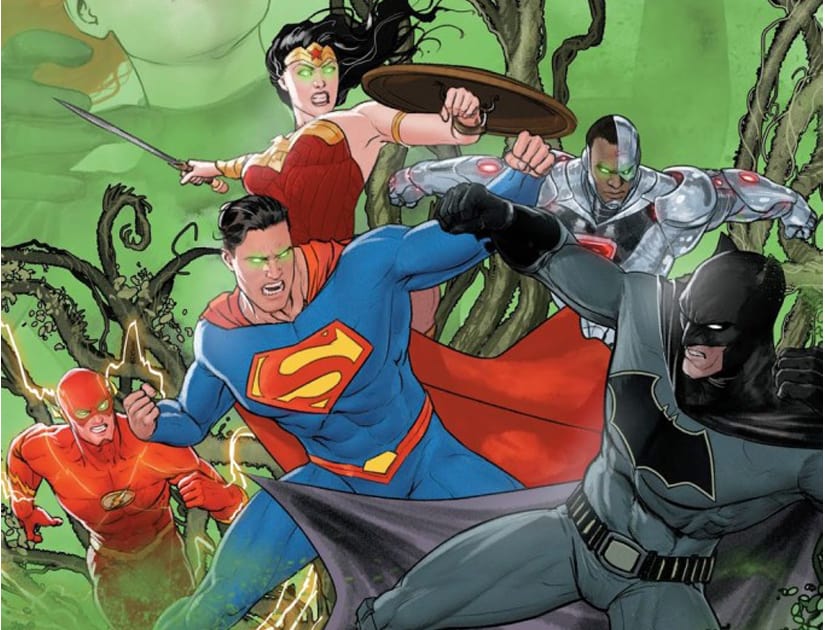 REVIEW: Batman #42 (Everyone Loves Ivy or The Ivy League)

Batman and Catwoman are the only two humans on Earth not under the Mind control of Poison Ivy. They are confined to Wayne manor, and Poison Ivy has sent the Justice League to keep them there.

Having prepared for this eventuality, Bruce has handy a serum to counteract Ivy’s Pheromones that took control of the entire Human Population of the Planet. It seems the Meta Humans and the Aliens as well. He was swift enough to inoculate Selina as well. So these two are the only ones free of Pamela Isley’s Mind control.

Superman is dispatched to cover the whereabouts of Batman and Catwoman, and they are confined by Ivy to the Wayne Manor. By the way she knows who Batman is now. So does everyone connected to her, but it seems like they have no memories or recollection, all they do is channel her like a Radio station.

END_OF_DOCUMENT_TOKEN_TO_BE_REPLACED 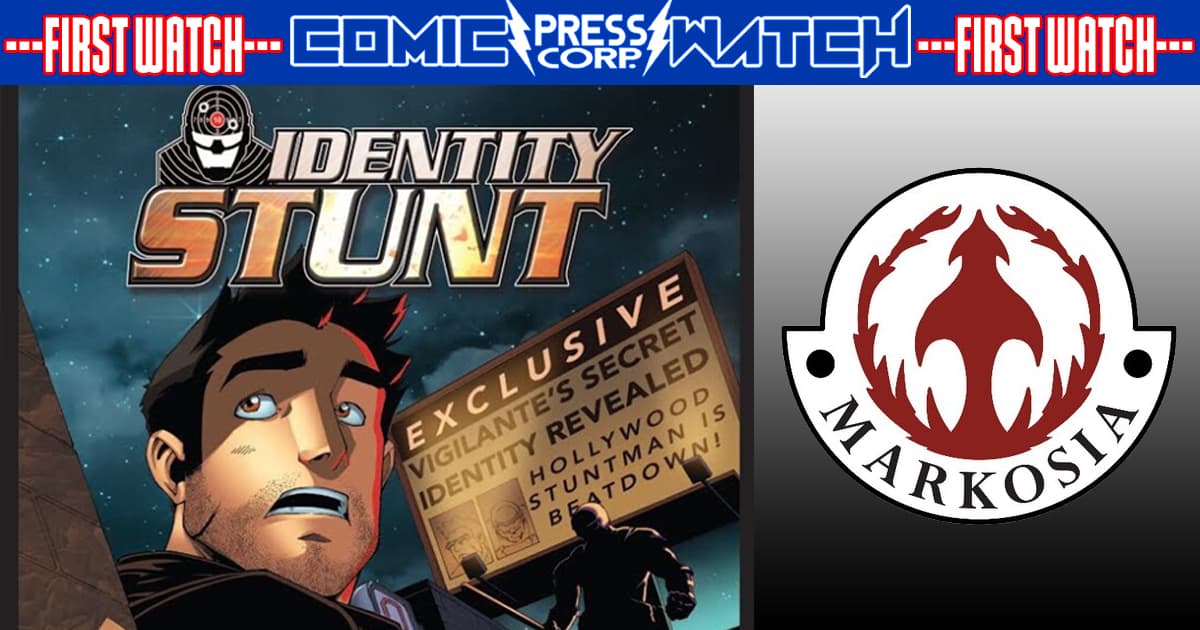 Markosia Enterprises recently announced the release of a brand new comic book series: Identity Stunt. Capturing the bombastic tones and dialogue of ’80s and ’90s action films, Identity Stunt is a relentless odyssey involving complex characters, a touch of romance and a fistful of masked lunatics. It’s Lethal Weapon meets Unbreakable in an era of viral media and “fake news.”

END_OF_DOCUMENT_TOKEN_TO_BE_REPLACED 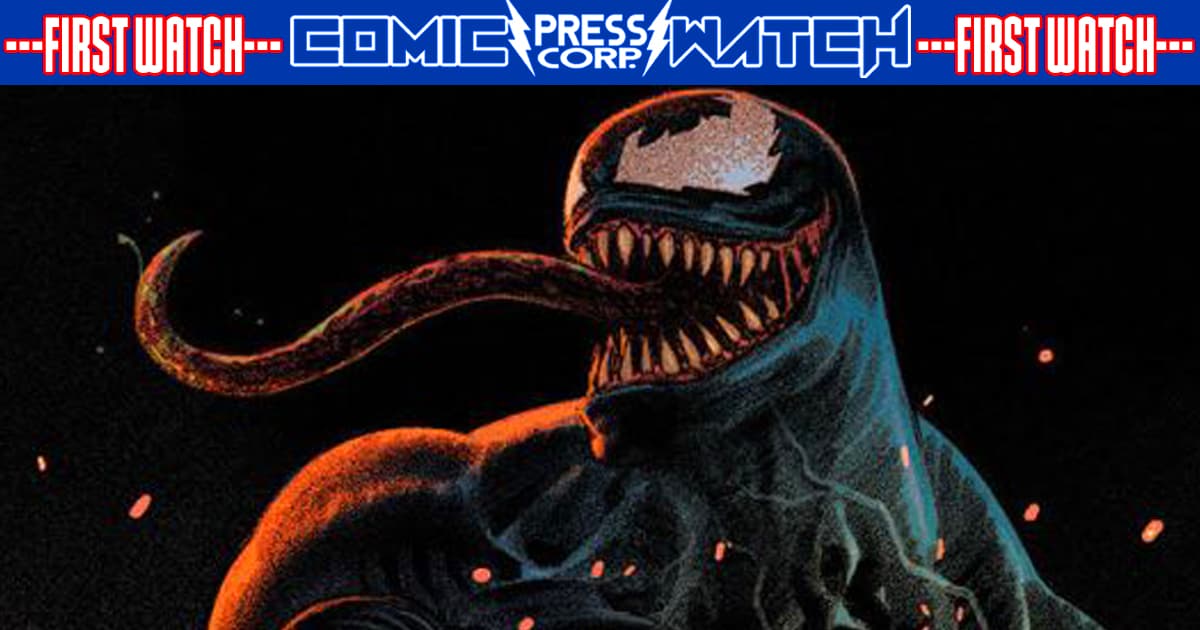 In preparation for Venom’s 30th anniversary, get ready for 20 key moments showcasing the symbiote’s epic history. These anniversary covers will feature art by some of the industry’s top creators and rising stars, including Mark Bagley, Mike Perkins, Francesco Francavilla, Ron Lim, Inhyuk Lee and more!

END_OF_DOCUMENT_TOKEN_TO_BE_REPLACED 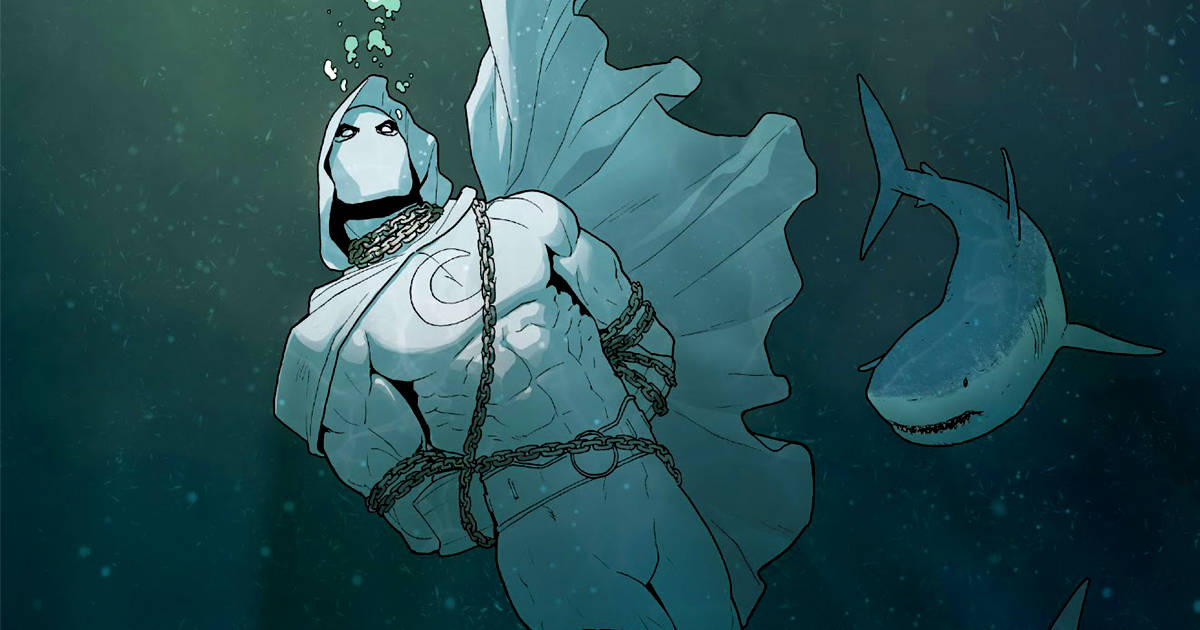 The Sun King, with the help of new villain Truth and Moon Knight’s nemesis Bushman, have kidnapped Spector’s former girlfriend Marlene. With no other choice in sight, Marc Spector heads off to the Sun King’s hideaway – a tropical island paradise! But there’s more than meets the eye in this issue and nothing is as it seems. It would appear the tropics are going to be no vacation for the Fist of Khonshu!

END_OF_DOCUMENT_TOKEN_TO_BE_REPLACED

Marvel Entertainment is excited to announce that writer Chip Zdarsky will continue to bring his distinctive storytelling and ideas to Marvel in an exclusive agreement, as the multi-talented, Zdarsky joins ‘Marvel’s House of Ideas’ and releases two new annuals this June!

END_OF_DOCUMENT_TOKEN_TO_BE_REPLACED 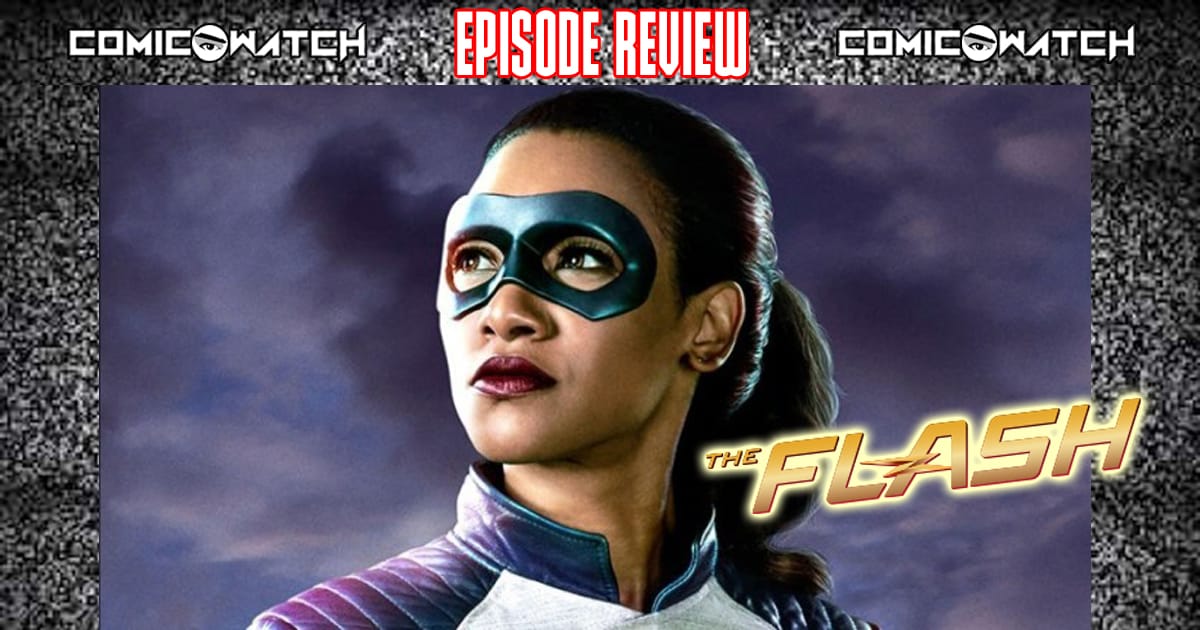 Sometimes heroes aren’t born, they’re made. Or their DNA has switched around and given abilities for an episode. Either way, Iris becomes something more for Team Flash, and for herself. A bus meta trying to help people by taking powers from dangerous metas accidentally switches Barry and Iris’s DNA, granting Iris the speed of the Flash. Will she be enough to protect Star City?

END_OF_DOCUMENT_TOKEN_TO_BE_REPLACED

Batman is now the most wanted individual in Gotham. But will the GCPD and the new GTO be able to stop him? Or will Neo Joker get in the way?

END_OF_DOCUMENT_TOKEN_TO_BE_REPLACED 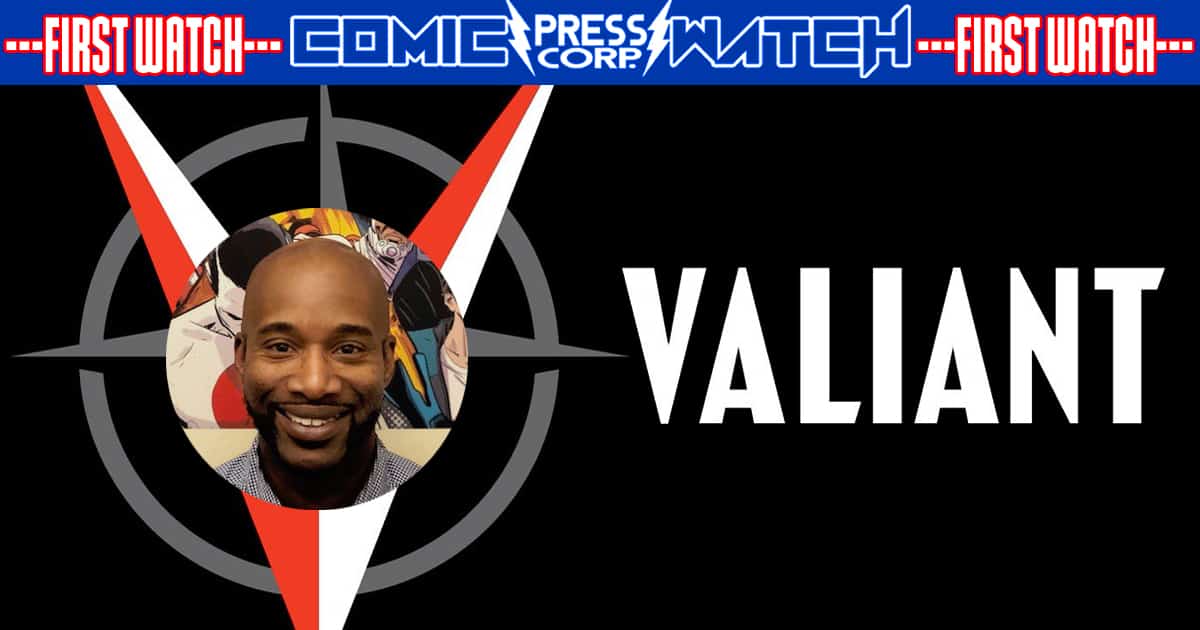 Valiant Entertainment is proud to announce that veteran editor, writer, and Eisner Award nominee Karl Bollers has been named to the position of Editor. In his new role, Bollers will assist Valiant Editor-in-Chief Warren Simons on an ongoing basis and contribute to Valiant’s critically acclaimed slate of monthly titles, including X-O MANOWAR, BLOODSHOT SALVATION, NINJA-K, QUANTUM AND WOODY!, and others, as well as the upcoming HARBINGER WARS 2 crossover event.

END_OF_DOCUMENT_TOKEN_TO_BE_REPLACED

BREAKING NEWS: COUNTDOWN TO AVENGERS: INFINITY WAR & THE FUTURE OF THE MCU!

As the Countdown to Avengers: Infinity War continues with ONLY 43 days remaining, hear what Kevin Feige has to say as one era comes to a close, and an ‘unknown future’ awaits the Marvel Cinematic Universe! Everything from diversity…to heroes reaching their ‘end’ to where Marvel needs to go in the next 10 years! Plus, the IMAX Trailer, AND CONFIRMED DETAILS ON SOME OF THE PLACES MARVEL, the AVENGERS & the MCU IS HEADED!*SPOILER ALERT!*

END_OF_DOCUMENT_TOKEN_TO_BE_REPLACED 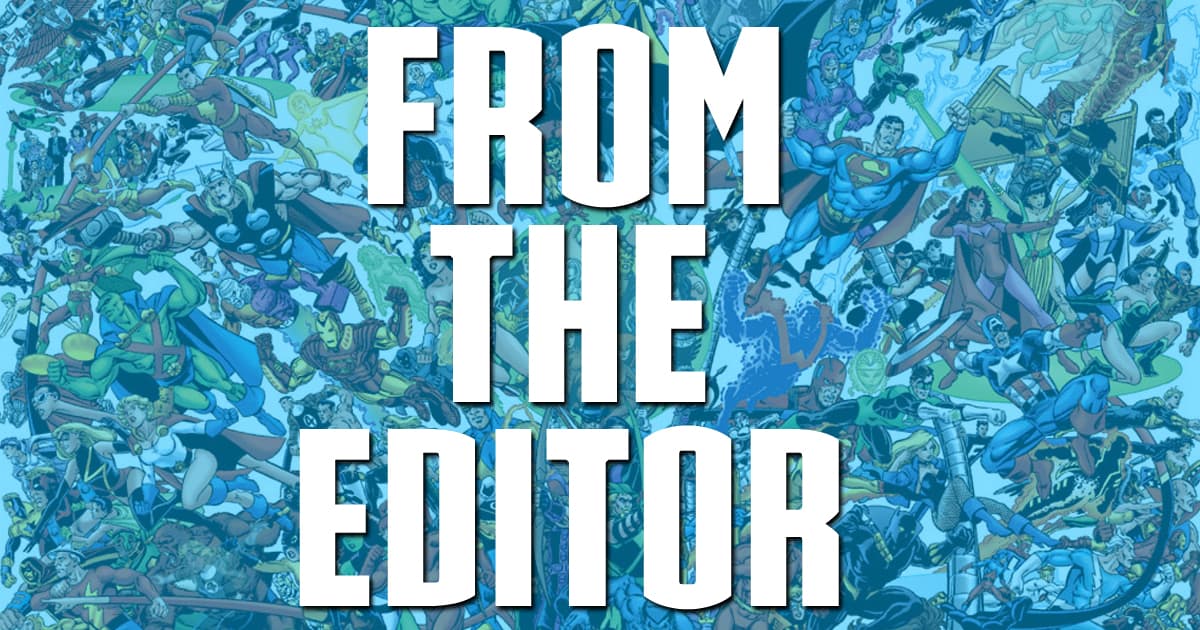 From its inception, by founder and Director of Operations Tyler Wing, to today and beyond, Comic Watch strives to deliver on its promise of quality coverage of your favorite comic books and comic related material.

END_OF_DOCUMENT_TOKEN_TO_BE_REPLACED 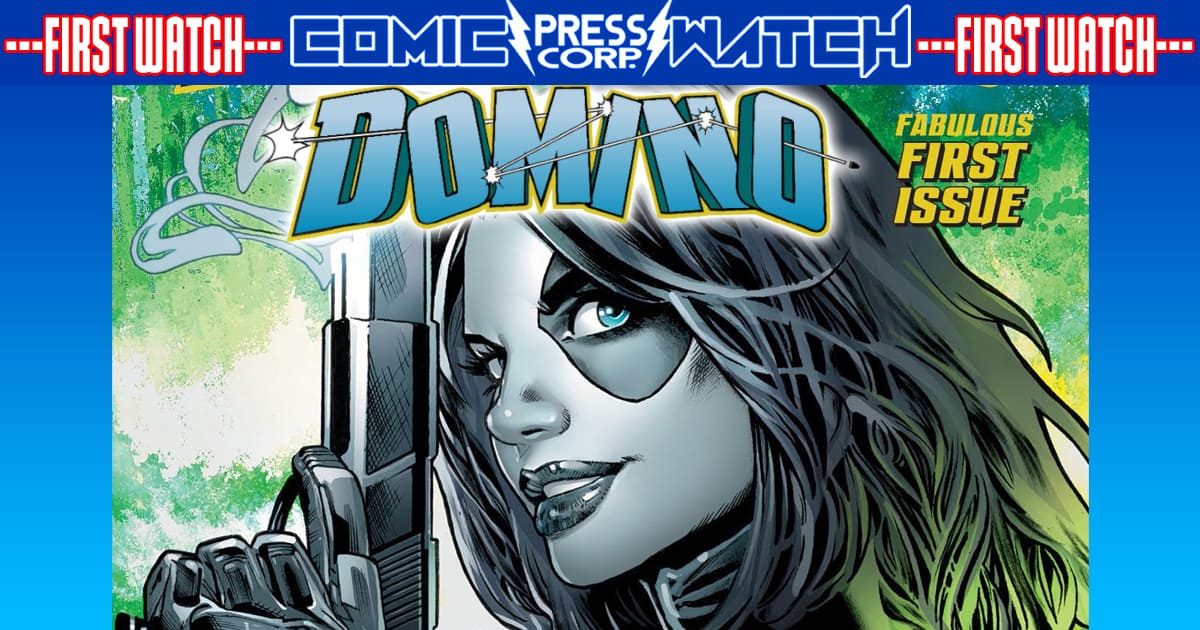 Marvel’s femme fatale returns to comic books this spring with the superstar team of Gail Simone and David Baldeon! DOMINO will unleash her risqué, hard-core action on the Marvel Universe in an all-new story — and Marvel has your first look at the issue that will kick it all off!