The Belmont family is a long line of Monster Hunters. They have been fighting for centuries, and eventually, when they faced the people of Wallachia, they were shamed and sent into obscurity, when the world turned their back on them. They were Excommunicated from the Church, and as such shunned by the people. Now the last descendant Trevor Belmont is all that remains of the line. He bears the family Crest on his Doublet and a chip on his shoulder from the family reputation. 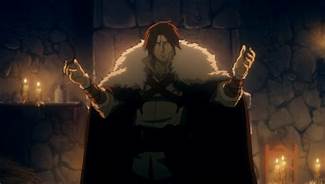 The Men at the Tavern are not impressed with the fancy talk or clothes. Trevor tries to brush them off, but one notices the Belmont Family Crest on his Doublet. Trevor tries to avoid the fight but it cannot be as the three men attack him. Trevor is noticeably drunk and rust as he puts it, and has much more trouble as the Tavern Keeper joins in on the Fray. He manages to defeat them and walks away a bit worse for the wear but OK. He vomits on the ground as the Tavern is silent, and we are left wondering if he kills the men or if they are just unconscious.

Trevor sits to reflect under a tree, while he makes his next move. He comes upon a devastated city with no gate. The Drawbridge is barricaded, and his only choice to enter is the Sewers.

As Trevor emerges from the Sewers he sees the devastation of the city first hand. As two men hurl a corpse over the side of a bridge to reveal a heap of corpses below. This is Gresit, a once holy city, now caught between a corrupt Priesthood and a nightly raid of the Horde of Demons.

Trevor walks through the market searching for his breakfast and taking in the local color. One man talks about the local politics, and he tells him the story of the Sleeping Soldier. A savior that will emerge from below the city in the time of the city of Gresit’s greatest need.

A man is confronted by two men who are garbed in priests robes. They tell the “Speaker” to leave the city or there will be trouble. And as he persists, they respond to the insult with a threat to kill him. Trevor is passing by but decides to interfere, as the priests attack the Speaker.

He issues them a fair warning, that goes unheeded, and with a swipe of his whip, he removed the staff from the attacker and the finger in which held it there. As the man winces in pain from the shock of the whip, he yells for the other man to kill Him! (a somewhat suspect thing for a Priest to say). He produces a Thief’s blade from his sleeve and he lunges at Trevor. He responds with lashing him about the face and removing his eye! The attackers are defeated and retreat. The man thanks, Trevor and he escorts him back to his home on the outskirts of town. 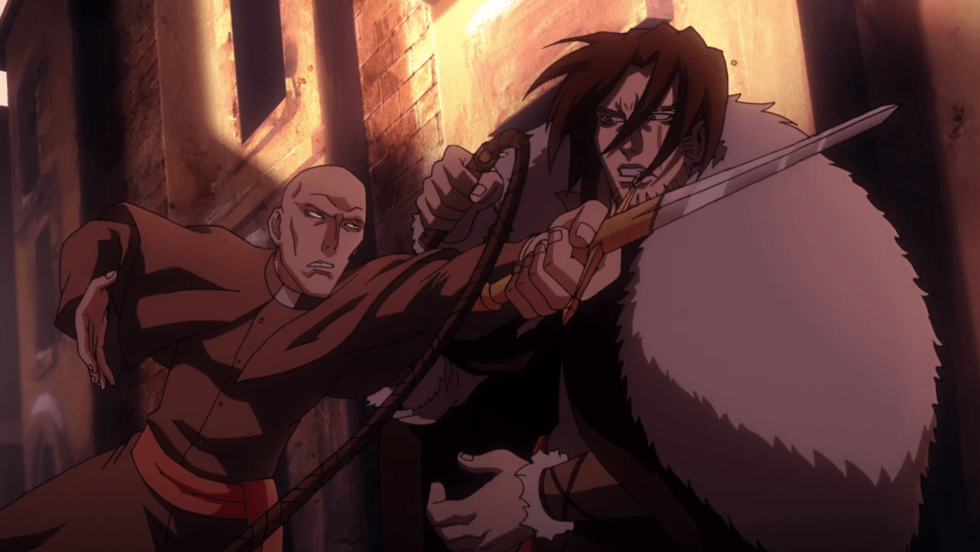 “Never seen a Priest carry a blade like that before.”

The Man tells Trevor that he is the Elder of the Cordii Speakers. They are the keepers of the history of All the Countries of Wallchia, and they keep the knowledge of all the civilization. They have been persecuted by the Bishop, who has told the people of Gresit that the Demon Horde was sent because of the presence of the Speakers. Trevor Pleads with the Elder to leave, but he will not. Not when the people need him more than ever.

The Elder tells him that there was one member of their group that left to the catacombs beneath the city in search of the Sleeping Soldier. They would not leave without their compatriot, who was incidentally a young Boy named Arn, and also the Elder’s Grandson. Knowing the Cordii Speakers are a nomadic tribe. Trevor asks the Elder if he finds Arn, would he and the Cordii leave the city.  The Elder Accepts and it’s off the Catacombs for Trevor.

Trevor Makes a deal with the Speaker, he will find their lost member, and they will leave town.

Rating: 7/10
Final Thought: A solid episode with action enough to please the casual fan and the devout Franchise fanatics. We get to flesh out the Character and the motives of Trevor, and it seems like a good setup to introduce some supporting characters. Trevor is nobler than he initially comes off and he seems to be the hero that we know him to turn into. Though rusty, his skills are more than enough to handle the brigands that he has since encountered. Trevor is in for an Adventure as he searches for the lost Cordii member. 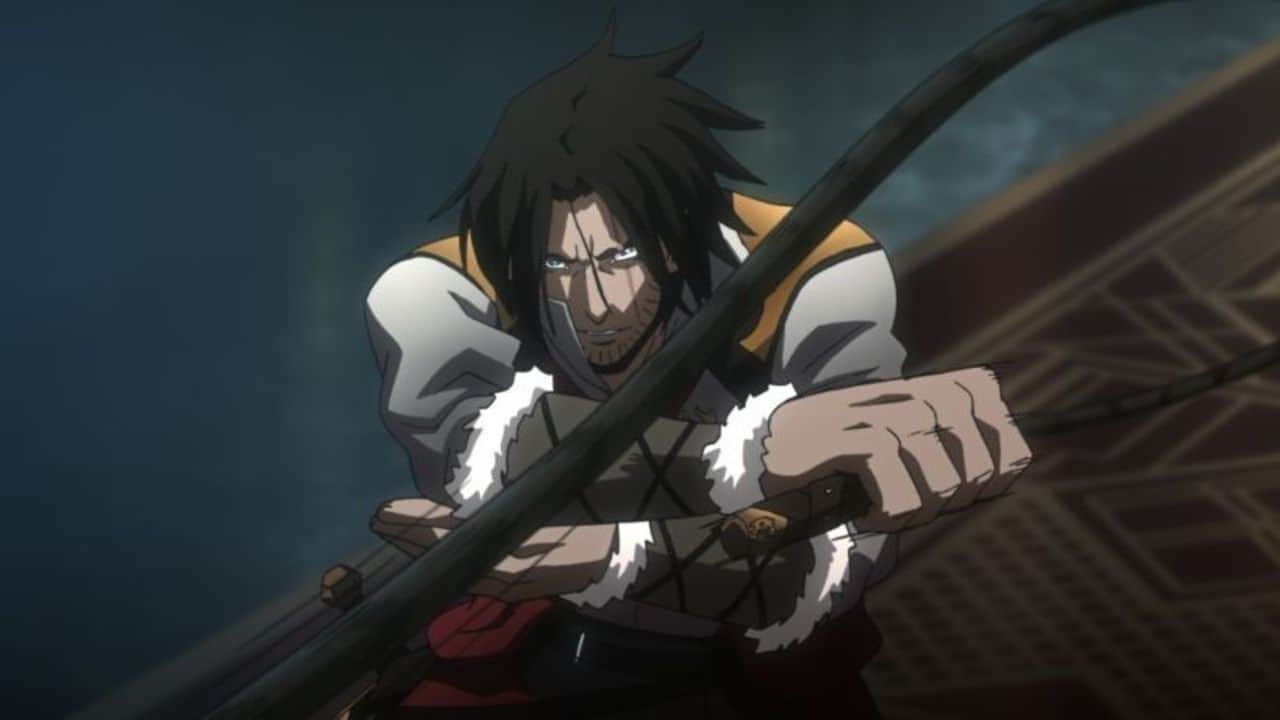