Cells at Work: Code Black Review: Cells Are People Too 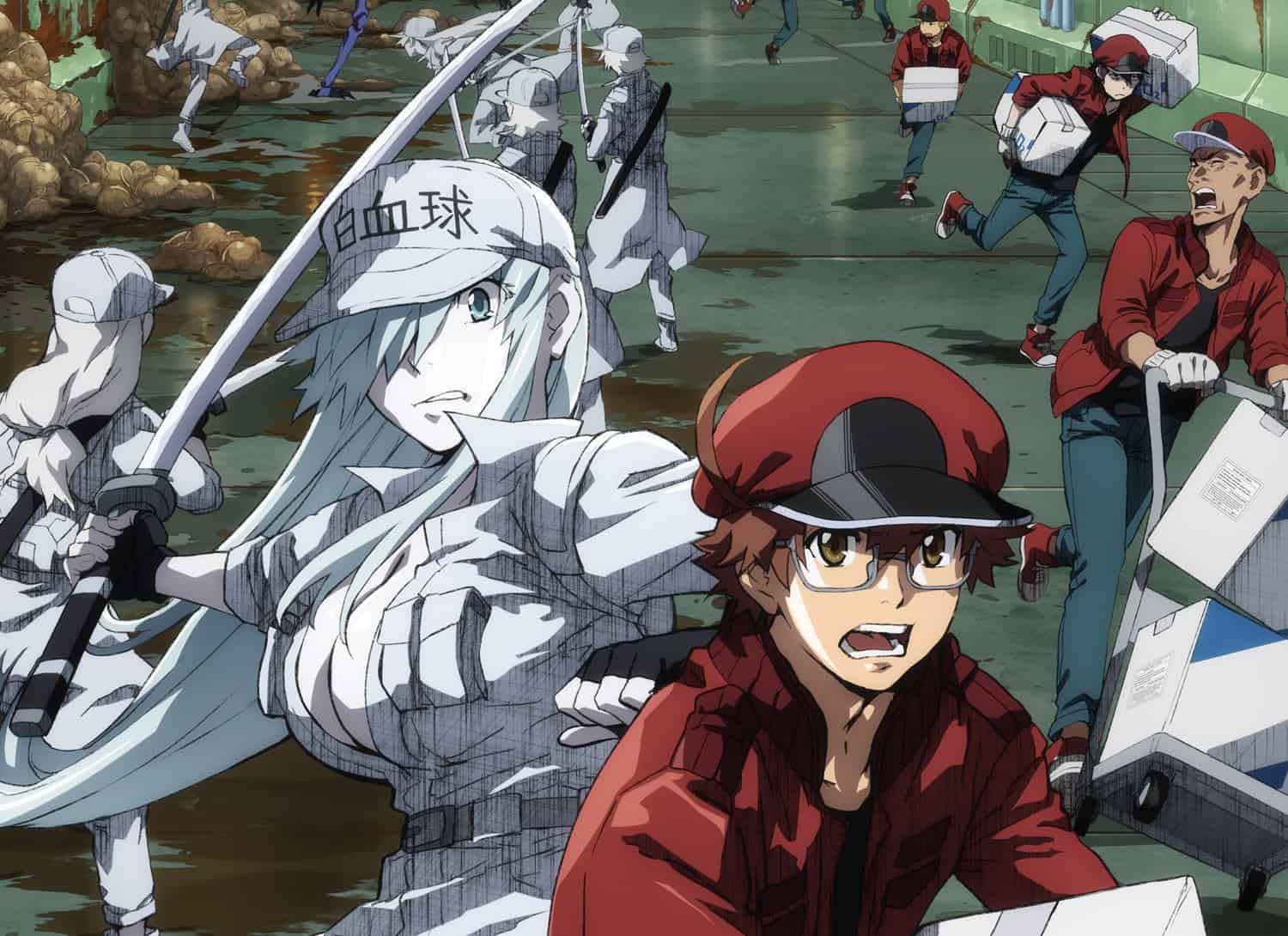 Have you ever thought about the trillions of cells within your body? Do you wonder how they travel, what they look like, or if any of them develop relationships with each other? Well, someone did. 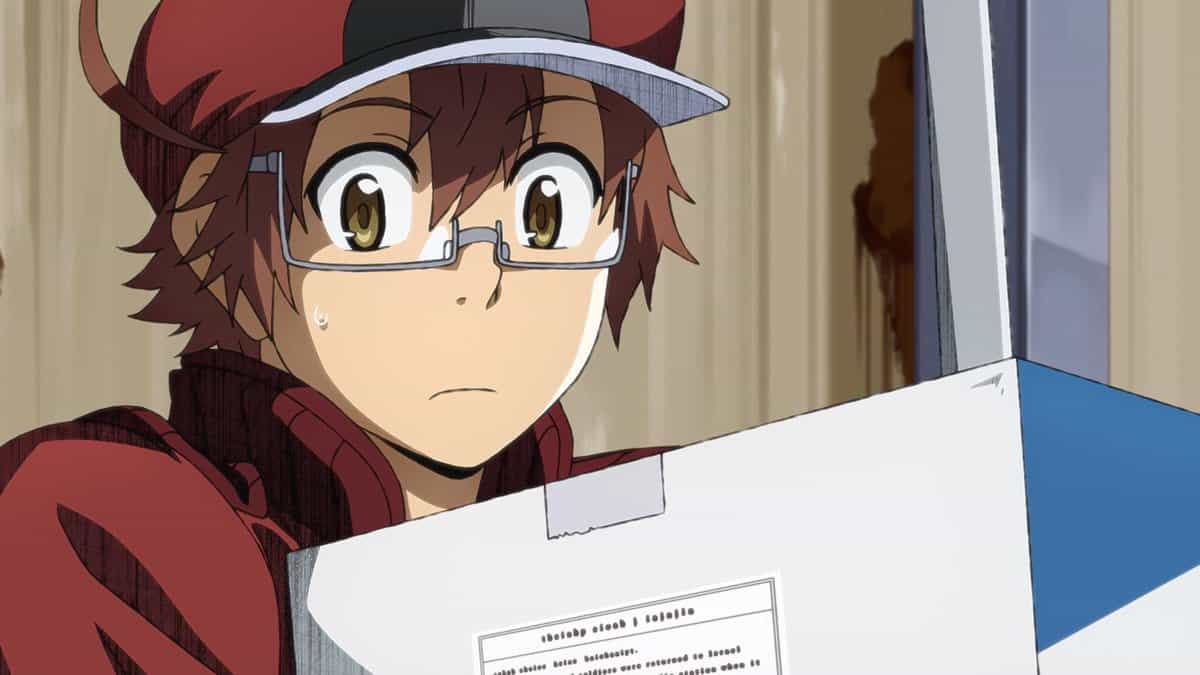 Cells at Work: Code Black takes place inside of an unspecified human body designed to appear as a major city. Cells have humanoid appearances and live in houses and apartments, the liver is a bar, and veins are roads and tunnels. Unfortunately, the human does not take care of himself; his smoking, drinking, and other poor life choices have led to the “Code Black” situation. Although there are literally millions of red blood cells in a body, the main character, AA2153, a rookie, tries to deliver oxygen to various cells and organs despite the dangerous conditions. From the beginning, it is clear that the jobs for the cells at work are extremely difficult, as each episode focuses on the body’s deterioration.

Cells at Work: Code Black is a spin-off and has the exact premise of Cells at Work, but the human in the main series clearly takes care of its body while Code Black’s does not. This simple but important distinction completely changes the tone from the lighthearted original series to dramatic, occasionally sad, and even disturbing in Code Black. Although not typically a cheerful watch, the darker themes ultimately make Cells at Work: Code Black more compelling and even more enjoyable.

AA2153 is initially a very motivated young man and is excited to begin his job delivering oxygen. The rookie red blood cell quickly runs into trouble on his route, however, as cholesterol blocks his path, demon-like pneumonia bacteria appear, and carbon monoxide fills the air. AA2153’s mentor, AD6614, standing amongst dead red blood cells, tells the rookie to suppress his emotions and do his job before sacrificing himself while trying to deliver his own shipment of oxygen. Although a character death to illustrate the “seriousness” of a show or movie is certainly a clichéd plot device that doesn’t always work, it was very effective to demonstrate the dire circumstances in which this rookie finds himself. Still, AA2153 is determined to do his job. 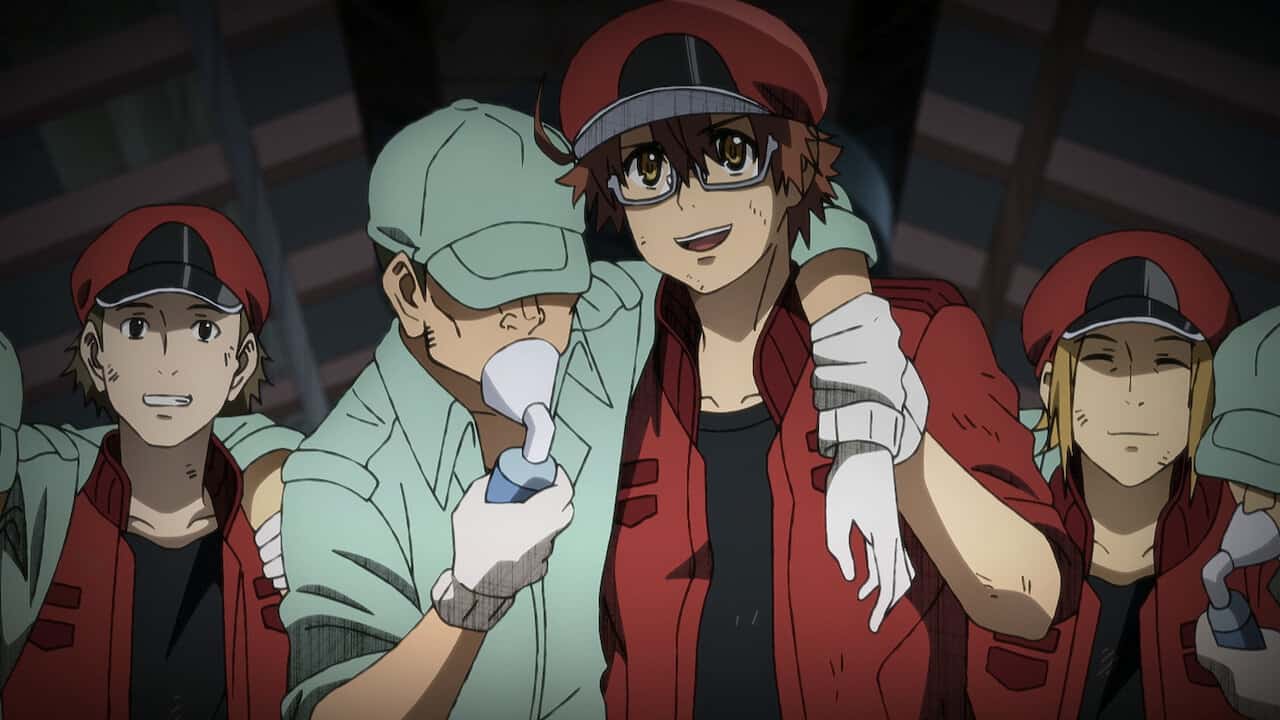 AC1677 is a fellow rookie and, although not nearly as motivated, befriends AA2153. The two frequently travel together and experience the same hardships as they try to deliver oxygen. Gonorrhea bacteria enter the body and it is up to U-1196, a white blood cell with the appearance of a young woman with extremely large breasts, and her team of fellow white blood cells to destroy the bacteria. Platelets, appearing as small children, are easily agitated as they must constantly repair damage to roads and tunnels, often arguing with the red blood cells who want them to work faster. Gastric Chief Cell appears as an overweight, bald, middle-aged man who barks orders at those around him. Kidney stones, a stomach ulcer, hair loss – there is always something terribly wrong in the body, but nonetheless, AA2153 never loses hope as he experiences some of the worst possible situations and sees how hard the human’s decisions make the jobs of cells and organs. Undaunted, however, AA2153 manages to save the human.

A blood clot forms and it is essentially a mass of red blood cells stuck together into a giant ball. This mass will eventually suffocate the body as the remaining red blood cells cannot travel to the lungs to deliver oxygen. AA2153, however, diverts his coworkers through the brachial arteries into the lungs in the hope that this will sustain the body until the clot dissolves. Of course, his plan works, and the rookie is regarded as a hero. Unfortunately, despite the ever-present dark tone, Cells at Work: Code Black has one surprising, extremely emotional moment. 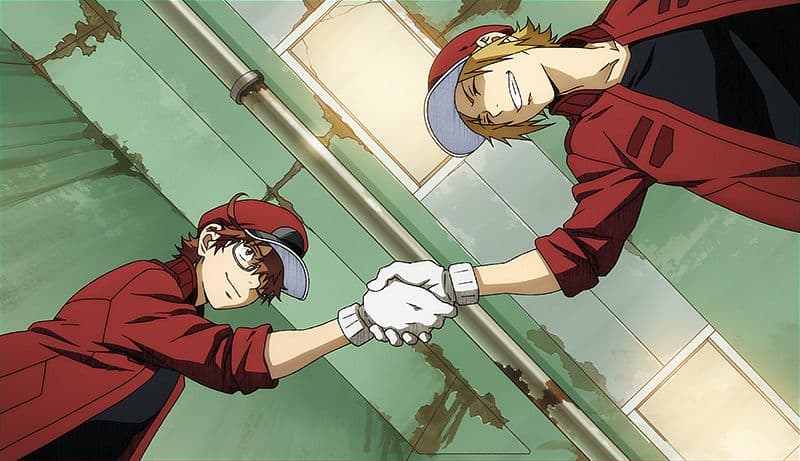 AA2153 and AC1677 are among many red blood cells delivering oxygen to the stomach as Gastric Chief Cell tries to deal with a stomach ulcer. U-1196 and her team battle bacteria that enter as stomach acid splashes and kills many cells who are present. A tremor causes AA2153 to fall toward the lake of acid but he is pulled to safety by AC1677, who then falls into the acid himself. Devastated by the loss of his friend, AA2153 confines himself to his apartment and refuses to work.

Although AA2153 is certainly Code Black’s main character, AC1677 was almost always by his side and admired his fellow rookie’s hard work and positive attitude. A bit of a slacker, he was nonetheless a loveable character with natural charm – his death hit extremely hard. AA2153 struggles through grief, even traveling to the spleen and begging to be killed. The young man is broken and no longer understands why he should try to take care of this body when it does not take care of itself. As he lashes out to those around him, U-1196 hugs him and reassures him that AC1677’s death was not his fault. With a renewed resolve, AA2153 works through the scariest conflict the body has seen – a heart attack. Saved by defibrillation and a stent, the human stops smoking and drinking and begins living a healthier lifestyle.

Cells at Work: Code Black is a vivid illustration of the effects that a person’s choices have on the body. However, Code Black is not preaching that the viewer should never consume anything potentially bad – it shows what excess can do to a person. The primary cast function to help the body so it is easy to cheer for them, which make their joys and defeats very impactful. This anime may rarely seem joyous, but it is certainly enjoyable, so I highly recommend Cells at Work: Code Black. Whether you prefer subtitles or dubs, Funimation currently offers both for Cells at Work: Code Black, so get to work and watch this anime.

Cells at Work: Code Black Review: Cells Are People Too