Masterpiece or Trainwreck? It Seems Fate Can Change After All. Fate/Apocrypha: Season 1 (Anime Review) 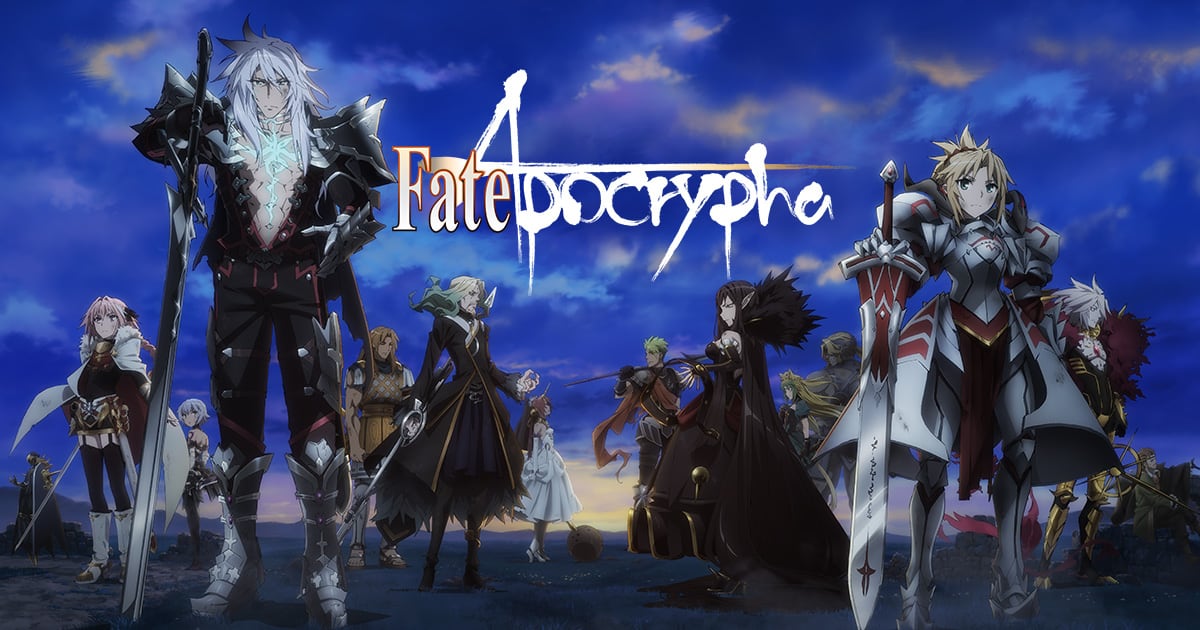 The holy grail war is on once again but this time fourteen servants, factions of red and black all compete for the greater grail and a chance to have their wish granted.  Does Apocrypha live up to the legacy of the Fate series?

The story starts with a grandiose battle between the servants of red and black before backtracking to introduce a larger cast of characters and their servants which all fall into eight classes: assassin, caster, rider, archer, berserker, lancer, saber and eventually a ruler. The clock tower responds to the declaration of war by the Yggdmillennia who stole the grail 60 years prior. One thing that is important to note is that this series is a standalone story and you don’t need to see any of the others. 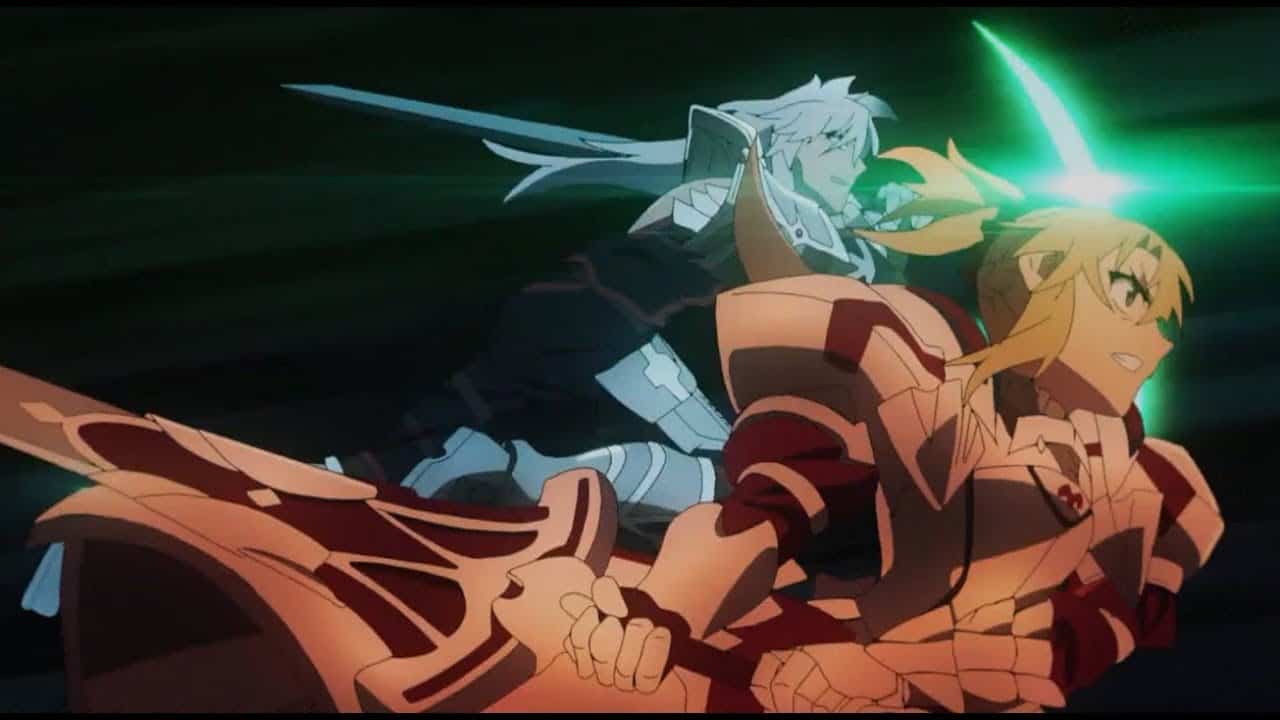 Apocrypha takes place in an alternative reality in which the grail mysteriously vanishes before reaching its zenith during the 3rd holy grail war. The Yggdmillennia, a family of disgraced mages openly abscond from the mage association after taking possession of the holy grail in a maneuver to regain prominence among their peers. The mage’s association responded by sending their own masters and servants and consequently changed the war in a manner that is unprecedented, resulting in 14 servants, (as opposed to the traditional 8 classes,) summoned from various junctures throughout history famed in one manner or another for their story and influence. As these events occur in an exceptional manner, the grail itself summons its own servant, a Ruler class, with a near-omnipotent Noble Phantasm to govern the conflict. 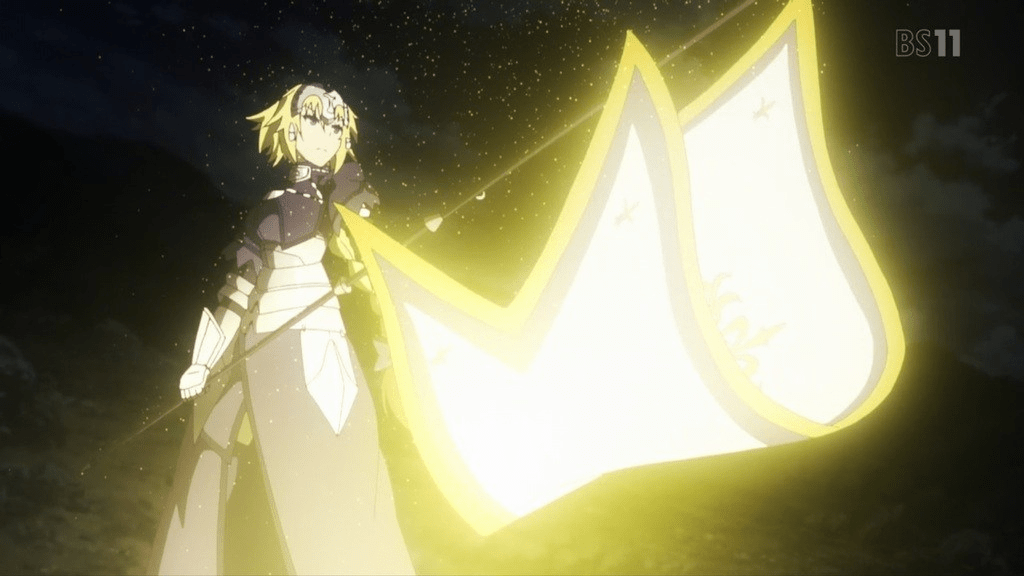 This series features a number of highlights. Foremost among them being Sieg a homunculus who gains free will and struggles with the concept of morality and what it means to be human after the Saber of Black Siegfried sacrifices his own existence and gives his own heart and thus averting the inevitable fate of the homunculus’ limited, empty lifespan. Jeanne d’Arc, the Standard-Bearer takes Sieg into her care. Gifted with unusually high magical abilities, Sieg discovers that he is able to assume the form and abilities of Siegfried. With Jeanne’s aid, he decides to enter the Grail War with the aims of winning the freedom of his fellow homunculi. 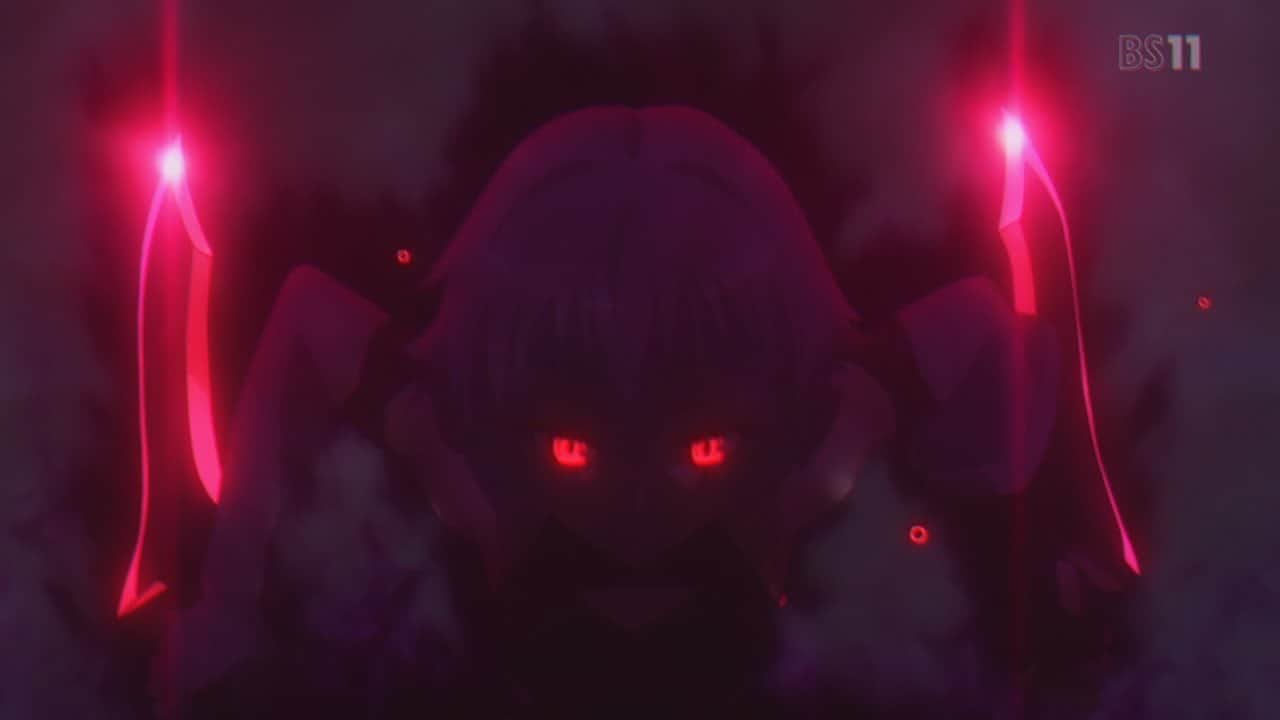 Jack the Ripper (Assasin of Black) Although there are numerous theories about who Jack the Ripper could have been, she is one interpretation of the series of gory murders in 19th Century England. Her true nature is that of a collection of wraiths born from the aborted children of prostitutes in Whitechapel, London. – Source: Type-Moon Wiki

Shirou Kotomine appears again, diverging from the outcome of Fate/Stay Night, and assumes the role of the second ruler. In short, Shirou initially masquerades as the second mediator but ultimately dismisses the precepts of the war’s restrictions and responsibilities and supplants himself as the master of the red faction by controlling 5 red masters. Though the masters are firmly within his control, their servants are less cooperative and suspicious. Despite their apprehension, Shirou plots strategy, outlining each of the black faction’s servants by name and the manner in which to defeat them. 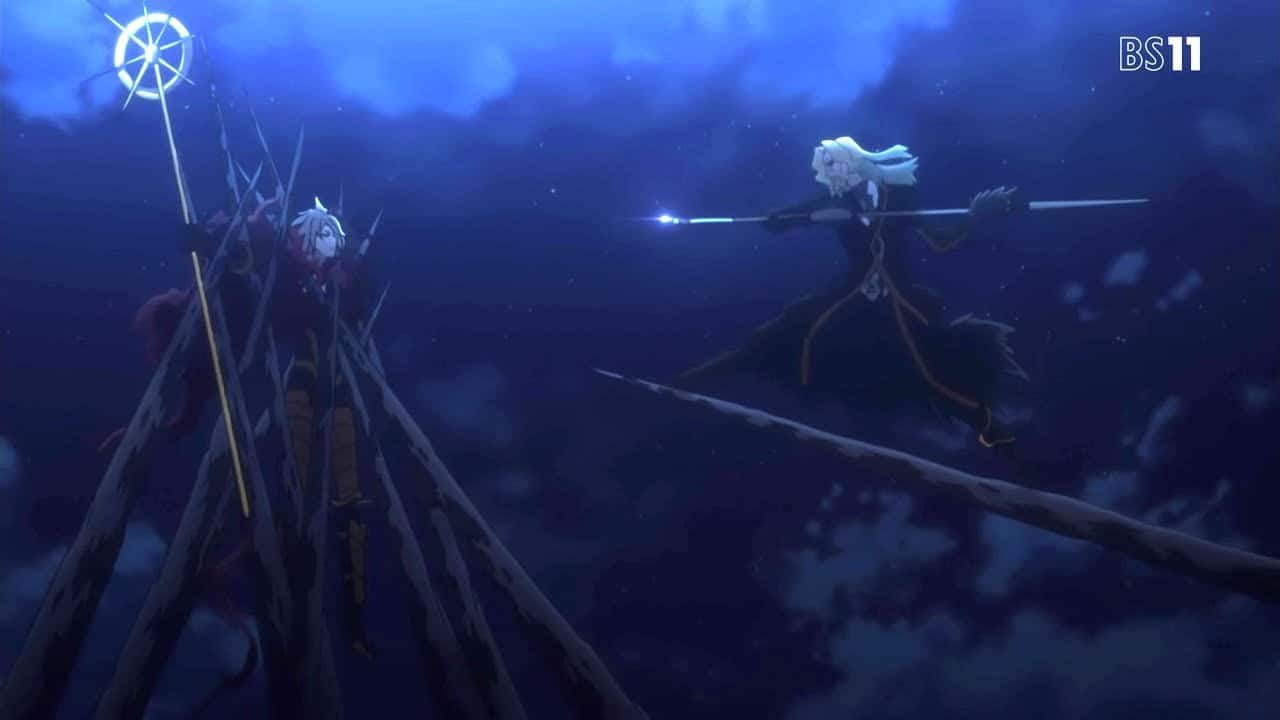 It isn’t long before the first initial encounters launch both factions into a full-blown battle with highlights being the encounter between Caules, Frankenstein’s monster and her battle against the Mordred, the high king Arthur bitter and vengeful son, resulting in her self-sacrifice. Sparticus’s rampage. Vlad’s forced transformation into Dracula by way of the use of his forbidden Noble Phantasm, forcing the servants to halt their individual battles and form a temporary alliance to defeat the Impaler. Soon after, Jack the Ripper, the assassin of black goes rogue and terrorizes the local townsfolk by unleashing a murderous rampage. Allegiances shift with servants switching sides either through lack of choice or greater opportunity.

Fate/Apocrypha is ultimately misses due to its large cast of characters, most of which don’t really get much attention like in the initial masterpiece Fate Zero, or subsequent Fate/Stay Night and Fate Grand Order adaptations.  Some characters are only there to fill the screen and are written off quickly before gain any real affinity for them. The character design is very decent, and the battles can look amazing depending on importance but too often the sequences are rushed and lack the context of their predecessors. The show also has an issue with its overall portrayal by jumping consistently between serious drama and straight fan service. As I prefer the more mature serious tone set by the original Fate Zero production, I feel this is where A-1 and Aniplex ultimately jumps the shark and failed. Apocrypha has all of the tools and story to set itself as the strongest installment within the franchise with its climatic overtone and narrative but I honestly cannot wrap my head around the abrupt and cloying drop-offs in the mood of almost every episode. Probably the most notable example of which being Rider, Astoflo. To check myself, I did a surface search for individual fan reception and review and found that as a majority, most Fate fans echo my sentiment.

Since Fate Zero, each installment has become less dramatic, intense, and vivid than the next. Beginning with Stay Night, there was a noticeable change in narrative direction. Each of the masters became a bit less palatable combined with behavior that was a stark contrast to the foundation in Zero. Though not nearly as strong in terms of overall storytelling, Stay Night’s saving grace laid within its enhanced graphics and battle scenes. Very little changed with the exception of detail within subsequent Blade Works editions.

Barely worthy of reference, Fate Grand Order, a single episode adaptation of the game of the same namesake continued the degeneration of key elements that made Fate a series that still holds up even compared to current offerings within the same genre. Again there were intriguing new twists on classes, heroic lineage, and overall concept, but a total abandonment of climate and characteristics.

Perhaps the primary Japenese/Asian markets support what I can only refer to as childish and mindless fanservice, but as an adult consumer, it leaves me yearning for a return to a narrative grounded in maturity and drama depicted within the original foundation and source material of the franchise and a total relaunch in direction. Though I am eagerly anticipating the arrival of Heaven’s Feel, I have a nagging feeling that the current trend will yield the same results.

Rating: 5/10
Final Thought: Despite hailing from a legacy anime franchise and having all the right elements, Fate/Apocrypha simply doesn’t match the standards set by the previous series and is a bitter disappointment. Stopping just short of a total trainwreck, this anime is best watched only when you have caught up on the rest of your shows. We deserve better. Here’s to hoping Heaven’s Feel redeems the former esteem of the Fate name.