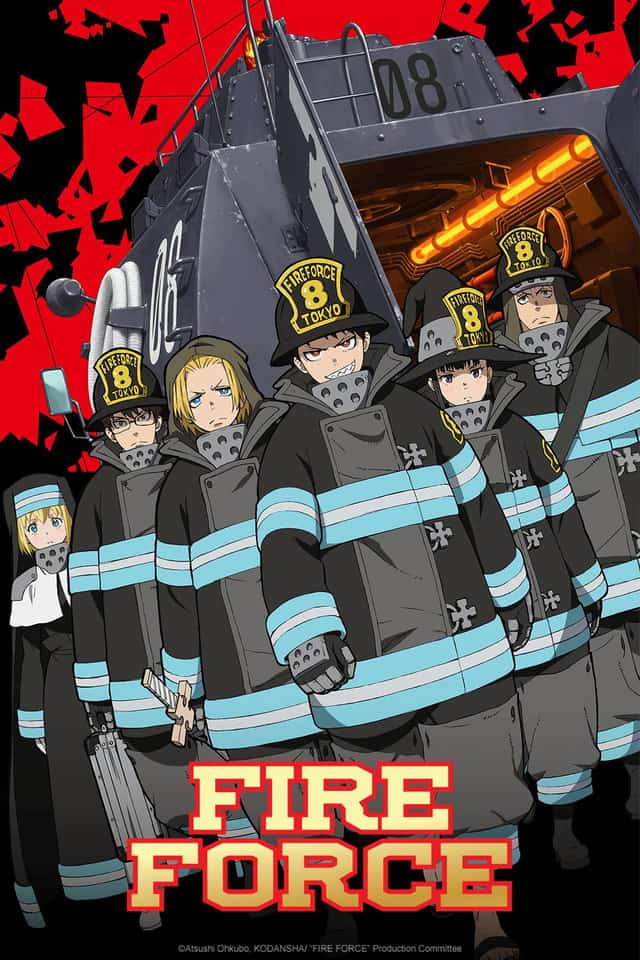 On his first day with Special Fire Force Company 8, Shinra Kusakabe, a third-generation pyrokinetic who is able to produces flames from his feet, meets his fellow company members and begins to fulfil his wish of becoming a hero.

Fire Force is primarily the story of Shinra Kuskabe as he joins the Special Fire Force Company 8 in his personal quest to become a hero. Though this motive is something we have certainly seen before, everything else about this series is wildly original and exciting. 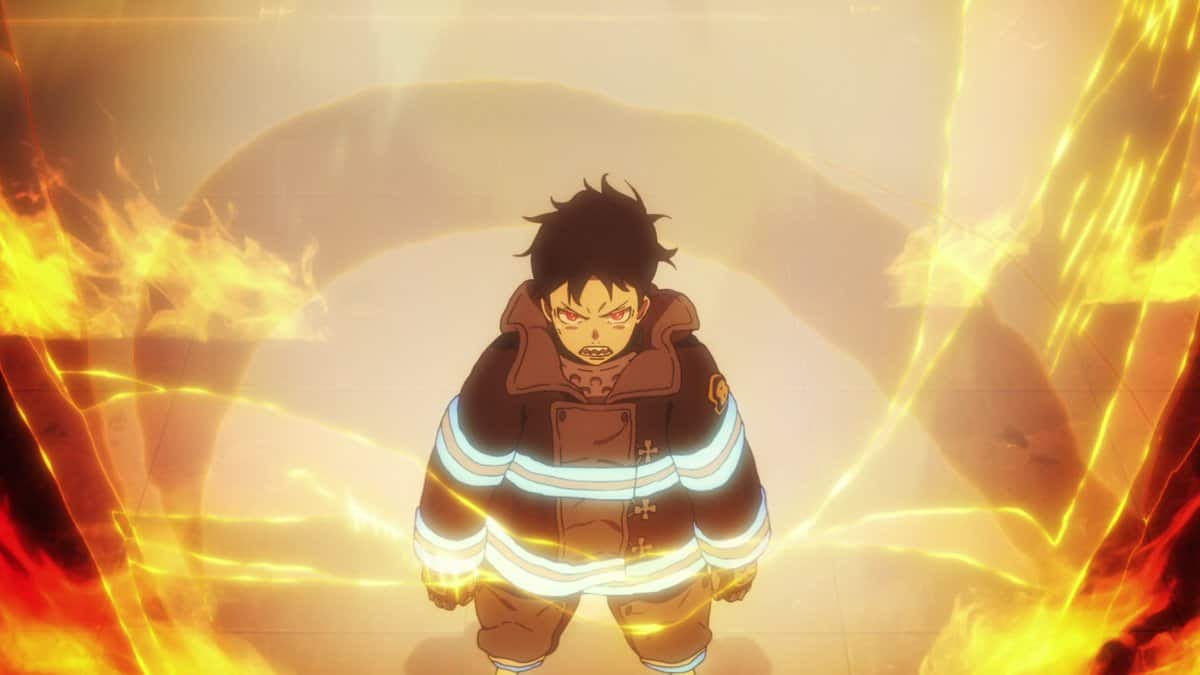 From the cast to the environment to the actual animation itself, this feels like a series that hits the ground running with excellent execution. We dive right into the story with Shinra joining company 8 and showing his potential with a beautiful fight against an Infernal, which is a human gone mad after spontaneous combustion in this world. The dialogue usage is minimal, only conveying what seems to be necessary in favor of focusing on the action, but the range of personality from the members of company 8 immediately creates an engaging dynamic that keeps you wanting more.

Although there is a lot of interesting lore established such as the multi-generational pyrokenetics and their abilities, it’s the story behind the Infernals that feels like the true hook of the series. They are equally heart wrenching and terrifying. Their presence sets the stage for Shinra to pursue his dream of being a hero because it hits crucial notes like the basic human struggle for survival against seemingly random instances of disaster. You can’t help but relate to the fear of spontaneous combustion, but the mission of these Special Fire Force Companies is to ultimately dispose of the Infernals that result from this traumatic event. This sets up a moral conflict that is sure to cause a rift as the series continues. 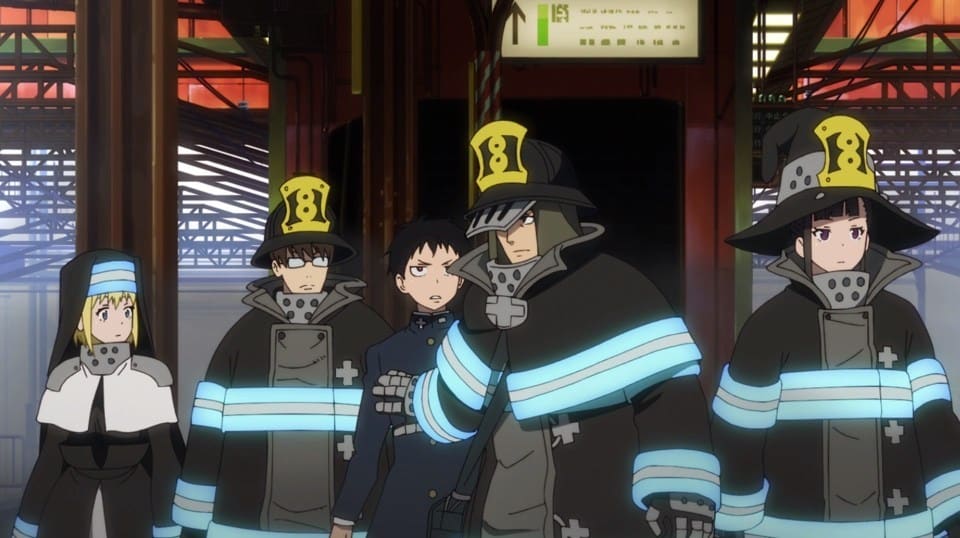 Aside from all the intense action, there is plenty of humor and intimate character developments to make you care actually care about what is happening. It doesn’t rely solely on the whimsical concept to engage viewers, which is too often the case in more recently released anime series. The religious aspect is the wildcard that will keep you guessing, but for now, the prayers of the Sisters brings a solemn seriousness to the circumstances. These aspects all combine into an anime that feels fully realized and full of potential.

If this episode is a good indicator for what the rest of season 1 holds, it seems we are in for a visual spectacle with plenty of heart! This is some of the best animation in current anime alongside Demon Slayer and of course, My Hero Academia. As we follow Shinra’s journey to becoming a hero as a member of the Special Fire Force, it will certainly be interesting to see how he manages to successfully integrate himself into the expectations of the Fire Force companies while balancing the pursuit of his own dreams, all while unlocking his true potential as a third-generation pyrokinetic.

Fire Force kicks off with a truly powerful first episode featuring some of the best animation in anime today, this is one you won't want to miss!