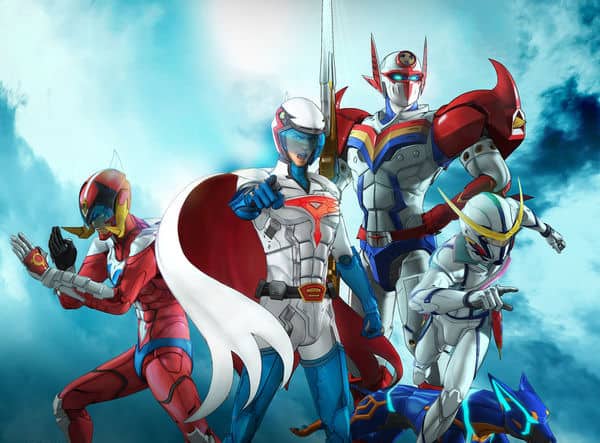 Four characters from Tatsunoko’s brand of superheroes join together in this special crossover series to celebrate the company’s 55th anniversary. Tatsunoko is best known for classic anime series like Speed Racer, Samurai Pizza Cats, and the Macross/Robotech franchise.

Based on characters created by Tatsunoko Productions

What You Need To Know:
If you don’t know what Tatsunoko is, there are what you would call “the Hanna-Barbera of anime”, as they’ve been around since the 1960s and still produces anime today. A number of their works have been released in English, including their most well-known one – Speed Racer. Unfortunately, Speed doesn’t take part in Infini-T Force and you see other Tatsunoko characters instead. That said, you don’t have to know these characters well enough to enjoy this series.

What You’ll Find Out:
Emi Kaido is a 17-year old with a devil-may-care attitude, as she spends most of her time living by herself and hardly sees her father. She’s pretty much done with the world and pushes herself over the edge just to fill the emptiness inside her. She got her wish as she encounters four heroes that came from different worlds – Ken “The Eagle” Washio, who fights under the code name ‘Gatchaman G-01’; Takeshi Yoroi, a young detective that can transform into the hero known as ‘Hurricane Polymar’; Joji Minami, an astronaut who battles aliens as the Space Knight ‘Tekkaman’; and Tetsuya Azuma, a teenager who is in reality the combat cyborg ‘Casshern’.

The four heroes are looking for the man known only as ‘Z’, who destroyed their worlds using an item known as the ‘Case’, which has the power of granting wishes to any person that possesses it. Ken was able to take the Case off of Z, and is now in the hands of EMI, under the guise of a large pencil. The heroes must band together to protect Emi and her world from Z, who will stop at nothing to reclaim the Case. 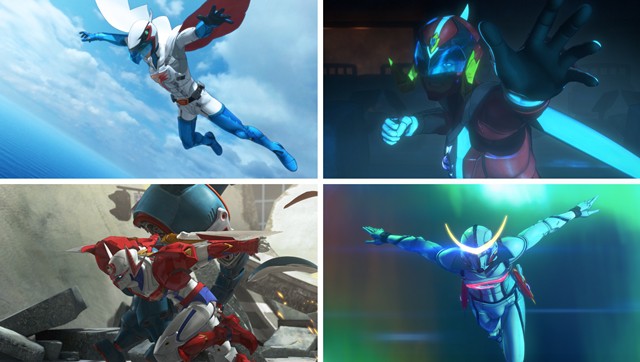 What Just Happened?:
Infini-T Force takes the protagonists of the four Tatsunoko shows – Gatchaman (aka Battle of The Planets aka G-Force aka Eagle Riders in the US), Hurricane Polymar, Tekkaman, and Casshern, and put them into a single crossover story that brings them together. The great thing about this concept is that you do not need to know any of the Tatsunoko shows to get to the characters. The first few episodes allow a quick introduction to the foursome without diving too deep as to the lore of their respective series – just enough to know they are heroes who now have to band together for a common cause. In a nutshell, Infini-T Force introduces the characters in the most basic manner, yet it’s so well executed I’d wish this would’ve applied to the DC Extended Universe films, which were criticized for the way they handle the introduction of the Justice League.

One thing you will notice with Infini-T Force is that the entire series is done in full CG. CG in anime has taken quite a bad reputation among fans (the Berserk series from 2016 being one example). In the case of Infini-T Force’s CG animation, you’d get the impression you’re looking at cutscenes from a PS4 game. This shouldn’t come as a surprise as it is done by Digital Frontier, who HAVE produced CG animation for the PS4, such as the Yakuza series. They are also responsible for the animated Resident Evil movies “Degeneration” and “Damnation”. While Infini-T Force doesn’t have the same caliber as the rest of Digital Frontier’s works, they’re not much to complain about either except you’ll be hardly seeing them in a variety of clothing or setting.

If you’re familiar with the Kamen Rider franchise (if not, then at least Power Rangers), Infini-T Force follows the same formula, only in a continuous 12-episode arc: You get cool opening and ending themes with accompanying intro and outro; our heroes get the usual dose of character conflict; we get to see the baddie of the week; the hero or heroes resolve their personal conflict; transformation sequence; fight scene; heroes win, and we set up for the next episode. Some may not like this kind of formula and I, for one am one of those because it’s quite predictable how each episode goes. After all, this is the staple in Power Rangers and other similar shows. That being said, the formula actually works well in Infini-T Force and gives each character their chance to show off before things get intense in the later episodes. 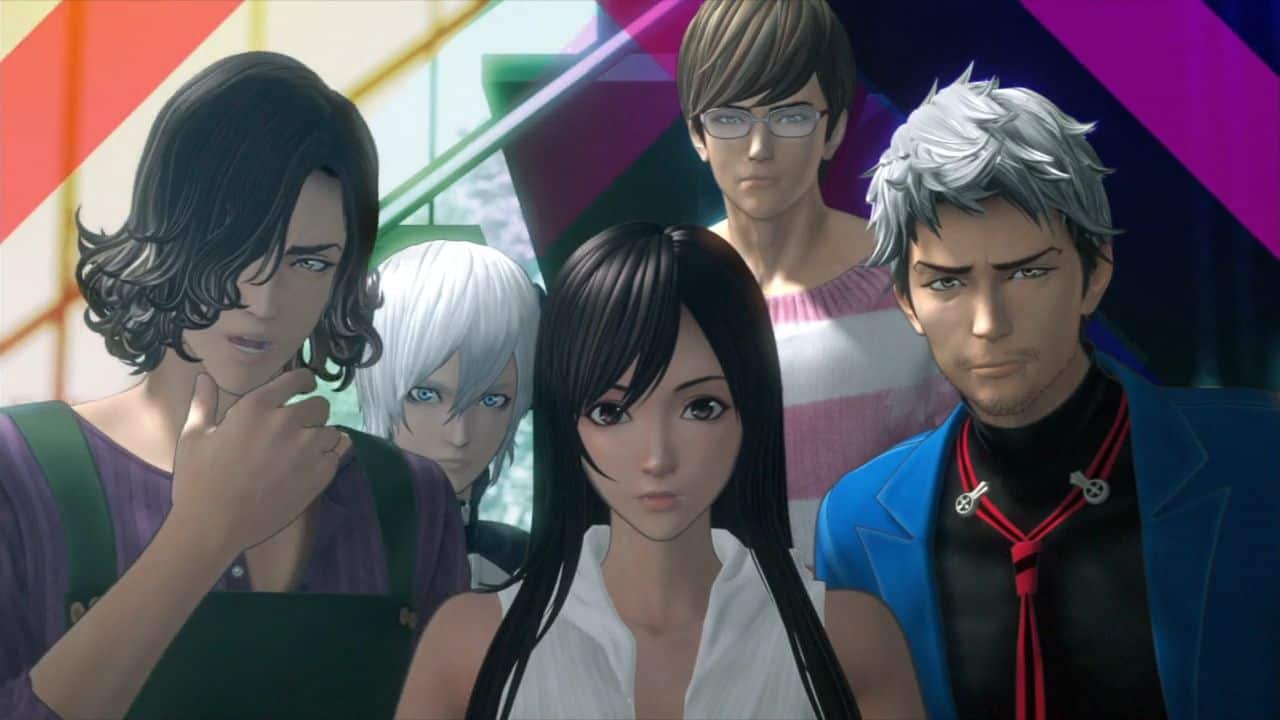 As someone who has watched shows from the Tatsunoko brand in the past, the nostalgia factor does play a role in my appreciation for Infini-T Force. After all, I did grew up watching the four shows, be it in their Japanese or their localized versions. I also get the memo that these characters are different from their actual anime counterparts in appearance and persona. Yet, they still surprise me with how they are portrayed. Ken “The Eagle”, aka Gatchaman G-01 for example, is officially listed as being 24 years old, but his appearance and character is more like someone who is not only in his 30s for 40s but his view of the world is so old-fashioned you’d think he’s the anime version of Captain America. He doesn’t have that kind of look or persona in the original Gatchaman anime series!

That just leaves Emi Kaido, who is the actual protagonist of this series. For the most part, her role is to be the one that holds the team together and the center of everything that’s going on in the series. For Emi, it is a coming-of-age story for her as the undergoes changes from her first appearance to the final episode. She starts off as being a distraction at first, but she does indeed grow and eventually is able to stand on her own two feet. My only lament is that she didn’t become a superhero like the others, even though she is a hero in her own right. It would’ve been nice if she gets her own transformation sequence they all form a 5-man Power Ranger-like team. Maybe somewhere down the road if Tatsunoko plans to continue this crossover that Emi may be given that opportunity.

Final Thoughts:
Infini-T Force does bring something for fans who grew up watching the Tatsunoko brand, or someone new to it. It is also one of the first true crossover series in modern anime, unlike those in the past that are often as one-time specials or movies. And despite the CG animation and formulaic structure, Infini-T Force is a well-made anime series you can sit back and watch on a regular basis. I am very much looking forward to the upcoming movie sequel and how the crossover series will move ahead.