Is It Wrong to Try to Pick Up Girls in Dungeons? II

The goddess Hestia heads the Hestia Familia, and the sole member of her house is the adventurer Bell Crane.

Recently, the Hestia Familia has started earning a bit of a reputation. Bell has shocked all Orario with his rapid rise through the adventuring ranks.

However, in a town filled with egos and divine power, drawing too much attention can bring forth a whole set of troubles.

A small part of me believed Is It Wrong to Try to Pick Up Girls in a Dungeon? II (DanMachi II) would never come. Between season one and season two, four years passed, and in that time, we got a side story, Sword Oratoria (which I didn’t like), and a movie, Arrow of Orion (which I haven’t yet seen). When I heard DanMachi II would be airing during the 2019 summer season, it took me by surprise.

Don’t get me wrong, DanMachi I was a good show. Scratch that. It was a very good show. However, this series was nowhere near the same level of memorability as say Attack on Titan or One Punch Man. Unlike those two, which could afford to wait four years to release their respective second chapters, DanMachi II probably should have come out, at least, two years earlier than it did.

I will bring this point up later in the review, but it is central to understanding this series as it is at the time of this post going live; the season finished up just six days before. Perhaps in the future, since marathoning is a thing, the long gap between one and two won’t matter; and it will become even less relevant with the release of DanMachi III, which, as of October 2019, is scheduled for the 2020 summer season.

Let’s try to forget all that for the moment, and ask: How was DanMachi II?

The simple answer, it was pretty good. On the whole, it was entertaining, amusing, occasionally quite exciting, and all-around solid. Where this season succeeded was the same place its predecessor, the spin-off Sword Oratoria, failed. The characters of DanMachi proper were better.

As for DanMachi, Bell, Hestia, and the rest of their group, they were far more interesting. Or, more to the point, they were more likable. Bell, in particular, was someone you find yourself rooting for when he ends up in perilous situations that were, typically, not his fault. Still, when he was the aggressor, Bell’s actions were never unfounded. He always fought for someone or something important to him, and he would go up against opponents who were legitimate threats to him and his friends. 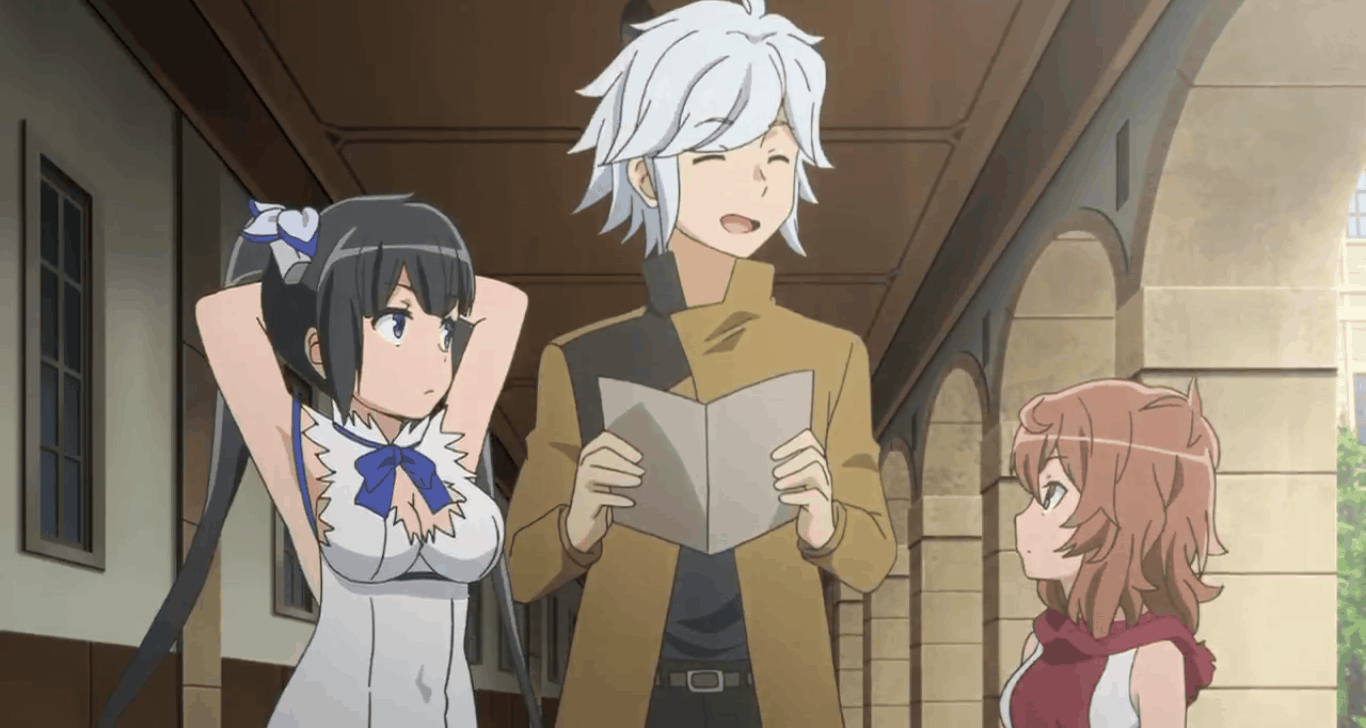 And that right there was the key to DanMachi II’s power. This season had strong villains who allowed the heroes to look more heroic. Also, DanMachi II was a good example of showcasing why the terms “villain” and “antagonist” are not synonymous by default.

An antagonist is only an obstacle standing in the way of the protagonist. They are not necessarily evil, but for whatever reason, they are preventing our hero’s forward progression. In DanMachi II, there were several of these characters. When introduced, they were on the opposing side to Bell and the Hestia Familia. Afterward, though, those same opponents became reliable comrades and allies with no hard feelings. Bell only faced-off against these characters because of the circumstances of the situation.

Then there were villains who were looking to cause harm. These characters were arrogant and full of themselves. They had notions of superiority (and that is not including the actual gods). When Bell fought these people, it was far more exciting since there was something on the line. 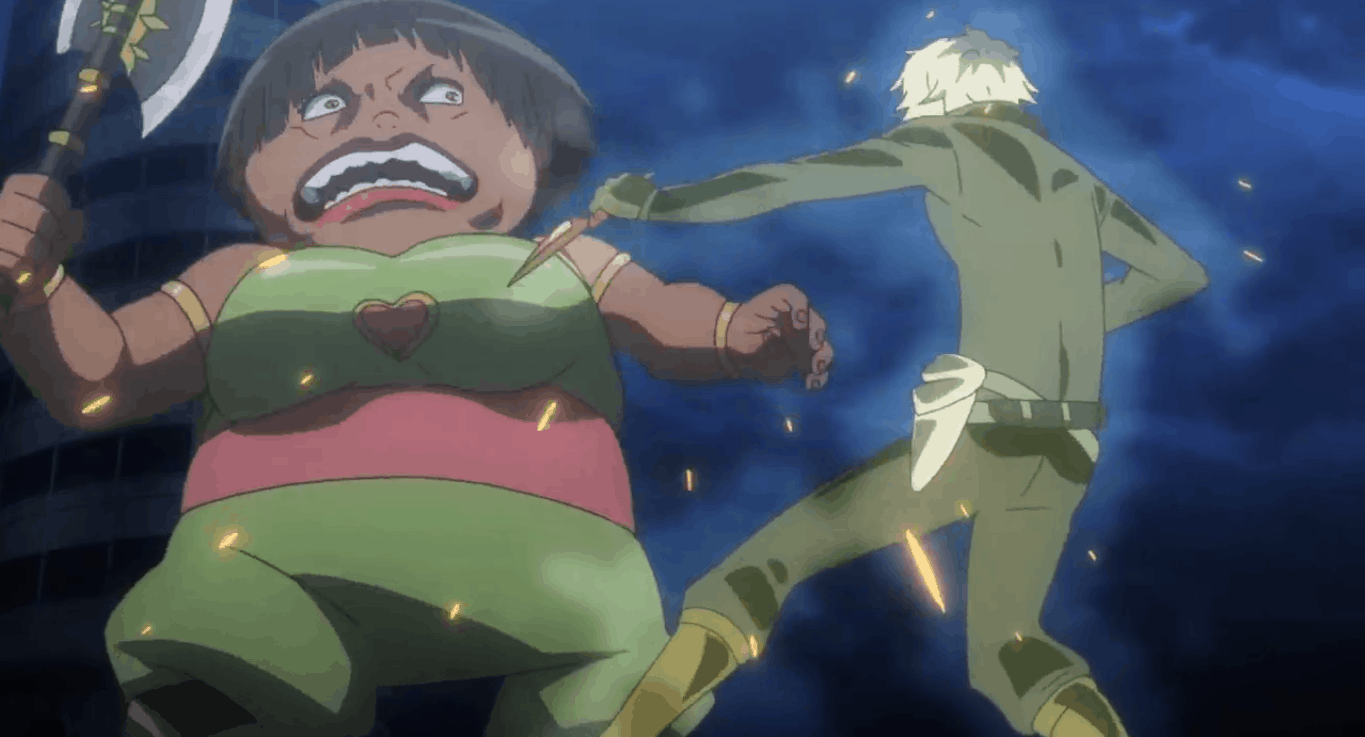 A good example of both types of characters taking on Bell at the same time was when the Apollo Familia challenged the Hestia Familia to a War Game. Here, the villains were the god Apollo and his commander. The antagonists were Apollo’s commander’s lieutenants.

The lieutenants, being loyal members of their Familia, gave everything they could give when fighting Bell. The lieutenants knew that the odds against their opponent were wildly unfair, but they had to do their duty. They weren’t vile, rude, or even disrespectful to the Hestia Familia, and since they were doing what Bell would have done had the roles been reversed, they remained likable.

Apollo, on the other hand, was a huge dick, and it was incredibly satisfying when he got bitched slapped to oblivion.

DanMachi II has an interesting world to its name, and fortunately, it also has plenty of outstanding characters to fill it. From heroes to bad guys, when this series decides to tell a story, there are people to make everything vastly more exciting. Too bad that means there needs to be a story. 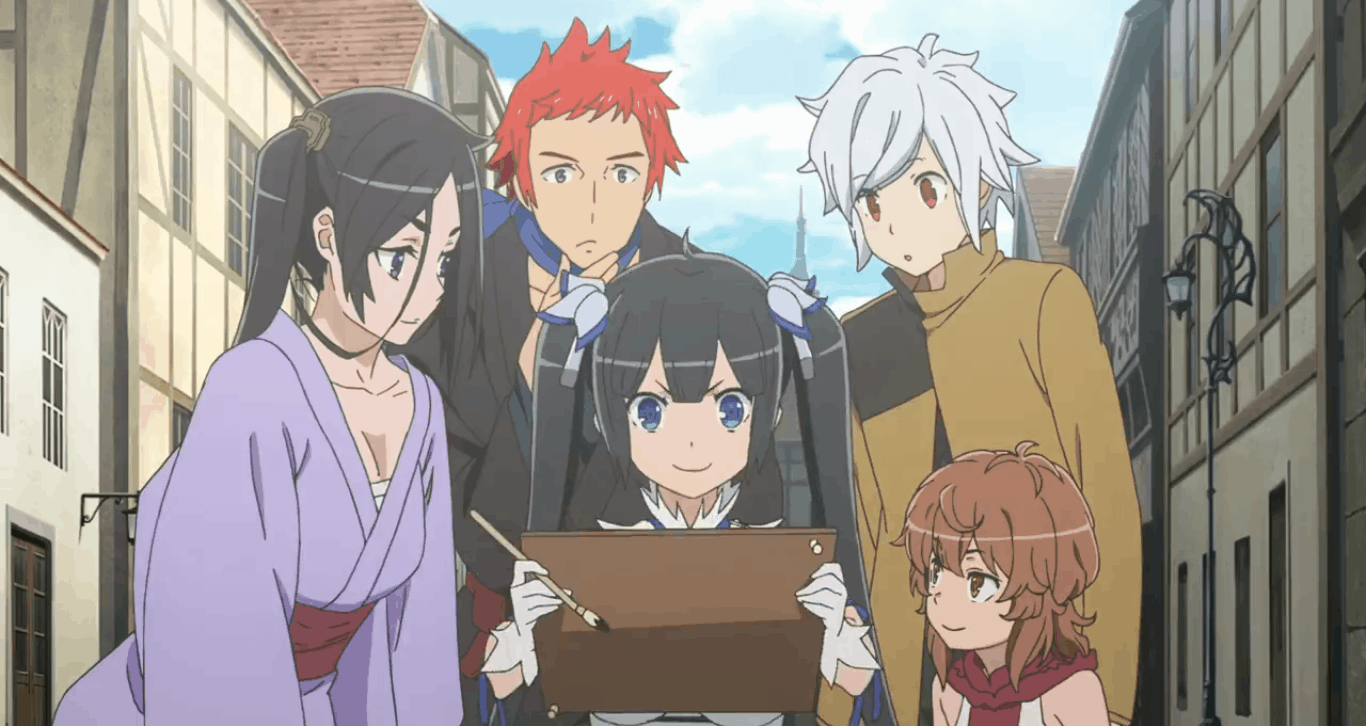 I don’t want you to think DanMachi II’s biggest problem was the four-year gap between it and season one. Although that does have a role to play, it is only the most blatant concern.

To be blunt, the story of DanMachi II did not warrant such a long delay.

It would seem season two was a staging ground to launch season three. There was minimal forward progression in this installment. The only advancement of note was the fact the Hestia Familia got a little bit bigger. However, that was only in an official sense. Season one did all the work to make what happened here a reality.

Now, while I say these are assumptions, the truth is, if even one of those points doesn’t come to fruition, that would mean a whole lot more is wrong with this series.

The possibility in question is someone marathoning DanMachi from beginning to its eventual end, which does include the future season three. As we all know, when we are marathoning a show, episodes and seasons release dates are not important. Before us is the entire story. For DanMachi, when you hit the segment consisting of season two, it is going to be a lull. For twelve episodes, not much is going to happen. I would even go so far as to say most of this installment will come off as irrelevant. It will appear to be padding before we get to the real meat of the narrative.

But there is another problem too. As it stands, there isn’t much in the way of direction for DanMachi. There is no goal for this story to steer towards. What exactly is there to anticipate in a season three? If it’s only enjoying the company of this cast of characters, that would be fine, if this were a slice-of-life anime. DanMachi is not that. It is a fantasy-adventure with a narrative, and that narrative is currently in limbo.

That doesn’t exist with DanMachi II. If chapter three never comes, there will be no real loss because nothing is attaching me to this series’ story. There are anime with great characters I would love to see again, and DanMachi’s are not that high of a priority.

This wasn’t bad; far from it. This series does have strong elements, mainly, its characters. I may not have anything to look forward to with this story, but that doesn’t mean I’m over it.

For the time being, Is It Wrong to Try to Pick Up Girls in a Dungeon? II has earned a recommendation.