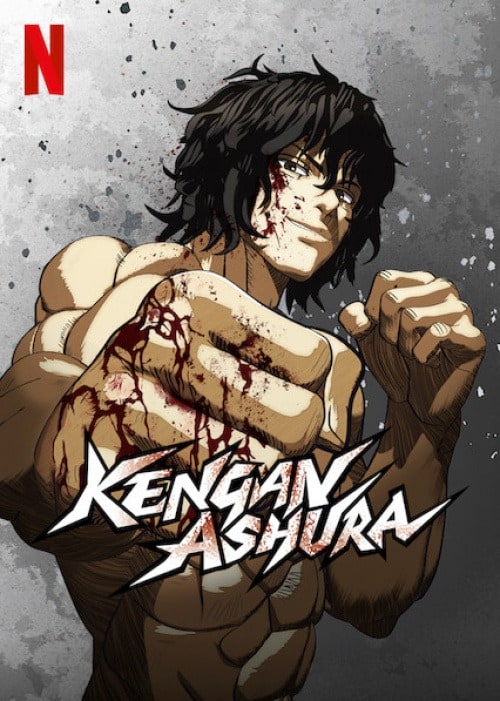 Business deals usually involve a meeting or contract when it comes to solving or negotiating; however, in Kengan world, there is another way: Through Martial Arts! Well, that sounds weird. Companies hire fighters from all over the world and compete with others to negotiate on contract rights, bet shares, and even put their organizations on the line—Yep, that's Kengan world. Ohm Tokita nicknamed “The Ashura” fights to prove himself as the strongest fighter, but it seems that's not really the case. What could be his true motive?

To be honest, I have mixed feelings on this anime, although my bias lies in a positive review. Kengan Ashura is an exceptional anime with a solid plot and numerous yet amazing characters. So, what’s so great about this anime and what’s not?

Kengan Ashura piques your interest right from the first episode and immerses you with mind-blowing action scenes. Literally, you’ll come across one or two epic showdowns in every episode, which makes it worth every minute. The basic premise is pretty solid without any clichés and the story felt true to the manga even though it missed a few things like character development. Regardless, the fast-paced action merits the other few aspects it lacked in storyline. 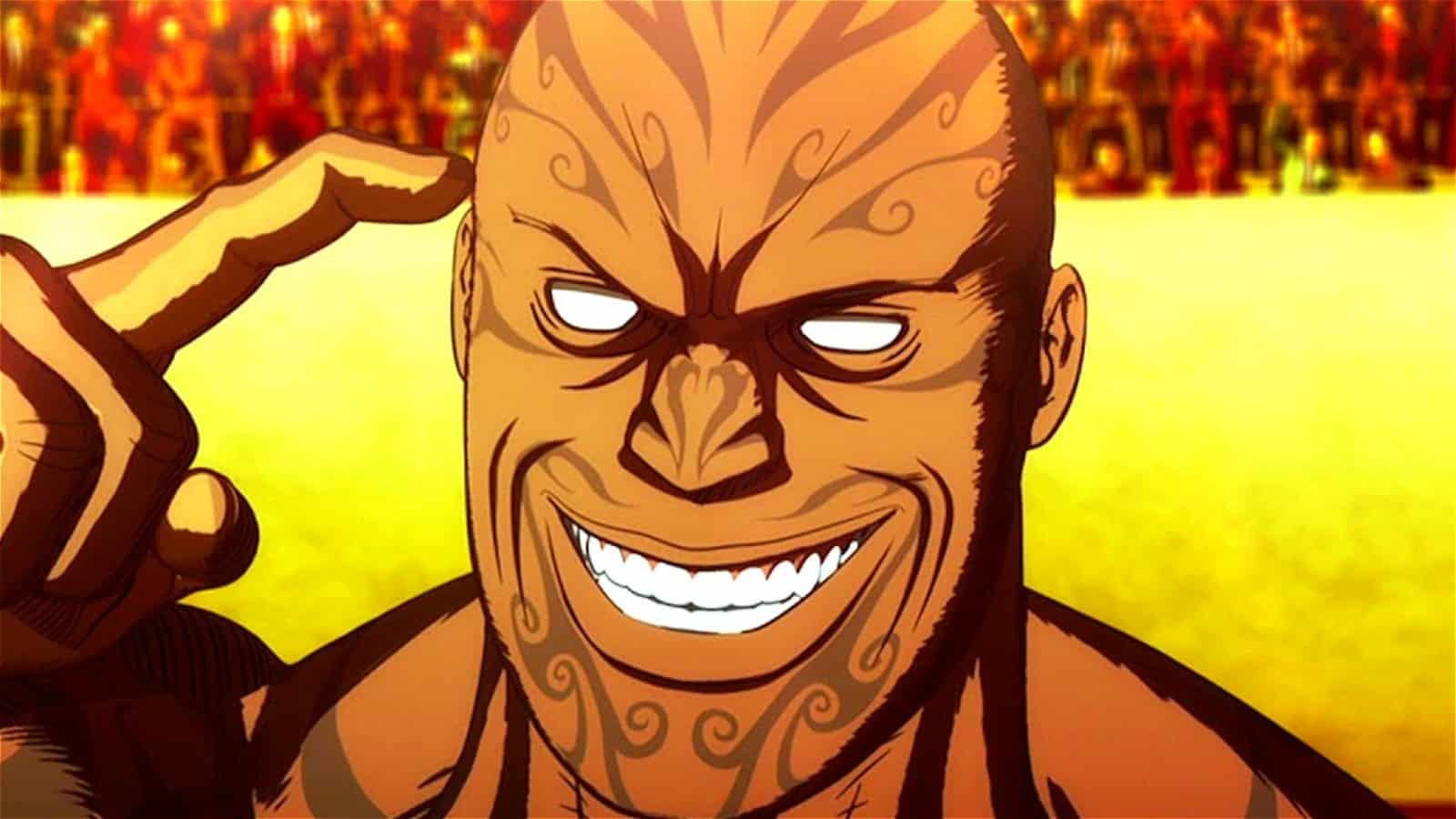 One of the best things I’ve noticed in this anime is the Screenplay. Many anime shows spend budget on backstories and often fail to deliver quality animation during crucial moments. On the other hand, Kengan Ashura used the budget efficiently. We see just a few low-quality artworks animated during backstories, and they’re skimmed through in a couple of minutes. It is one of the best aspects this show offers to the viewer, making him attached to the screen.

While the Screenplay was undoubtedly spectacular, Soundtracks were even more impressive. For every fighter, we see a theme song suited to their personality; not to mention the opening and ending songs, which gives you an adrenaline rush. Throughout the anime, we feel as if we’re viewing the fights in person thanks to the realistic soundtracks and background scores. 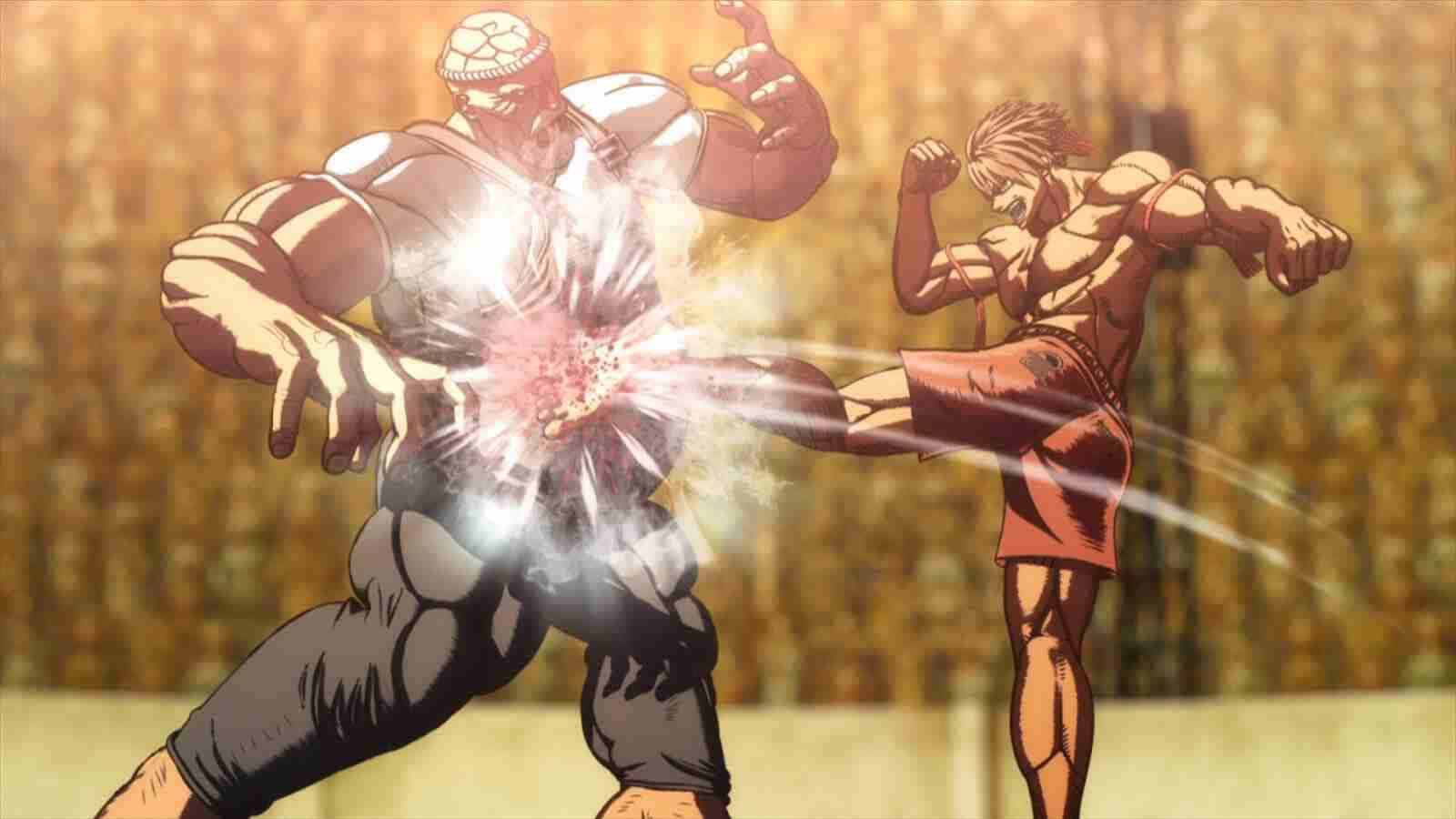 People rated this show with low numbers, and there is only one reason: The CGI. Kengan Ashura tried a different method to represent the action scenes. The 3D animation doesn’t give you an exact feeling of watching a Japanese anime; however, without the animation, we wouldn’t have been able to see so many mind-blowing showdowns. The visuals were impeccable at some point, even though they’re overused using the fighters’ entries.

Now let’s get down to the best aspect of the entire series: The Action. Since the main premise hints about Martial Arts, you can expect a lot of amazing and well-choreographed fights. Every fighter comes with various moves and secret techniques which makes them quite formidable. Just when you think  the fighter is going to lose, he strikes back the dominating opponent and turns the tables. It is never predictable and keeps the tension going on through the end of every fight.

It maintained the pace with constant combat and can get really hilarious at times with some weird characters. Although it didn’t nail every aspect to the perfection, for what it has to offer, Kengan Ashura is a spectacular anime.

I have never read its manga, so maybe I'm not giving a justified review. Nonetheless, if you judge it as an anime and don't thrash out the entire anime because of weird CGI, you'll enjoy every second of it. In conclusion, Kengan Ashura is worth every minute you spend on it, and it connects well with the people who love martial arts/action anime series. You can watch it on Netflix, and make sure to watch it on high quality to appreciate the effortful animation and action scenes it delivers.