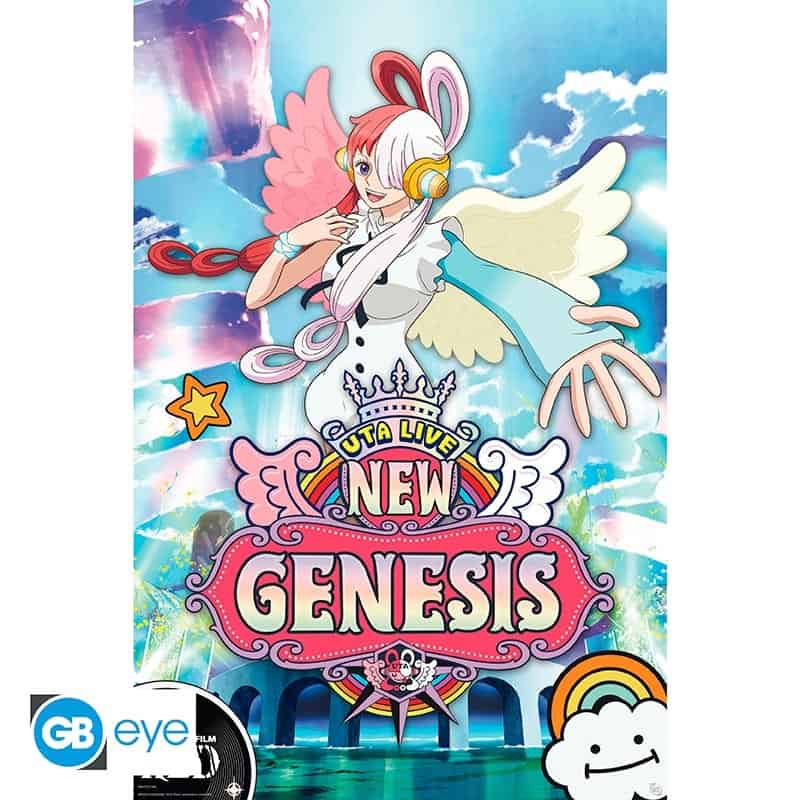 For those who don't know, One Piece has been a fan favorite for the last twenty-three years. Its eclectic animation style and the unique pirate storyline have created a fan base worldwide that has maintained popularity for two decades.

Although One Piece has been around with several movies, of course, One Piece Red does not need any backstory to enjoy the film. When the movie opens up with a concert performed by UTA, a famous singer who has captivated the world in the last two years, her positive attitude toward helping change the world makes everyone happy and forget their troubles, even for a moment.

When the movie opens up, her first song gets the audience excited. I was wowed in the first two minutes of the film, and I enjoyed it from then on. Everything from the coloring in the animation to the music and the story was terrific. You know how in a Studio Ghibli movie, you usually see the protagonist, a problem occurs, and the hero comes in? Then, they must discover how to save the day, usually by magic or something phenomenal. One Piece Red was not like that.

Instead, you see a beautiful, fun, lovely singer trying to promote positivity and no more fighting. She feeds people and wants the world’s people to share her joy in creating a new world era of fun, kindness, and happiness. I love this character. She isn’t in the show’s storyline, but that doesn’t matter. The writers introduce Uta in a way that makes sense and is heartwarming. She is a long-time friend of Luffy’s from when he was a kid, and she is Shank’s daughter. How did Shanks have a daughter this happy-go-lucky and talented? He is the most fearsome and capable pirate, but Uta sparkles.

The reunion with Luffy and Uta is heartwarming. He sees how much she has grown. She looks at him like an equal rival. Quite refreshing since everyone else looks at him like a kid. He is one of the strongest pirates in the world and is captain of the Straw hat pirates, but most people only see a rambunctious kid. They play and challenge as they did as kids: eating contests, fighting, anything to remind you of being a kid they did.

Unfortunately, playtime and fun are over when Luffy decides he wants to return to his ship. Uta shows her true intentions. She has, at this point, displayed the power to perform and protect herself but hasn’t acted hostile to anyone. Luffy changes that. Poor Uta doesn’t understand why anyone would want to leave her concert. She had planned on letting it continue forever. Everyone was fed and happy, playing and singing, a new world era—no worries or war, no fighting. People leaving was never a part of the plan.

What an incredible storyline. Power, control, and even a little frolicking escalate the protagonist to the next level. It is such a fantastic movie. Everything about it: my boyfriend and I went to see it; he had never seen One Piece. So we were sure to watch all, from start to finish, 1038 episodes. If anything, the music alone makes you love the movie. I downloaded the soundtrack, and so did my boyfriend. Everyone I have spoken to that has seen it loved it!

You can't deny that One Piece Red broke many traditional constants for an anime movie, from the animation to the soundtrack. Everything about this movie took it to the next level. You're hyped from beginning to end. I love everything about it and recommend it to anyone into anime to watch it!