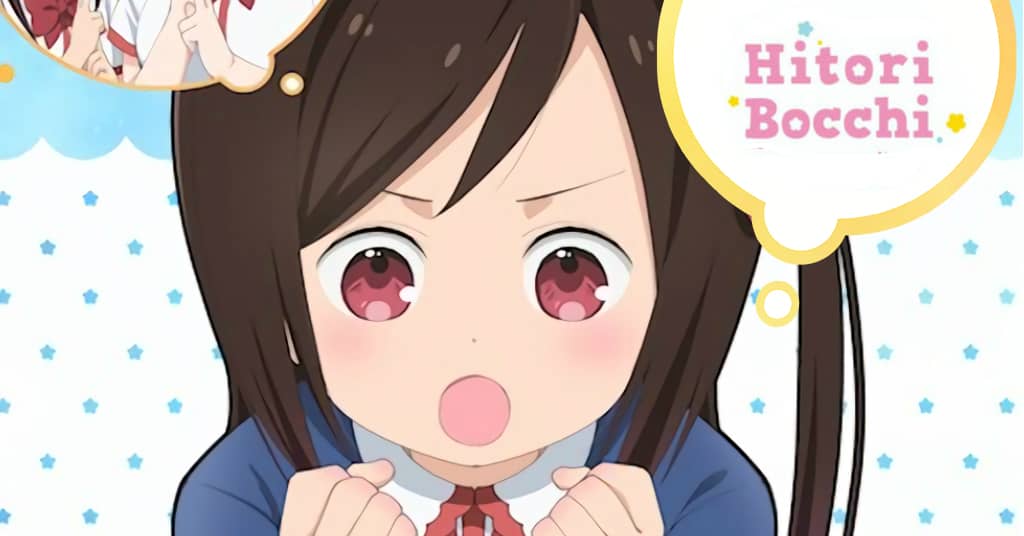 Bocchi Hitori made a deal with her best and only friend. While they are attending different middle schools, Bocchi must befriend everyone in her class. For many, this would be a challenging but doable task. For Bocchi, though, she would have an easier time flying to the moon.

END_OF_DOCUMENT_TOKEN_TO_BE_REPLACED 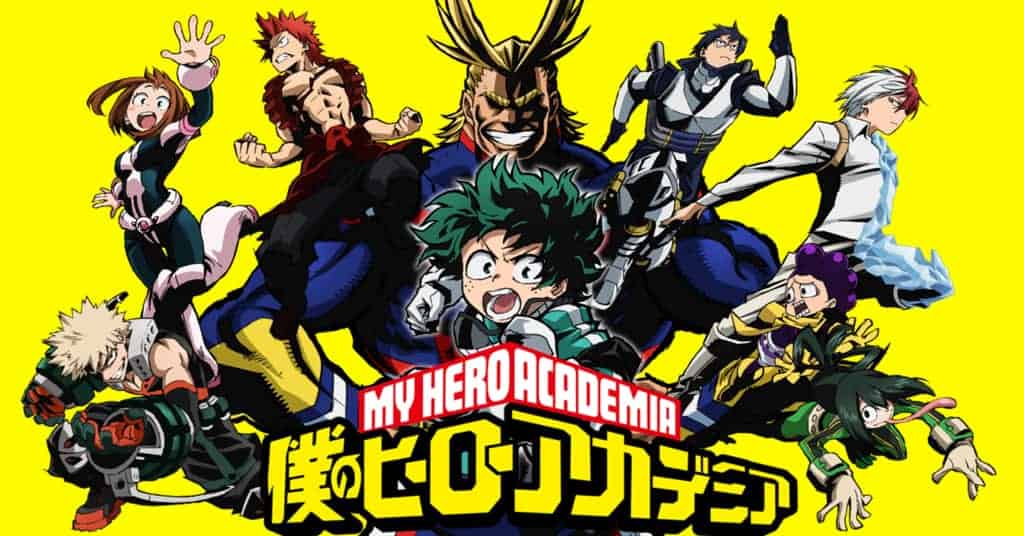 My Hero Academia: Plus Ultra Recap

Plus Ultra! The return of the UA Students and Pro Heroes are coming back October 12th so mark your calendars and get ready for another season of villains and heroes fighting against one another.

END_OF_DOCUMENT_TOKEN_TO_BE_REPLACED

We play the strings of our hearts, while the laughter hides what we hold inside. We can only hope that we can shed the sorrow of our tears. Given is an anime that will touch on something tragic and beautiful at the same time. A must see anime that will soon bring you, music, laughter and tears.

END_OF_DOCUMENT_TOKEN_TO_BE_REPLACED 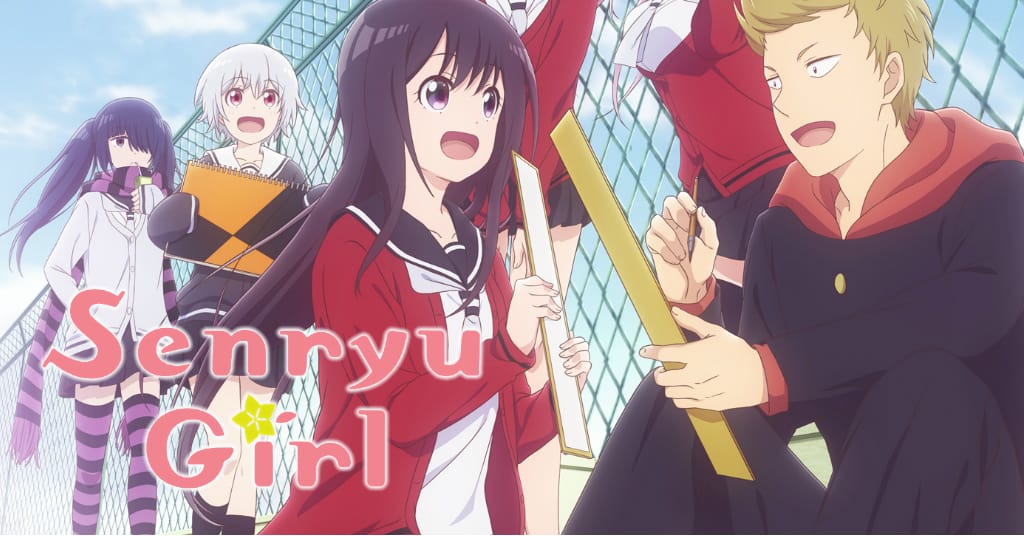 Nanako Yukishiro is an active member of the Literature Club and has a crush on fellow club member Eiji Busujima. However, Nanako has always had trouble speaking. Therefore, to communicate, Nanako relies on writing. Specifically, she is most comfortable with senryu poetry.

END_OF_DOCUMENT_TOKEN_TO_BE_REPLACED 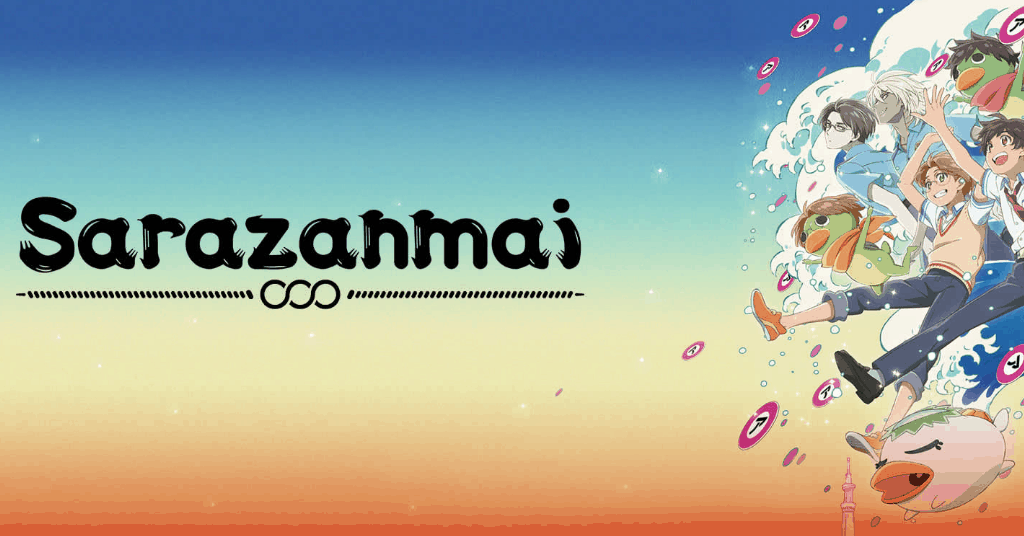 Sarazanmai Series Review: A Pain in the Shirikodama

One day, Kazuki Yasaka, Toi Kuji, and Enta Jinnai accidentally break the statue of Tokyo’s Asakusa district’s guardian deity. This act awakens the long sleeping prince of the Kappa Kingdom who immediately turns the trio into kappas and assigns the boys a mission. In Asakusa, people have been turning into mysterious zombie-like creatures, and to break the spell, Kazuki, Toi, and Enta, in their kappa forms, must retrieve the transformed person’s shirikodama. Unfortunately, obtaining a shirikodama requires one of the three to reveal a secret of their own.

END_OF_DOCUMENT_TOKEN_TO_BE_REPLACED 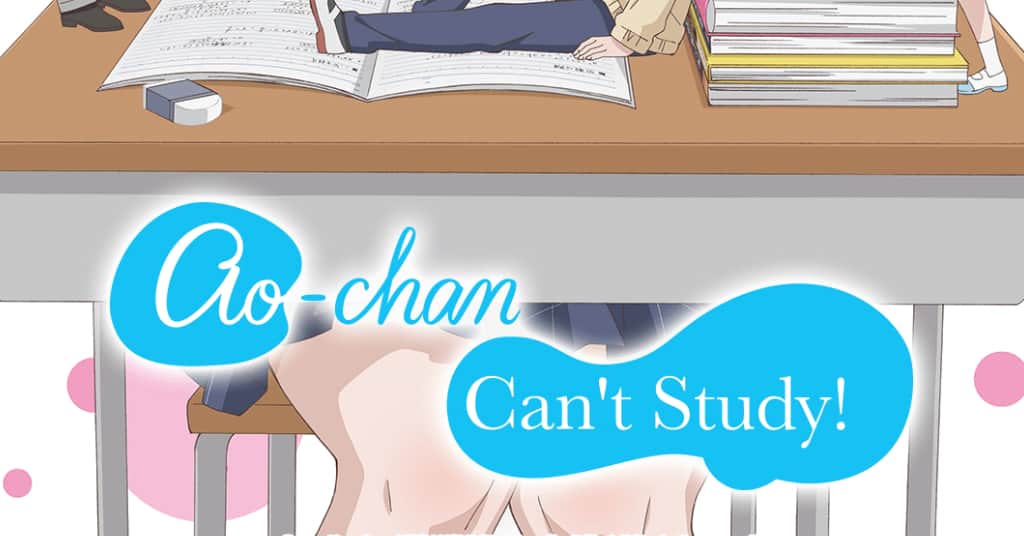 Ao Horie has never liked her name as it was inspired by the sound a girl makes when achieving an orgasm. Thus, to escape it, she has dedicated herself to her studies. However, in doing so, she has given herself no time to develop interests in friendships or romances. Even more problematic, Ao is convinced everyone has only one thing on their mind – SEX.

END_OF_DOCUMENT_TOKEN_TO_BE_REPLACED 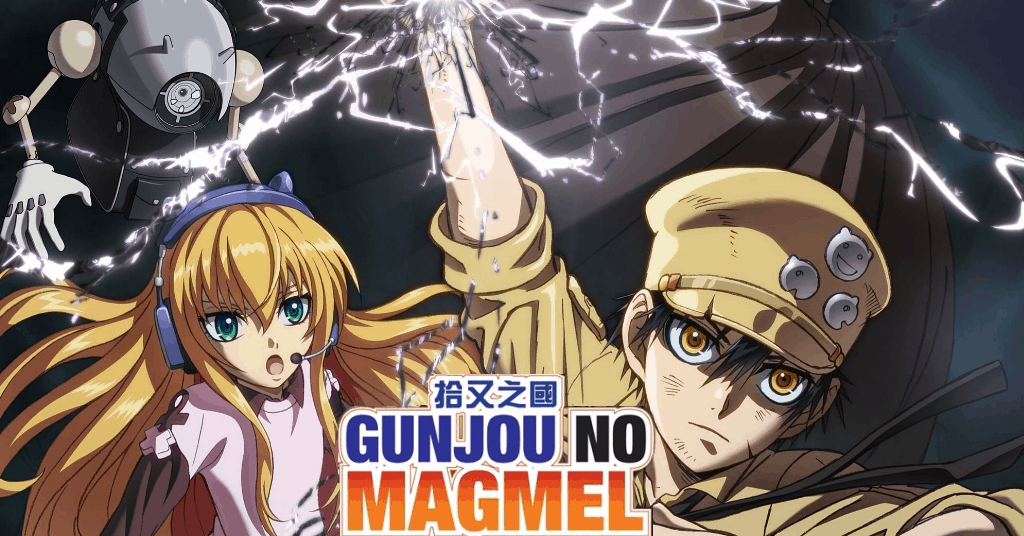 From the depts of the Pacific Ocean, a new continent rose to the surface. Dubbed Magmel, this mysterious place sparked a new age of exploration. Out of necessity, a special breed of professionals was needed to save those who went missing. Known as Anglers, these select few are experts on the dangers that exist in Magmel, and the best among them is Inyou.

END_OF_DOCUMENT_TOKEN_TO_BE_REPLACED

Kuroto Nakano cannot remember when he didn’t come home on the last train. Kuroto’s job has him working tirelessly with no overtime pay, few holidays, and even fewer opportunities for some much-needed rest and relaxation. The stress of this everyday slog is slowly eating away at Kuroto, and if nothing changes soon, the exhaustion will destroy him. Then to his shock, Kuroto returns from work with his apartment smelling like a delicious homecooked meal. On top of that, waiting to greet him and treat is a mysterious fox-demon named Senko.

END_OF_DOCUMENT_TOKEN_TO_BE_REPLACED

Fire Force kicks off with a truly powerful first episode featuring some of the best animation in anime today, this is one you won’t want to miss!

END_OF_DOCUMENT_TOKEN_TO_BE_REPLACED 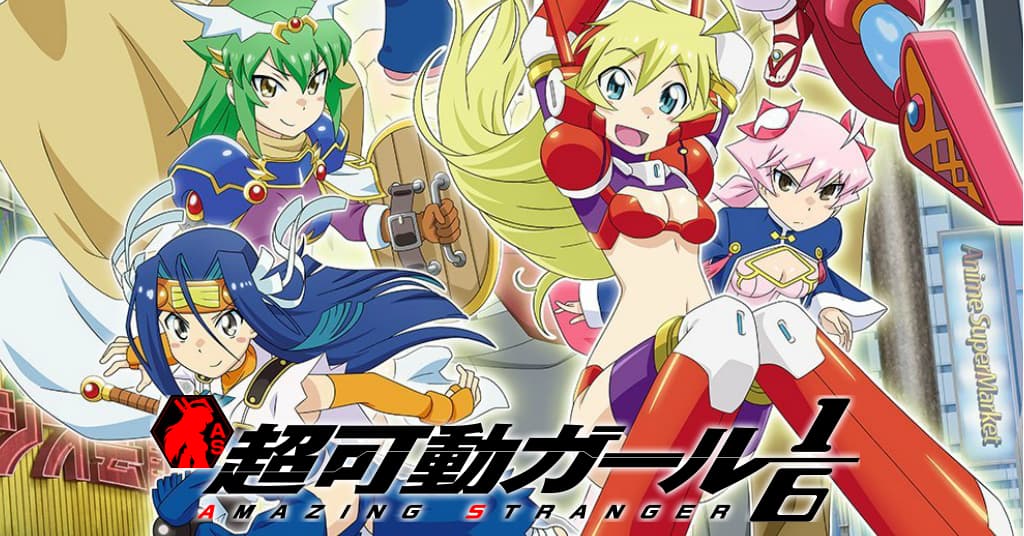 Haruto Boudia is a hardcore otaku who has no interest in three-dimensional women. One day, the figure of his favorite character, Nona, begins moving and talking. Like a dream come true, Haruto’s perfect girl sits before him. But, as they say, be careful what you wish for.

END_OF_DOCUMENT_TOKEN_TO_BE_REPLACED 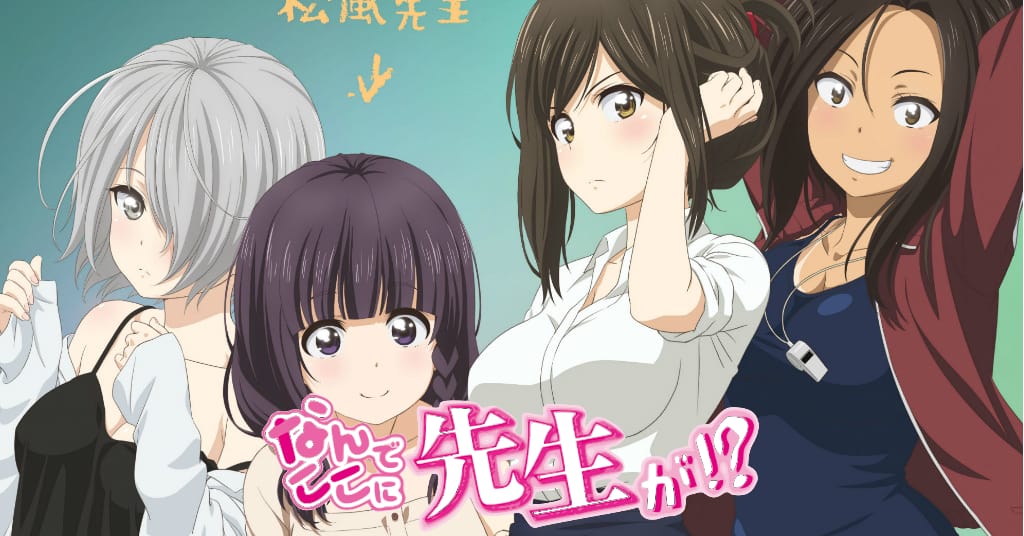 Often when everything seems normal, that is when life throws you a curveball. For four high schoolers, that curveball is their sudden closeness with one of their beautiful teachers.

END_OF_DOCUMENT_TOKEN_TO_BE_REPLACED 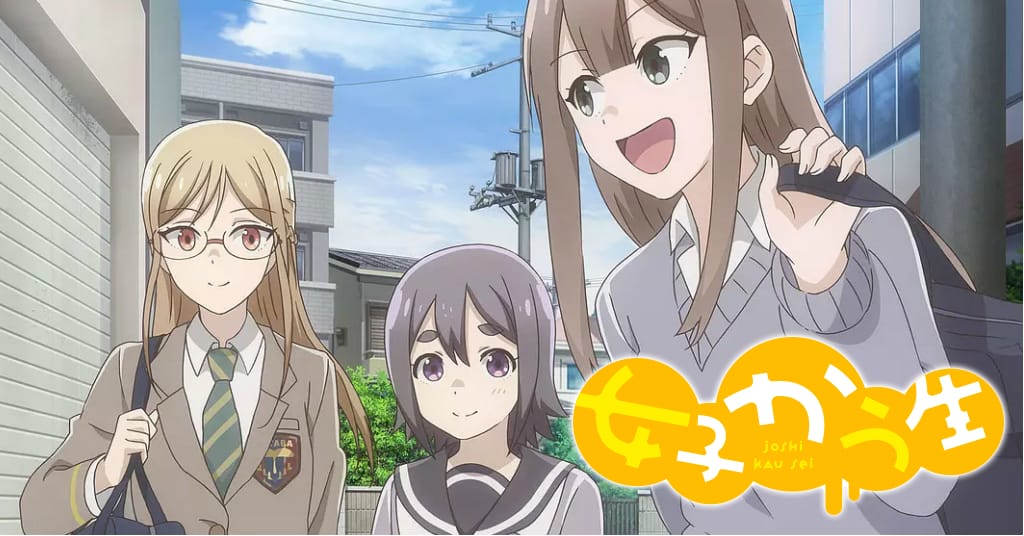 This is the story of three high school girls, Momoko Futo, Shibumi Shibusawa, and Mayumi Furui. Watch as this trio goes about their daily lives — all with no talking, no speaking, no dialogue whatsoever.