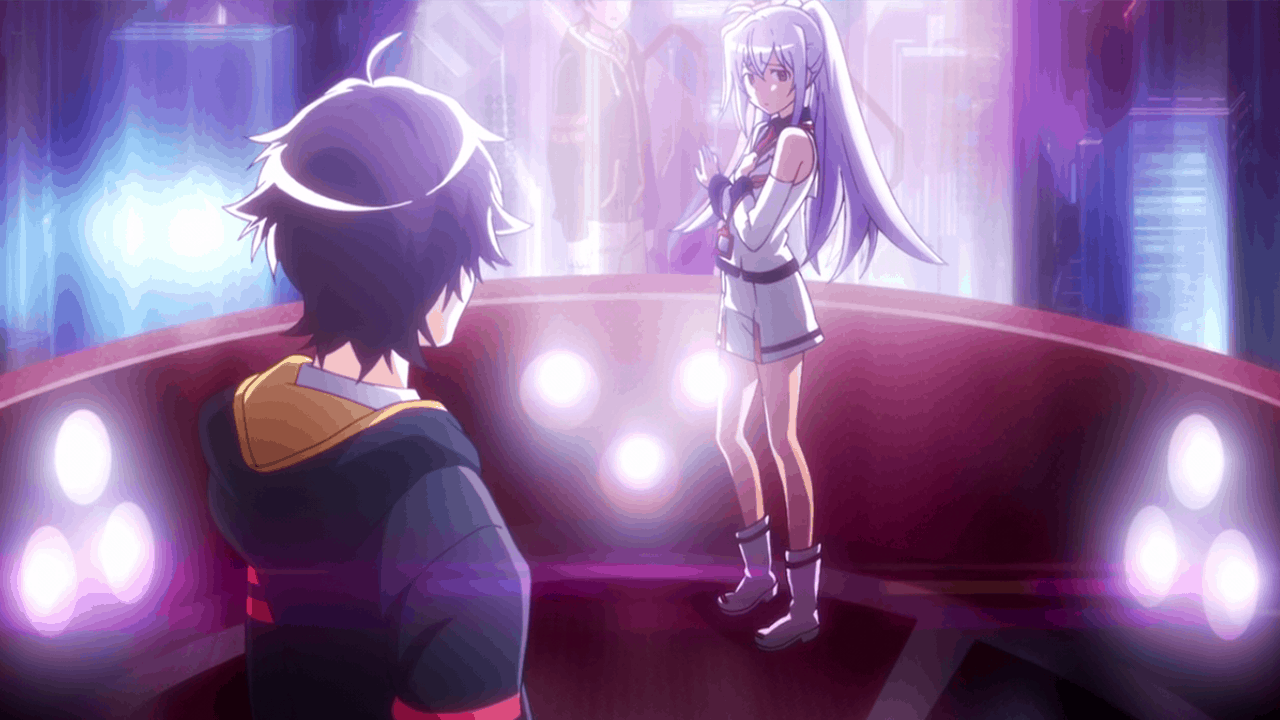 Giftia, an Andriod that looks so human that you might mistake them to be one. Their human emotions and synthetic souls will draw you even closer to them. It seems so wonderful to think that they are actual gifts, to have them be able to have human emotions when they are nothing more but androids. To have a moment to live and laugh with a Giftia for 9 years and 4 months, and then suddenly someone turns up and tells you it's time for them to leave. While Plastic Memories has its most hilarious moments, it can cause you so much heartbreak as we follow the Terminal Services and their day-to-day life.

Mizugaki Tsukasa has started in SAI Corp but it might not be all that it cracked up to be as he is assigned the Terminal Services, a part of the company that he has no idea about. So when he steps in, he ends up being more drowning in what his job will be. While Terminal Services is supposed to help those that are slowly coming to terms that their life expectancy is running out. However, they are not just there for the Giftia, but for those who have stood by them for 9 years, the humans. And so we bring the terms Spotter and Marksman, a pair of human and Giftia that are supposed to help with the process so that it can go smoother for everyone around. However, with no warning of Mizugaki coming it causes some disruption in their department. With Mizugaki being a Spotter without a Marksman. It is only until Isla speaks up, the tea server girl, that had a run-in with Mizugaki at the beginning of the first episode.

And with these duos hilarity beginnings, with mistakes and timidness, and misunderstandings that will spread all around. We cannot help but laugh at what is happening between Mizugaki and Isla, but yet we know what is to come. Because within each episode we do learn the dark secret that is being held between the both of them. And while this is a secret that can be seen off the bat, it also shows that this anime just isn’t some romance that can be written off. No, we learn so much more than that, as the grief and loss of someone we have stood by for so long now can be gone in the blink of an eye. Each time Isla and Mizugaki go out to retrieve a Giftia that is nearing its death, we see just how painful it can be.

We learn so much between both Mizugaki and Isla and watch them grow together, but have we set ourselves up for the heartbreak that is to come? Yes, we have, but this one anime that you should not write off so easily. The terms of grieving and coming into acceptance that it is okay to let go and feel even when you do not want to.

Plastic Memories can be seen on Funimation or Hulu, while the story is compelling and filled with funny moments, however, it can all come crashing down at any moment. Sometimes, we have to hold onto the good memories, the ones where we laugh, and slowly let go of the pain of what has happened or what will happen later on. Plastic Memories does not have a dub version, and it may not seem to be getting one any time soon. The opening song  "Ring of Fortune" by Eri Sasaki and the ending theme is "Asayake no Starmine" by Asami Imai. The tenth episode features an insert song sung by Isla's voice actress Sora Amamiya, titled "Suki nano de." And that is a song that you do not want to miss!