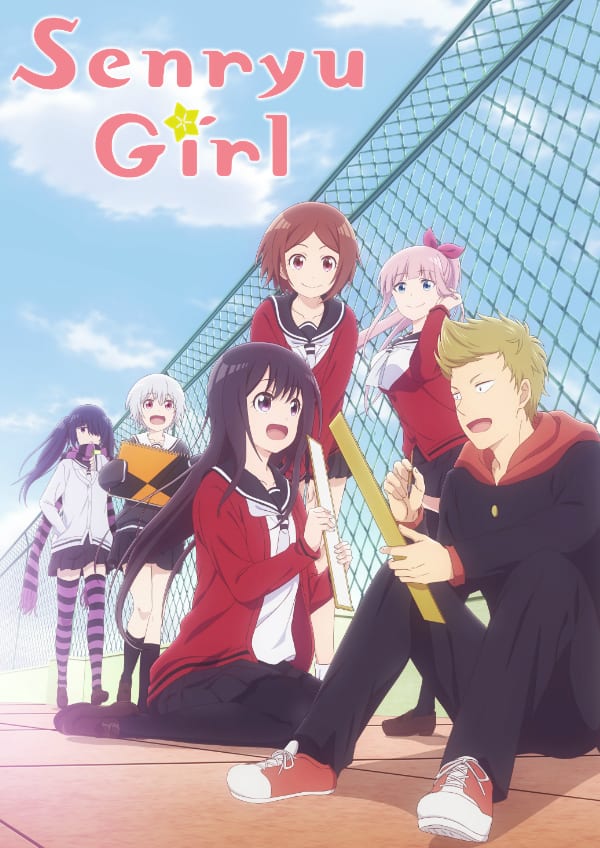 Nanako Yukishiro is an active member of the Literature Club and has a crush on fellow club member Eiji Busujima.

However, Nanako has always had trouble speaking. Therefore, to communicate, Nanako relies on writing. Specifically, she is most comfortable with senryu poetry (a form of Japanese haiku). 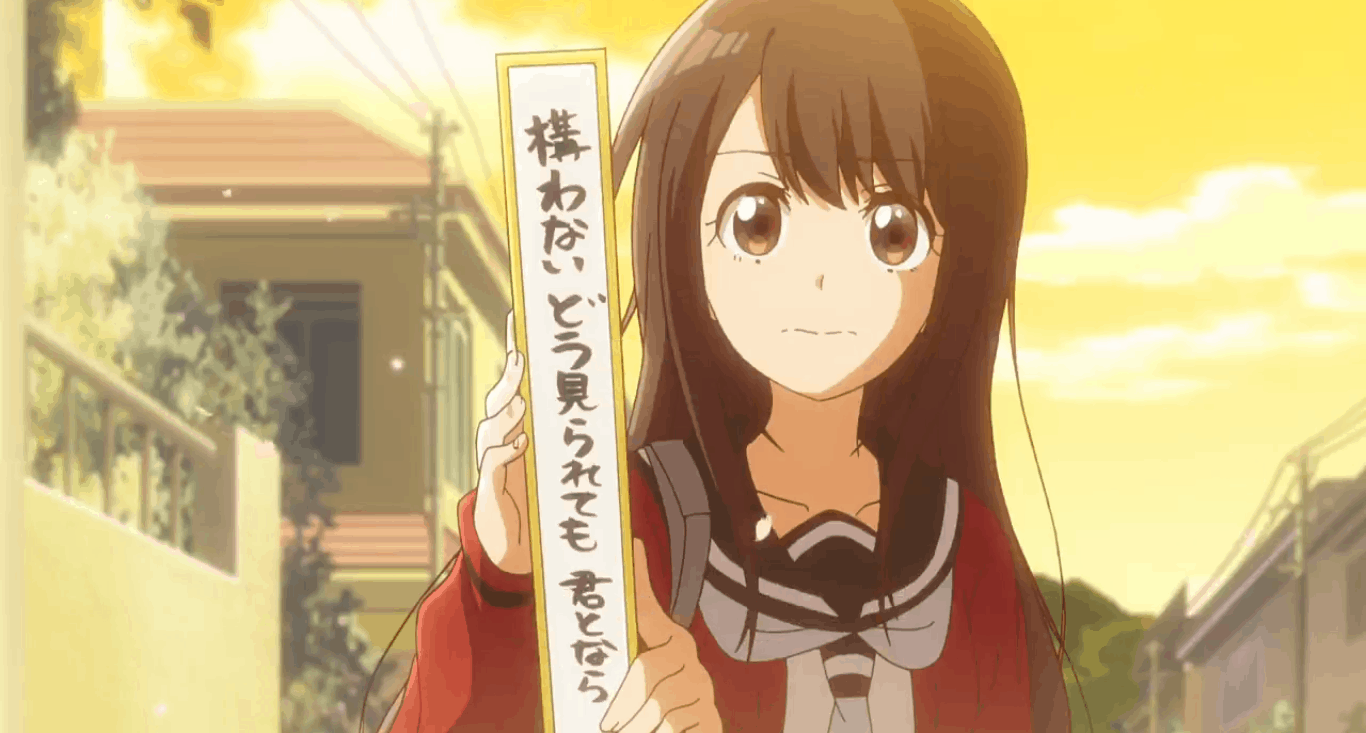 I’m not sure where this one came from, but wherever that was, I’m happy it arrived.

More so than most other seasons – as it would appear – the 2019 spring anime block has provided a fair number of short-form series.

For clarity: When I use the term “short-form series,” I am referring to a show with a total runtime half the length of (or less than) a standard twelve-/thirteen-episode anime. On top of that, a single episode in a short-form series typically clocks in as long as fifteen minutes to as short as two (compared to the usual twenty-five). I enjoy these types of shows because they are such quick watches. Plus, should one fall flat, the odds of me feeling like I wasted my time are low.

As for the 2019 spring season, we have been given quite the gambit of short-form series. From the terrible (Nobunaga-sensei no Osanazuma) to the problematic (Nande Koko ni Sensei ga) to the decent (Amazing Stranger). For me, I thought this season, for this style of anime, peaked at Joshi Kausei, which was a lot of fun even if it was a tad barebone. However, with the inclusion of Senryuu Girl, the top spot has now been overtaken. 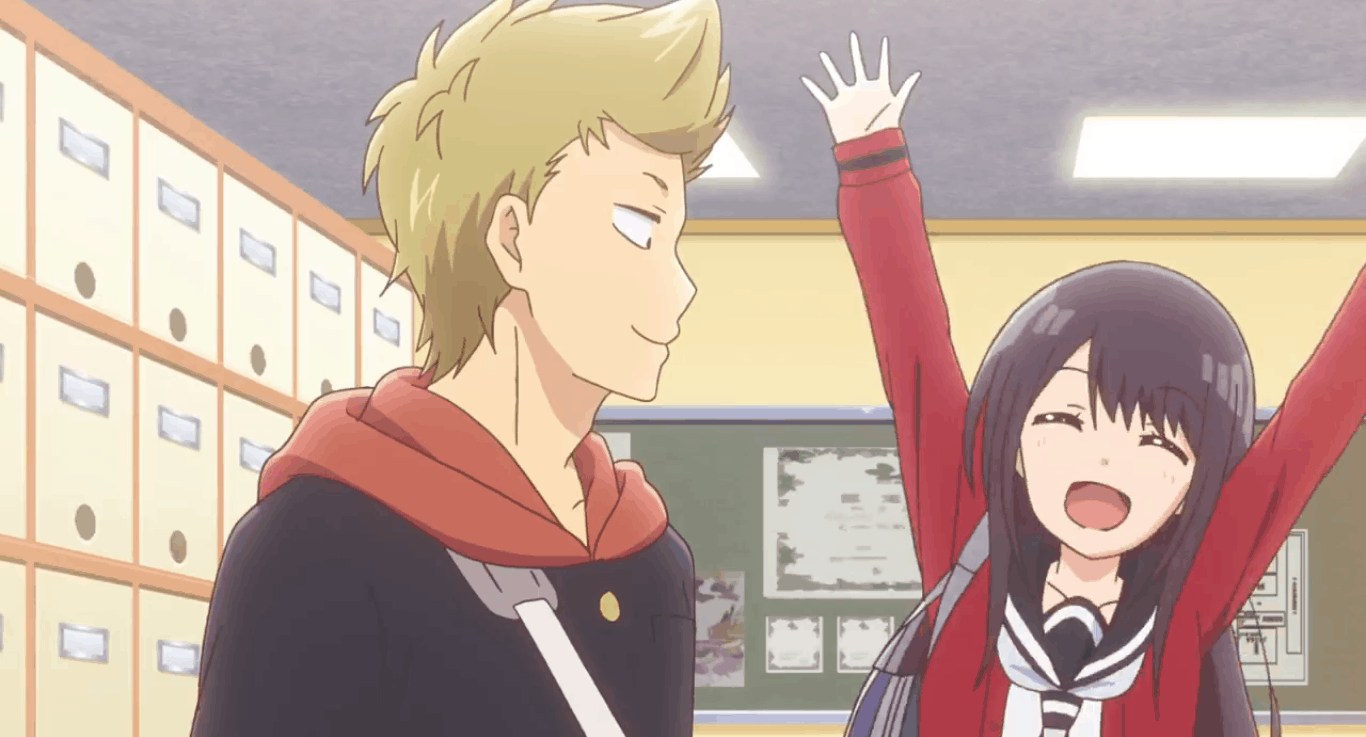 This show was great, and it is proof that content, not runtime, makes for something genuinely worthwhile.

In as few words as possible, Senryuu Girl was an adorable love story that was utterly feel-good through and through. I’m having trouble remembering the last time a romance anime of any length was as appealing as this one was. And I’m having trouble because I can’t remember when I last came across a couple as enduring as Nanako Yukishiro and Eiji Busujima.

These two could not have been a better fit, and they were what made Senryuu Girl so enjoyable. With this show serving as my evidence, I will claim gimmicks can be transformed into personalities.

For Nanako, I do think the reason the series gave for her communicating through written haiku was flimsy. Fortunately, that weakness was reinforced quickly. Nanako remained extremely vocal. 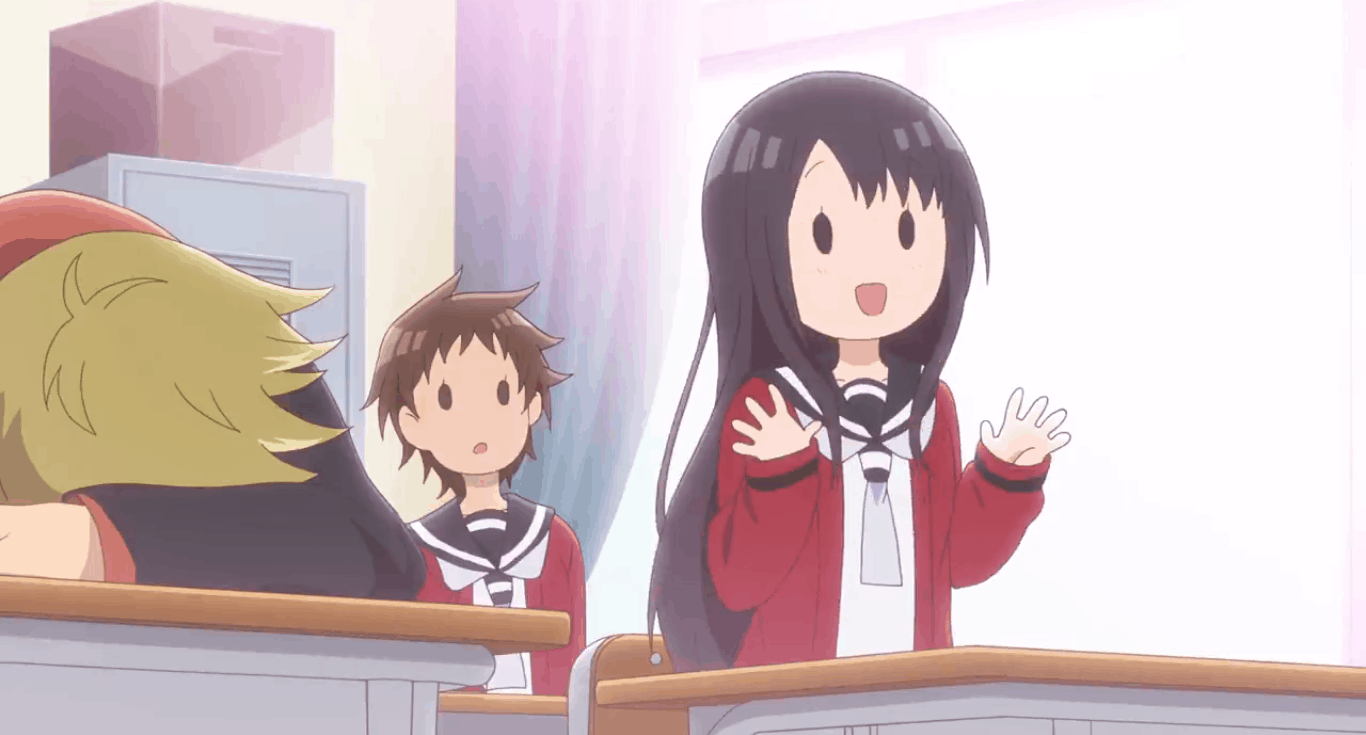 Aside from the voice-overs given by the incredibly talented Ms. Kana Hanazawa, Nanako was never hard to figure out. She was highly animated, reaction-rich, and her facial expressions said more than spoken words ever could.

On top of that, Nanako was not subtle about her feelings toward Eiji. A blind bat could see how much she was crushing on him. Scarily, though, characters who have been equally open about their love thoughts have soured their respective shows in the past.

Such rockiness arises when the other half of a potential romantic pair is clueless. Senryuu Girl avoided problems because Eiji, though a bit dense, did reciprocate Nanako’s feelings. 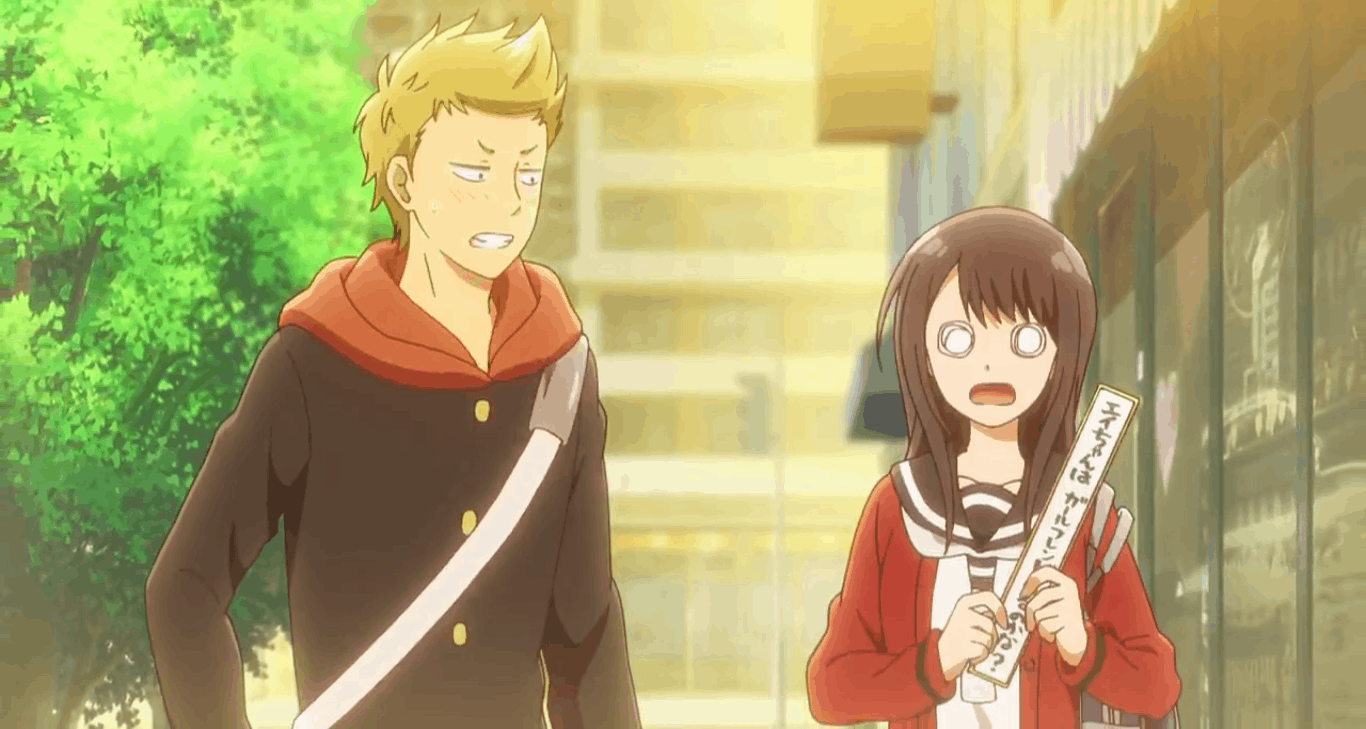 Now, everything needs balance. It’s easy to see that when certain story elements are heavy-handed or troublesome. However, the same concept remains true when something works. In the case of Senryuu Girl, Nanako was the thing that worked, and Eiji was the ideal counterbalance.

That isn’t to say Eiji was a bad character. On the contrary, Eiji was terrific. He succeeded because he complimented Nanako’s personality. These two were super cute together.

The amazing part was, Nanako and Eiji were more than enough to turn Senryuu Girl into a show worth watching. As a duo, they were funny, charming, and an all-around blast. As fortune would have it, this series had a full cast of other solid characters too. 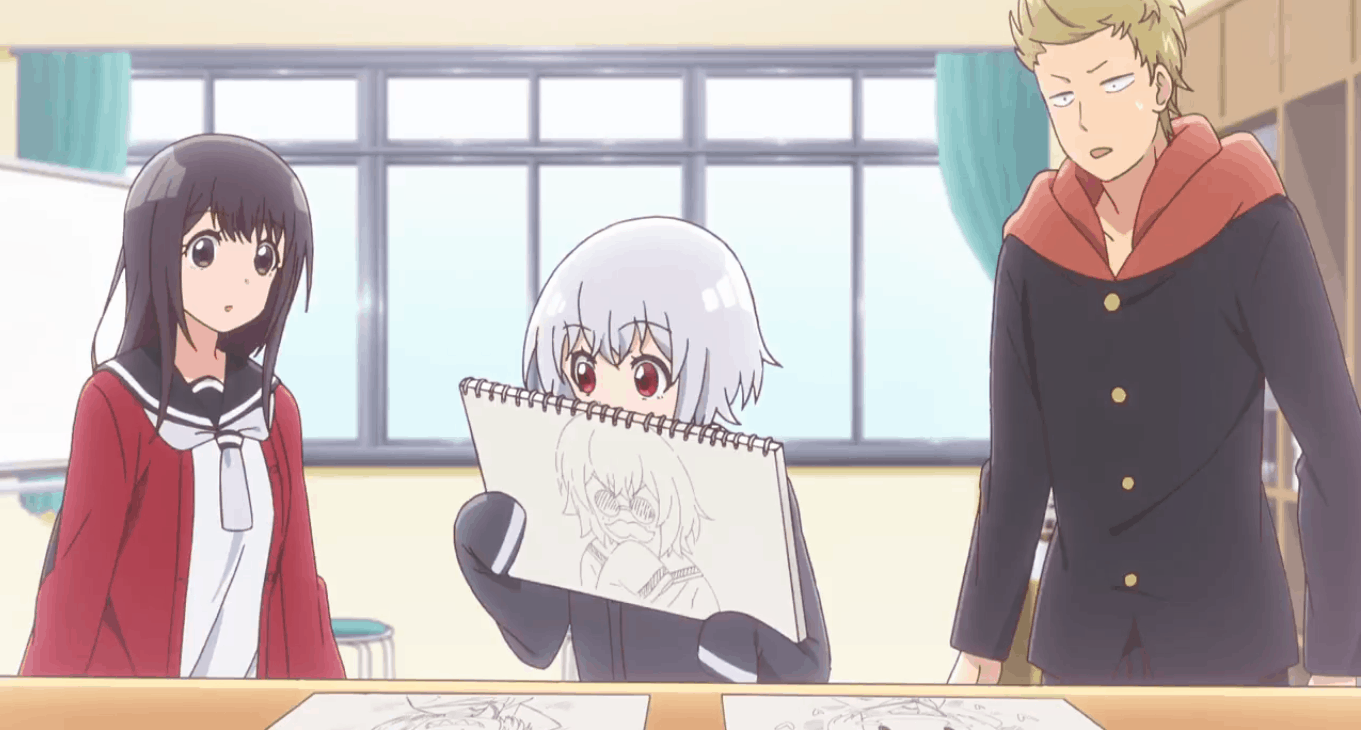 I’ll let you witness the complete extent of how outstanding everyone was on your own, but for the sake of the review, here’s a quick rundown:

Yes, Nanako and Eiji could have carried this series with their strength. Luckily, when their phenomenal chemistry mixed with the larger group, Senryuu Girl became something quite memorable. 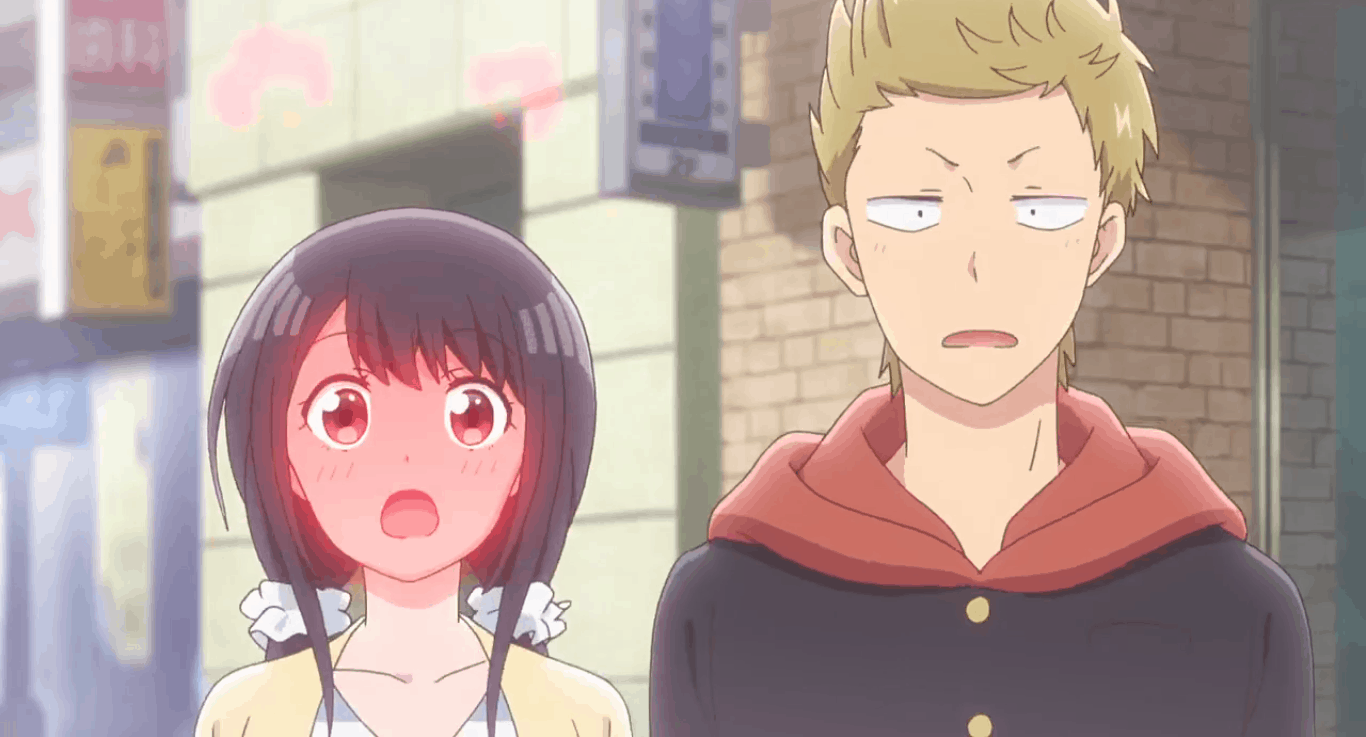 I don’t have anything significant to say here. And anything that’s left that I could say would only be a nitpick. But that wouldn’t be helpful.

Granted, I’m going to nitpick anyway because I feel I should write something. Therefore, if you want to skip to the Final Thoughts section of the review, be my guest. All I’m bringing up are the jokes I thought didn’t land.

Please know that I loved this series, but with that said: 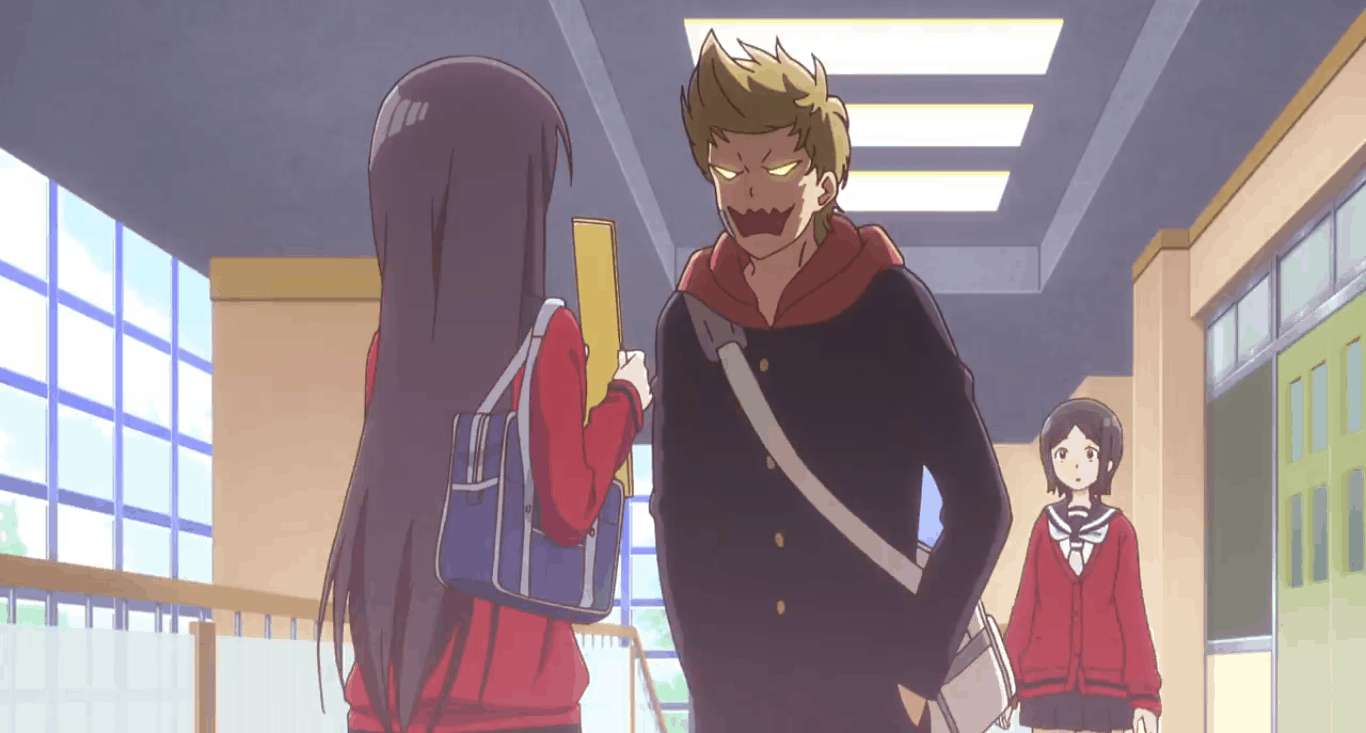 Senryuu Girl would often use an over-the-top style of humor. I’m not talking slapstick or even outlandish reactions. No, this series would occasionally employ the type of comedy that thinks just because something is louder, it, therefore, means it’s funny.

Nanako’s father did that a lot.

This series would also sometimes explain every action as it was happening (because Japanese comedy). Usually, this was accompanied by fast-talking and, again, shouting.

Eiji would do this now and then. 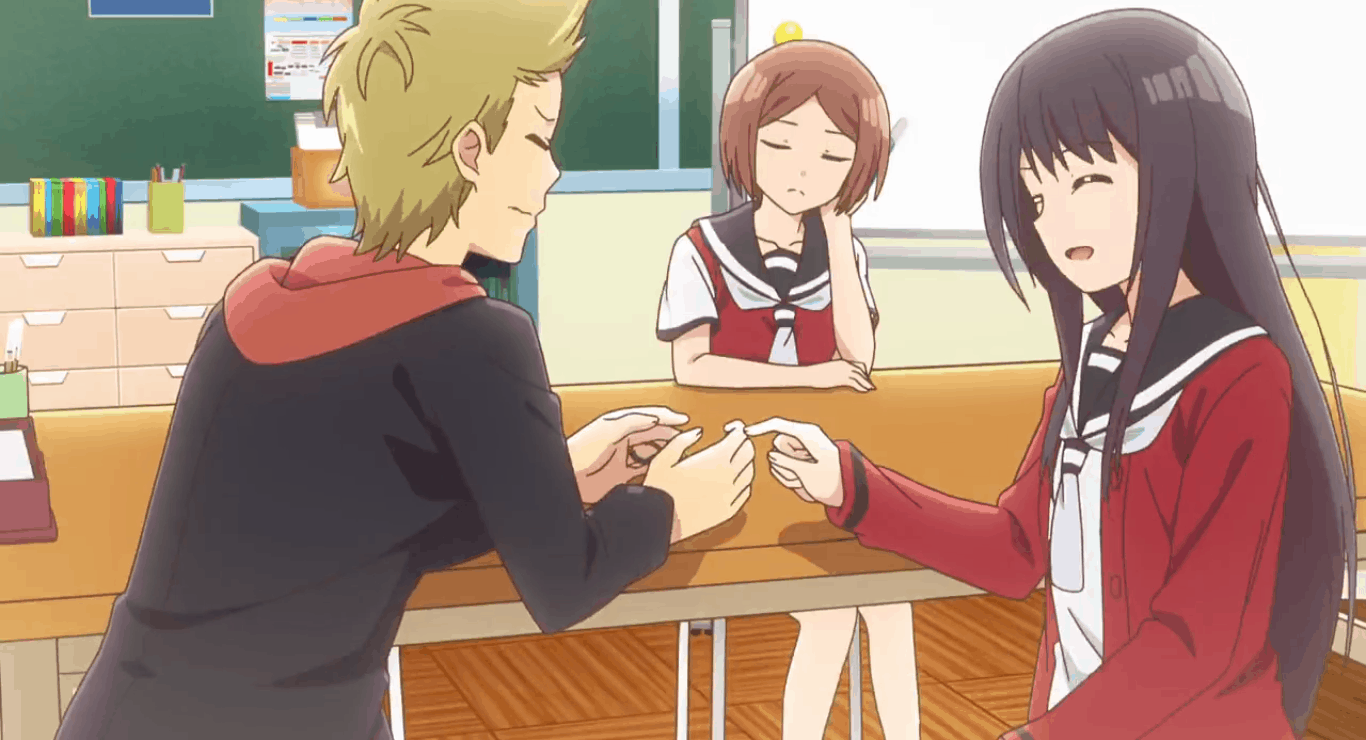 As luck would have it, Senryuu Girl didn’t make these kinds of jokes its go to. This show was much better than that. For instance, one of the funniest moments of the series came during a test of courage. What made this scene so wonderful was how legitimately terrifying it was.

So, aside from some of the jokes not working — which does happen even in the best of comedies — was there anything else about Senryuu Girl that stumbled?

I suppose if you’re hoping for romantic tension, love rivals, and all that drama then yes, you will probably be disappointed with this series. Then again, if that is what you thought this show would be going into it, then you made several massive miscalculations along the way.

And with that, I need to kill the section here. Senryuu Girl, for what it was (and for how long it was), was perfect. 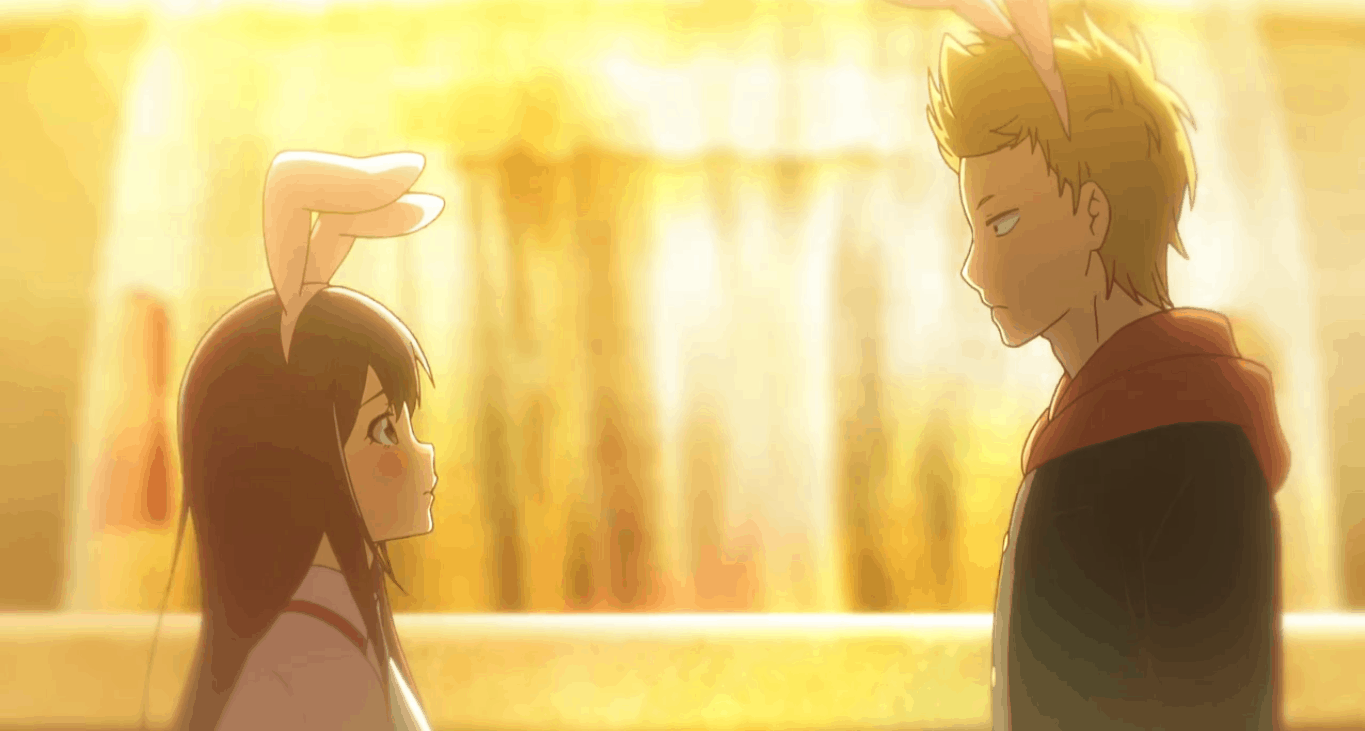 This was one of those short-form series that most likely could have succeeded in long-form.

The humor was great, the cast was outstanding, and Nanako and Eiji proved to be one of the best couples to come out of 2019 (as of this review’s September 2019 post).

For how little you need to invest in this show, it’s a no brainer.