Hajime Nagumo was your average teenage nobody when he and his entire class were suddenly transported to a world of fantasy and magic, and they were told they were the heroes of legend who would fight to protect the land from evil. The class grew accustomed to their roles, and Hajime was content with staying quiet in the background. Then one day, when exploring a mysterious labyrinth, there was an “accident.” Hajime is cast into the depths of darkness, but a strong will to survive lights a fury within him, and through sheer determination, he grows to become the strongest fighter in the entire world.

END_OF_DOCUMENT_TOKEN_TO_BE_REPLACED

If It’s for My Daughter, I’d Even Defeat a Demon Lord Series Review: Daddy, Daughter, and Magic

If It’s for My Daughter, I’d Even Defeat a Demon Lord

Dale is a young, but highly accomplished and well-respected adventurer. While out on a job, Dale runs into a lost and starving demon girl named Latina. Unable to abandon the poor child, Dale brings Latina back to town. Unsure of what to do, Dale decides he will start looking after Latina, and now, the once harden warrior is settling into his new role as a father figure.

END_OF_DOCUMENT_TOKEN_TO_BE_REPLACED

The best rugby players know that physical ability can only get you so far. It takes a tactical mind to defeat the most formidable opponents. For Riku Haruma, it took him a long time to remember that, and his love for the sport was rekindled upon meeting Kariya Akira. The combined skills of Riku’s strategic mind and Kariya’s raw power promise to make them an unstoppable duo.

END_OF_DOCUMENT_TOKEN_TO_BE_REPLACED

In Academy City, there are people with extraordinary abilities. Known as espers, these super-powered beings are ranked from Level 1 to Level 5. Of the strongest, the legendary Level 5s, there is only a handful. And of these select few, there can only be one at the very top; the most powerful esper in all Academy City goes by the name Accelerator.

END_OF_DOCUMENT_TOKEN_TO_BE_REPLACED

The new school year is almost here, and it is a chance for every student to reinvent themselves. For Nishikata, he hopes to finally win one over on his long time, self-appointed rival, his classmate Takagi, who can’t help tease Nishikata whenever she sees him. Even with his best-laid plans ready to go, Takagi makes quick work to upend any victory Nishikata hopes to achieve.

END_OF_DOCUMENT_TOKEN_TO_BE_REPLACED

Astra Lost in Space Series Review: From Out of the Void

In the future, space travel is commonplace, and the next generation of aspiring explorers attend Caird High School, who must undergo a rigorous but controlled interplanetary mission. This year’s team’s mission starts simple enough. But quick things make a turn for the worst, and the group is flung to far reaches of space. With only a small chance to make it home, the team set off on a journey that will take them across thousands of light-years.

END_OF_DOCUMENT_TOKEN_TO_BE_REPLACED

One day, the peaceful life of Tanjirou Kamado is taken away from him when a demon slaughters his family. The only survivor is his younger sister Nezuko, but the attack turns her into a blood-thirsty demon. To save his sister, Tanjirou will need to find the fiend who killed his family. To do that, he must join the ranks of the mysterious Demon Slayer Corps.

END_OF_DOCUMENT_TOKEN_TO_BE_REPLACED

Is It Wrong to Try to Pick Up Girls in Dungeons? II

The goddess Hestia heads the Hestia Familia, and the sole member of her house is the adventurer Bell Crane. Recently, the Hestia Familia has started earning a bit of a reputation. Bell has shocked all Orario with his rapid rise through the adventuring ranks. However, in a town filled with egos and divine power, drawing too much attention can bring forth a whole set of troubles.

END_OF_DOCUMENT_TOKEN_TO_BE_REPLACED

One day, best friends Taichi Nishimura and Rin Azuma are suddenly transported to a strange and mysterious world. In this new land, both Taichi and Rin are shocked to learn they have unprecedented power. Their fame spreads quickly when it is discovered that Rin is the most gifted mage in the world and Taichi is the strongest sorcerer in history. However, the unwanted attention makes them the targets of villains who seek to undermine the current peace.

END_OF_DOCUMENT_TOKEN_TO_BE_REPLACED

It’s time to begin our seventh journey into the dark and the macabre, the strange and the creepy. Listen to the stories of the things that go bump in the night. It’s once again time for Yamishibai.

END_OF_DOCUMENT_TOKEN_TO_BE_REPLACED 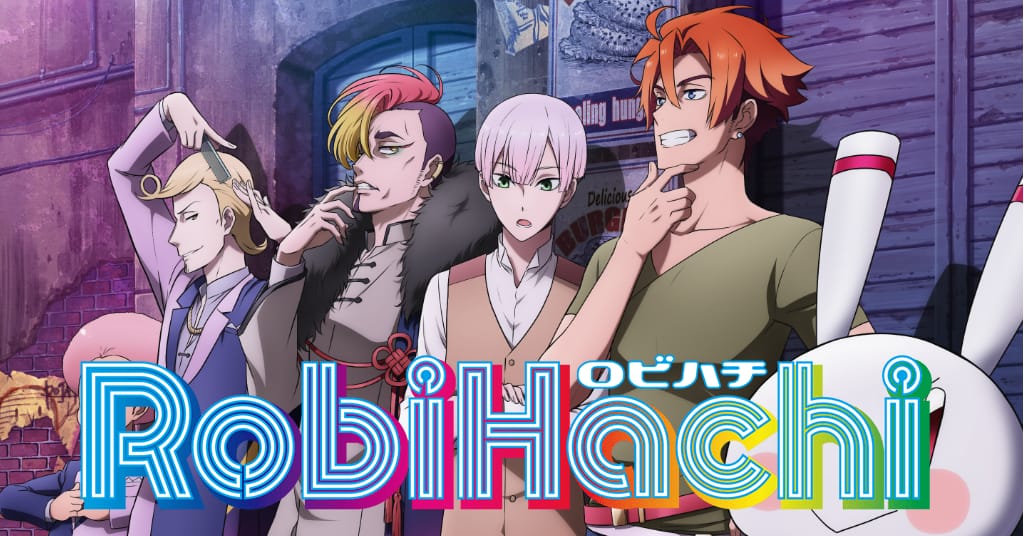 Living in Neo Tokyo, Robby Yarge has a bad habit of falling for scams and shady get-rich-quick schemes; thus, accumulating massive debt. One day, Robby is tracked down by part-time loan collector Hatchi Kita. When Robby’s loan shark comes looking for repayment, Robby hightails it to space and inadvertently bring Hatchi with him. Now a pair, Robby and Hatchi start a journey that will take them all across the galaxy.

END_OF_DOCUMENT_TOKEN_TO_BE_REPLACED 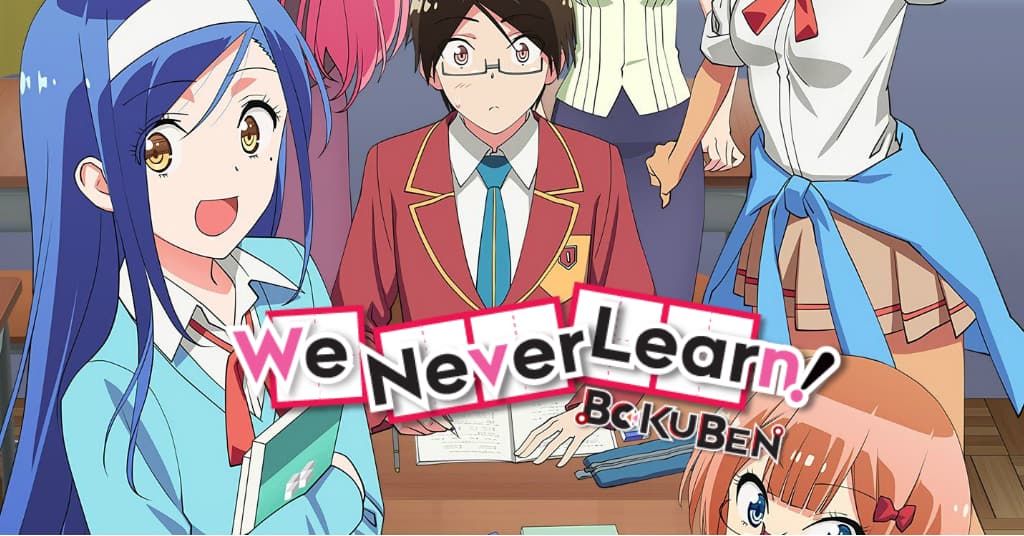 We Never Learn Series Review: The Above Average the the Exceptional

Nariyuki Yuiga is an above-average student who isn’t gifted in any one particular subject but is well versed in most. This has put him on the path for a free ride to attend university. There is just one catch. He must become the tutor of three of his school top geniuses, Rizu Ogata, Fumino, and Uruka Takemoto. This will prove to be surprisingly tricky since the girls wish to enter fields that are utterly opposed to what they have easily mastered.