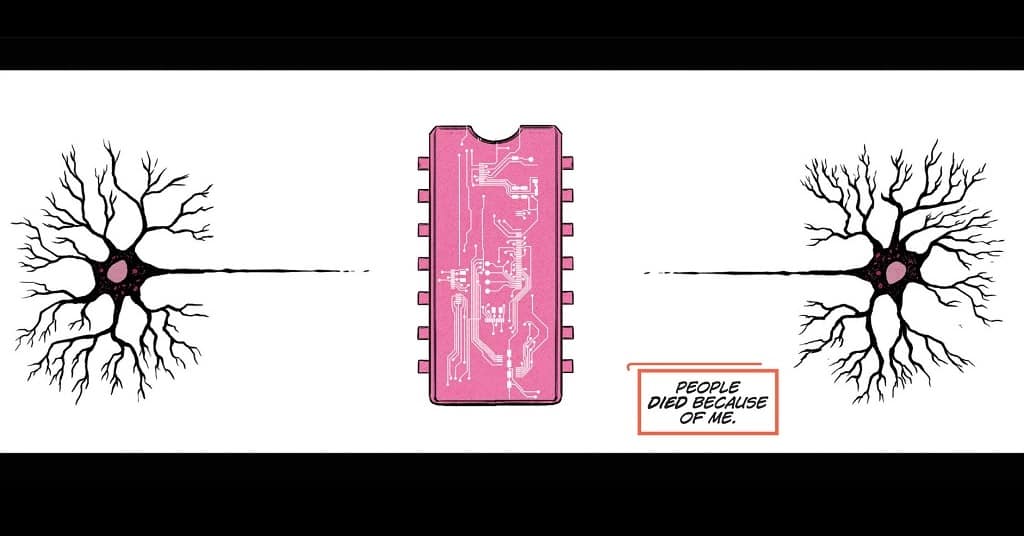 If one needed a solid foundation to step foot into the Valiant universe Vita Ayala just handed you four issues perfect for just that. Something intriguing without being overwhelming and familiar to older fans like myself without becoming stale. Besides when’s the last time we got handed a strong independent black woman who didn’t need no man in her own book that wasn’t Storm? Bottom line Livewire is a solid series that already shows great promise and the potential to become just as synonymous with the name “Valiant” as Ninjak, Bloodshot or X-O Manowar.

END_OF_DOCUMENT_TOKEN_TO_BE_REPLACED 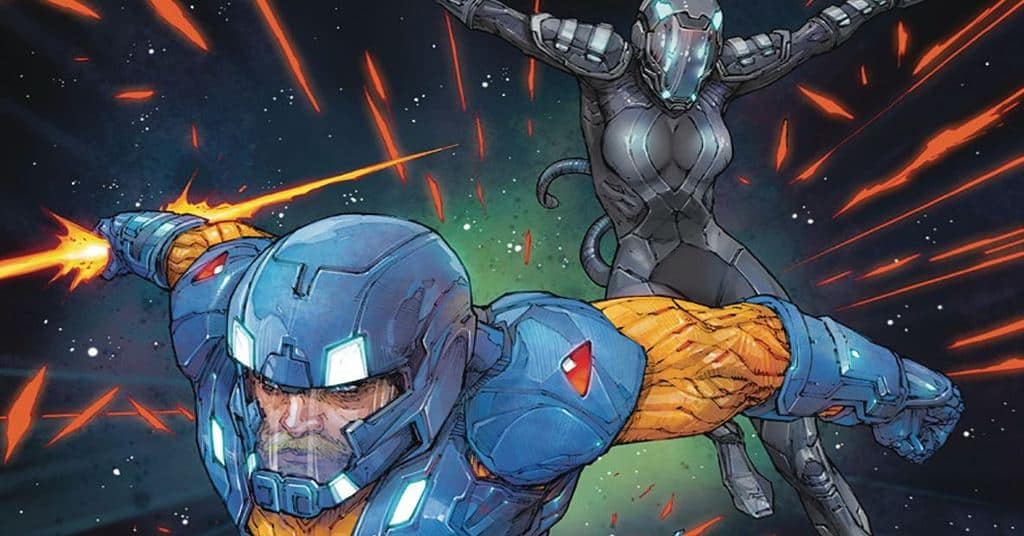 if you ever wondered…”what would happen if you put Jason Aaron’s Thor, Ed Brubaker’s Captain America and Matt Fraction/Warren Ellis Iron Man into a blender and only kept the amazing parts that really worked?” well wonder no more, because that’s exactly what X-O Manowar is.

END_OF_DOCUMENT_TOKEN_TO_BE_REPLACED 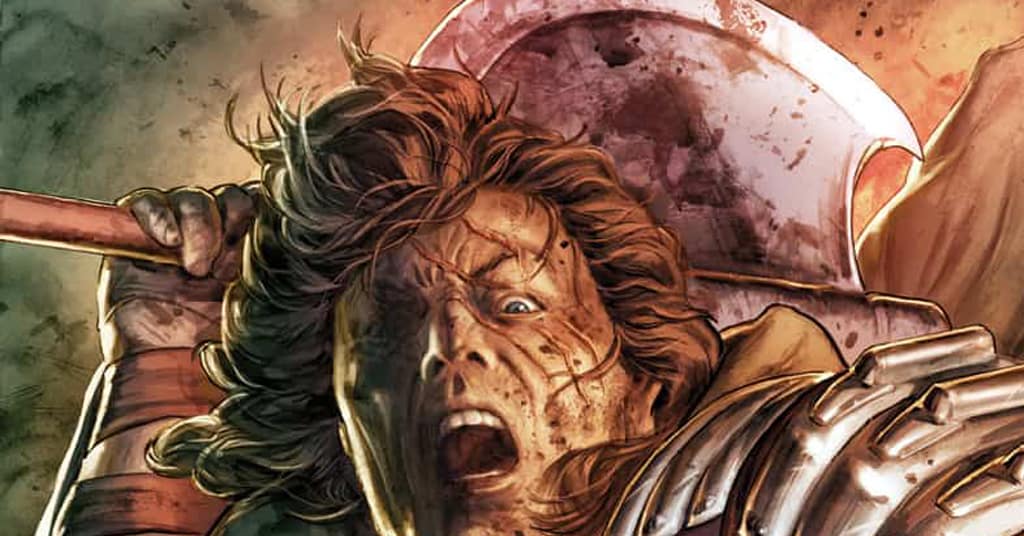 If you’ve been a fan of the Eternal Warrior for decades or if you’re just starting out, this issue is for you.

END_OF_DOCUMENT_TOKEN_TO_BE_REPLACED

Life just keeps on bringing the hard times as the world’s most wanted Psiot faces off against new villain Pan de Santos with some explosive results!

END_OF_DOCUMENT_TOKEN_TO_BE_REPLACED 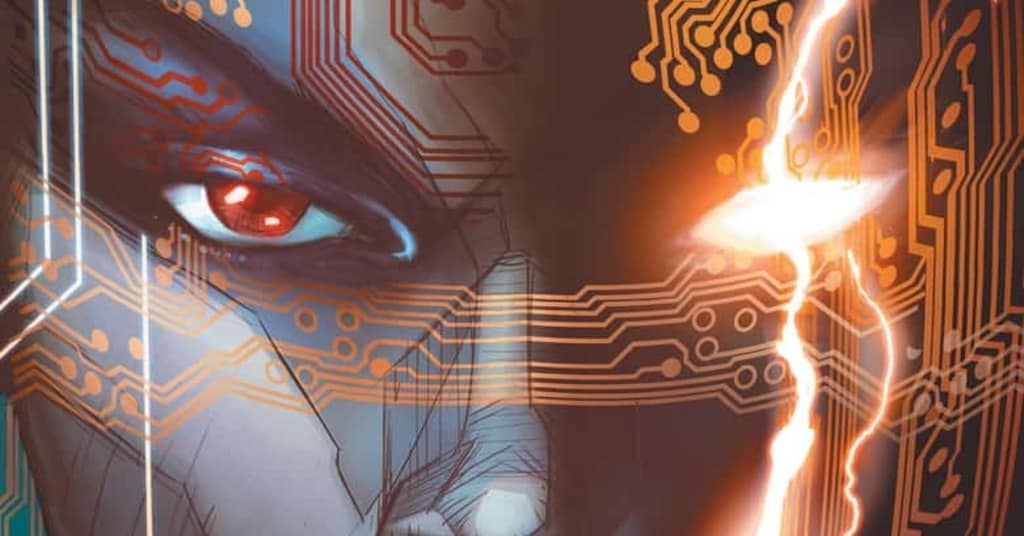 “Livewire shows us that she’s more than just flashy powers and all about equality, handing out equal rights and equal lefts…”

END_OF_DOCUMENT_TOKEN_TO_BE_REPLACED

If ever being an uptight rich douche was a bad idea facing down a really pissed super voodoo juiced hardass is probably it, Shadowman isn’t screwing around here….at all.

END_OF_DOCUMENT_TOKEN_TO_BE_REPLACED

“This is a whole new world – not just because it’s ‘Valiant future,’ but because of the literally earth-shattering events of 4001 AD. A new age, a new dawn, a new culture growing up with a look of its own.”-Dan Abnett

END_OF_DOCUMENT_TOKEN_TO_BE_REPLACED

NEWS WATCH:Vin Diesel Sneaks a Snap from the Set of BLOODSHOT!

END_OF_DOCUMENT_TOKEN_TO_BE_REPLACED

The Fantastic Four are back in the Marvel gaming world!

END_OF_DOCUMENT_TOKEN_TO_BE_REPLACED

FIRST WATCH: From the Local Scene to the Big Leagues- Dani Ward Debuts!

New York, NY (January 7, 2019) – Valiant Entertainment is extremely proud to announce that former JHU Comic Books manager Dani Ward has joined the company as a Sales Manager! As Sales Manager at Valiant HQ, Ward is focused on further developing relationships with Valiant’s direct market retail partners. Ward is also spearheading promotional campaigns for new issues and new story arcs for Valiant titles. Thanks to her years of experience in comic book retail and even more years as a passionate comic book fan, Ward’s the perfect choice to help Valiant continue to grow and meet retailers’ needs. “We are thrilled to bring Dani onboard the Valiant Sales Team,” said VP of Sales & Marketing Matthew Klein. “Her years of working in comic book retail positions her ideally to be able to help Valiant better understand what our direct market partners need from publishers now. She’s a fountain of ideas and has a tireless commitment to this industry. Dani is a tour de force who is going to be a major asset in growing our presence within the direct market. She will make sure we are continued to be seen as the publisher with the personal touch!” “I am happy to join Valiant Entertainment after enjoying selling their products during my time as a retailer,” stated Ward. “It’s an exciting honor to be amongst some of the most creative and innovative teams in the industry. I was always appreciative of how vigilant Valiant has been making sure to be informative and accessible to retailers. I am excited to continue to nurture our relationships going into 2019 and beyond.” About Valiant Entertainment Valiant Entertainment, a subsidiary of DMG Entertainment, is a leading character-based entertainment company that owns and controls the largest independent superhero universe in comics. With more than 80 million issues sold and a library of over 2,000 characters, including X-O Manowar, Bloodshot, Harbinger, Shadowman, Archer & Armstrong, and many more, Valiant is one of the most successful publishers in the history of the comic book medium. Valiant consistently produces some of the most critically acclaimed comics in the industry and has received numerous industry awards and accolades, including a Diamond Gem Award for Comic Book Publisher of the Year. For more information about Valiant, visit them on Facebook, Twitter, Instagram, and ValiantEntertainment.com. For Valiant merchandise and more, visit ValiantStore.com.

END_OF_DOCUMENT_TOKEN_TO_BE_REPLACED

oule has a talent for balancing sledgehammer heavy action with artful plot seed planting, and the way he uses both here shows that he’s truly gets Vader. Not just as a battle-hardened killing machine (although he nails that too) but also as the tragically flawed man underneath the mask.