NEWS WATCH: Super7 Brings Us the GI Joe Figures We Always Thought We Had

Believe it or not, but the company that brings you figures ranging from Camp Snoopy to Lemmy from Motorhead to The Wolfman to Archie Andrews is now set to bring us the GI Joe figures that we all wanted so bad almost 40 years ago. And by the way, it’s not Hasbro!

In 1982 the world was introduced to GI Joe: A Real American Hero in toy aisles all over the country as well as at newsstands in the form of the GI Joe A Real American Hero comic book from Marvel Comics. But in 1983 our collective minds were blown as GI Joe came to our TV screens and was on almost every day until 1992, after that, the cartoon gained immortality in reruns. As great as the toys and cartoons were, though, they never quite gelled 100% with each other. There were definite differences, most noticeably the detail was vastly different between the toys and the cartoon. The designs of the cartoon were a bit simpler, and had some stuff that the toys didn’t, while in comparison, the toys were much more detailed and came with a lot more weapons than the characters in the cartoon did.

Almost 40 years later, Super7 is correcting that, by making cartoon accurate figures as they introduce GI Joe Ultimate Action Figures. For those who’ve never gotten a Super7 Ultimate figure, you can aspect the gold standard of action figures. Several sets of hands, a few different heads with either different masks or facial expressions, as well as a great selection of weapons and accessories. The first wave of GI Joe Ultimate figures consists of Snake Eyes, Cobra Commander, Duke, and a Cobra B.A.T. But why tell when I can show: 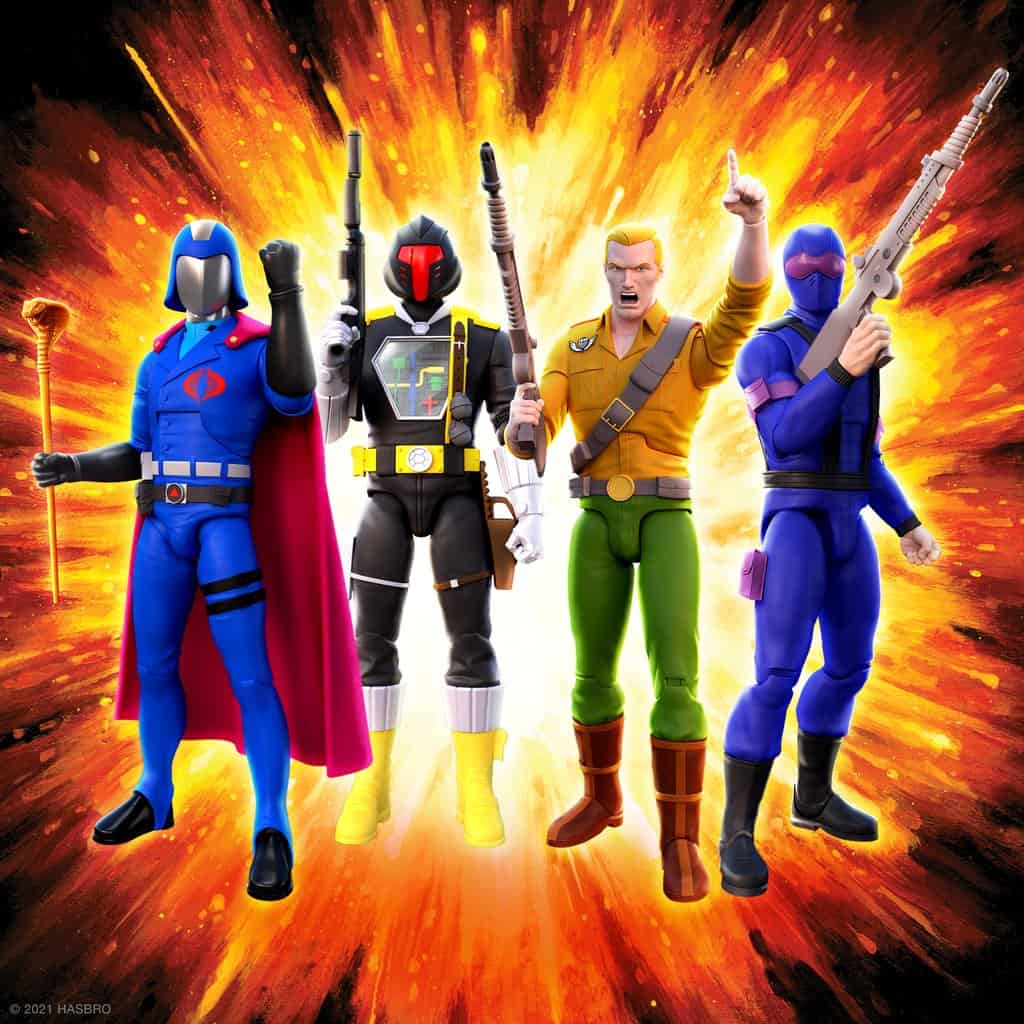 Almost as hot as their Ultimates lines are Super7’s line of Reaction Figures. These 3.75” figures come with 5 points of articulation and usually 1 accessory, but the nostalgia factor is dialed up to 11 with these figures, as they’re just like the figures that we Gen Xers had as kids. The first wave of these is a little bigger. 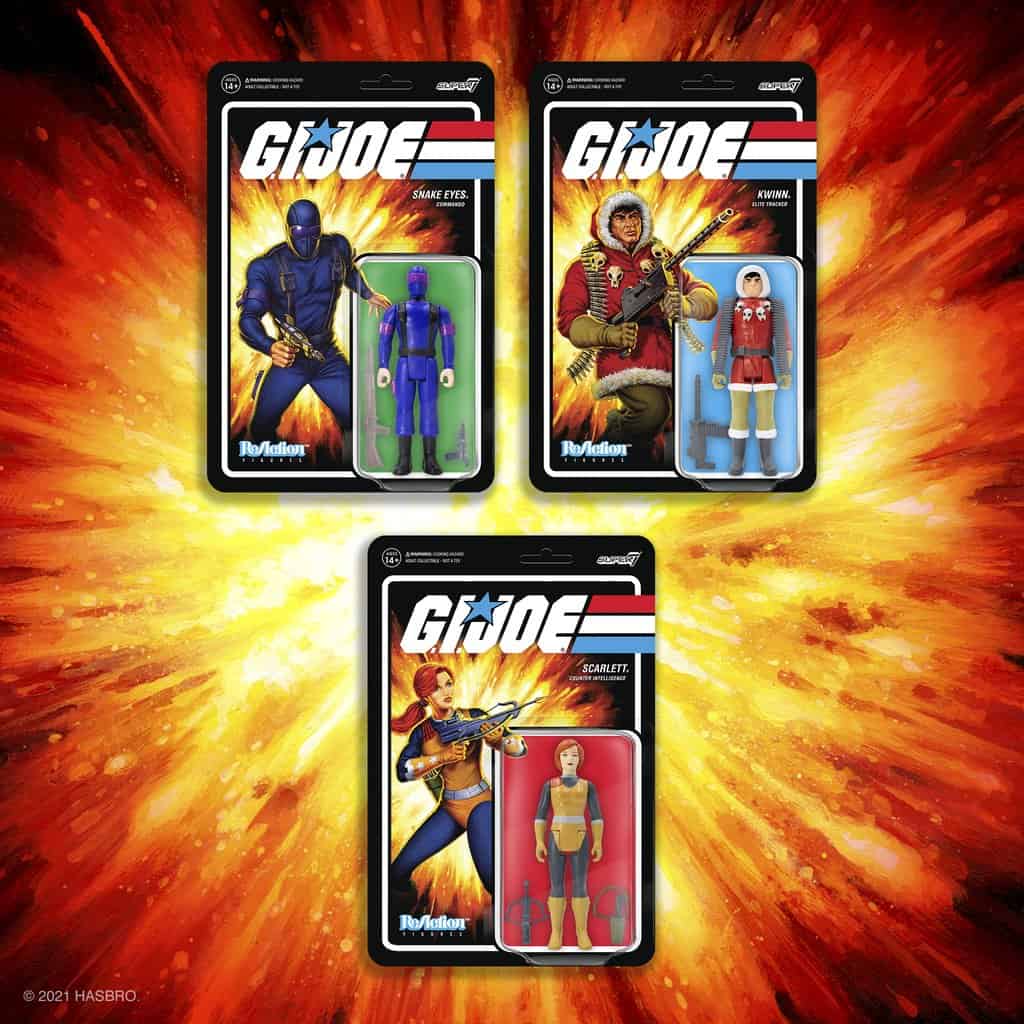 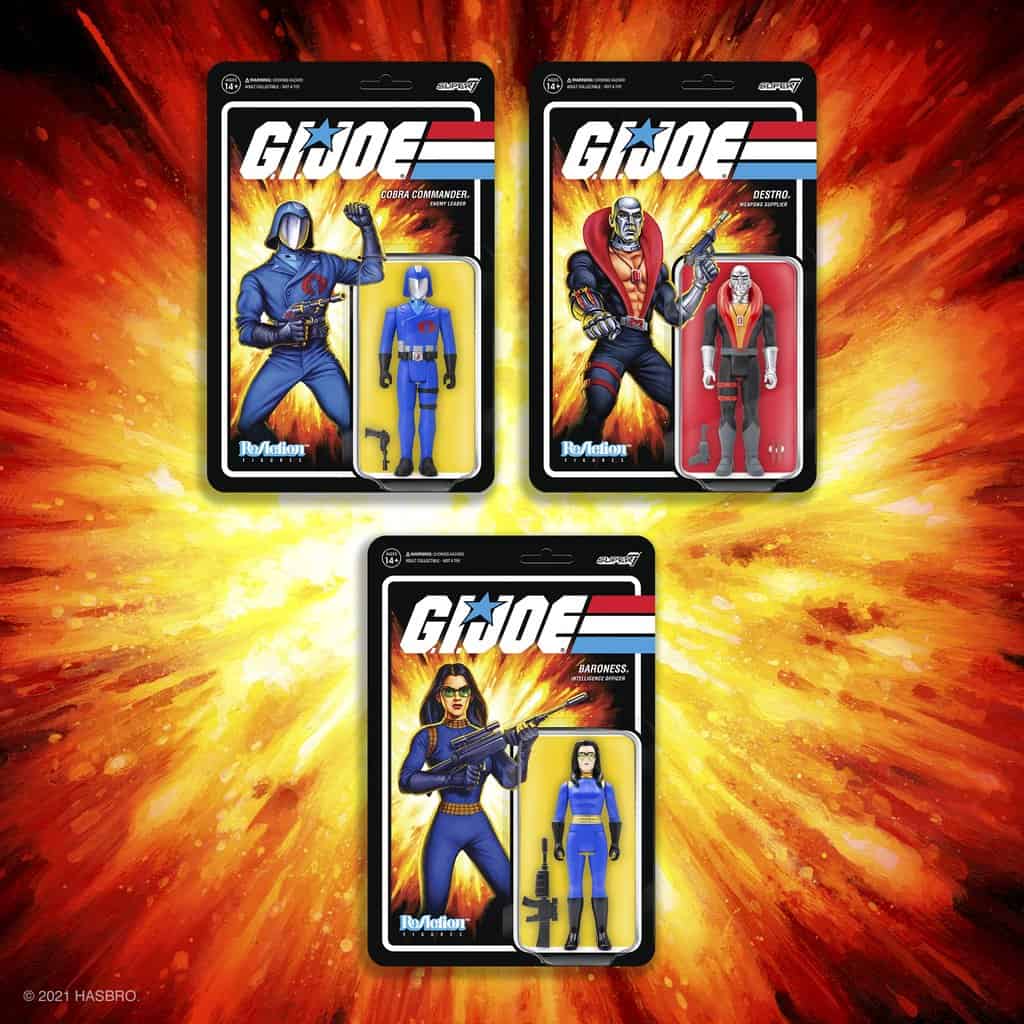 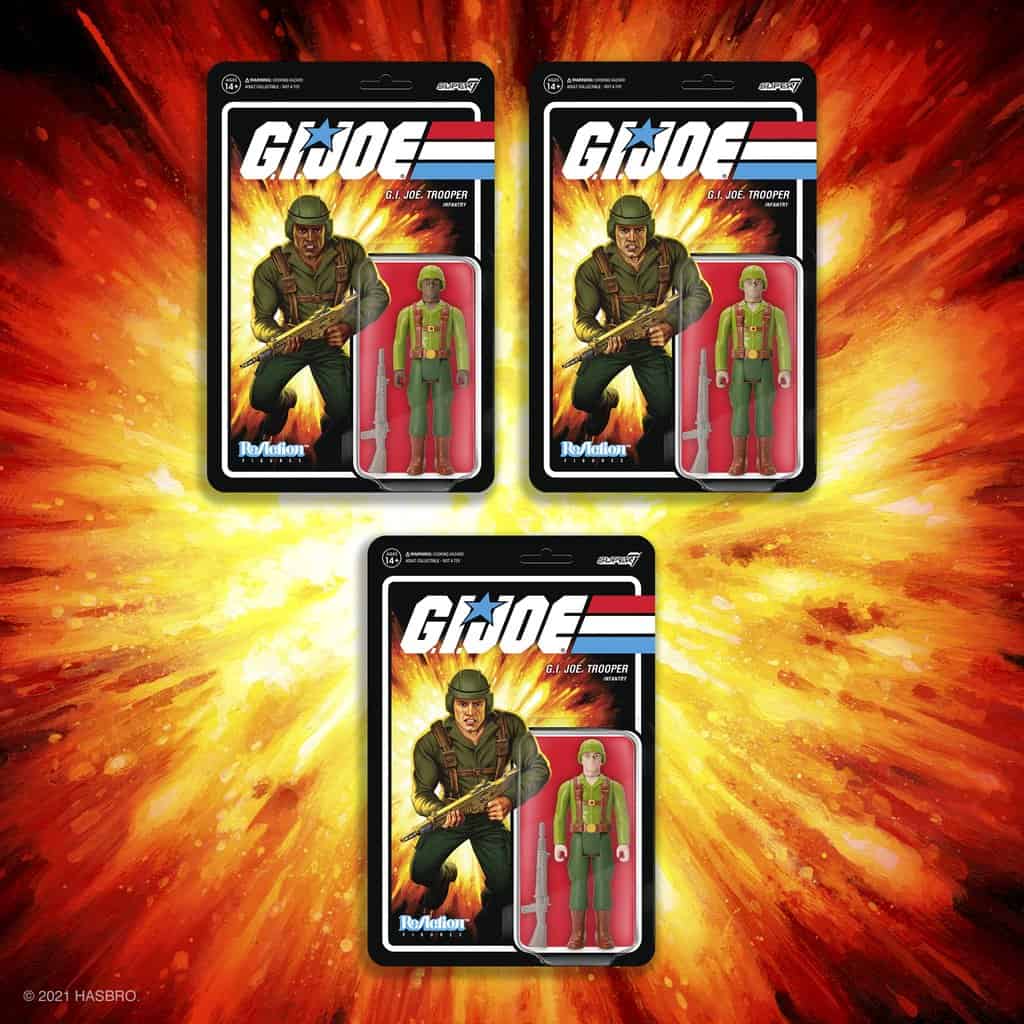 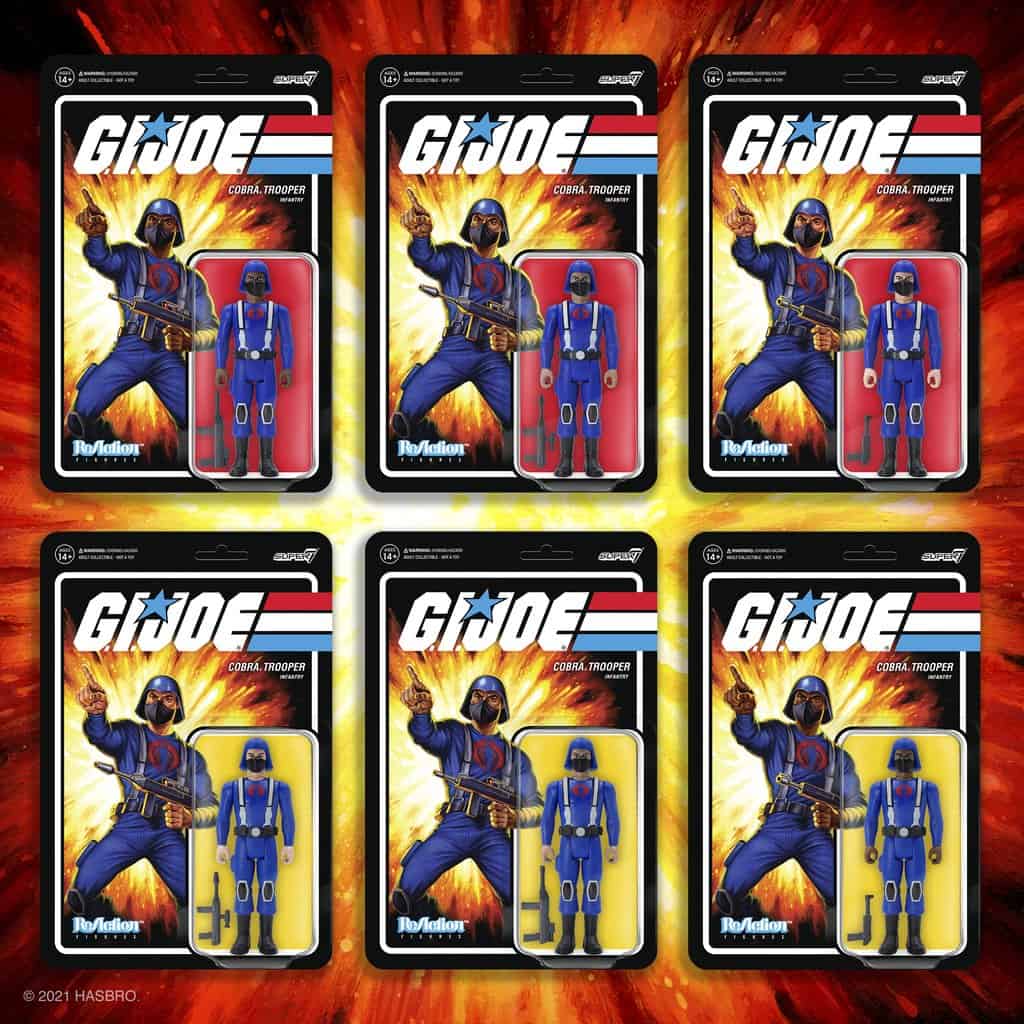 Whatever scale you prefer, don’t worry, Super7 has got you covered with these awesome new figures. The best part? Pre-orders for the Ultimates line are live NOW and the Reactions will be here before you know it, as they’re scheduled for a September release date. Head on over to super7.com for more details and to get your orders in now because believe me, these are gonna go faster than grape soda at a Dreadnocks convention!!

NEWS WATCH: Super7 Brings Us the GI Joe Figures We Always Thought We Had