The Collector’s Corner: Picks of The Week Plus! Prices Are Going Up

Greetings to all my Collectorlings! It’s been awhile since I’ve reported on the great collectibles coming to you soon. So I’ve chosen some of the more interesting things I’ve seen and shall give you a look at what you can pre-order now at your favorite shopping place. 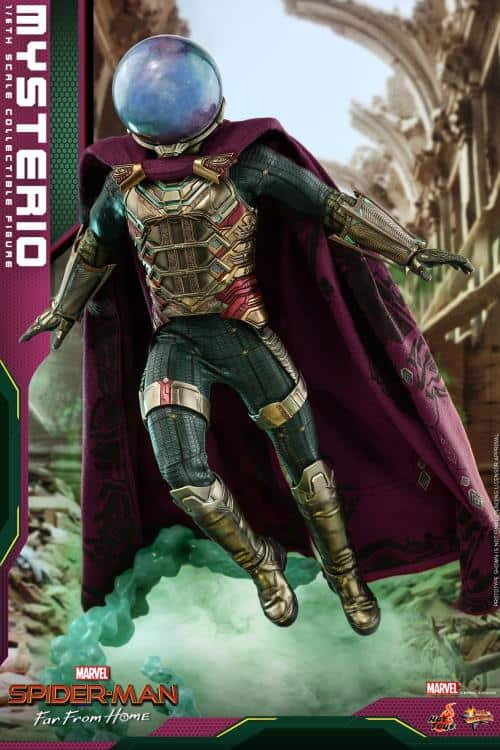 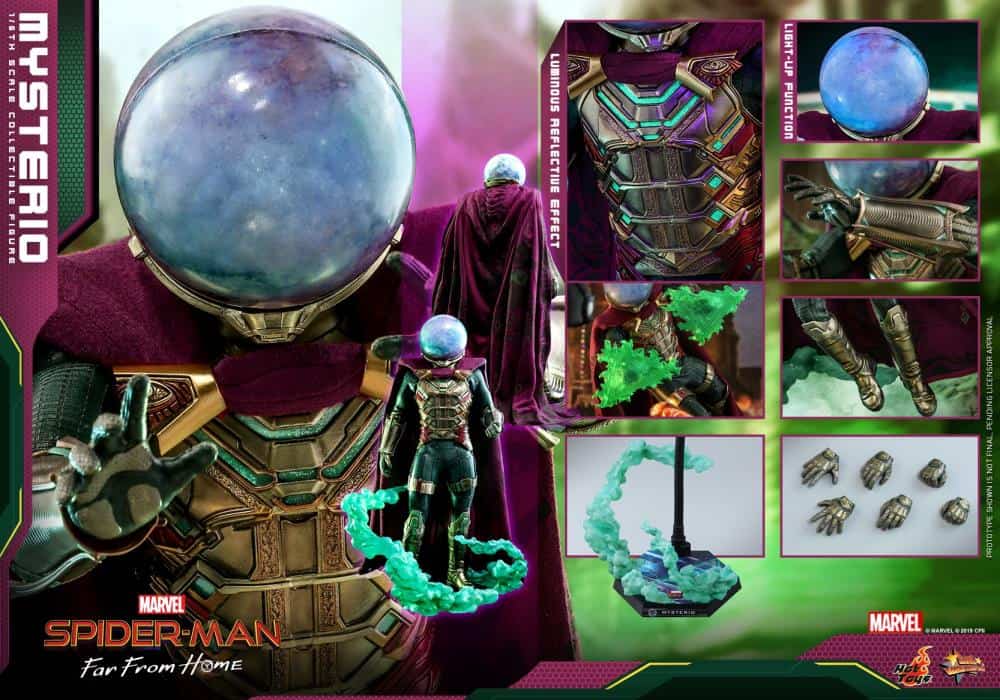 My personal favorite is this Mysterio 1/6 scale figure from Hot Toys. But I do have an issue with it…it does not come with a swap out Jake Gyllenhaal head. One of the reasons I’ve always believed that Hot Toys are so much more expensive than other action figures was due to their incredible life like realness to the actors in these costumes. At $259, this is rather pricey to not get the extra head. Now, it could be they are planning to release another version later that will include the head…this happened with the first Black Panther figure which did not include a Chadwick Boseman head but later was included when they made a second Black Panther to coincide with the movie. So it’s really a role of the dice here…take a chance on losing out in hopes for Jake’s mug or buy it now while you can because you know how much a figure like this is going to go up. I would suggest if you really want to add Mysterio to your collection to pick up one now because you never know if there will be another one. Also, there are places you can buy a head sculpt of Jake but with this figure I doubt the big fish bowl even comes off. 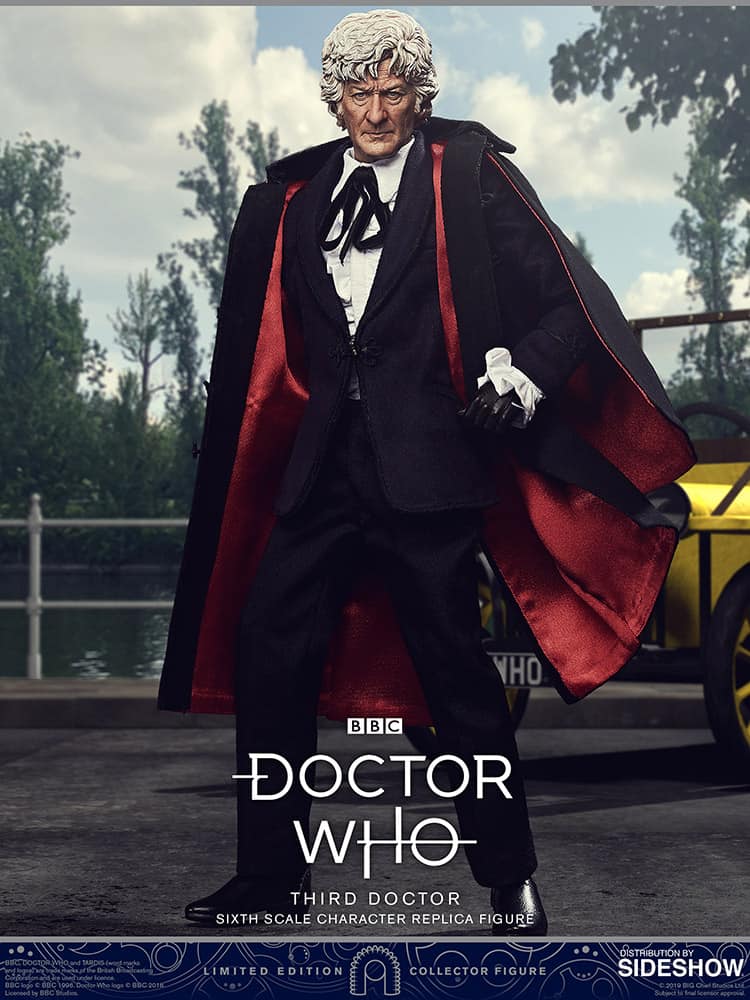 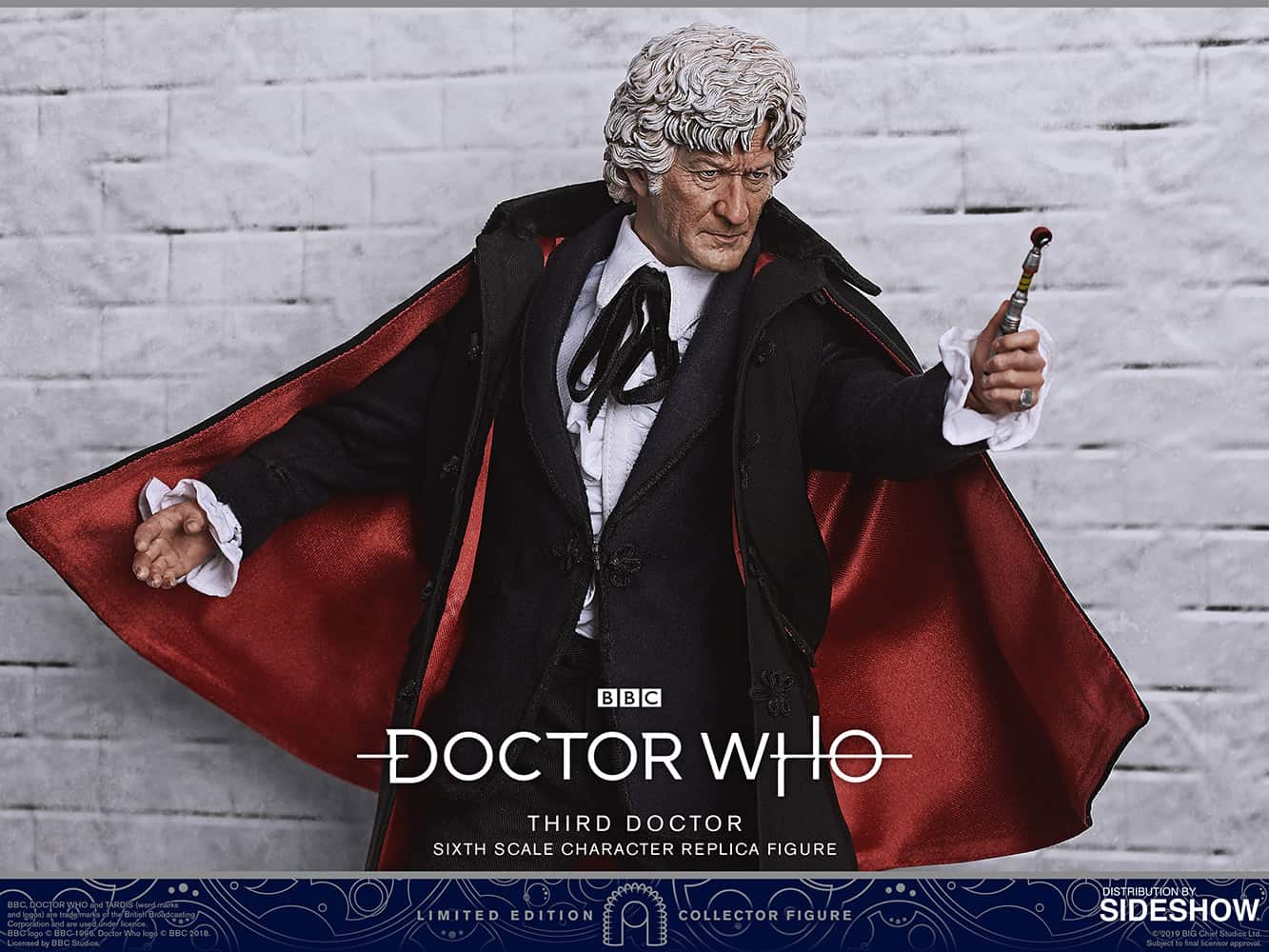 Another 1/6 scale figure of note is William Hartnell’s 3rd Doctor from the original run of Dr. Who. The likeness is incredible. You can find him at Sideshow Collectibles. 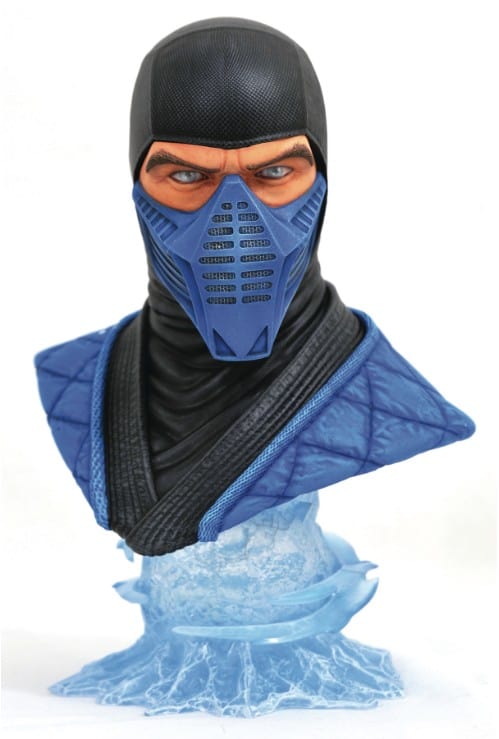 Diamond Select continues their Legends In 3D line with a bust of Sub-Zero from Mortal Combat. 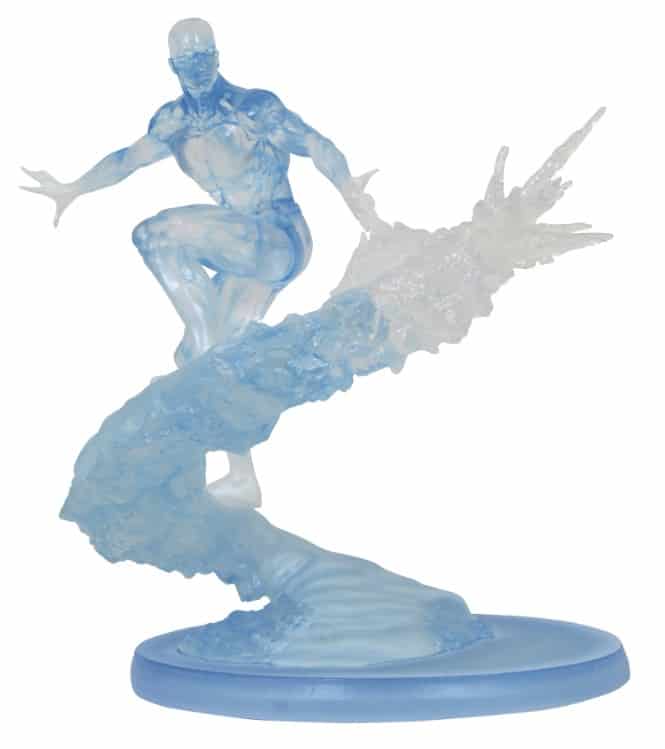 Speaking of sub-zero, also from Diamond comes this Ice Man statue which I have been waiting for since I first saw it displayed at this year’s Toy Fair. The last Ice Man statue like this came from Sideshow several years back and is now in the “when I win the lottery” price range. Bobby Drake retails for $199 but can be had for $179 at Big Bad Toy Store. 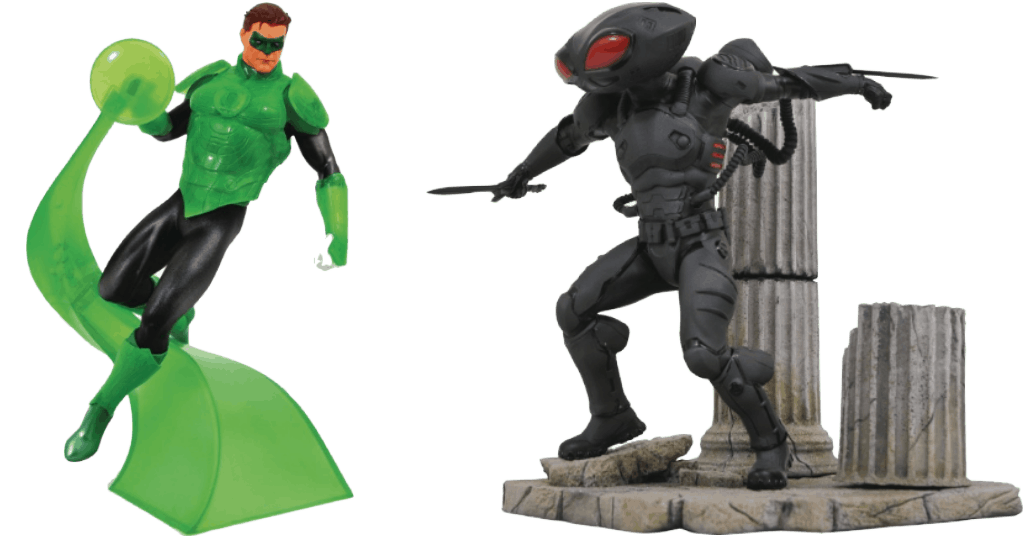 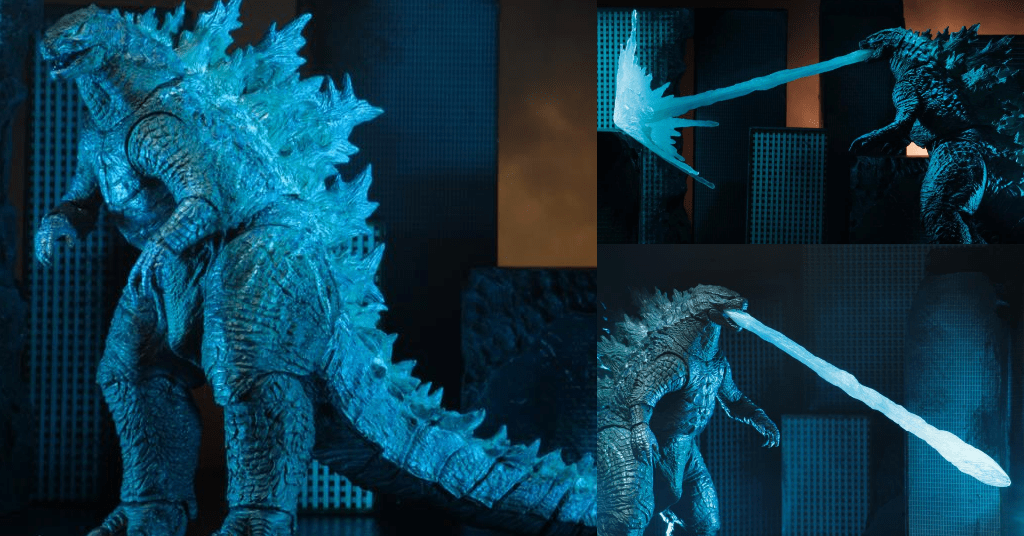 Keeping on the frugal side, Godzilla, King of Monsters is here in a more manageable 6 inch size and includes 2 radioactive breath effects. $22.99. 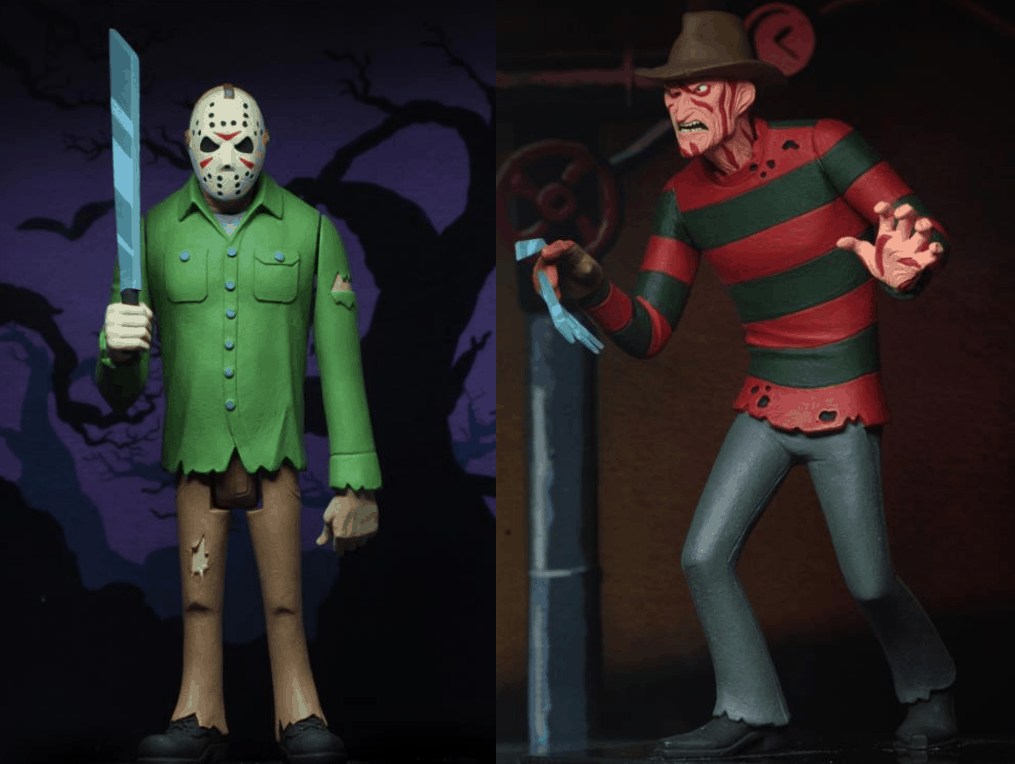 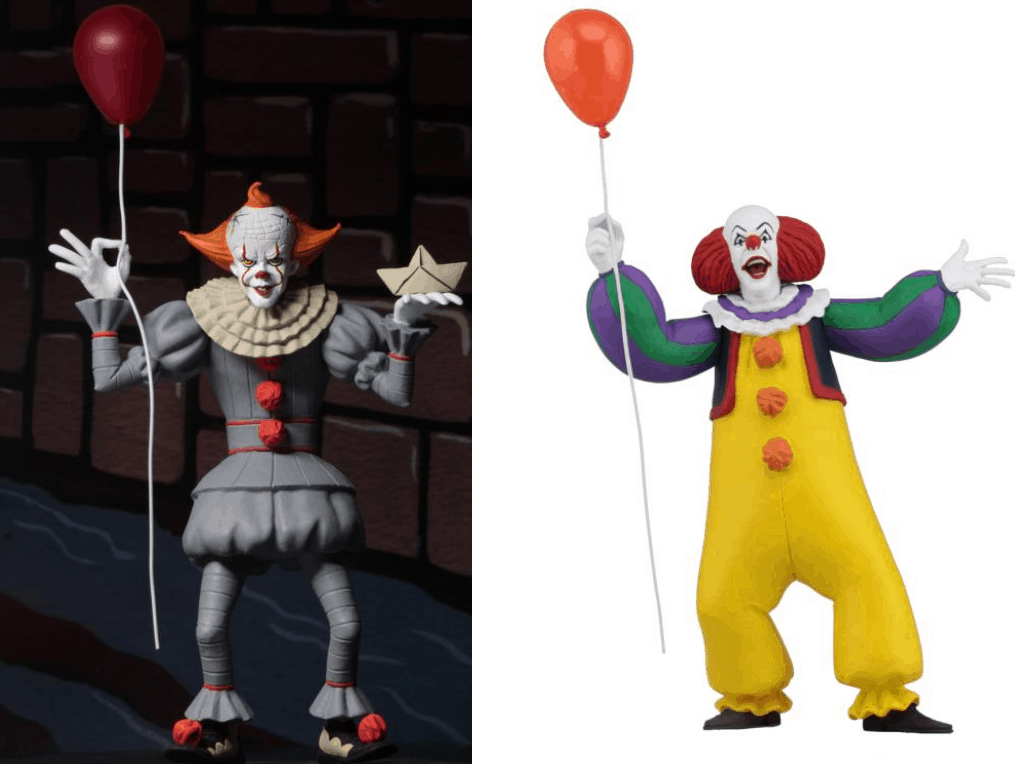 Toony Terrors are here! These 6 inch action figures may not have a lot of articulation but how long has it been since an action figure was $13.99? You can choose from Michael Meyers, Freddie Krueger, Movie Pennywise and TV Pennywise. Video versions of Michael and Freddy which are colored differently but basically the same are also available. 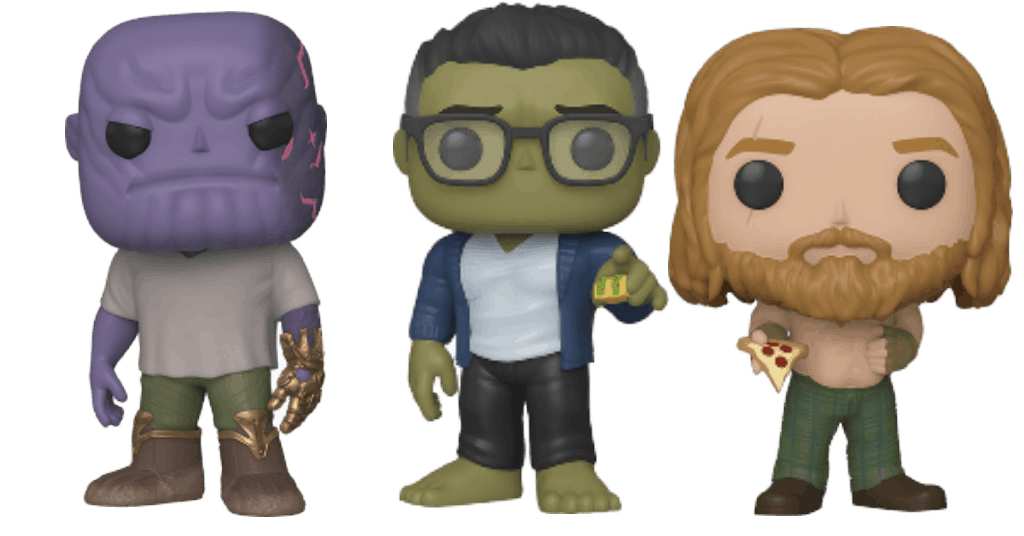 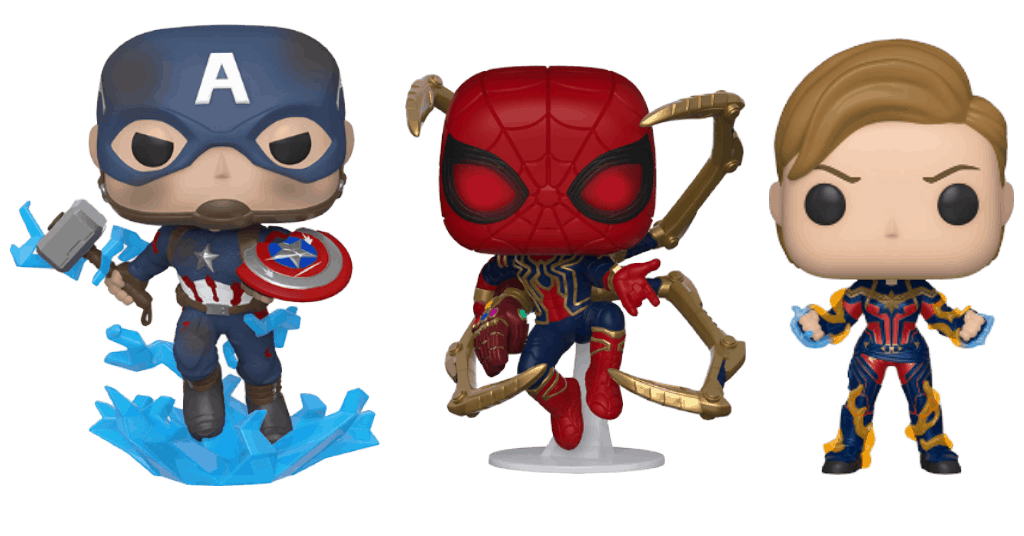 What? You don’t have enough Avengers Endgame Pops? The horrors! Well, let’s see what we can do about that. While Hobo Thanos, Prof Taco, Fat Thor with Pizza and new do Captain Marvel we wouldn’t have missed, the Captain America with Hammer and Shield (an exclusive version was available which is now being hawked at $80) is a must and we finally get to have a full Iron Spider with the legs plus the nano gauntlet. 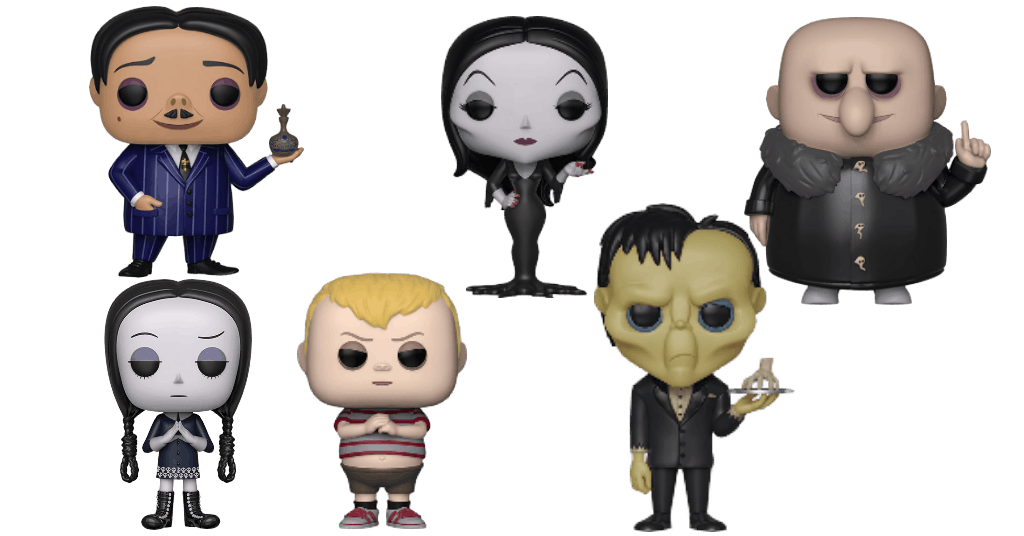 It seems like only recently I was showing you the new Addams Family Pops based on their iconic TV series of the sixties. This October, a new animated Addams Family will hit theatres and just ahead of the film’s release comes a new set of Pops. This set features a Lurch which I could not believe they omitted the first time. Try as I might, I couldn’t even find one as an exclusive. Well, here he is! Though I would have loved a Ted Cassidy Lurch this new Lurch Pop will also feature Thing! No Cousin Itt in this batch. You can get these Pops on sale 3 for $27 at Hot Topic if you act real fast. 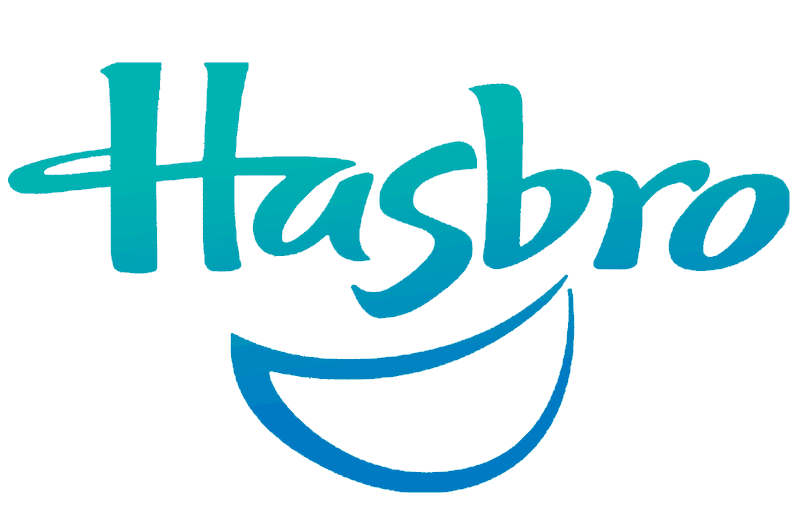 I’ve saved the news part for last because I wanted you to have the amazing collectibles above to relish in your thoughts as I bring you the sad news that, in response to your world’s silly trades wars between countries (*uh hmm*, America and China) Hasbro has announced they will be raising the prices on their toys. Since almost all toys are made in China this is going to hurt…almost as much as when they started taxing internet sales. While Hasbro is the first you can most assuredly expect every other toy company and statue maker to follow suit. In the case of statues, we’ve already seen astronomical leaps in the pricing and this new (and may I add unnecessary) tariff increase could put statues out of the range of a lot of collectors. Unless, of course, places like Sideshow Collectibles which has seen some of the highest price increases already decide to absorb some of the tariffs themselves. A tariff, you see, is a tax. A tax which the country being hit with the tariff will not pay itself but will pass every penny onto the consumer. So called “Tariff Wars” do not hurt countries as much as they do the consumer. So you could try writing to your representatives and telling them you are against tariffs but it will probably fall on deaf ears. Luckily there is a second option for you and that is your vote! And although the President of the United States threw out a “bone” –delaying the tariffs set for September 1 till December 15– you can be assured that prices will still go up either on or even before that date. So buy or get your pre-orders in now! 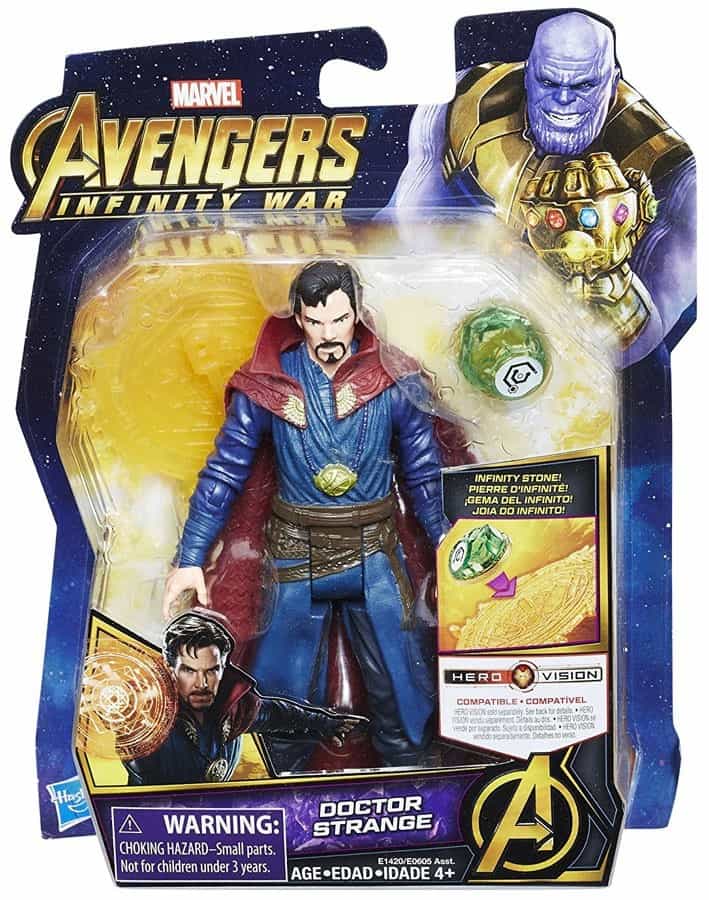 In other Hasbro news, the company says they will be doing away with plastic.  Soon your action figures will come in a paper origami form. Ha! Just joshing! Sort of. Hasbro will be doing away with much of the plastic contained in the packaging of their toys.  So in the future you may not be seeing those blister packs showing you your action figure in all its glory. It’s not known for sure which toys will be impacted by Hasbro’s goal of drastically reducing plastics by 2022. For sure you won’t be seeing the shrink wrap which usually comes on all the board games but will they then just glue the boxes together? I will keep you posted as more news comes.

The Collector’s Corner: Picks of The Week Plus! Prices Are Going Up