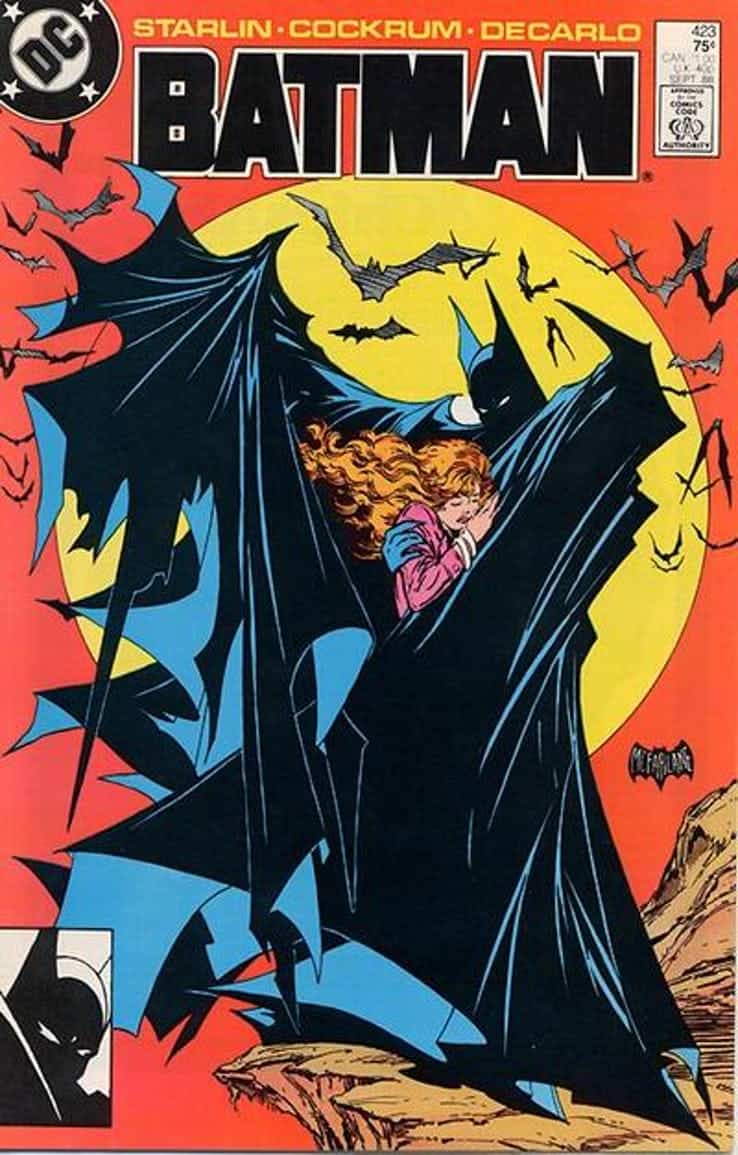 Over the weekend San Diego Comic-Con revealed the 100th statue in the Black & White Batman series during their celebration of 80 Years of Batman. The six foot statue was presented by Todd MacFarlane and was based directly off his cover from Batman number 423. 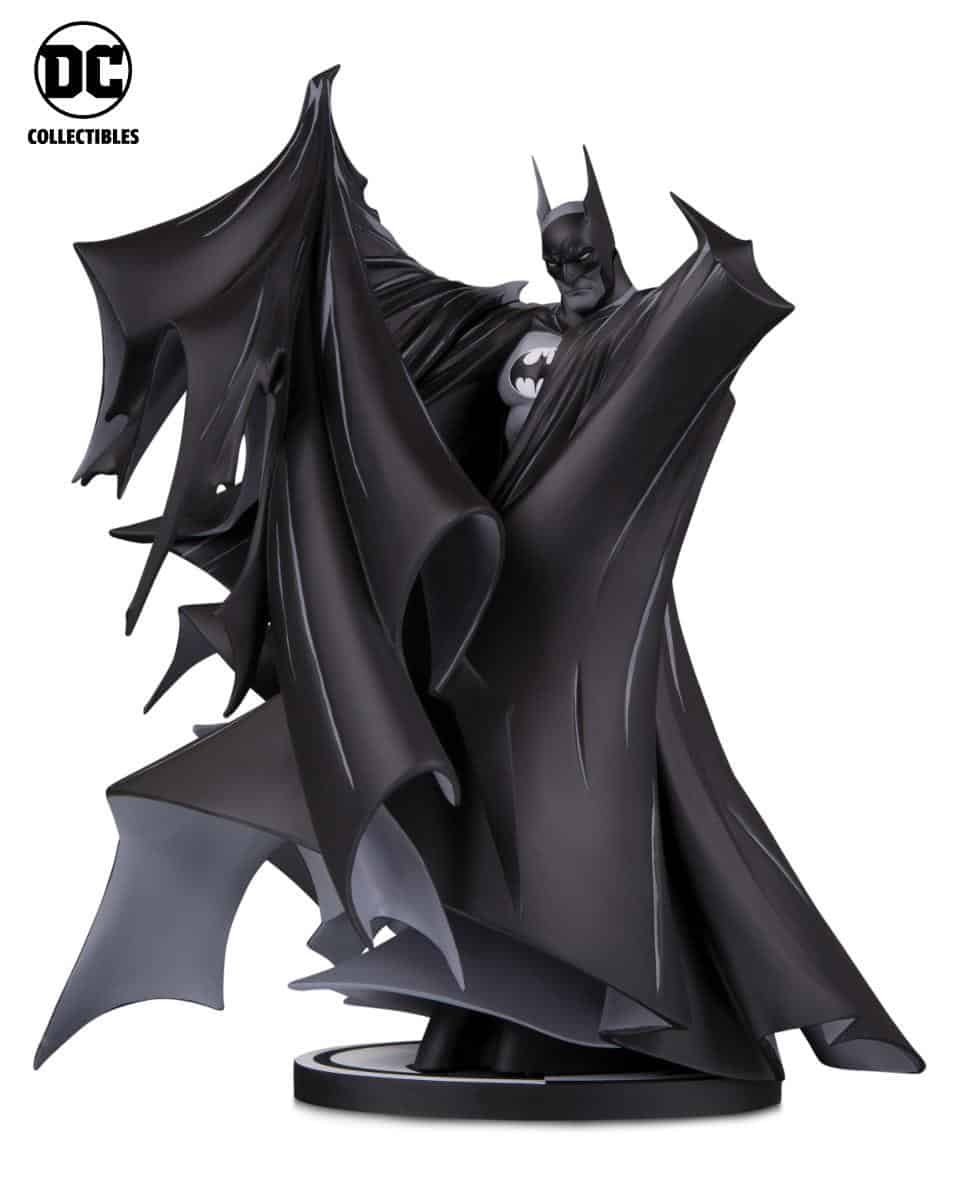 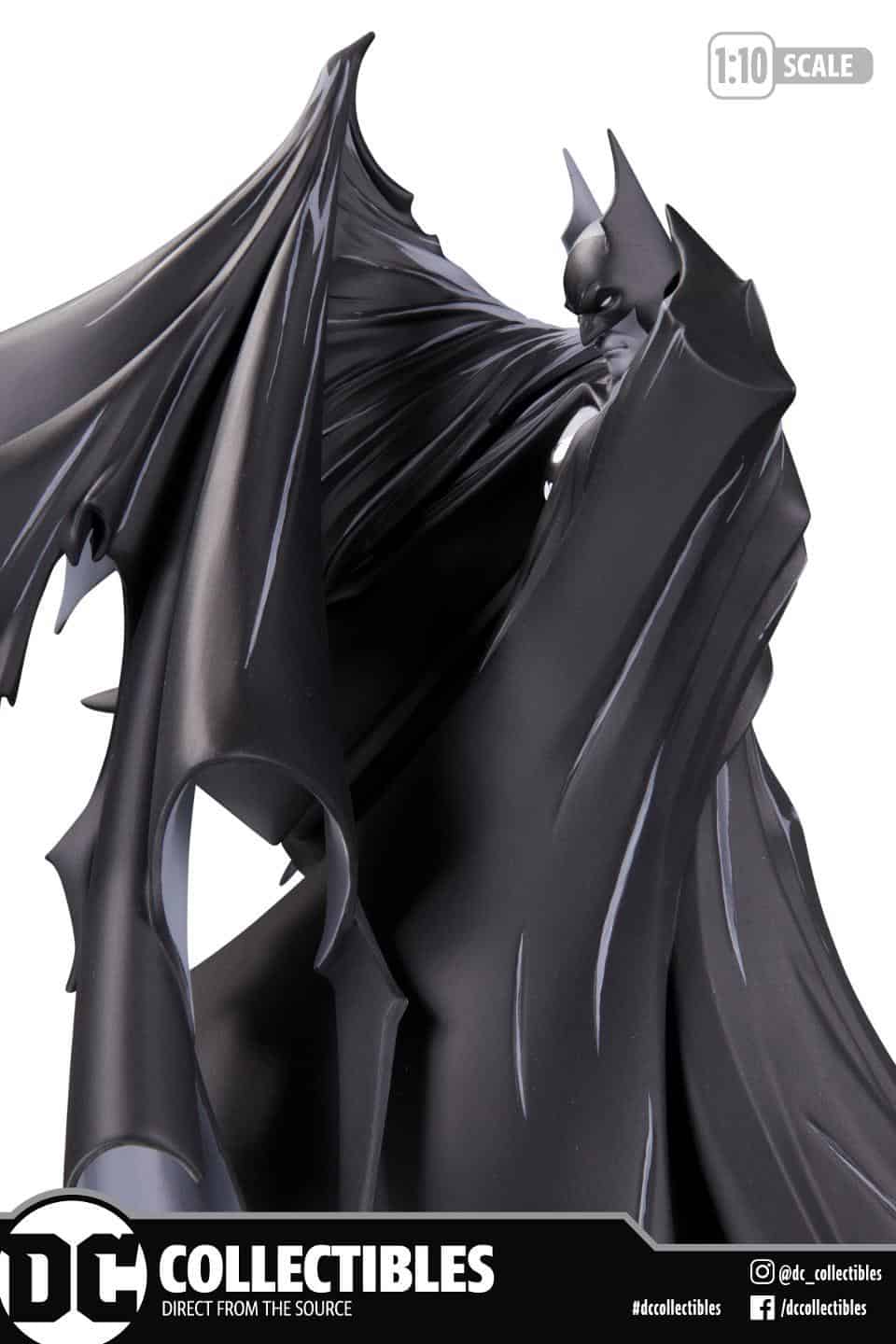 The six foot statue was auctioned off at the end of the convention but you will have a chance to own a 1/10th scale version of it when it comes up for order later. 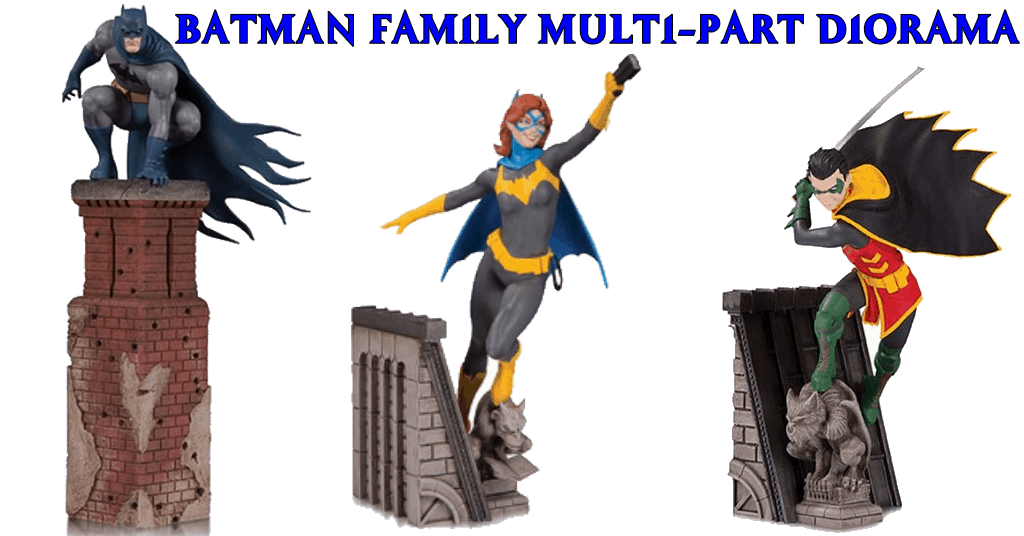 In other Bat-statue news, DC Collectibles is putting together a multi-part diorama of the Bat Family. The first three statues that have gone up for order are Batman, Batgirl, and Robin. Other characters will join the scene but DC is keeping hush on who those will be at the moment. 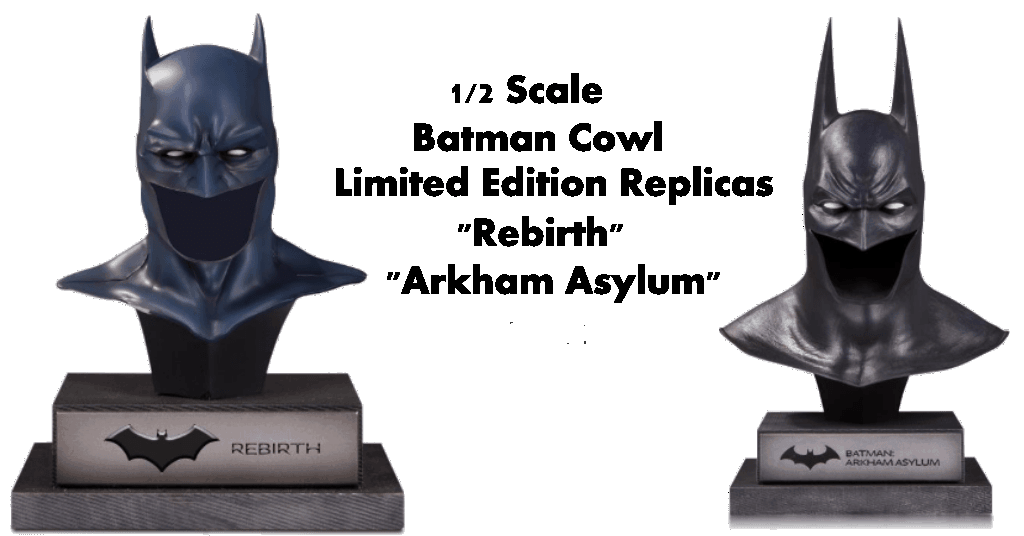 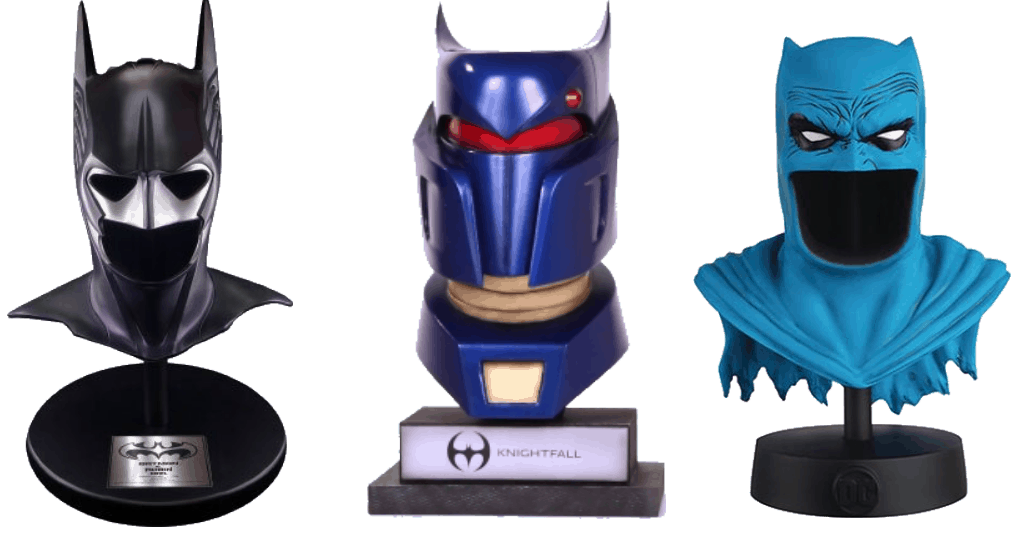 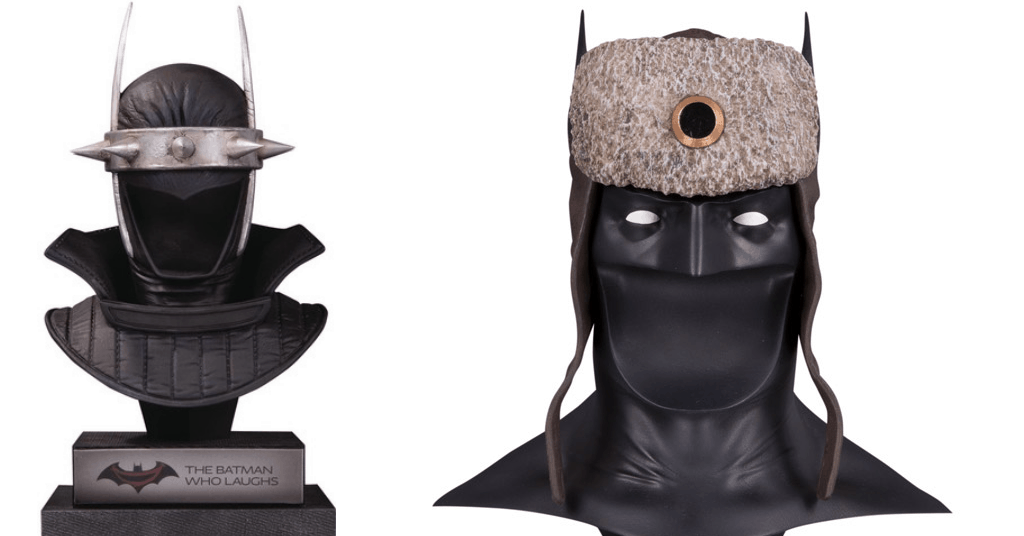 Finally, check out these Batman Cowl collectibles! It looks like a race between Bruce Wayne and Tony Stark to see who has the most costume versions! 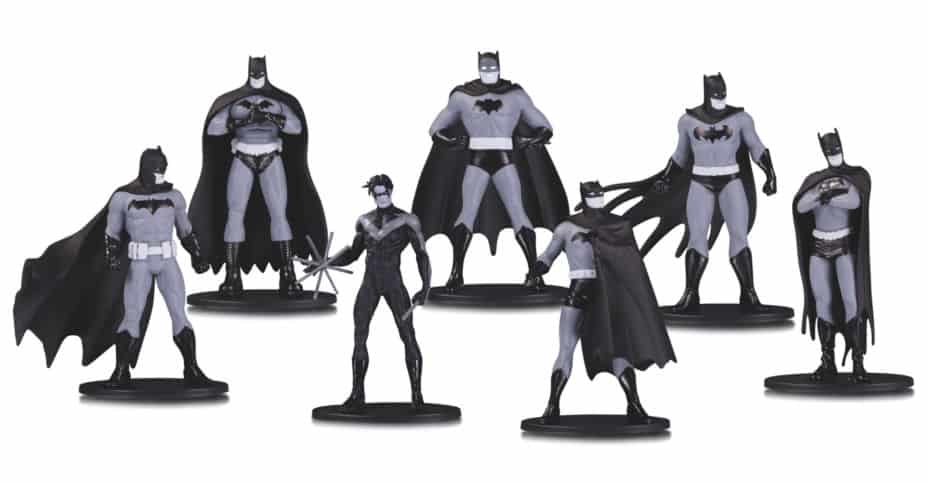