Three new statues based on Marvel’s WandaVision have gone up for pre-order from Iron Studios. Two of the statues are based on Wanda and Vision’s Halloween “costumes” from the series. The third is a gorgeous “action” statue taken from the final scene of WandaVision as Wanda floats in the air amidst her hex magic while studying the Darkhold….a scene which will lead into her appearance in the upcoming Dr. Strange In The Multiverse Of Madness (due out in 2022). 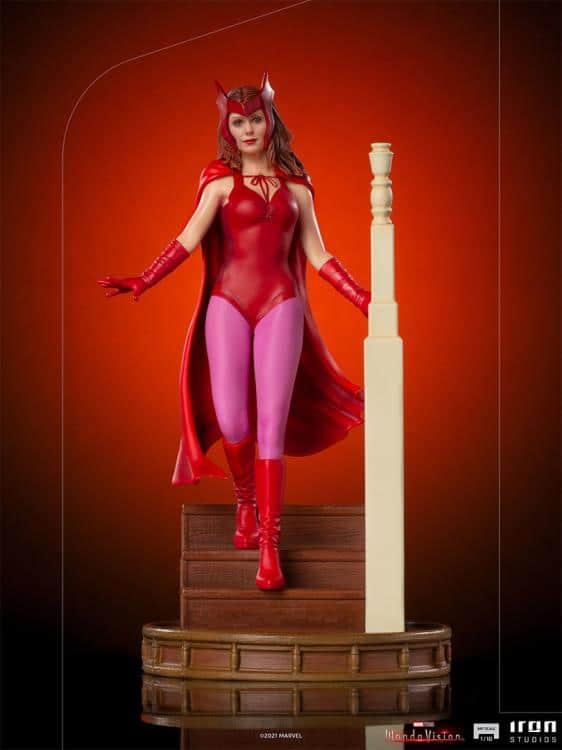 While Wanda’s costume is very comics-accurate, Vision’s looks a little more like a thrift store costume and much sillier (those yellow trunks-argh!). 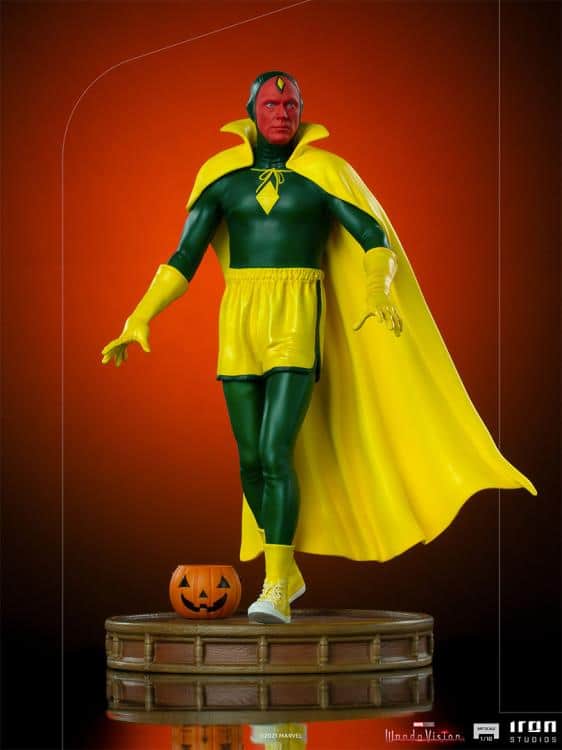 The real winner is the Scarlet Witch reading the Darkhold statue. Iron Studios is really dominating the 1/10th scale statue market with huge statue lines from Spider-Man, X-Men and The Avengers. They may be smaller but the detail and painting is as good or better than some statues in the 1/4 scale size. 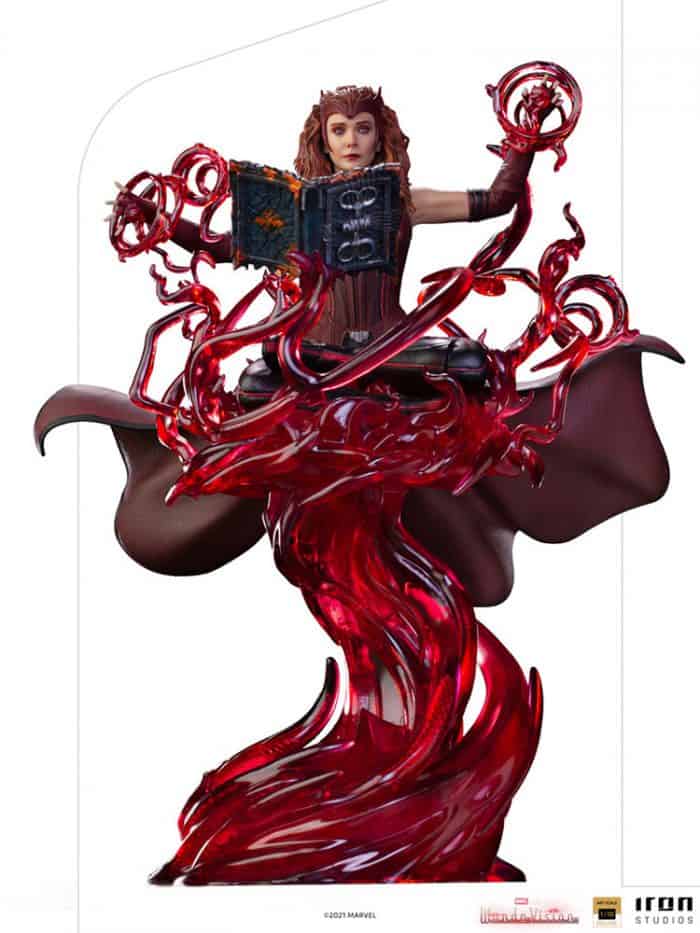 Halloween Wanda and Vision are selling for around $150 depending on where you order them from. The deluxe 1/10th scale Scarlet Witch/Darkhold statue is coming in at about $229.00. The statues can be pre-ordered from the Iron Studios website, Sideshow Collectibles and Big Bad Toy Store as well as other outlets. 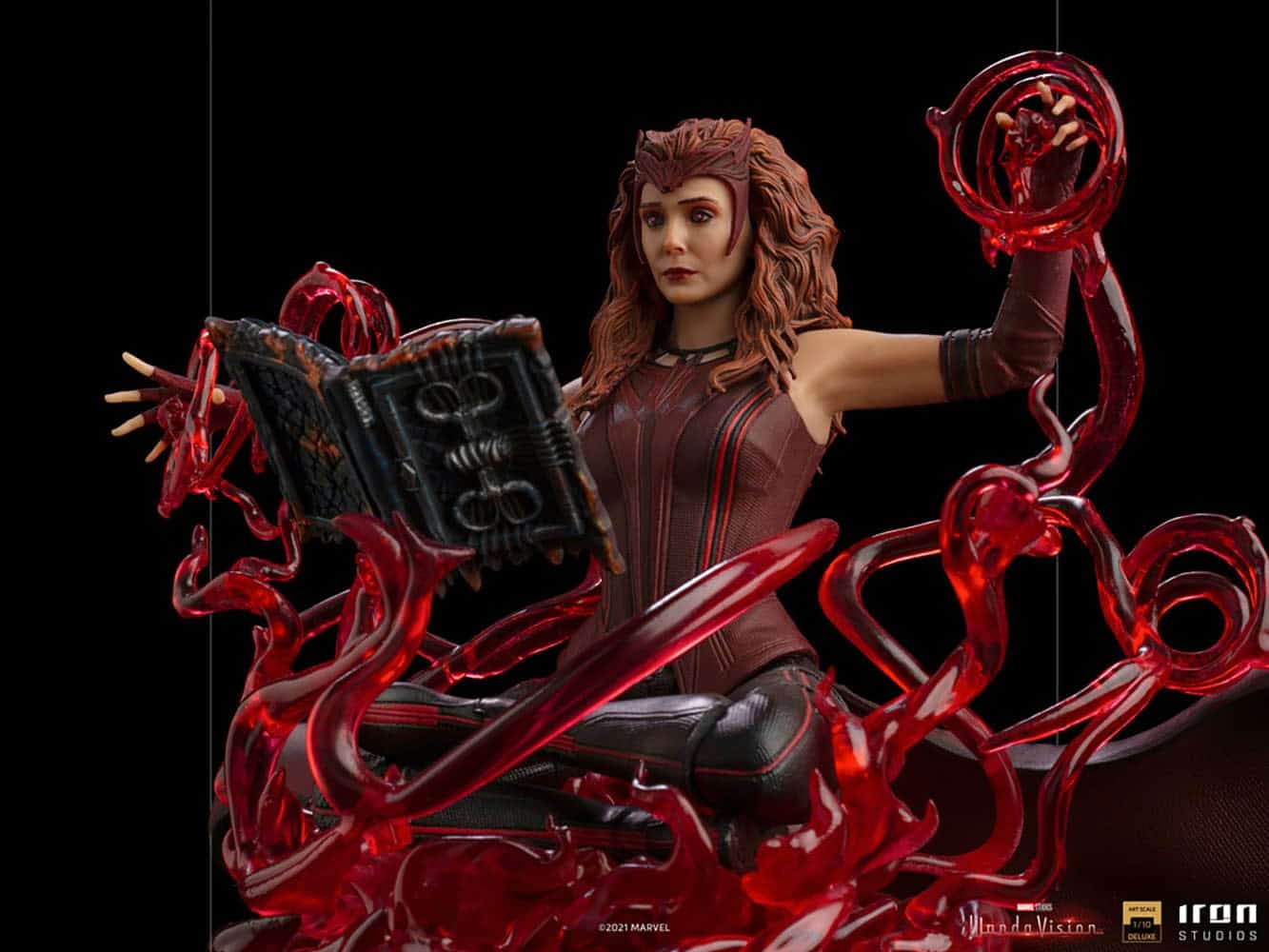