Absolute Carnage #1: Blood of the King 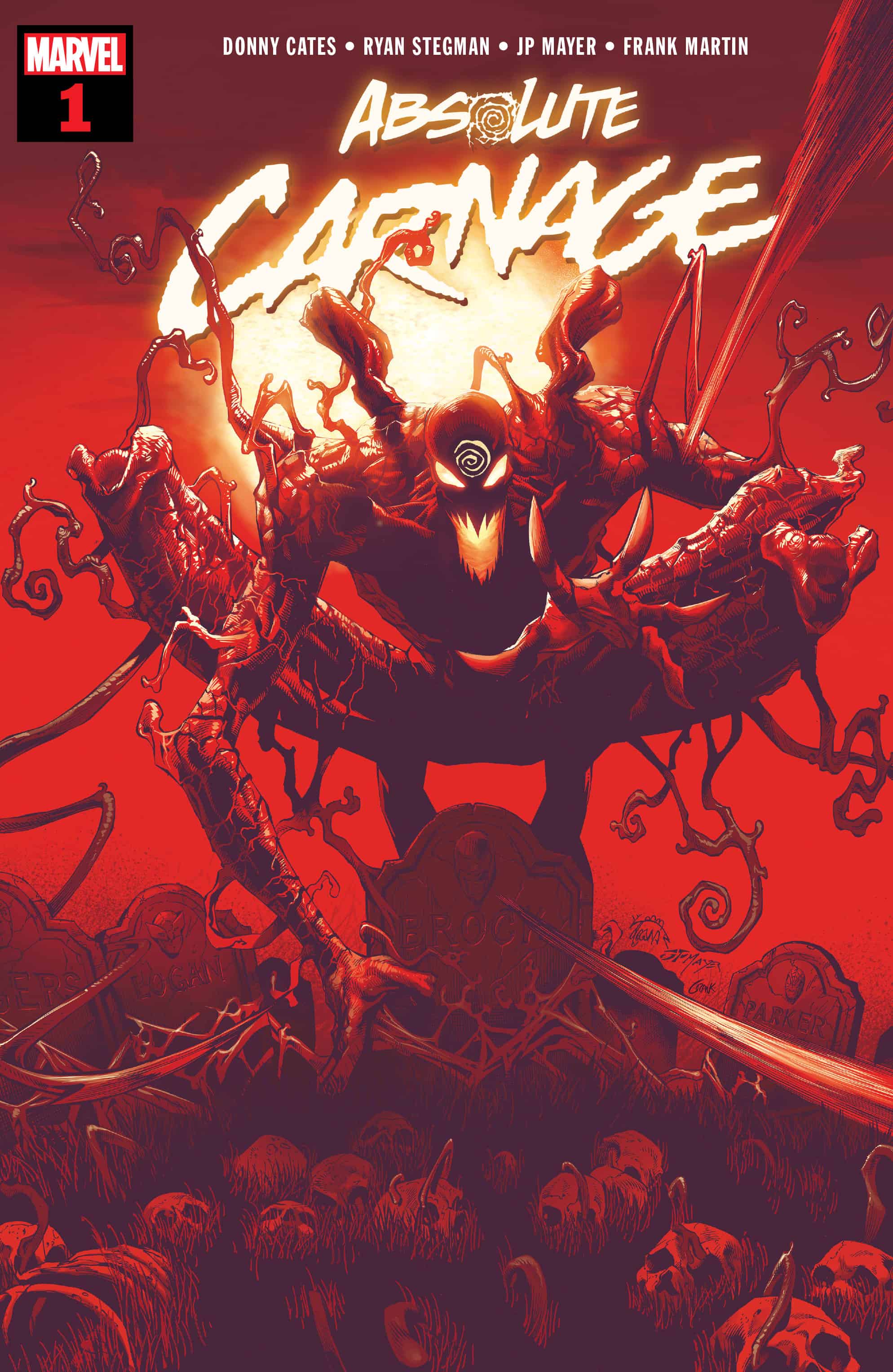 The Symbiote spectacular of the summer starts in stupendous slaughter of symbiote users and the subsequent stealing of their spines! That's right Absolute Carnage is here and everyone is a target! 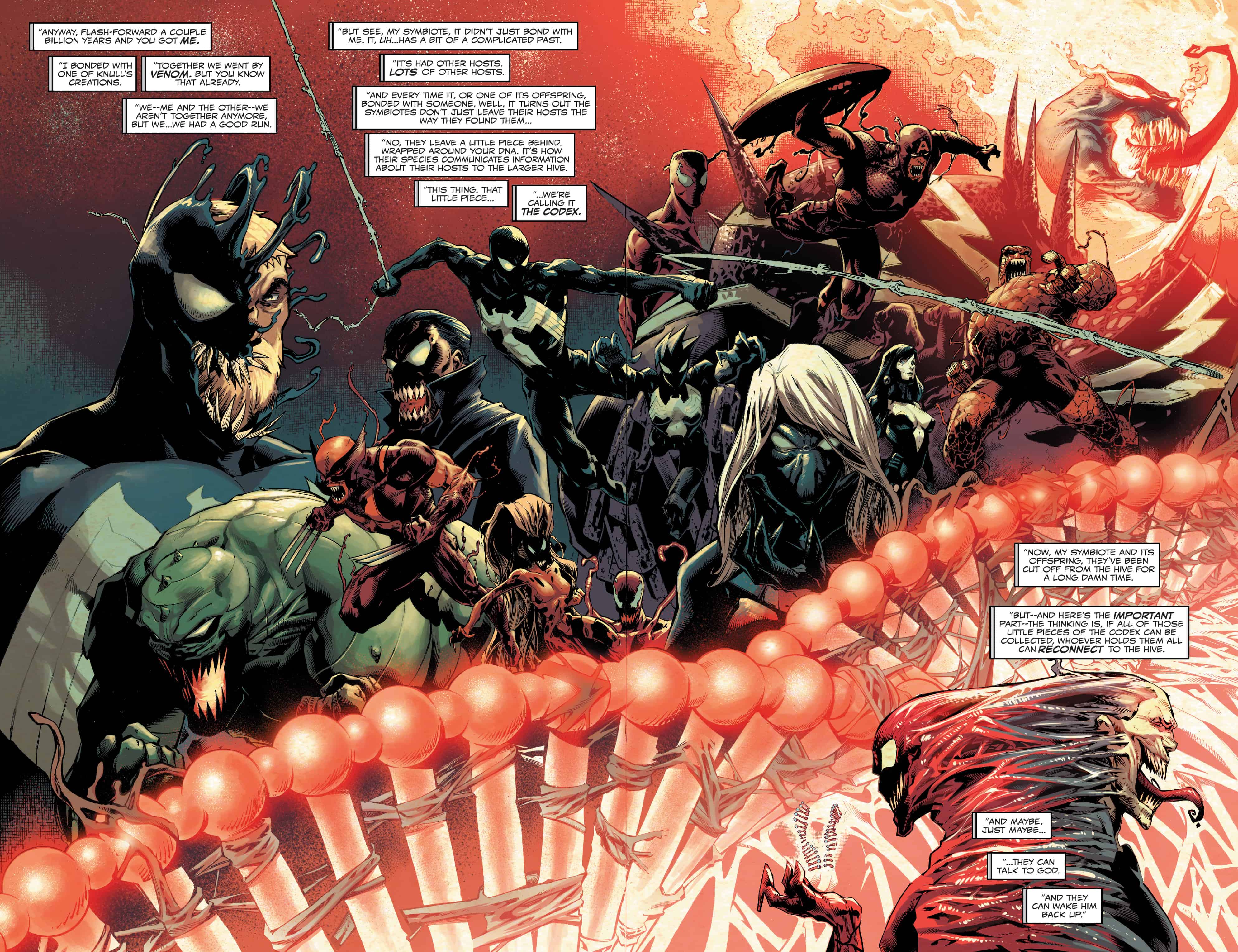 Man, I enjoyed this issue even more than I expected and shockingly, even people I fully expect to hate it seem to be liking it. From the stunning opening homage to Venom pushing Peter off a subway platform in his first appearance to the resurgence of Norman Osborn (not seen since ASM 700), even the downtime in this book is entertaining. A scene between Spidey and Eddie (odd that no one comments on Spider-man sitting in a diner, also they don’t buy anything) drops one liner after one liner to great effect. This book is FUN! 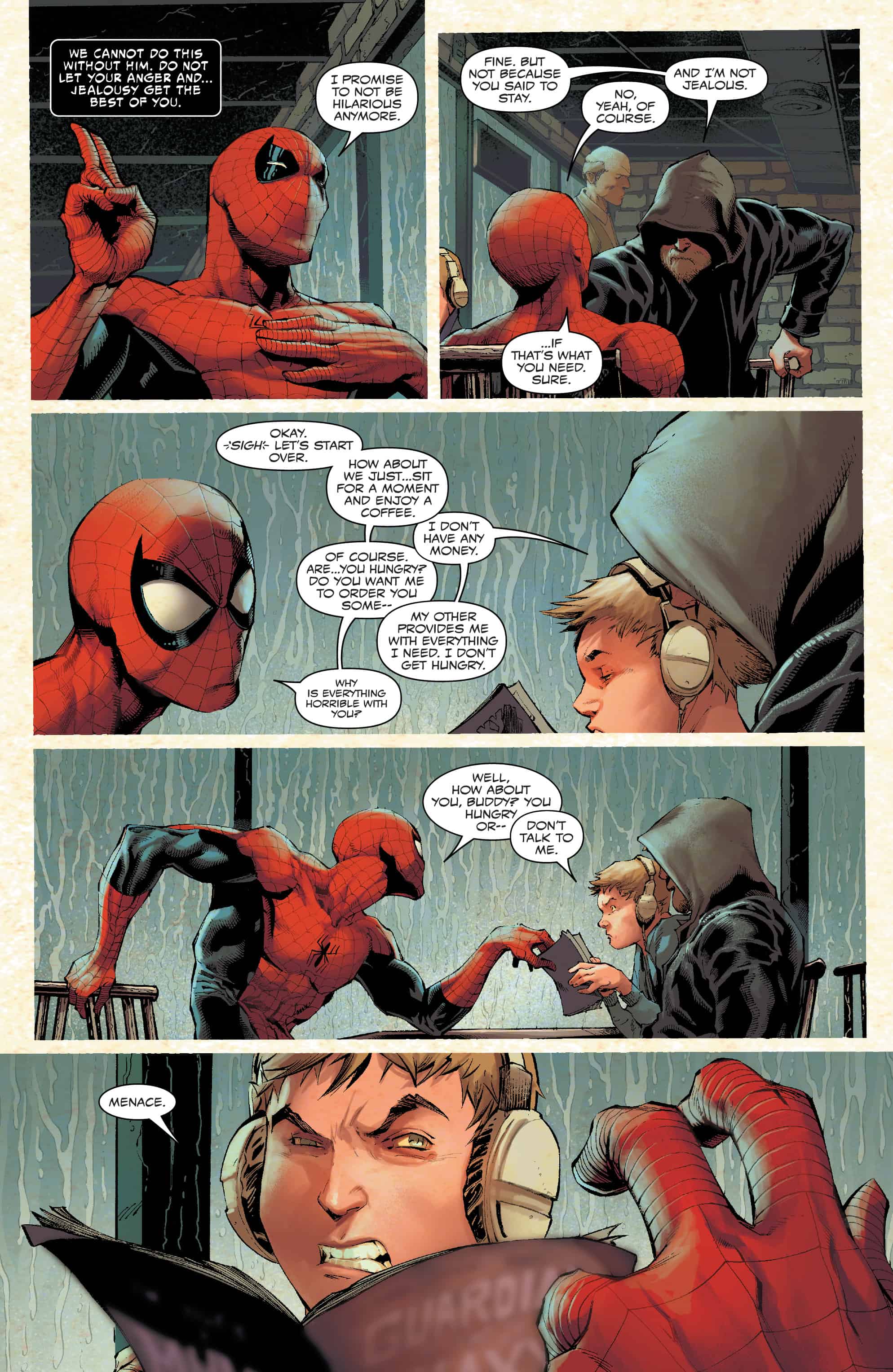 I feel like Donny Cates generally did enough legwork to get someone jumping in caught up (although feel free to ask me any questions, I’ve reviewed every Venom issue and one shot for almost two years running) and enough new information to reward someone following along diligently. The inclusion of multiple elements from Cates’ critically acclaimed (I’m a critic and I acclaim it!) Venom run both interest and delight me and the inclusion of the Maker as a less moral alternative to Reed Richards (although seriously why the heck does HE want Knull?!) makes such sense in the worst kind of way. 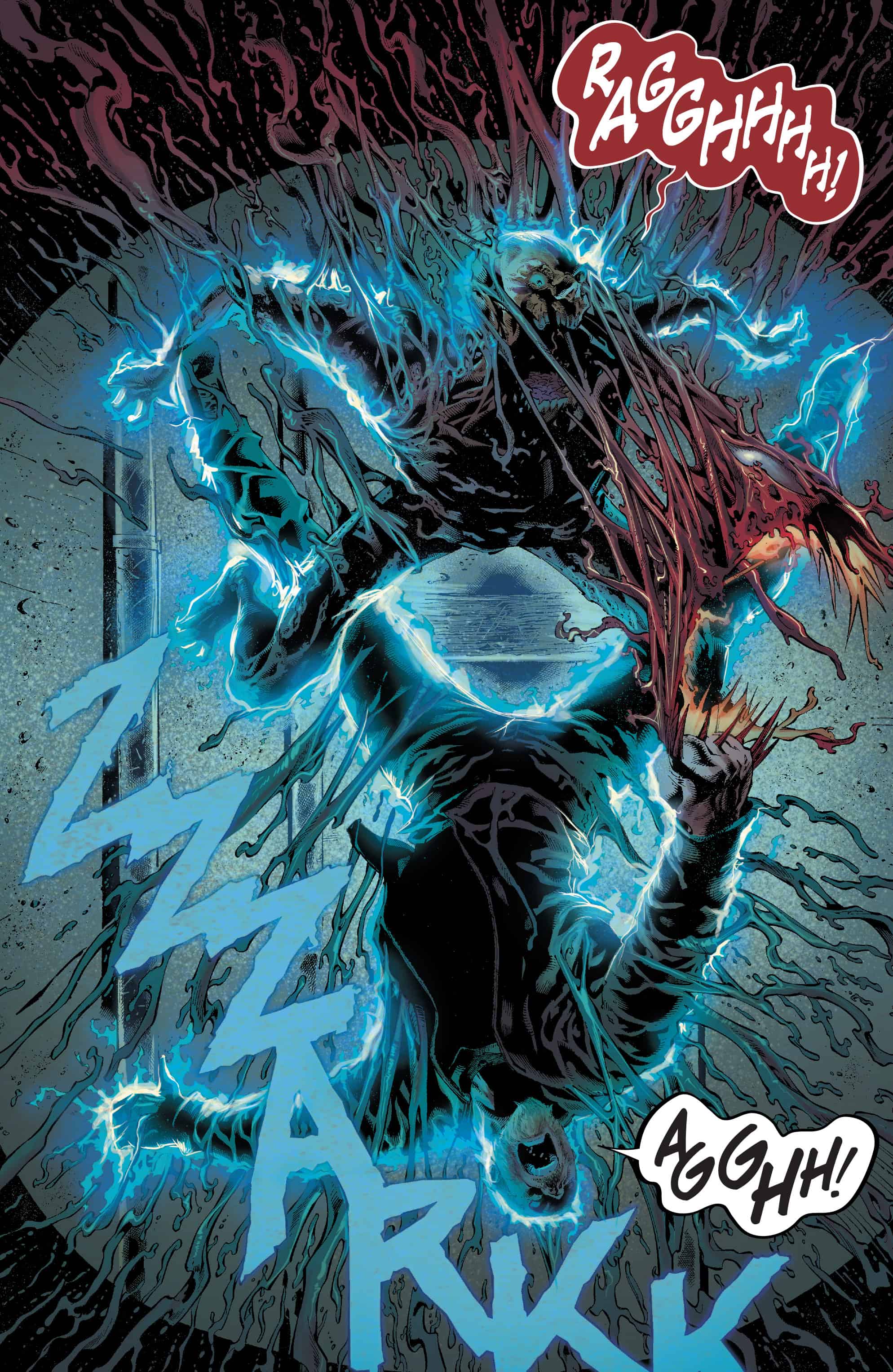 If I have one gripe with this event as it stands right now it’s Carnage recruiting a nameless faceless army to do his bidding it just adds a level of convenience to this story that I don’t like as much it just takes a bit of the stakes away both in the context of less named bad guys involved and the context of random unnamed henchmen rarely manage to kill the heroes they’re after and it’ll likely end up being an army ant situation where the drones just bring X hero back to Carnage and he’ll gather a bunch for some sadistic reason allowing them all to escape. 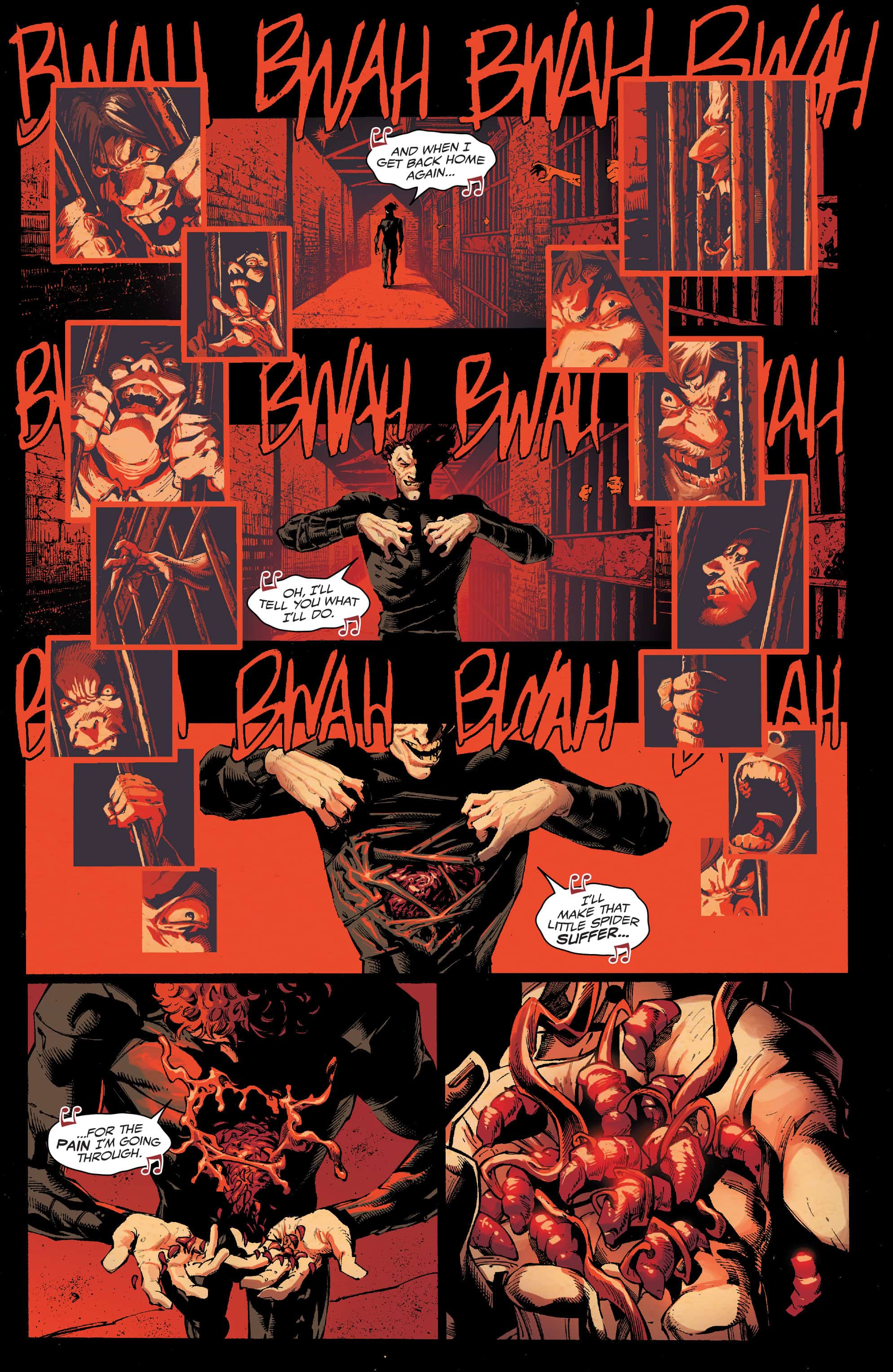 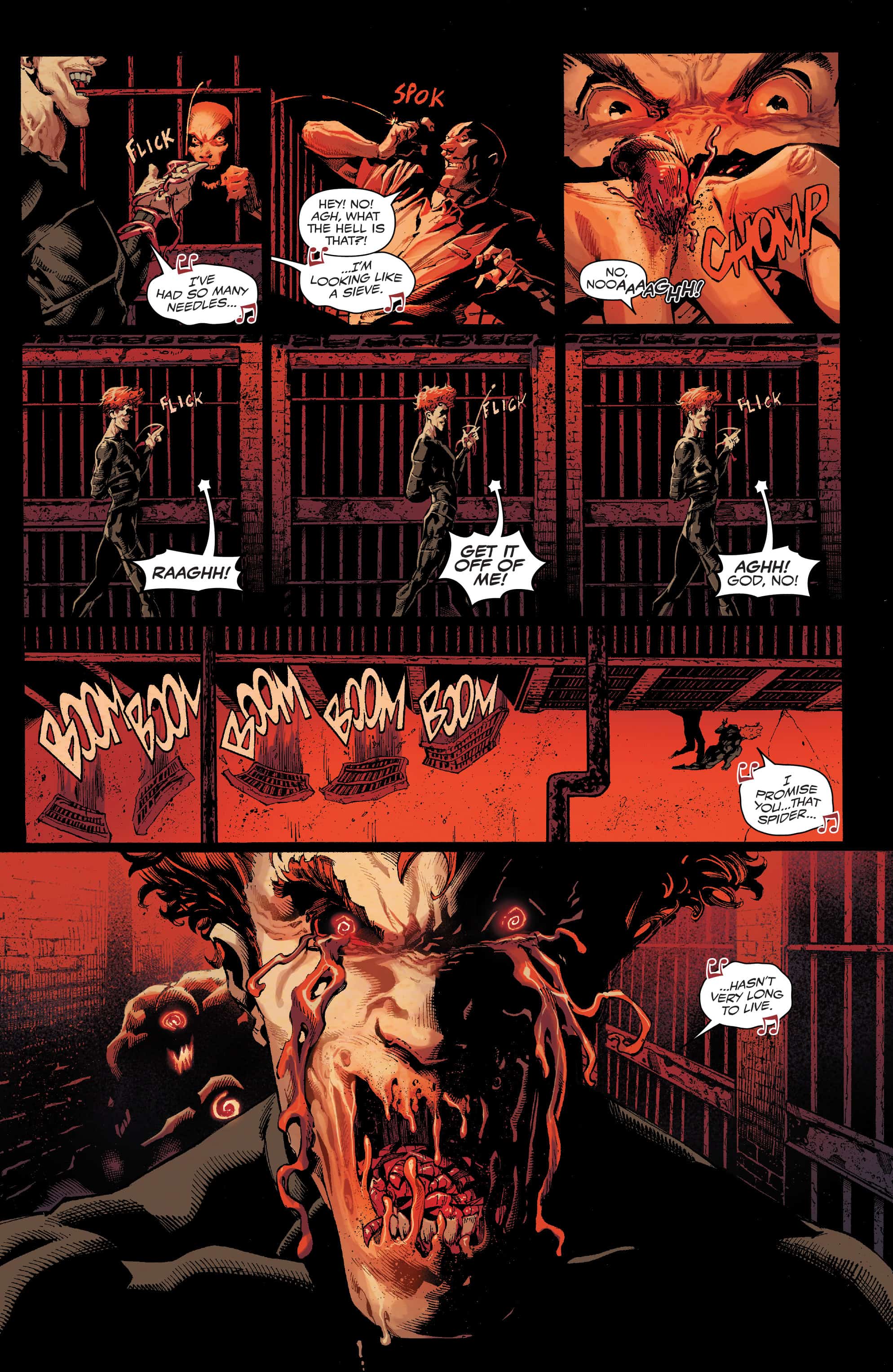 One of the greatest panel progressions in recent memory

The art by Ryan Stegman (whom I’ve missed since he left to work on this in Venom 12 or so) Jp Mayer and Frank Martin is GREAT. It’s dark and scratchy and evil but so dang cool, the character design for Carnage is great and the action is awesome but the art shines equally in interactions like the diner, emotion is conveyed amazingly for a character with no visible facial features and Spidey just looks so dang good! 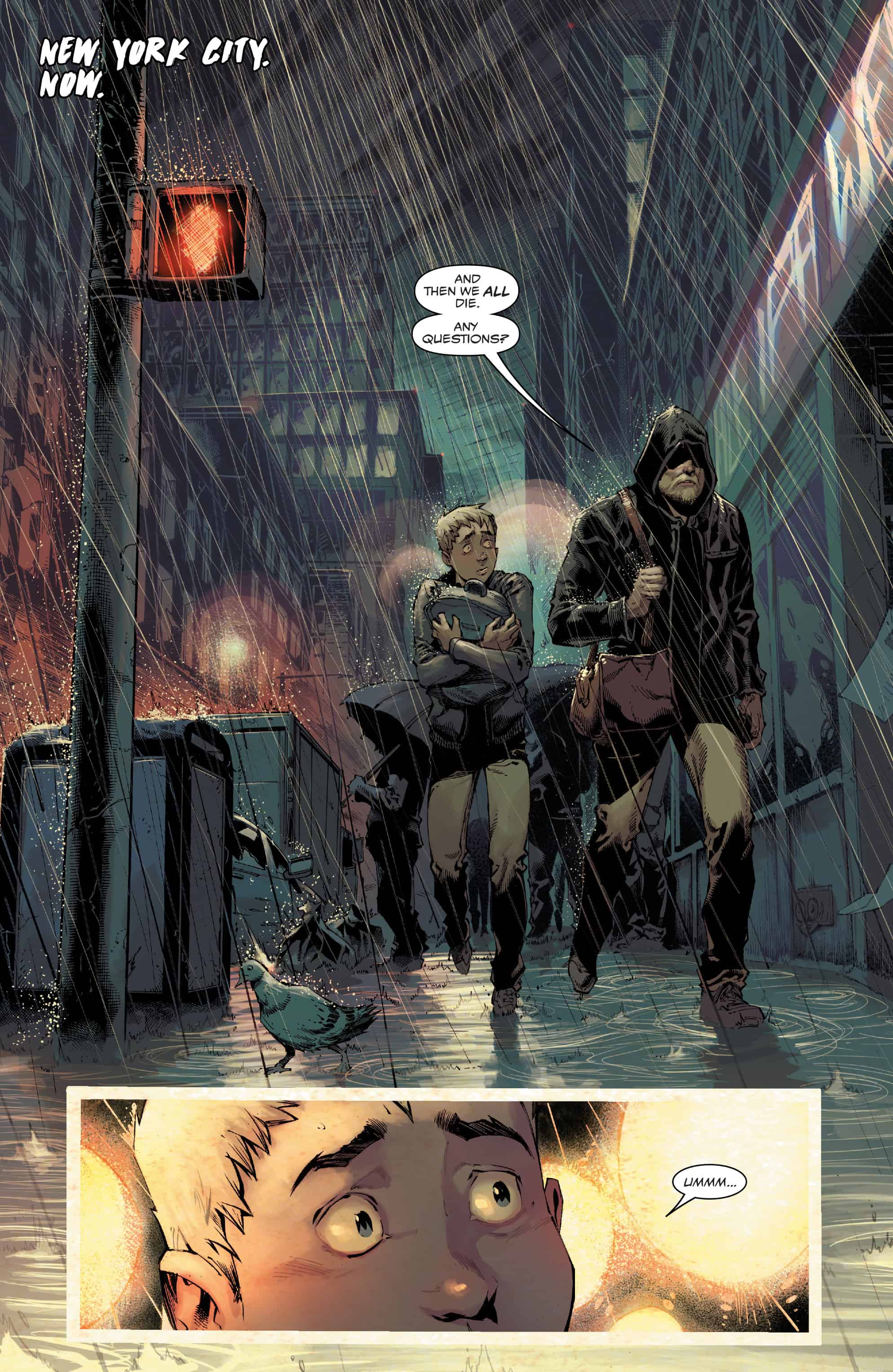 I was feeling a bit of ye old event fatigue following War of the Realms but this issue… to poorly quote Pacino; as soon as I get out they pull me back in! Which is to say I can’t afford another all in event, but this one is exceptionally tempting and looks to be off to a great start.

Honestly if you're iffy on this event for whatever reason I would recommend this issue as a trial I know 8 bucks is a bit steep but it's a nice long issue i think i got my moneys worth.

Absolute Carnage #1: Blood of the King