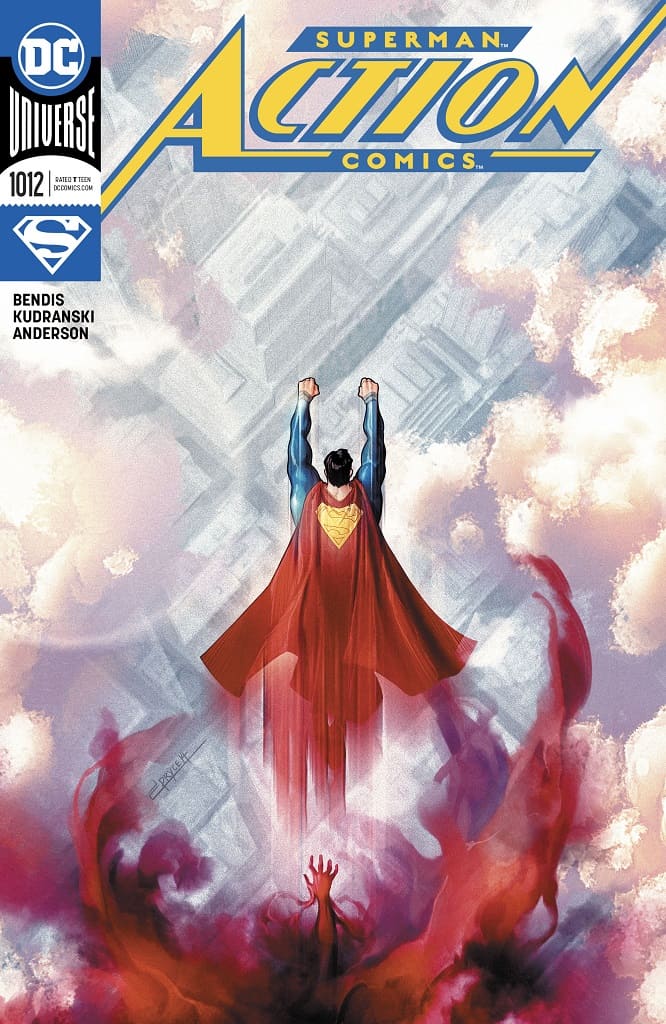 Superman globe trots investigating Leviathan while the Invisible Mafia keep track of him and plot something big. Robinson Goode begins to unveil a major conspiracy with the help of Rose and Thorn. 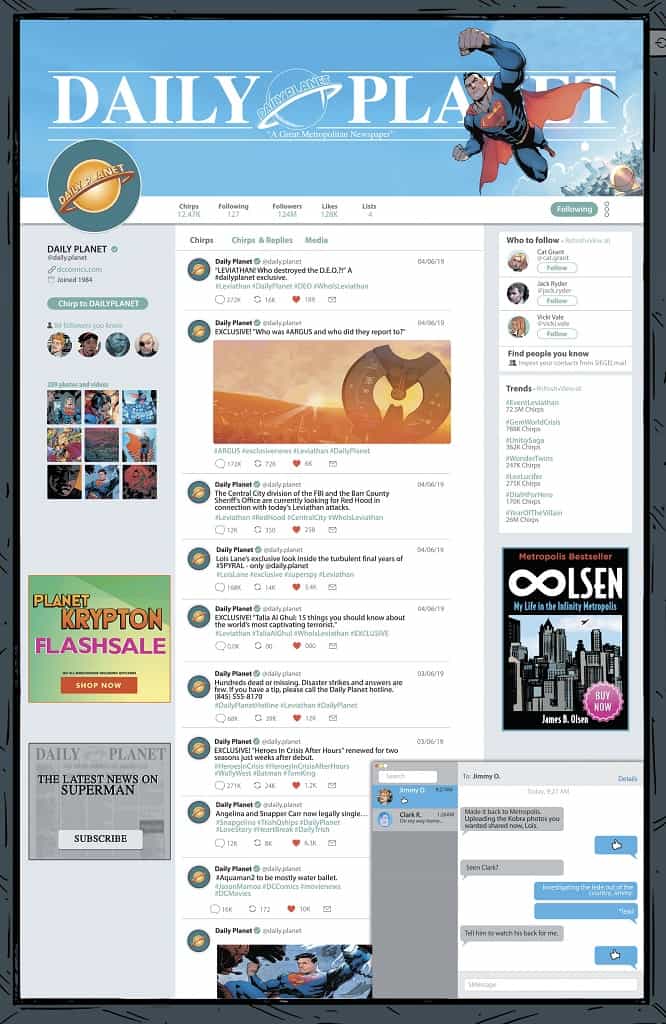 I am having a blast reading Bendis’ run on Action Comics. It takes a talented writer to maintain my complete attention on a Superman book that doesn’t feature a lot of Superman. Robinson Goode is a fascinating character. Clark Kent and Lois Lane aren’t the only reporters working on big stories. 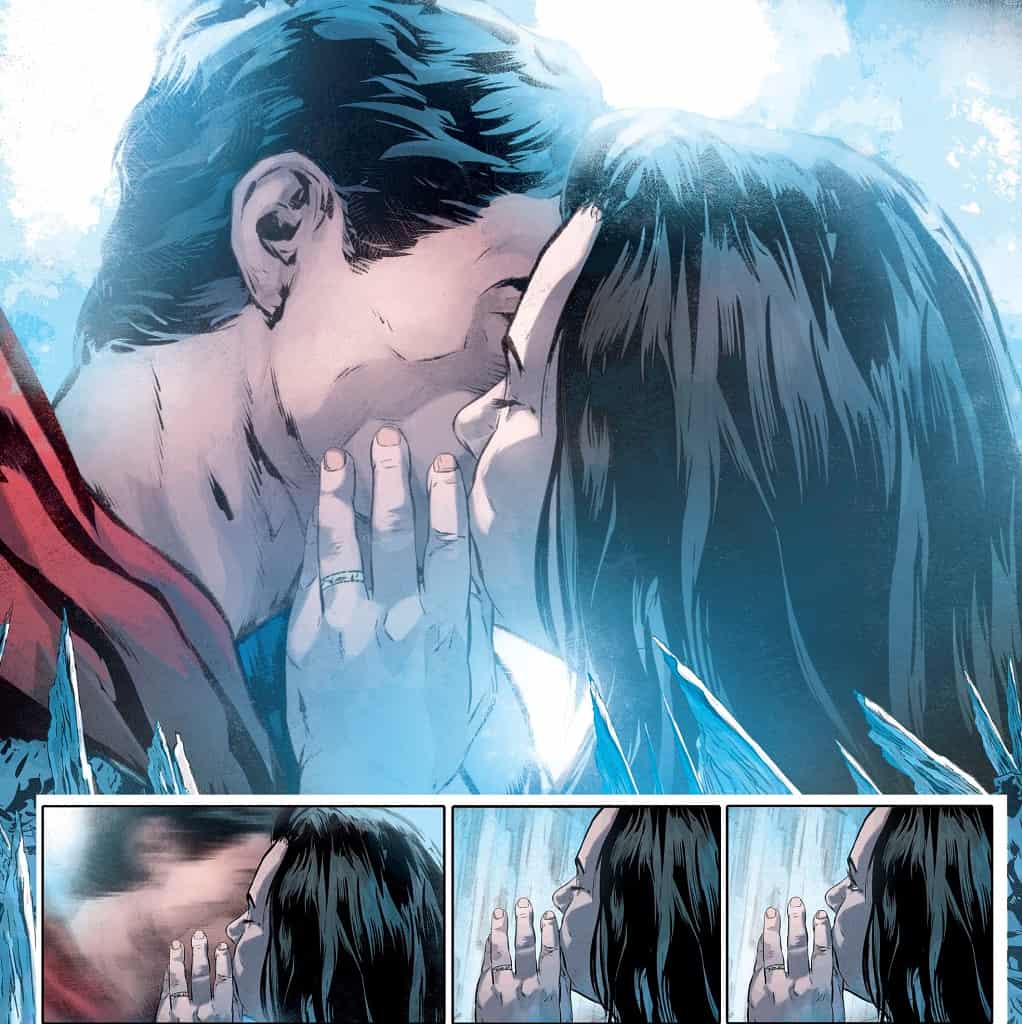 There is so much going on with Goode that I love. Is she part of the Invisible Mafia or just being used by them? Is she investigating the corruption of Metropolis because she is an investigative reporter like her colleagues, or is she doing it to protect the Invisible Mafia? Does she have control over the red mist? Does she really feel bad for “Poor Clark” after a photo is taken of Lane kissing Superman? 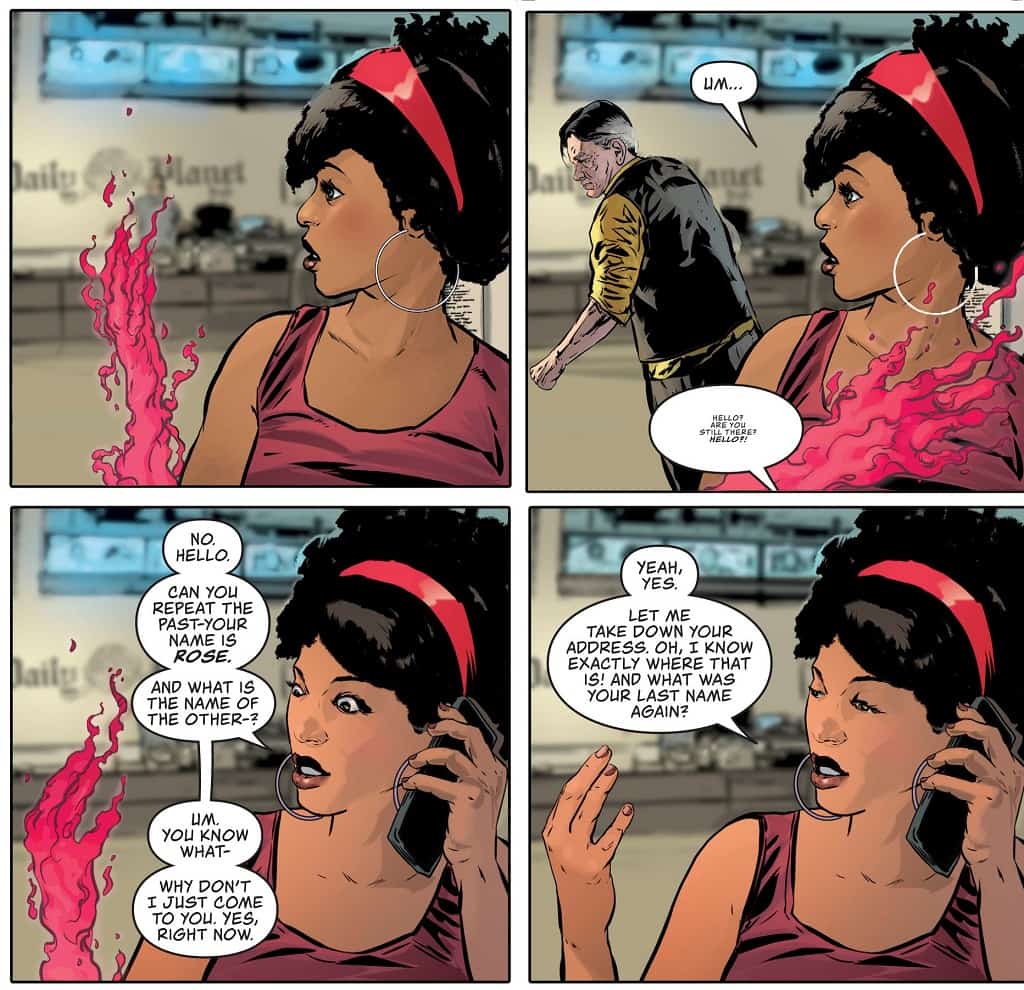 The art is stellar in this issue. I’ve really been enjoying the variety of artists on Bendis’ run on Action Comics and the current Event Leviathan. Action Comics #1012 deals heavily with the underbelly of Metropolis and Szymon Kudranski’s art perfectly compliments that. It is gritty, dark, and crisp and light when appropriate. The Superman and Daily Planet panels versus the Invisible Mafia and Rose and Thorn panels are an amazing contrast and made me double check if they were the same artist. This contrast could not be so perfectly executed without Brad Anderson’s colors. The Invisible Mafia panels keep the reader in the shadows while the Rose and Thorn panels throw the reader right into the bloodbath. 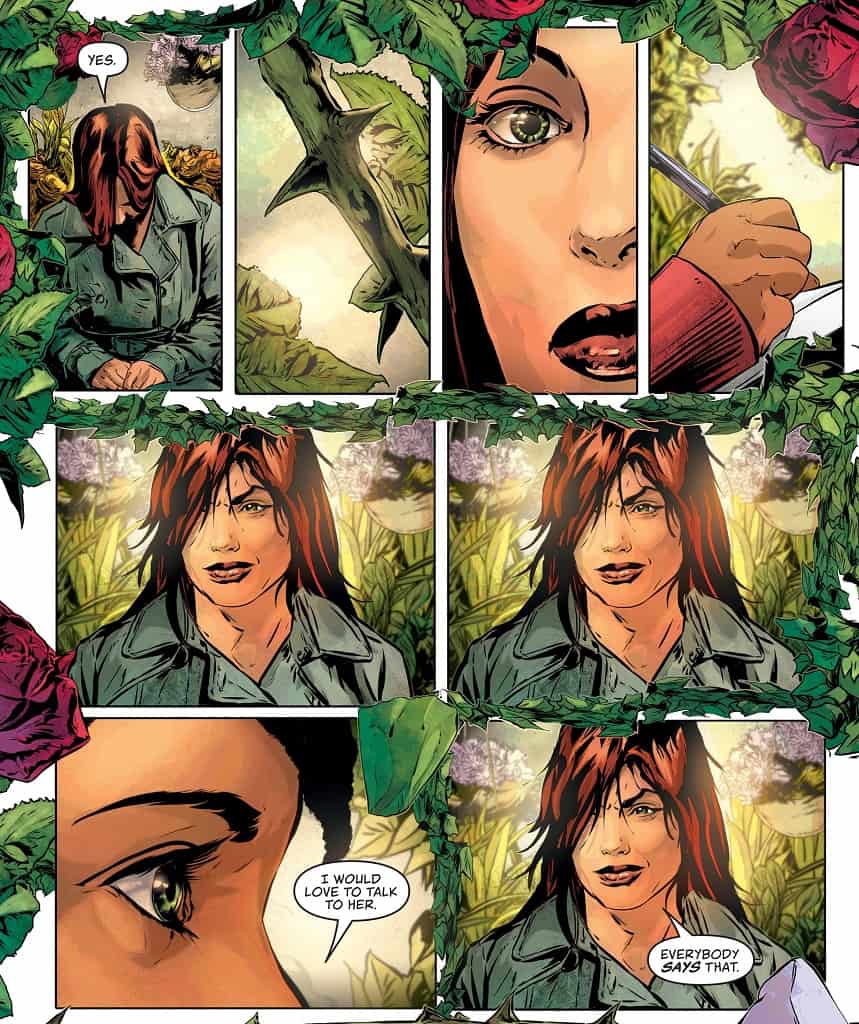 A personal highlight of the issue was Superman telling Lane he had to do something off planet. The panels show a blur of superman and then he’s immediately back saying he is done. As a child, all the kids in the neighborhood would pretend to have super speed while playing. “I’ll run to that tree and back” and then “done” without actually moving. It is these little moments in Action Comics that Bendis is capable of completely drawing me in. 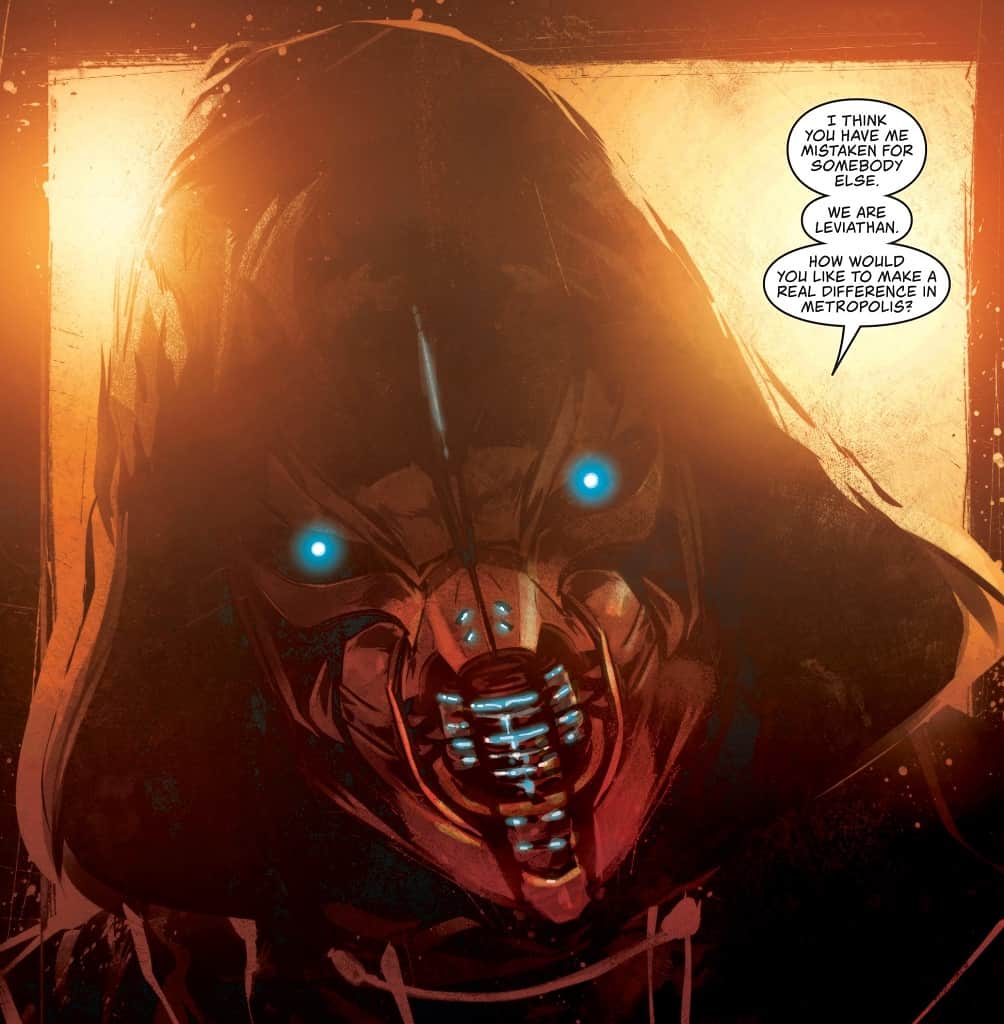