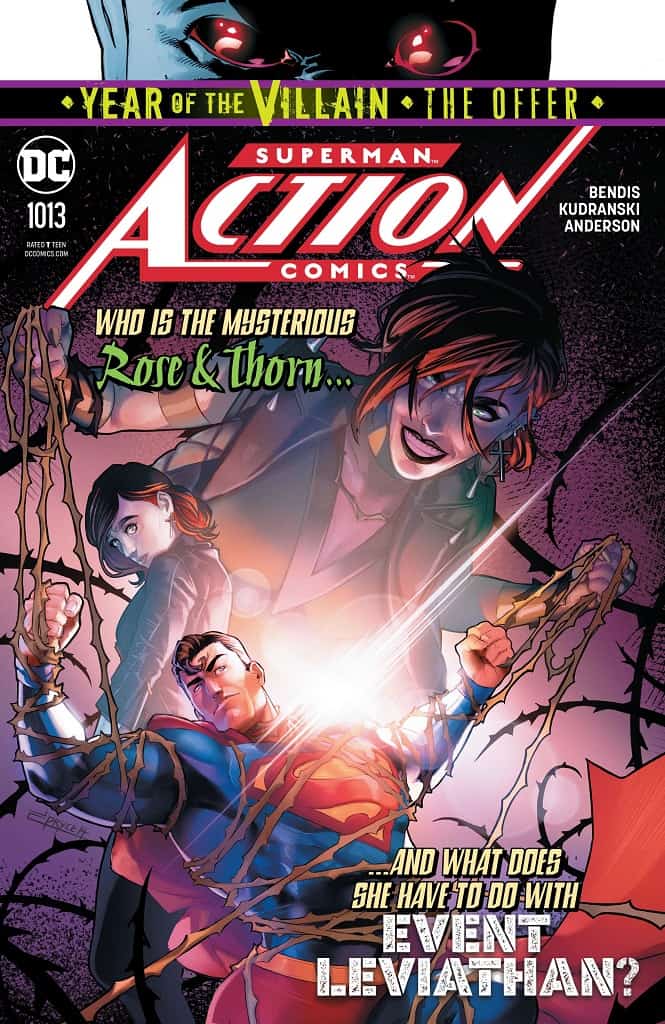 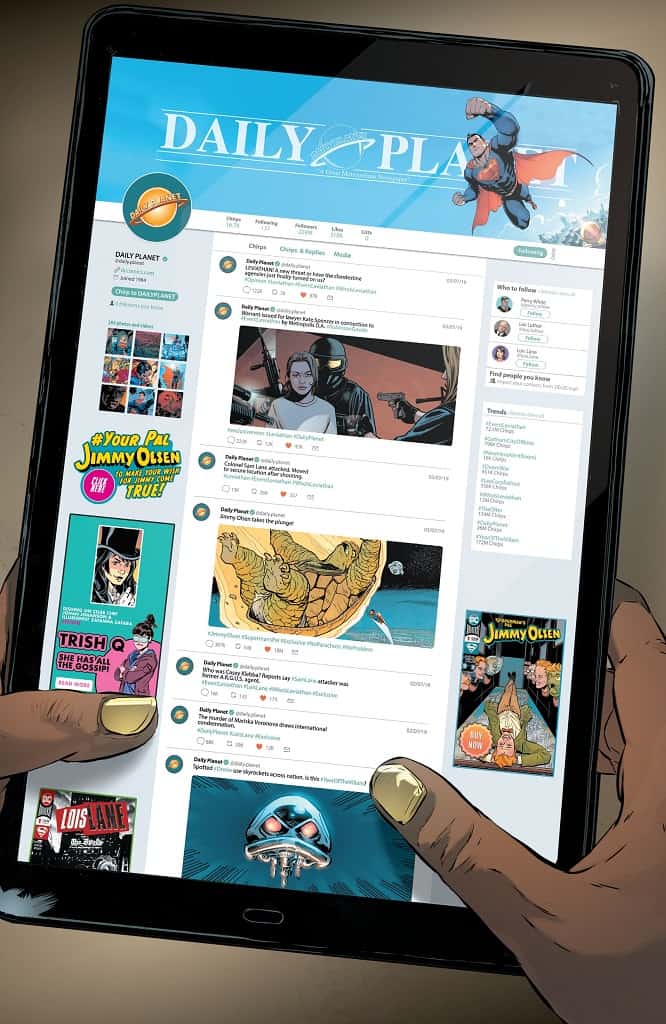 Something I have grown to appreciate more and more with Bendis’ run on Action Comics is the ability to have a Superman book where Superman takes a back seat to the story. I can imagine it being intimidating when writing for Superman, so it is quite a feat to have a story line where I have no idea what is going to happen. Bendis’ writing seems to show that Superman also has no idea. 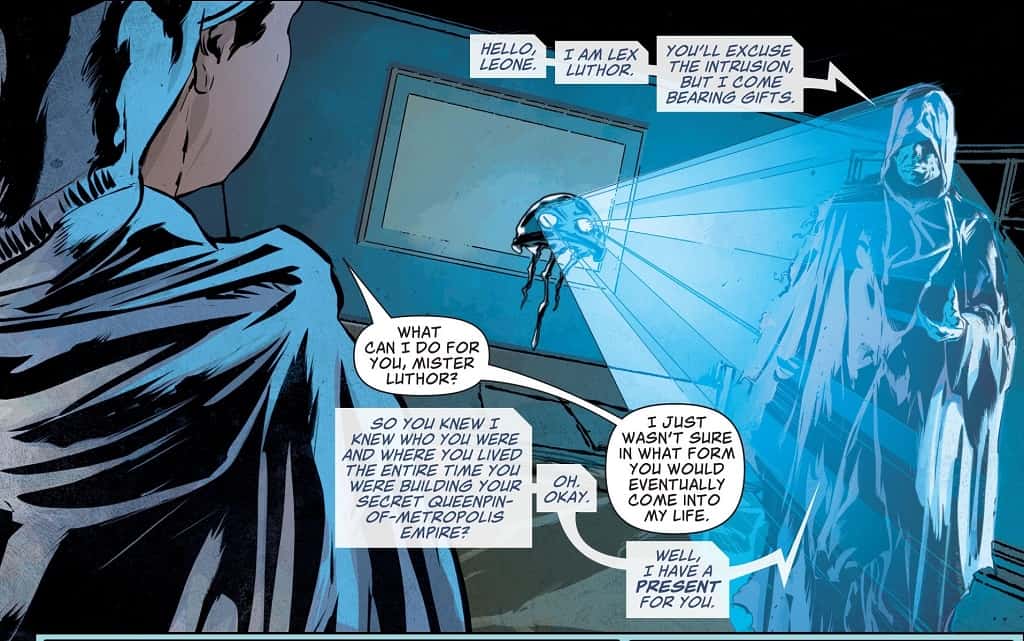 The Invisible Mafia plot line remains interesting but seems to be slowly gearing up to take center stage. Luthor makes a Palpatine-esque appearance and does some damage. Once again I was really digging Rose & Thorn’s action panels; a nice contrast to Superman’s clean action. 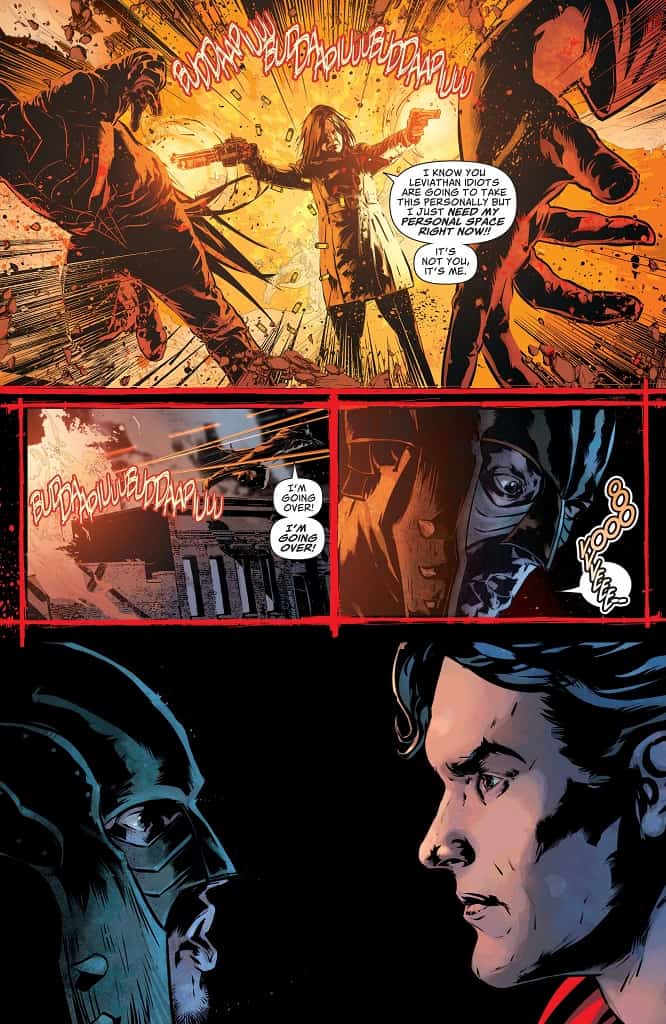 The art and coloring match the intensity almost perfectly, but other than that the body positions and facial expressions often feel overexerted and the coloring tricks me into thinking I’m watching an episode of Archer.

It is always a blast seeing Superman in action. This issue is the first time someone has been face to face with a Leviathan soldier other than The Question in the recent issue of Event Leviathan. The soldier seems terrified and the realization that Leviathan has the ability to transport anyone or thing, including Superman, justifies that terror. Overall, I am completely stoked to see how The Invisible Mafia, Goode, Leviathan, and Superman plot lines all align and clash.

I was worried the Leviathan story line would be stretched too thin across Action Comics and Event Leviathan, but Bendis continues to prove me wrong with each issue. Though, you're not missing much if you skip this issue. A quick summary or review (like this one) can get you up to speed.