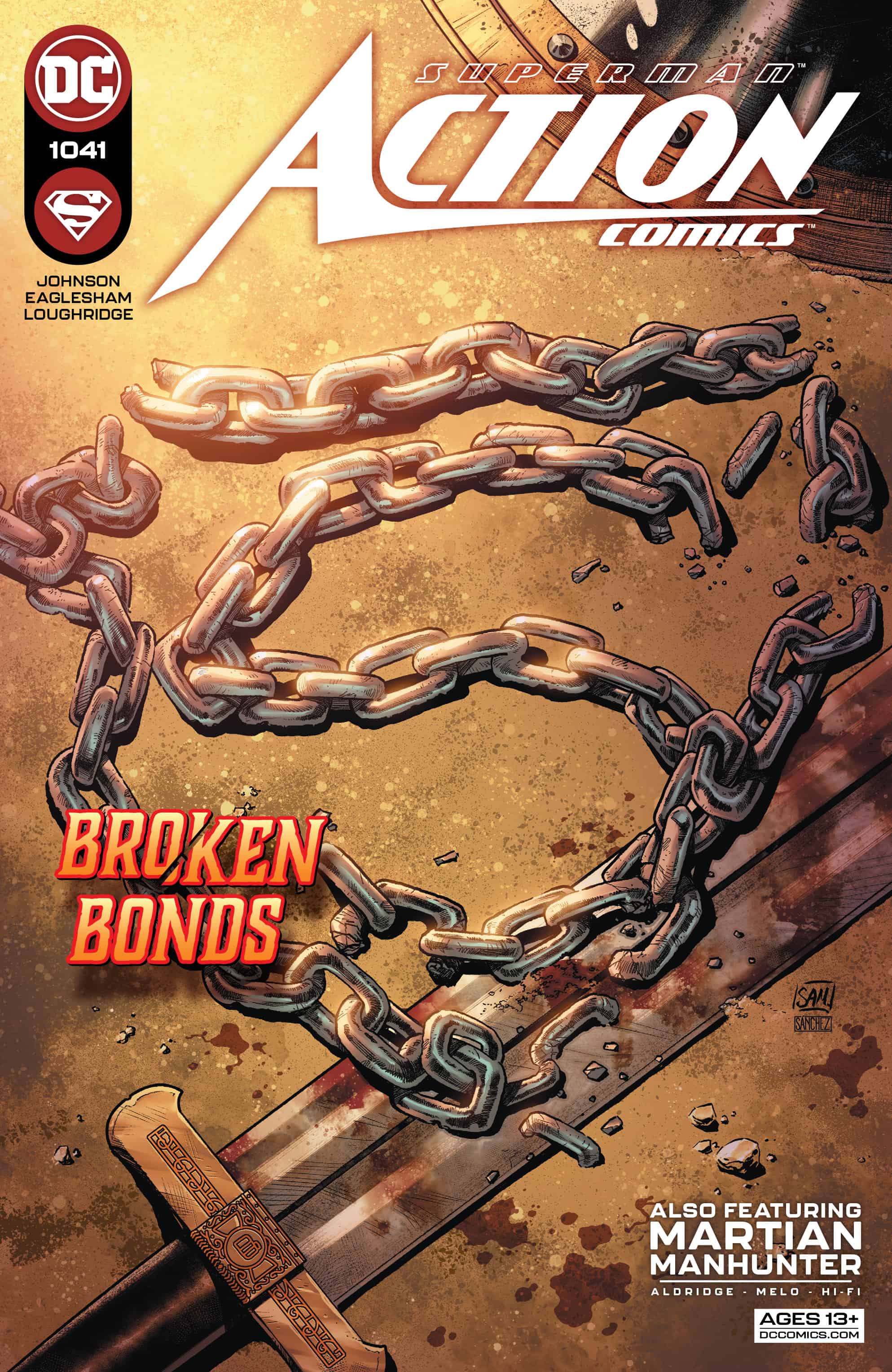 We interrupt your regularly scheduled Superman tale for an interlude starring the people’s greatest – and angriest - hope, Midnighter. Having escaped Warzoon capture during the initial battle with Mongul and his allies, Midnighter has begun gathering support with the intention to free Apollo and get the Authority home... even if it means bringing down all of Warworld to do it.

For the past few months, we have spent time with Superman as he learns to navigate the deceptively complicated social and political situation on Warworld from the depths of the gladiatorial pits. Slowly but surely he has chipped away at the vice grip the Warzoon worldview has held over the hearts and minds of Warworld’s citizenry… but even so, there is only so much one can do from a position with so little leverage. He is making progress, but it is undeniable that he could also use an outside assist. Perhaps someone who is not so confined, or so watched.

Enter Midnighter. During the confrontation at the gates of Warworld, most of the Authority was captured or killed, consigned to the slave pits or worse. Midnighter alone managed to escape, though he was forced to leave his husband behind, Apollo, to do it. Well, “leave” is a harsh world – it’s more that he escaped to plot a rescue, rather than being captured and enslaved himself, which is certainly the more useful choice not to mention what Apollo himself would have wanted.

Unsurprisingly, the answer is “nothing fun, and everything functional.” More specifically, he has gathered information, gathered allies, and cut his way through enemies to arrive at the place where we left off in the previous issue – Midnighter preparing an attack to free Apollo at the cost of much of Warworld.

It is a harrowing story, with Midnighter’s adventures paralleled with and contrasted against the growing mythology of Superman himself as told by the residents.  Their stories provide inspiration, warnings, or both…. a narrative trick that affords us the rare ability to see Superman as he exists outside of his own perspective. Through the eyes of Warworld, he is a larger than life figure, a legend, or even a prophesied savior. More, through contracts and comparisons between that image and the reality of Midnighter – sometimes mistaken for Superman due to his actions in the wake of the Authority’s fall – we are able to see both the heroism and antiheroism alike in Midnighter himself.

Our tale is portrayed with brutal beauty by guest artists Dale Eaglesham and Will Conrad, who never hesitate to portray both Midnighter’s pain and the pain he inflicts on others. Regular series artist Riccardo Federici is a hard act to follow, but this issue’s shifting focus provides the perfect opportunity to do it. Eaglesham’s harder-edged style brings a visceral punch to the story without losing the heroic idealism a Superman story demands… even if Superman isn’t the main act this month.

Overall though, for me, the most interesting part of this issue pertains to the perception of heroism itself – what is it, and what do heroes do? What kinds of people are they It could easily throw people off to see Midnighter dropping on his enemies like a demon from hell, covered in blood and tearing heads off of bodies, and then have everyone around him mistake him for Superman. To us, the readers, this is absurd – Midnighter says it himself that Superman doesn’t go around killing people.

That’s what heroism is to us, but to those on Warworld, a hero is something else – something more akin to the ancient world definition of the term. A hero is powerful and impactful, but not always “nice.” Heroes of ancient mythology were almost never pacifistic, after all, and they were almost always killers. That being the case, is it any wonder that those of Warworld would see Midnighter and mistake him for their legendary savior? It helps that he’s wearing a “cape.”

The Warworld Saga continues to be both thought-provoking and exciting, which is a pretty rare balance to strike. Furthermore, things begin to shift toward the end of the story, setting us up for the next phase, and I can’t wait to see where it goes.

In the backup, we have the best chapter of Shawn Aldridge and Adriana Melo’s Martian Manhunter arc yet.

To recap, of late J’onn has been questioning his place in the world and his identity, with a thematically appropriate lineup of villains that represent and draw on his heroic past – or pasts, really. Making use of his vast and often overlooked history, Aldridge has been busy re-establishing the weight J’onn wields both as a character who debuted almost 70 years ago, and as a person within the DC Universe’s primary Earth.

That weight is considerable.  Here is a character who has lived multiple generations on Earth using many different heroic identities, suffering many losses and accumulating entirely different rogues galleries with each cycle. He arguably has more experience as a superhero than anyone bar Wonder Woman (assuming we’re still saying she came into the world with World War II), but I’d never thought about that until now. t’s fascinating.

In short, this arch has made me better appreciate the character despite my having already been quite fond of him.

That said, there have been some questions raised that I wasn’t certain would get answered, or even addressed – most notably the similarity in design between VULTURE and the Court of Owls over in Batman’s corner of the world. As it turns out my concerns were wholly unnecessary – I’m not certain the question will be answered, but it has been raised and sometimes that’s enough, especially in a story that seems poised to open possibilities for J’onn’s character rather than close them.

Just all over a really solid and enjoyable chapter in the Martian Manhunter saga.

Action Comics never fails to deliver these days, and this is no exception. I love seeing Midnighter’s journey – it helps that I’m a big fan of the character – and there’s a significant plot turn toward the end of the lead story that tells me things are about to get even more interesting. Top to bottom, a fantastic issue.