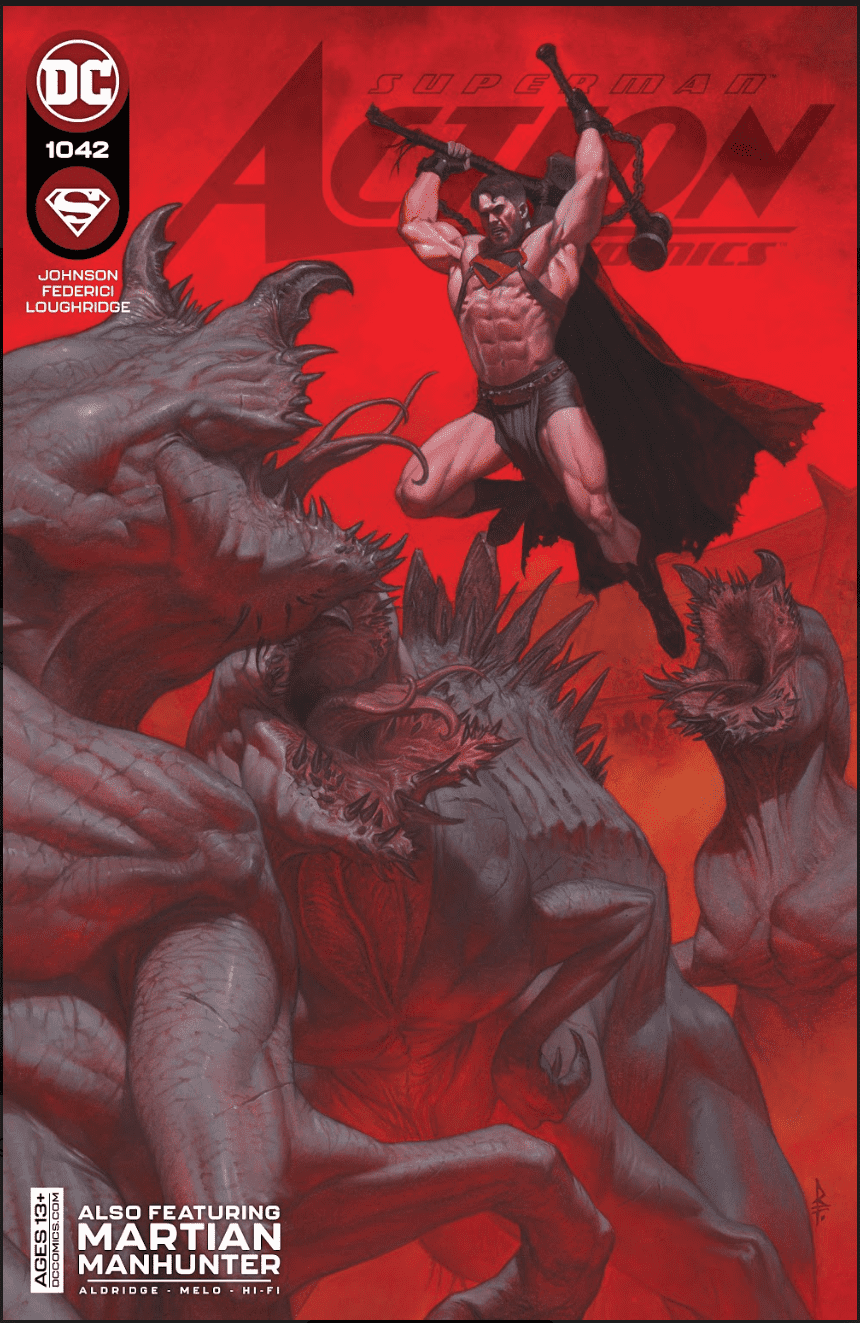 Superman is fighting for the lives of many beings, including his own, on Warworld.

I’ve liked Superman ever since I first saw him on Superfriends, way WAY back in the day. I’ve read so many of his comic adventures, I know I’ve forgotten more than I remember. This issue’s art by Riccardo Federici is some of the most beautiful that I’ve ever seen – on Superman or any comic, period. Both he and color artist Lee Loughridge team up to make a team that’s pretty much unbeatable. The art is best described as lush, and Loughridge uses the color to really separate the alien planet’s atmosphere from that of Earth, and the art really sets this book aside from others just as much as this art sets it aside from a Superman adventure that’s set on Earth and based in Metropolis. The aliens have a realistic design that makes them both threatening and familiar, they don’t appear to be impossible to recognize by being overburdened by details, all the while being detailed enough to be real looking. There are a good deal of double-page spreads this issue, and the book deserves them. This is a big in-scope battle tale, almost akin to “World War Hulk” or some other sci-fi epic. 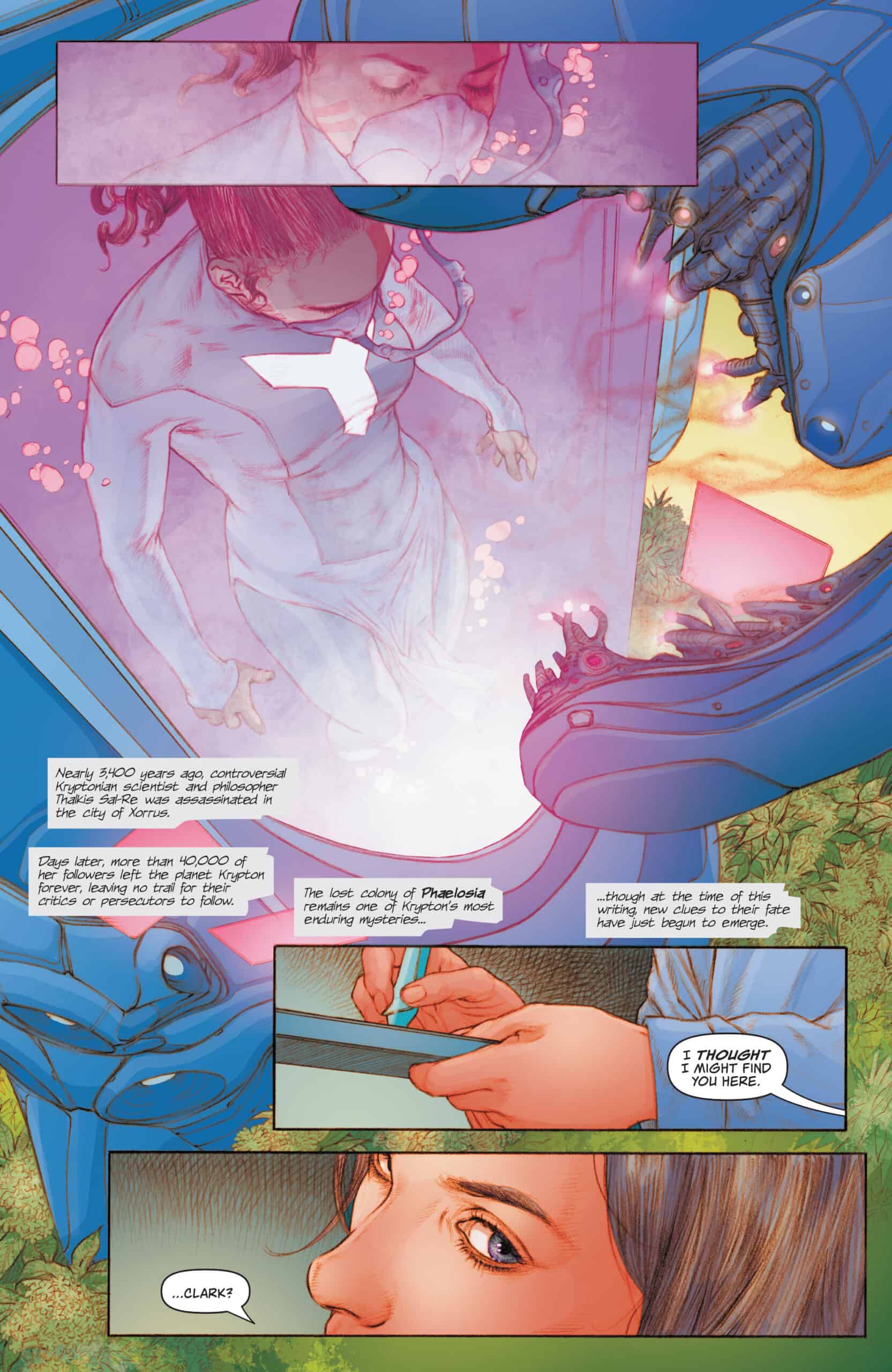 The story, written by Phillip Kennedy Johnson, is a little too involved in my opinion. Even after reading it to completion, I still don’t know who certain characters are. I know I’m coming in in the middle of a long story, but I was hoping there would be a recap page or some dialogue that would bring me up to speed on what was going on, and I got neither. I’ve read plenty of “Superman in space” adventures, and they’re usually pretty entertaining, but I found this issue flat. I didn’t really feel any emotion at all while reading this book, and that’s too bad because I really wanted to enjoy it and I was looking forward to reading it. I really hope Superman can get back to Earth soon because this adventure doesn’t seem that entertaining.

A bit of a mixed bag. Brilliant art, but the story is heavy and a bit perplexing and left me wanting a better narrative.