Superman and Booster Gold travelled to the past to see the destruction of Krypton only to find it thriving, as they fled the Kryptonian military they overshot by a few hundred years and ended up in the 25th century, bringing an Eradicator with them! It’s time for a BOOSTER SHOT! 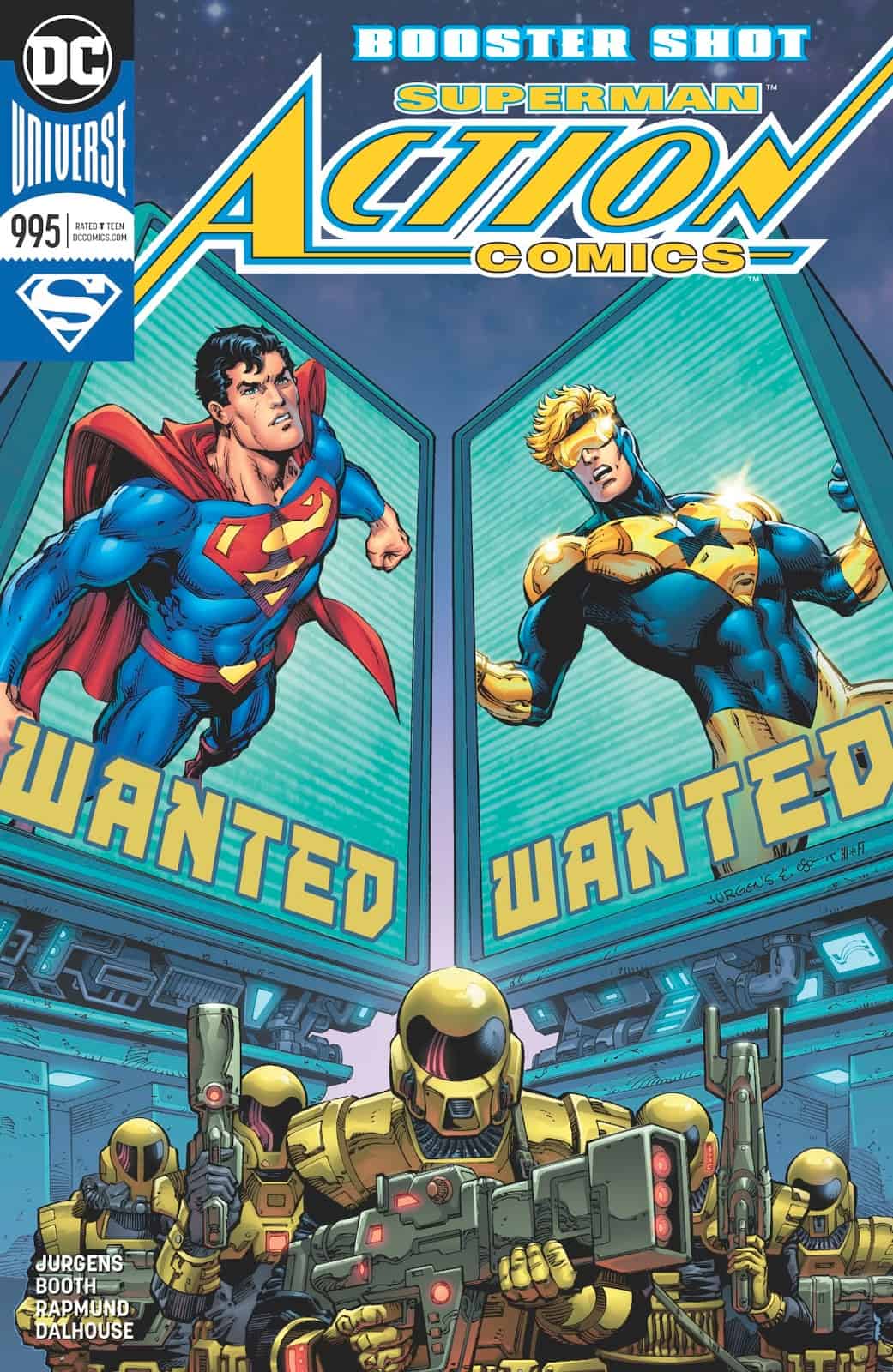 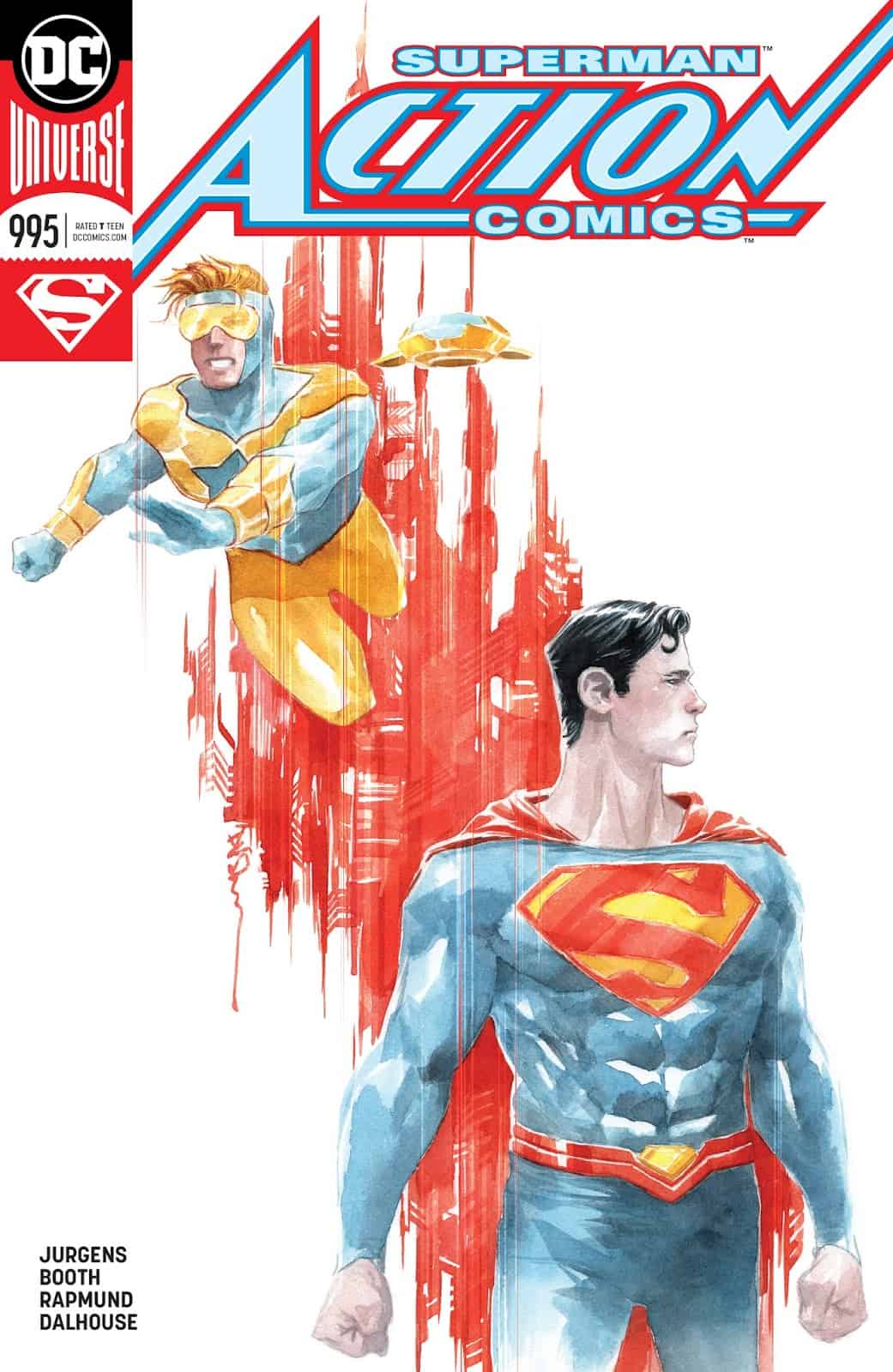 Someone has been messing with time, from the “death” of Tim Drake to the resurrection of Jor-el, someone has clearly been messing around in the DC timestream. Who could it be? (I’m kidding, it’s clearly bat-mite, according to the LCS man) As a result of the latter Superman went back in time to the moments before the destruction of Krypton, only to find it thriving and embracing space travel. (previously forbidden, literally the entire reason so few Kryptonians survived) Even more ridiculously he has found hated rivals Jor-el and Zod not only not trying to kill each other, but working together!

Booster Gold, timecop (not the Van Damme version, unfortunately, for him) followed Superman with his trusty robot companion Skeets to make sure the novice time traveling Last Son of a Dying World didn’t do anything rash, unfortunately, someone has already messed around all over the timestream.

The pair found themselves at odds with Zod’s authoritarian government, and beset by Eradicators, as they rushed to Booster Gold’s timeship they hit a time storm (a symptom of timestream meddling, notice a theme here?!) and overshot the modern era, ending up in Booster’s time instead, and they’re not alone!

The Eradicator scans Superman, determining he is born of the house of El, and begins to attempt to examine the Kryptonian. Suddenly Superman punches him with a punch that would level a building, garnering surprise from Booster. A further surprise is garnered when Skeets alerts Booster he is in his home era, where he’s a wanted criminal, hours after Booster stole the time ship!

As Superman beats the living crap out of the Eradicator (seriously, how is the current era version not a smoking crater right now?) we cut away to the police of the 25th century, who have picked up the chronal energy and are amassing in force to capture the renegade time traveler.

As the fight begins to build Skeets mentions the time ship has been damaged and needs new power cells, which they will have to steal. Suddenly the three are rocked by a pulse of some kind, destroying Eradicator, weakening Superman and knocking Booster out, Skeets tell Big Blue they need to run, Superman can’t be captured in this era, Booster is from this time, his presence won’t destroy anything probably. As the future police cart Booster away Superman and Skeets sneak off, to plan their next move. 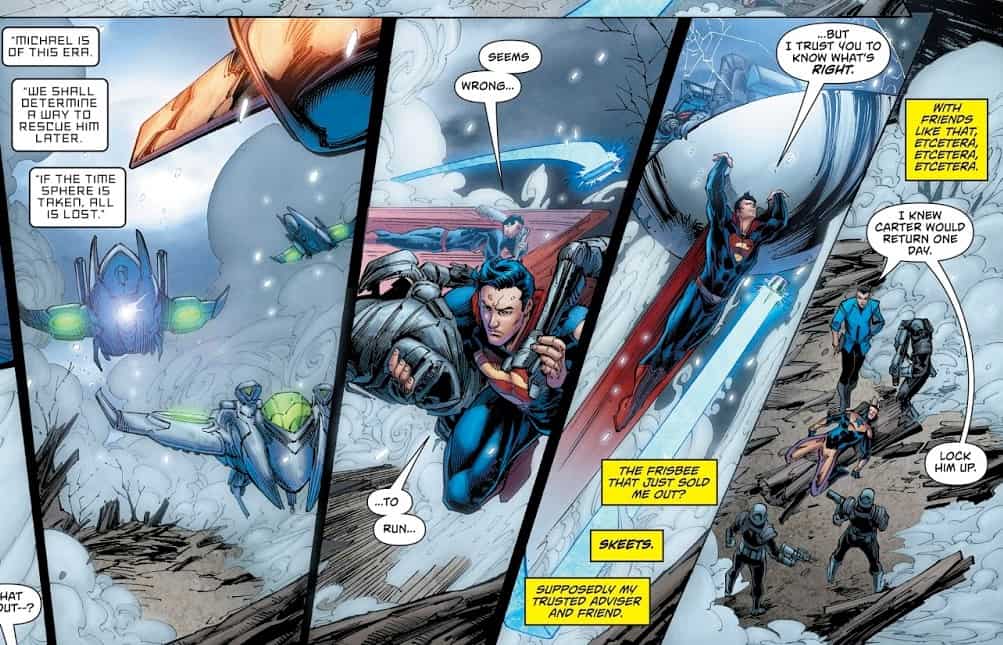 Superman? Stuck in time! Booster Gold? Stuck in Jail! Jurgens? Stuck in AWESOMEVILLE! Pick up a copy of Action 995 today!

I cannot believe how much I’m loving this arc, and this issue was AMAZING! It had everything, action, character building, I like to think Superman walked away respecting Booster a bit more than when he started.

I love the way Eradicator was used as a foil to lead into a Booster story out of freaking nowhere! Admittedly I don’t know a ton about the character, besides his guest appearances in books I’ve read for whatever reason, maybe JLA or something? I’m seriously regretful I can’t tell you the ending, but glad at the same time, it comes out of nowhere and is sweet as can be. Booster’s backstory is friggin touching and I’m legitimately glad I read it.

I’ve loved the various settings we’ve hit in the arc so far, it’s crazy, we’ve hit the watchtower, Krypton and the 25th century in 3 issues, awesome. Also, this issue may have spawned my new favorite editors note of all time.

Art:
Dan Jurgens didn’t do pencils this issue, initially, I was disappointed as I’ve been really enjoying his work on this arc, but man did Brett Booth knock it out of the park! The fights were unbelievable and the future was detailed and interesting, I loved all the little touches in some of the places they go.

Booster, in particular, looked just phenomenal, he’s been the real star of this arc, basically hijacking Action for 3 issues, I am fully on board with that.

This was a great week for books! 2018 is the year of the comic book! I cannot wait for the week after next! Zod is going to be in Action (in the future, or an alternate timeline, not sure) and Hal Jordan and the Green Lantern Corps (which I am also reviewing this week *spoiler* it was amazing!) Seriously this arc might be my favorite since Dan Jurgens’ triumphant return! Also, only 4 more issues until QUADRUPLE DIGITS!!!!!! 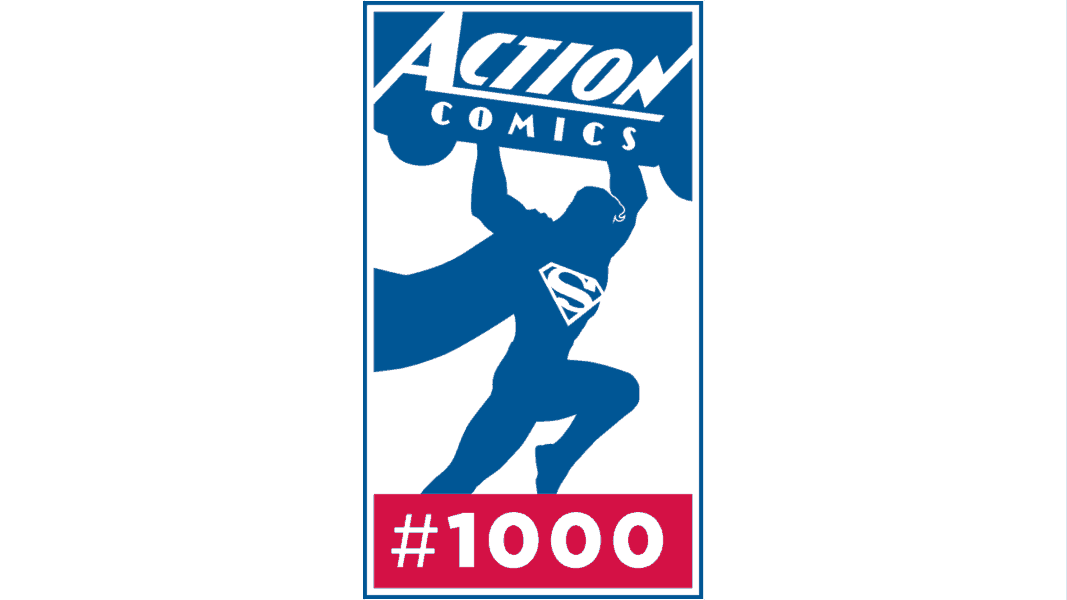