The Man of Steel and Booster Gold are trapped in the timestream, but that’s the least of their worries, now they’re on the world of Zod! But this isn’t the Zod we know! It’s Lor-Zod, the general’s son, and he is tough! 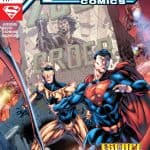 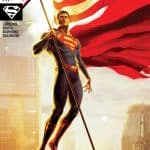 In the wake of someone (or something? Who are we kidding it’s clearly Bat-mite) messing with the time stream and resurrecting Jor-el, Superman (and hanger-on/ greatest superhero ever Booster Gold (and Skeets)) traveled back to… y’know what, the issue had an excellent recap page: 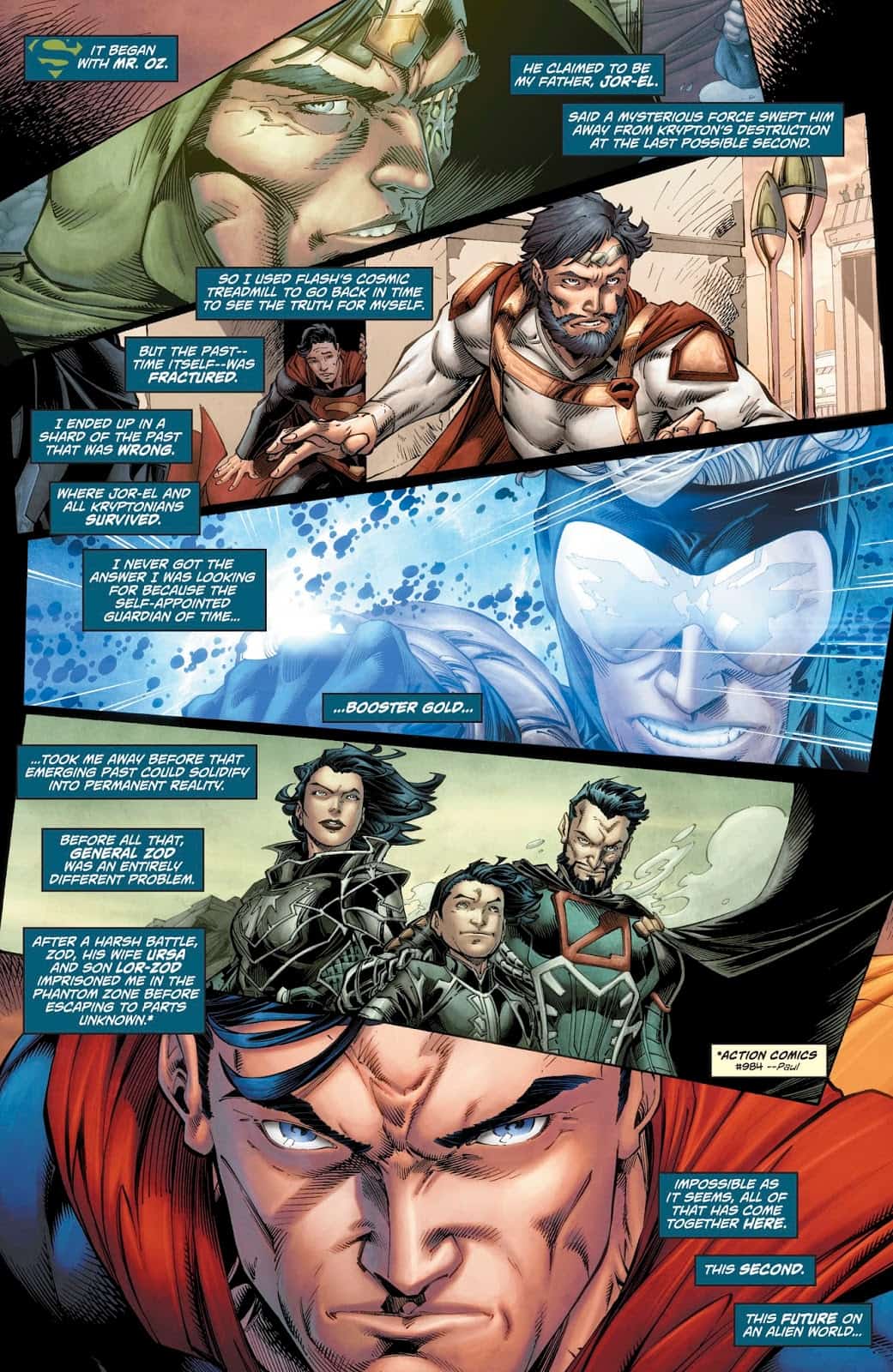 We open right where we left off, in the middle of an insanely well-done fight between Superman and Lor-Zod, as Booster takes on Eradicator. Lor-Zod is approximately as strong as Superman, maybe a little less, but he’s untrained in combat against an equal foe, and quickly begins to falter. Superman has taken on hundreds of enemies that were better than him in one way or another. 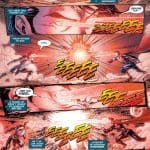 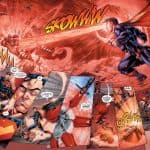 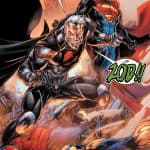 Superman gains the upper hand due to Lor-zod’s inexperience when suddenly he is thrown around by a much more powerful foe. Not enough he has to fight his son, General Zod has joined the fray!

The end of this issue is insanely brutal, see it for yourself, pick up a copy of Action Comics #997 today! Someone DIES!!!

Wow! This issue was killer, the fight was amazing and Brett Booth did incredible work! I loved the way Lor-zod was overpowered due to lack of worthy opponents, although Zod really mopped the floor with Superman.

This issue featured several deaths, I won’t say who, but I do feel like there’s no way it doesn’t get reversed a la Superman flying backward around the Earth. Although it was nonetheless devastating to see.

I am still curious to see if this intersects with Hal Jordan and the Green Lantern Corps (review coming soon) which is strangely featuring the same setting and vilians at a different point in the timeline, making me feel like they have to interconnect in the end maybe?

Seriously loving this arc, so sad Jurgens’ run ends in a couple months, I’m cautiously optimistic about Brian Michael Bendis taking over, hoping he does the Man of Steel right, bet he will.