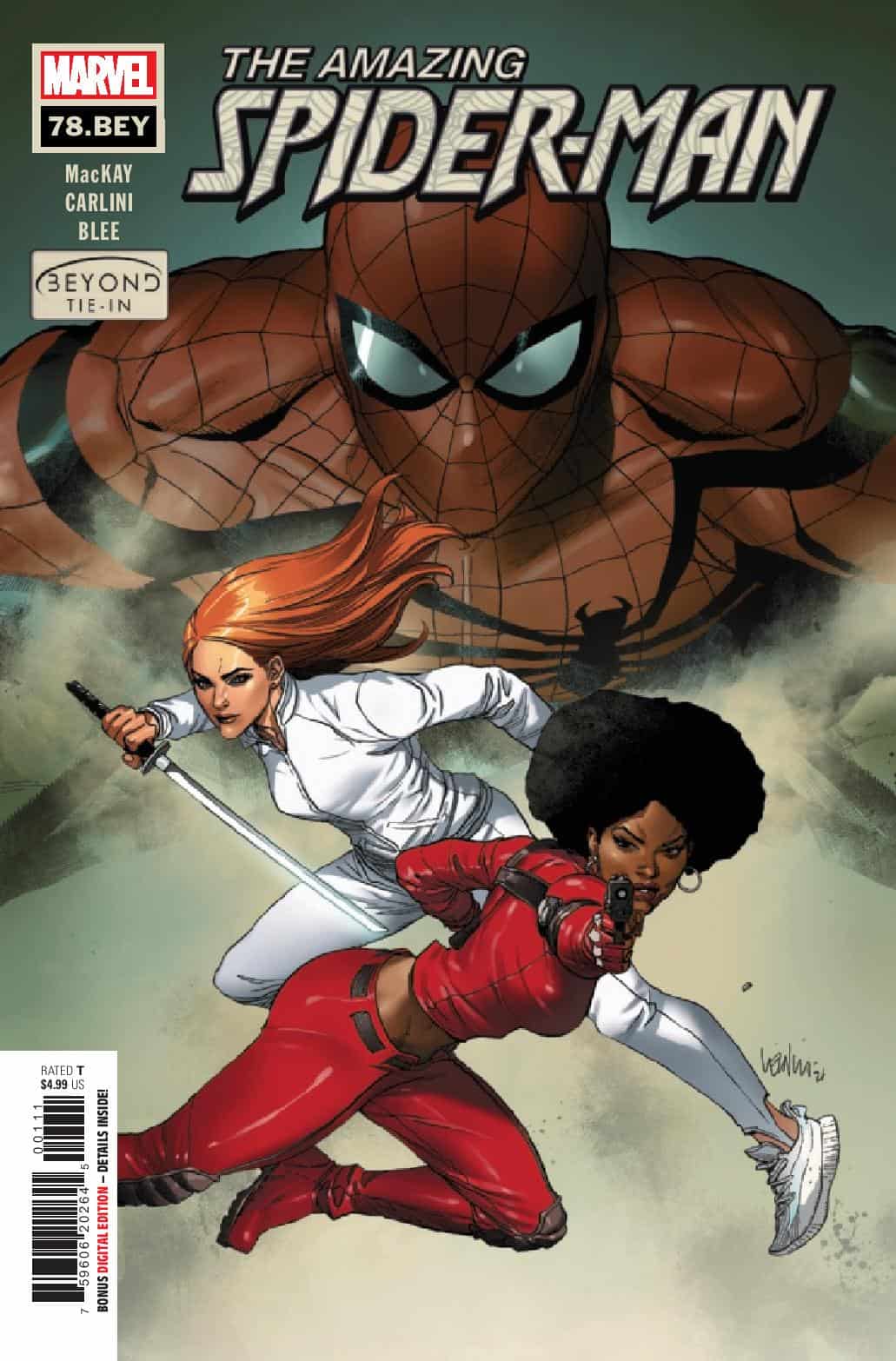 The last time we got these “point something” issues were waaaaay back in Nick Spencer’s run and it focused on some of the stories that he didn’t have time for in the regular issues. This time around, it’s pretty much the same thing. There’s some stuff that the characters had to do, that’s pretty important, but there’s just no time to explore it as much as they should in the regular issues. This issue focuses on the Beyond Corporation’s training program, specifically the “Daughters of the Dragons,” Misty Knight, and Colleen Wing. I’m putting this out there right now: When the inevitable Daughters of the Dragon TV series comes out on Disney +, if Jed MacKay isn’t involved, then there’s gonna be a problem. MacKay weaves these two superstars into Spidey’s life, as trainers, and from there…let’s just stay things happen. Very interesting stuff. This issue gives us a closer look at the Beyond Corporation itself, as well, and it’s both interesting and maybe a little bit scary. MacKay loads up this issue with thrills, throws in a healthy amount of laughs, and mixes it all up in his trademark “superheroes in costumes can still be awesome” style, and delivers an absolute slam-dunk this issue. The main series is good enough, but if these “between” issues are as good as this? This era of Amazing is one that’s going to be talked about for a very long time. 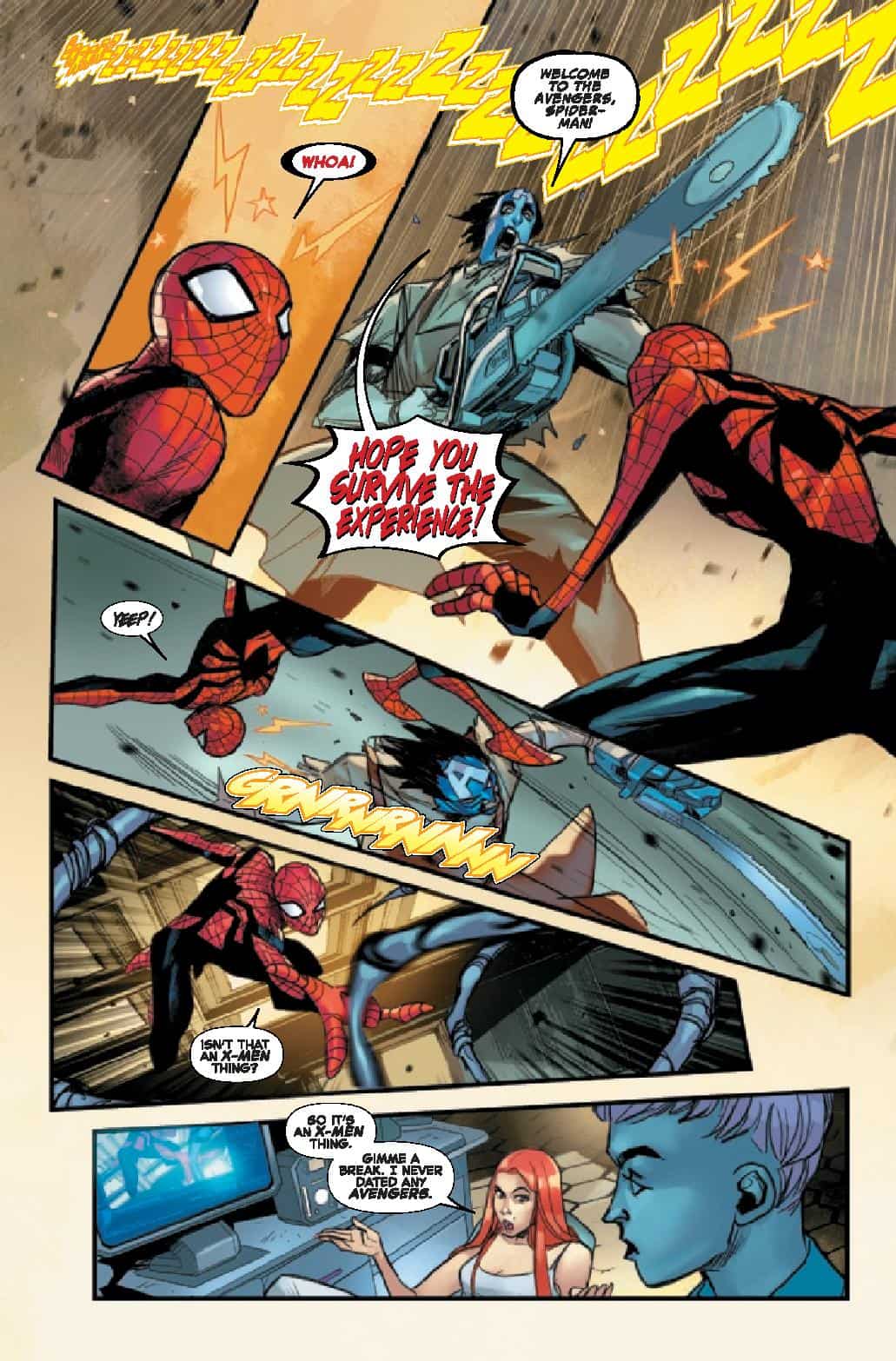 This issue would only be half as good if there was anybody other than artist Eleonora Carlini on it. Carlini, whose work I’m not that familiar with (and that will change VERY soon), is f***** awesome!!!! I think I can say that, right? She’s very unconventional when she lays out a page and honestly, it’s a real breath of fresh air. Her pages are best described as interesting and I don’t mean in the way interesting as a synonym for ugly. They really are interesting. There’s a very particular look to everything she draws, and I love it. Just check out the page above! When have you seen anything like that before? And that’s just a drop in the bucket, wait till you see the rest of the issue!! Beautiful art, I would definitely love to see more of her on this title!

A surprisingly awesome "between" issue that hits the mark on the story it's telling as well as adds to the overall big picture to this era of Amazing Spider-Man. Both story and art are worth writing home about. Or text home about. I don't know, do whatever you want, just pick up this issue.