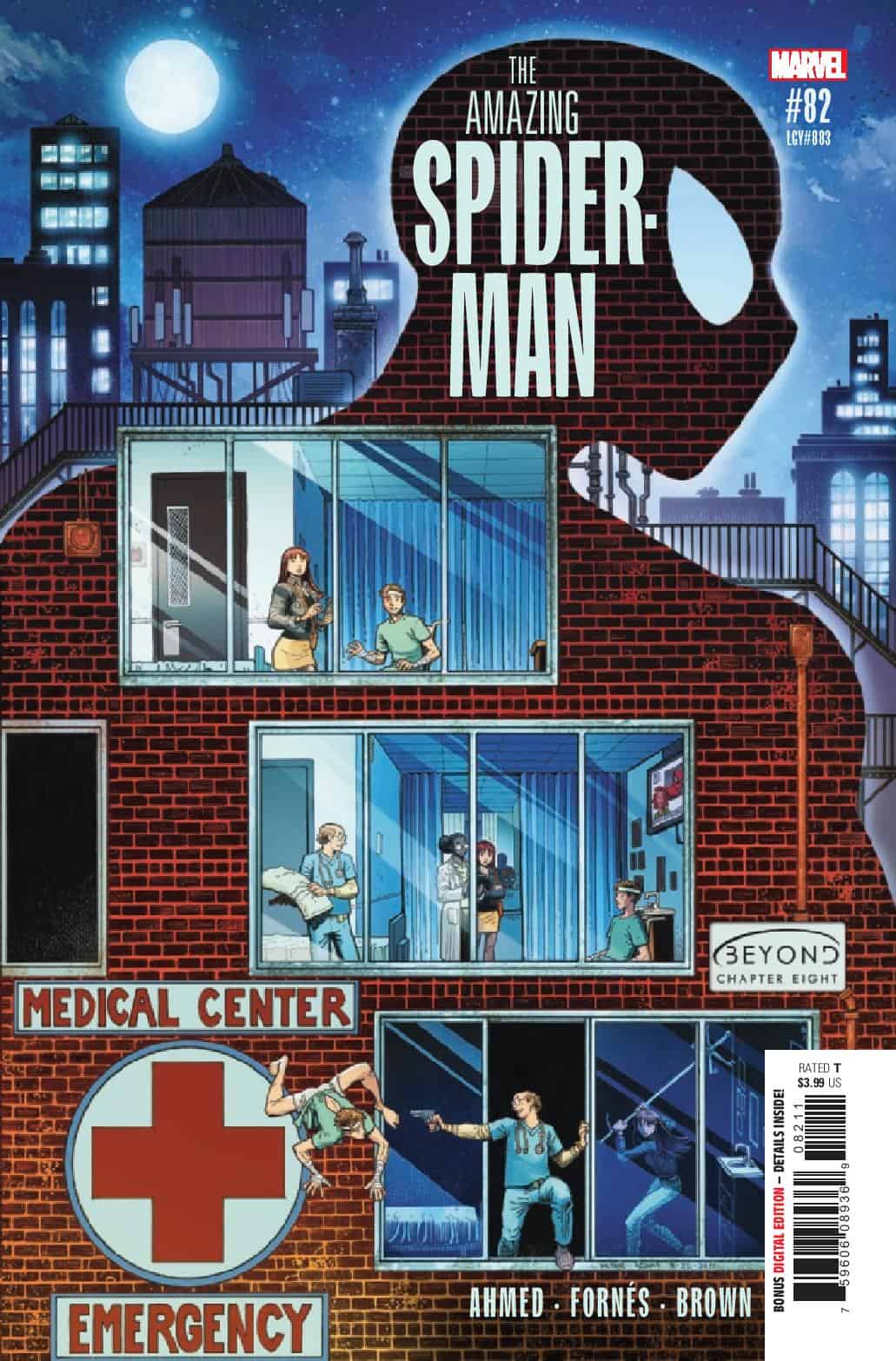 Man, I can’t believe I’m saying this, but I’m starting to like the “Peter Parker in the hospital” issues almost as much as the “Ben Reilly: Spider-Man” issues! Leave it to this group of writers to come up with a storyline about Peter in a hospital bed that’s SO entertaining! They have yet to let me down, and I don’t think that’s gonna change. Enough about them, let’s talk about the author of this issue, Saladin Ahmed. He’s pretty great at writing comics. He’s able to organically toss in everything that makes a comic enjoyable. Action, reveals, some mystery, interesting characters, and everything else you could imagine. He gives us a really great new take on Peter and Mary Jane’s relationship when they’re backed into a corner and forced to take on different roles than they’re used to, to great results. One thing you’ll definitely want to pay close attention to is the fact that, for the most part, Ahmed uses about a 1% level of screaming in this issue, proving that drama works in comic book form, not everything has to be over-the-top actions and reactions. Very well done. 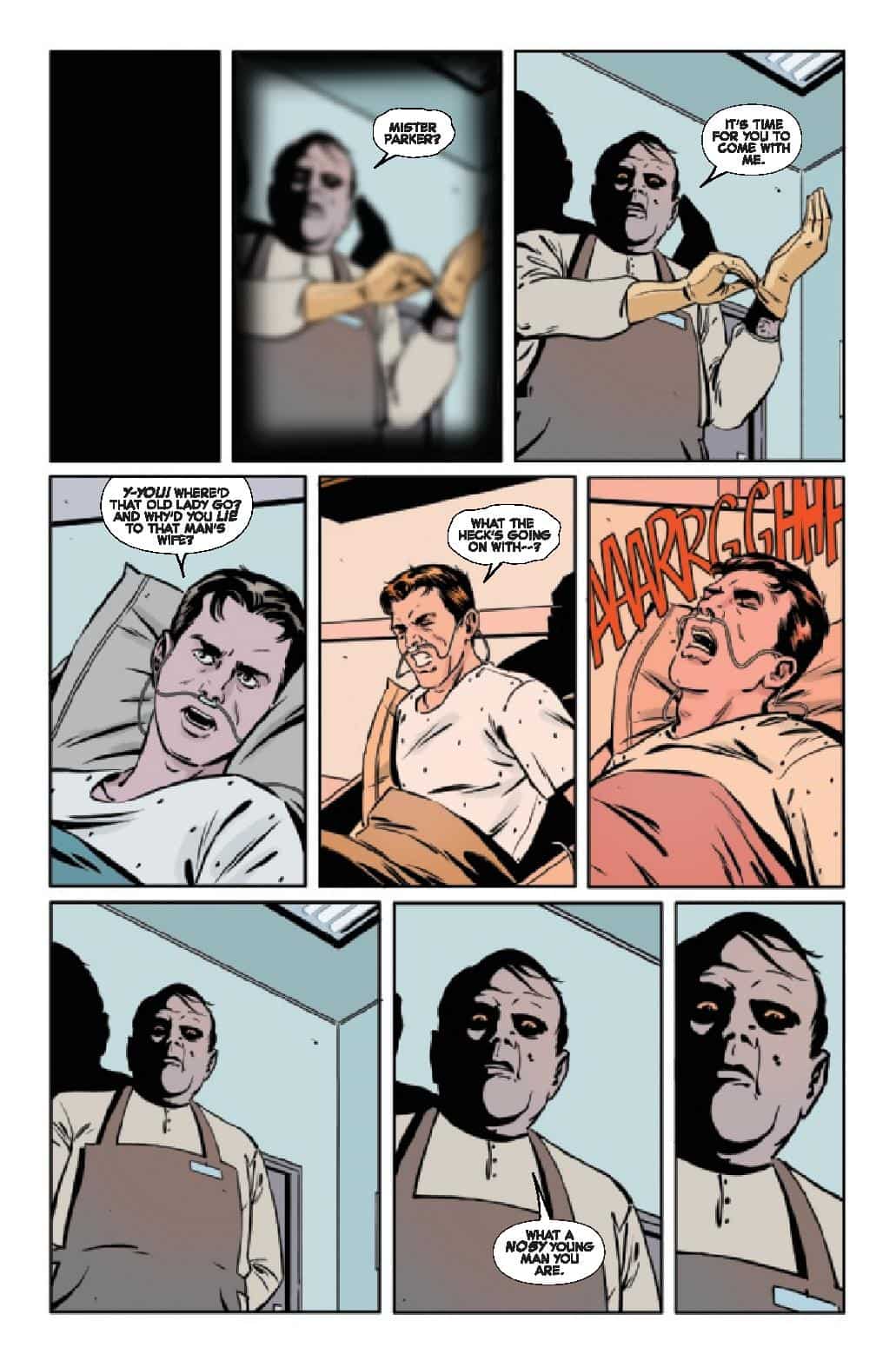 Artist Jorge Fornes has an impressive body of work, and I use the word impressive because that’s what his work is: impressive. One thing that this issue doesn’t have is a lot of action. You’d think that maybe be putting the artist behind the 8 ball so to speak, but not for Fornes. In my opinion, he actually thrives on it. Everything from very subtle movements to facial expressions is the focus of this issue, and he delivers on every one of them. Yes, there is some action and Fornes excels at that as well. Now, let’s see him draw some great-big Spidey vs supervillain fights!!!

A great issue!! Does everything a good comic should and then some. The creative team goes above and beyond the call of duty and it shows. A real page turner, due to both story AND art.