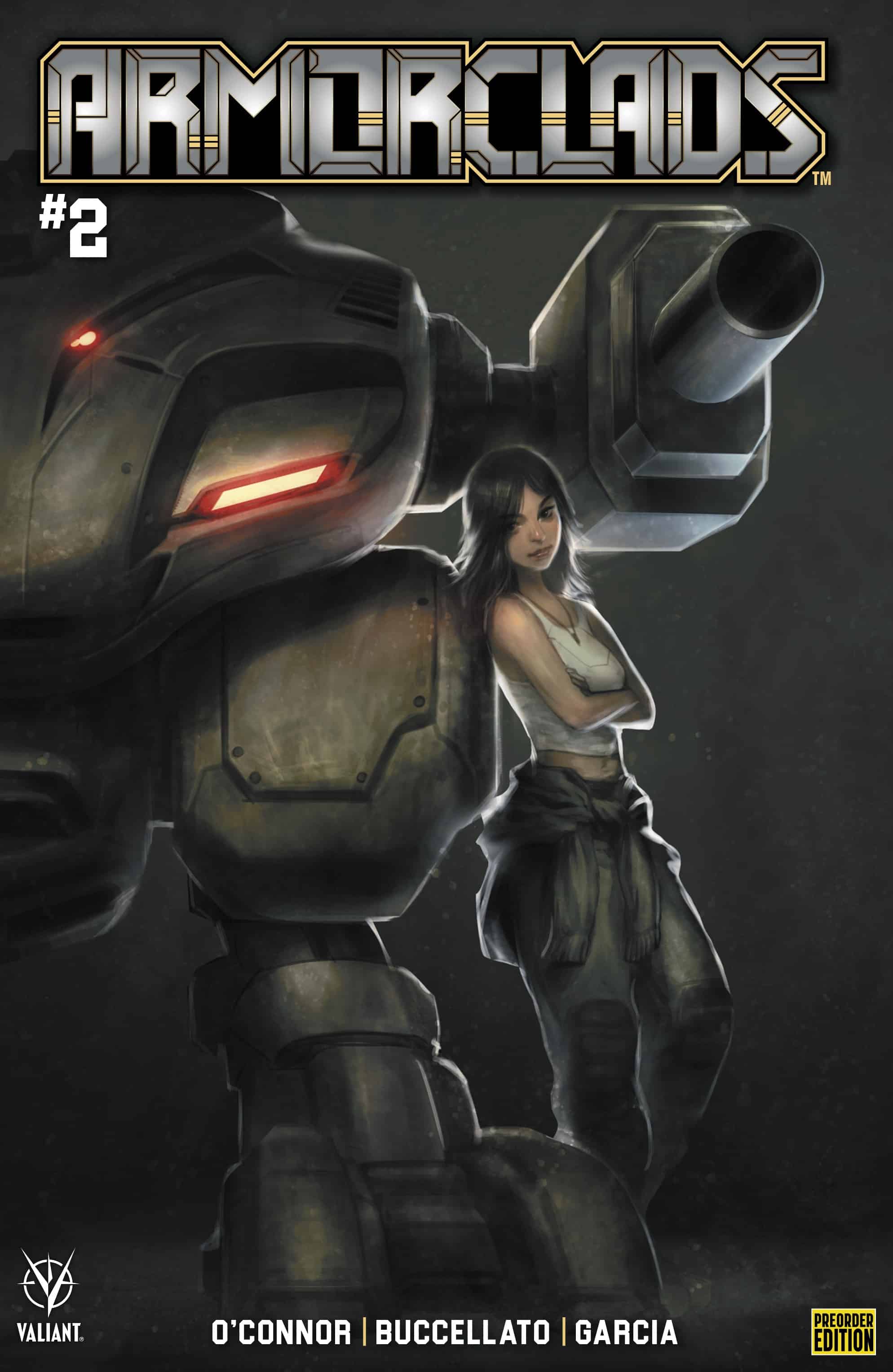 Looking for answers about what happened with Sgt. Troy, the Major and his Armorclads remove the Ironclads from Outpost 12, taking Peris in for questioning and reassigning the others. But with the remaining Ironclads en route to a new outpost, the deadly Legionnaires strike, leaving Lela and her friends caught in the crossfire.

Whoa Armorclads is the political intrigue comic I’ve always wanted. It’s Alien meets Snowpiercer and I am loving it! Issue two is no exception. This series doesn’t hold back on its true meaning, which is about class systems and how social elites view the lower class. But I also feel something else is going on, something much deeper and darker, and this issue really picks up the hype. 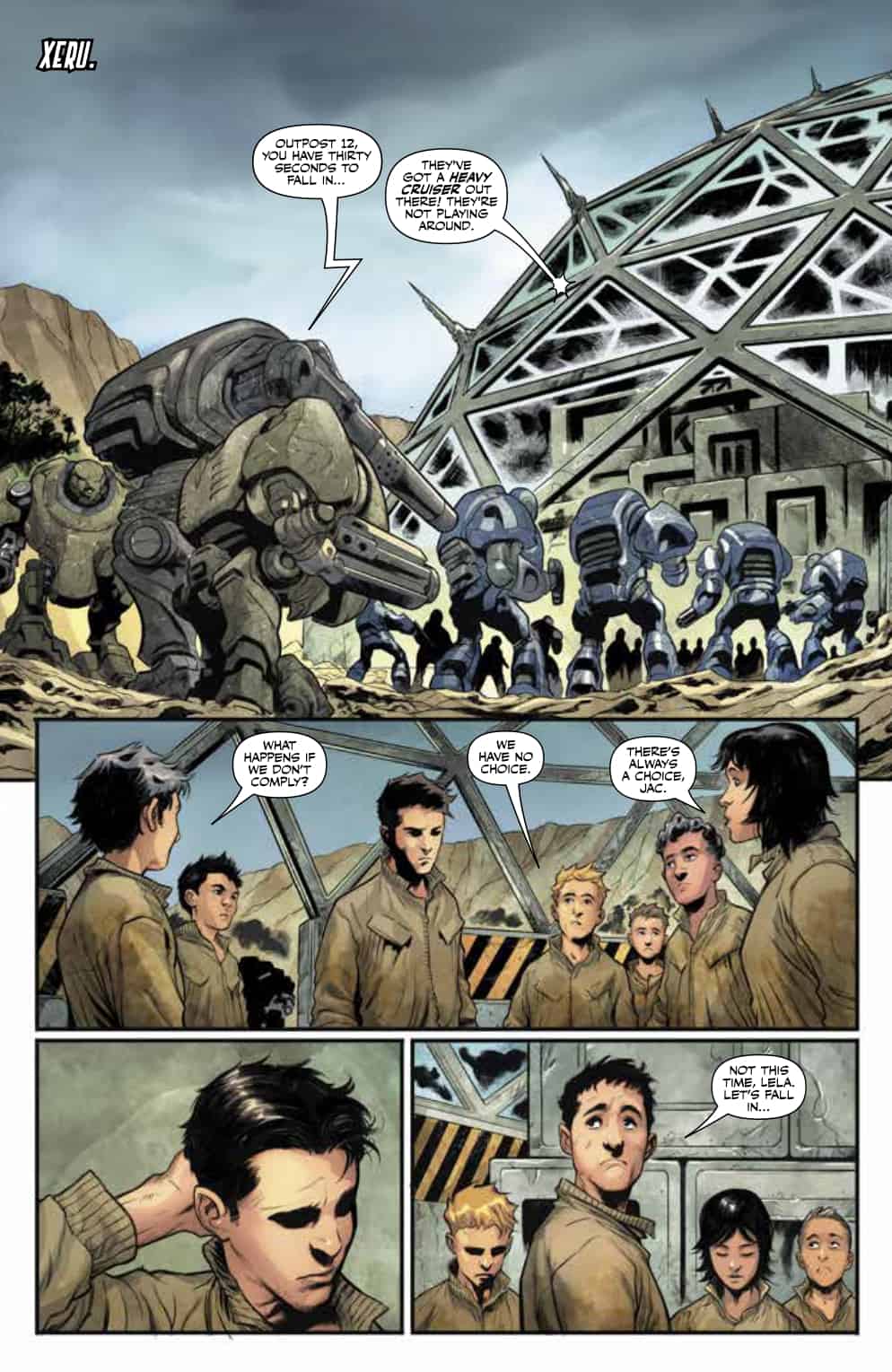 The writing in this series is phenomenal, yes the action scenes are well written, but the dialogue is amazing. It’s almost like a tv show or book you finish reading and just need to get to the next episode. This is a binge worthy comic! JJ O’Connor and Brian Buccellato do fantastic with creating a world of mystery and levels of rich deep lore, in just a small amount of pages. This is a NEW Valiant title, yet it feels like it’s been here forever. The characters are extremely well-written, each one having their own personality and motive. Even the “bad guys” feel like they have a richness to them. JJ O’Connor and Brian Buccellato really shine here, and I’m begging Valiant to hang on to this series! It’s really something. I’m telling you, you don’t want to miss it! 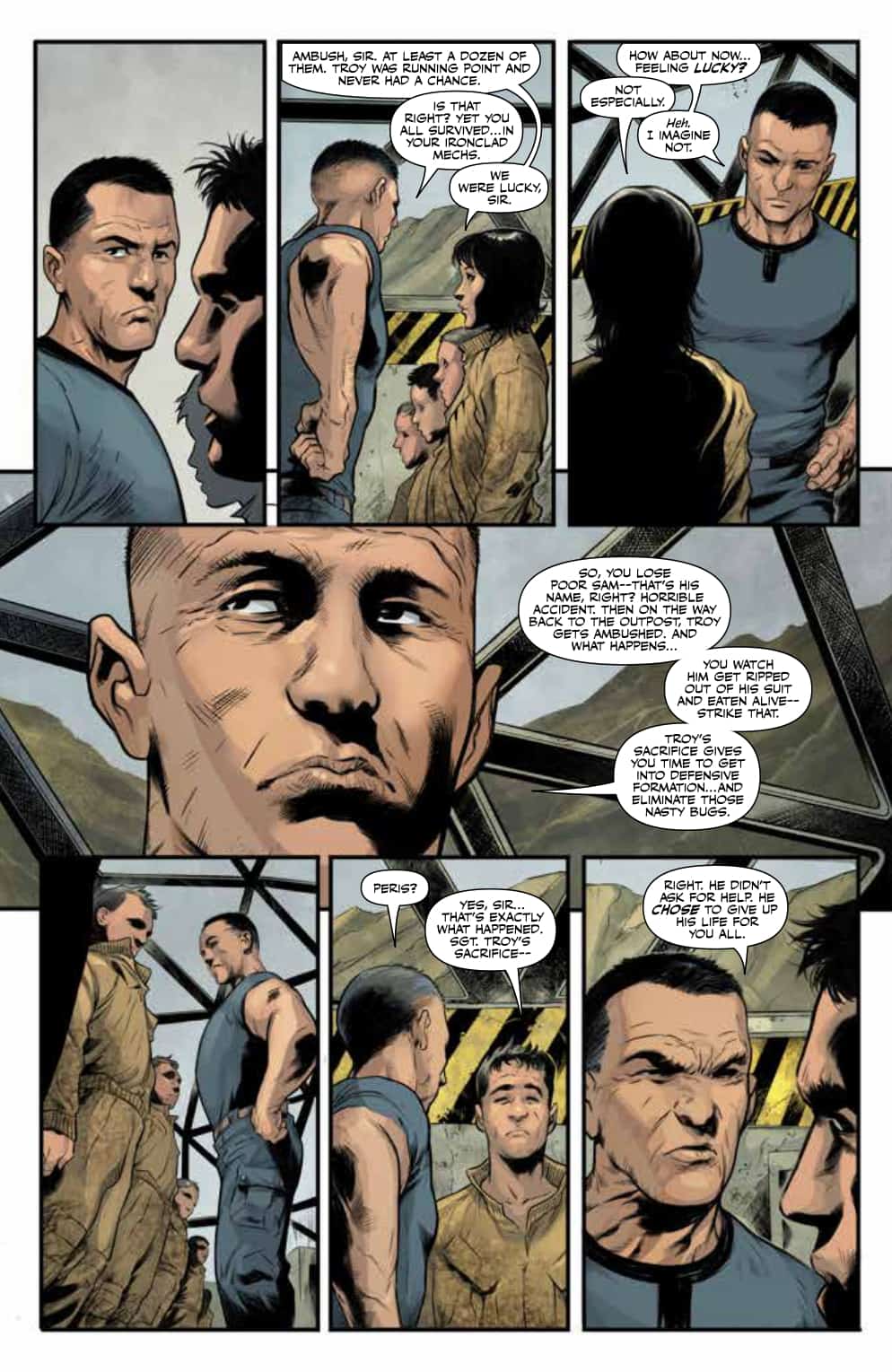 The art by Manuel Garcia is so smooth, and even though it’s an alien planet, everything has such realism to it. The line work is impeccable and the colors and inks are at a level we rarely get in new comics. Valiant is showing a lot of faith in this series, with having amazing talent like this on the team. 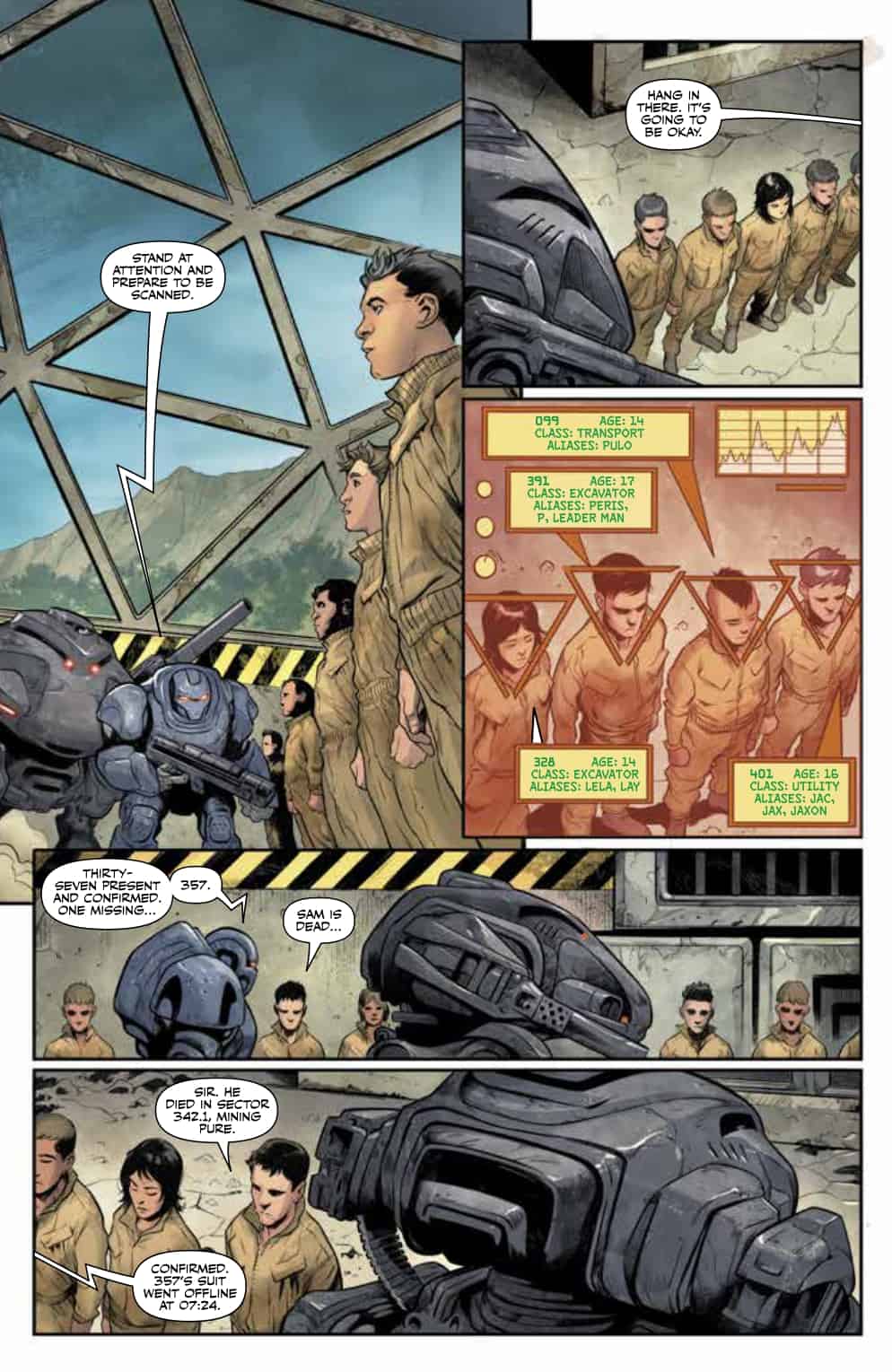 I’m going to be honest: I usually hate Mecha stories; I fell asleep watching Pacific Rim. I was very nervous to pick up this new title, with new characters and no connection (so far) to the Valiant Universe as a whole. However I’m pleasantly surprised how much I love this. Yes, it has giant mechs fighting, but the deep political story behind it is enough to hook anyone.

I know Valiant has a lot of characters to pick from, and I know picking up a new series is a risk, but this one is something special. This series is also begging to be made into the next big sci-fi movie, but maybe that's just me. Please pick up this series if you haven't yet, its worth it 110%.