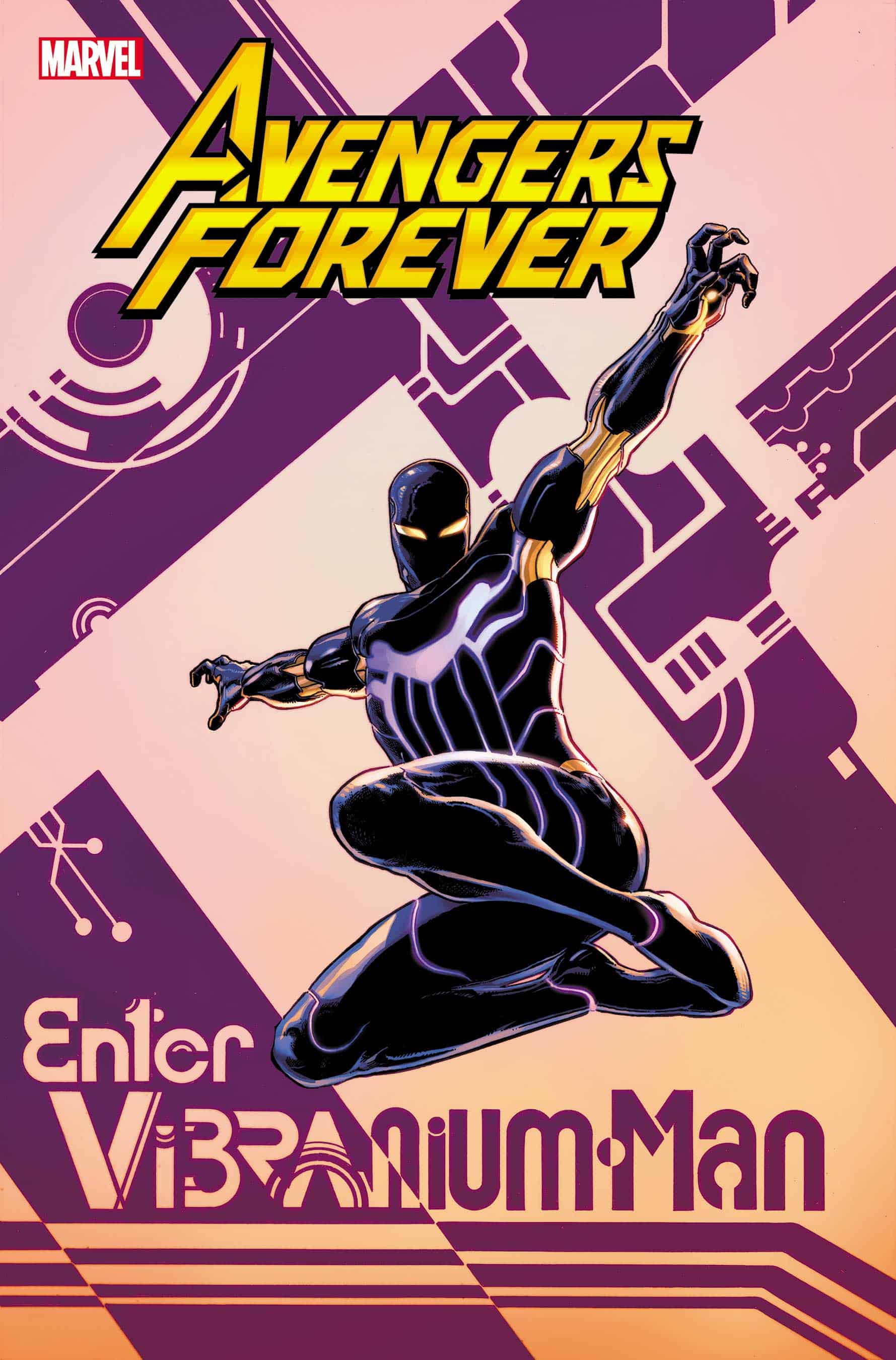 Things are looking grim for Robbie Reyes, the ALL-RIDER, as he careens from world to world throughout the multiverse in a desperate attempt to find some way, any way, to stop the Multiversal Masters of Evil.

His latest stop brings him to the world that bore KING KILLMONGER, who wears a modified version of Asgard's fabled DESTROYER armor, and has sworn to annihilate all T'Challas everywhere...

Avengers Forever, a supplemental maxiseries running concurrent to Jason Aaron’s regular Avengers run, has been the sort of thing that looks like a recipe for disaster on paper: let Aaron, who already has a reputation for going bonkers with over-the-top ideas whether it’s a good notion or not on the main title run absolutely wild in a multiversal romp starring all manner of alt-Avengers. At the midway point, at least, the reports of Aaron’s self-immolation and victim of his own worst impulses remain wildly inaccurate.

Whereas his monthly Avengers book occasionally runs into the limits of what continuity (read: editorial) will allow, Forever allows him to more or less build his own world with its own sensibilities and rules.  Furthermore, it’s been far more focused than the sprawling saga in the main title, which tends to dip up and down from story to story in terms of quality (truly, no man should have such a career-long fascination with the Phoenix Force and still be considered healthy).

Take, for example, issue six, “The Vibranium Man.” The story presents a T’Challa from another universe that was blasted into space a la Superman to escape the genocidal onslaught of King Killmonger, only to be raised by the Shi’ar and grow to more or less become a kind of Space Black Panther. It’s a concept that’s ludicrous in its simplicity, yet allows Aaron to craft a tale that’s easy to follow and build investment in right from the start due to the easy familiarity of the Black Panther character. There’s not much difference personality-wise between this guy and the 616 T’Challa; he remains a universal constant despite a swanky new set of threads. And because Aaron understands T’Challa so well (he’s easily the most consistent highlight of the main book to date), this issue truly feels like an extension of the main title, like the entire maxiseries is supposed to have from the start – and has. Truthfully, though, the issue is well-crafted enough that a casual reader could pick it up and enjoy it, even if they don’t quite grasp what happens or who these other people are in the third act. Bottom line, if you like Black Panther, you should love this issue.

Artist Jim Towe continues to shine on this series. His style is a bit reminiscent of Aaron Kuder, in that it has a sleek look that masks a lot of small, grimy details. Towe knows how to sell a sleek visual, and brings a visual power to Black Panther that works wonders. However, I sometimes wonder if that sleek linework couldn’t be beefed up with just a hair more detail – sometimes, and this issue is no exception, big action beats fall a little flat due to a relative obfuscation of details that would help sell a page or image better. It’s certainly the artist’s choice, though, and that isn’t to detract from his work. Likewise, Guru-eFx’s colors and Cory Petit’s letters are good and get the job done, doing exactly what’s required of them with a workmanlike skill.

Avengers Forever #6 isn't going to melt anyone's brain, or break new ground in sequential art storytelling. But it doesn't have to, and it's unfair to ask that of what's intended to be a fun superhero romp. Ultimately, that's what this miniseries has been do date, and continues to be with this issue. Don't miss out on this below-the-radar gem of a series.