ADVANCED REVIEW! Black Panther #1: Let’s Just Get Right To It 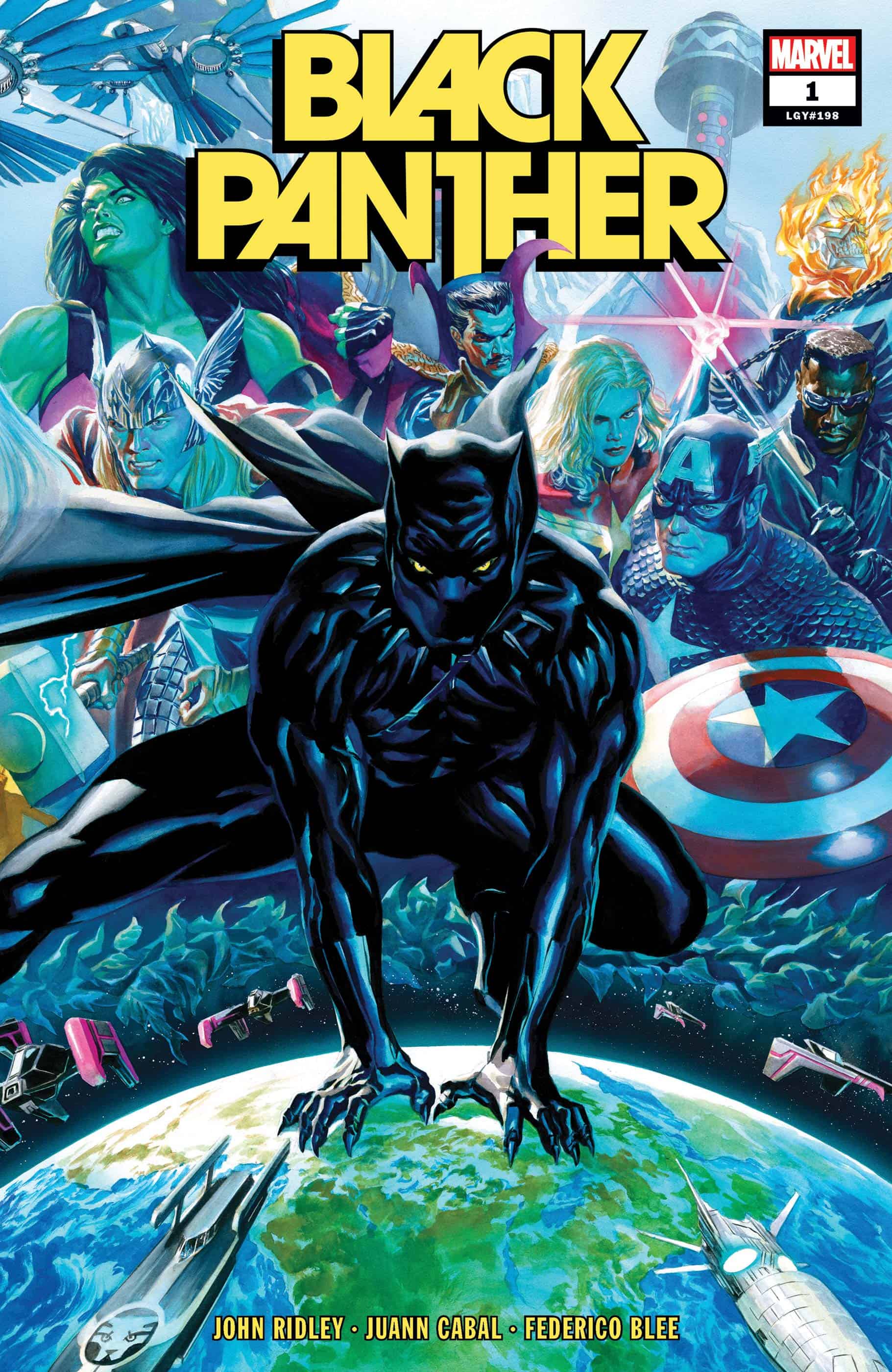 Fresh from returning from his travels in space, Black Panther receives an unexpected and urgent message from a Wakandan secret agent! Now T'Challa must race the clock not only to save his agent, but also to keep his true agenda under wraps. Because if the truth comes out, it could cost T'Challa everything…

The very first line in this issue is “So…let’s just get right to it.” T’Challa is not playing around, nor is anyone involved in this book–and that’s a good thing.

John Ridley tosses audiences right into the action in Black Panther #1, wasting no time setting up the status quo, complicating it, and setting the stage for adventure. It’s everything a reader could want in a first issue, serving up a dense, well-illustrated, and action packed introduction to a world-spanning geopolitical thriller.

T’Challa’s core tension here is set up through his desire to be a king but the need to allow others to lead. He’s clearly uncomfortable in the role, and gets in at least one good bureaucratic zinger in there. T’Challa as written by Ridley is a man with infinite resources but no ability to simply use them indiscriminately and bristling at the limitation, like a Batman hemmed in by paperwork. It’s a refreshing tension that’s going to come into play later in the series. Ridley’s dialogue zips by without being grating or repetitive—it reads well, it gives characters weight, and not a line gets wasted. As part of the compact machine of storytelling this issue is building, his work holds it together.

Juann Cabal and Federico Blee’s art keeps things moving as fast as the dialogue, making the wise choice to leave out flashy layouts in favor of readable, dynamic panels. It reads well, the flow is just right. Cabal gets into a good rhythm, knowing the right moment to switch from talk to action. Every page is used effectively, hopefully a sign of a creative team locking into sync from the jump. From what this first issue shows us, that looks like it will be the case.

As stated earlier, T’Challa’s inability to simply behave as he feels is necessary is a driving force behind the central plot of this issue, and most likely this introductory story arc. It has the feel of Matt Fraction and Salvador Larroca’s Invincible Iron Man #1, which also featured the central character struggling with the limitations of a new status quo, while also dealing with someone who understands them a little too well. It’s a lot of ground to cover, and to their credit, Ridley and Cabal get it done without it feeling too fast or inconsistently paced.

By the time it wraps up, staring down a thriller of global proportions, it feels like two issues have gone by—in a good way. There’s just so much here, and all of it’s so good, that the worst part of it was that it had to end.

Black Panther #1 succeeds in cutting away the fat and getting right to a meaty, fun, and exciting story.

In Black Panther #1, John Ridley and Juann Cabal waste no time throwing readers into the action, setting things up for a world-spanning thriller.

ADVANCED REVIEW! Black Panther #1: Let’s Just Get Right To It