ADVANCED REVIEW! Captain America #0: Having Patriotic Cake and Eating it Too (Spoiler-Free) 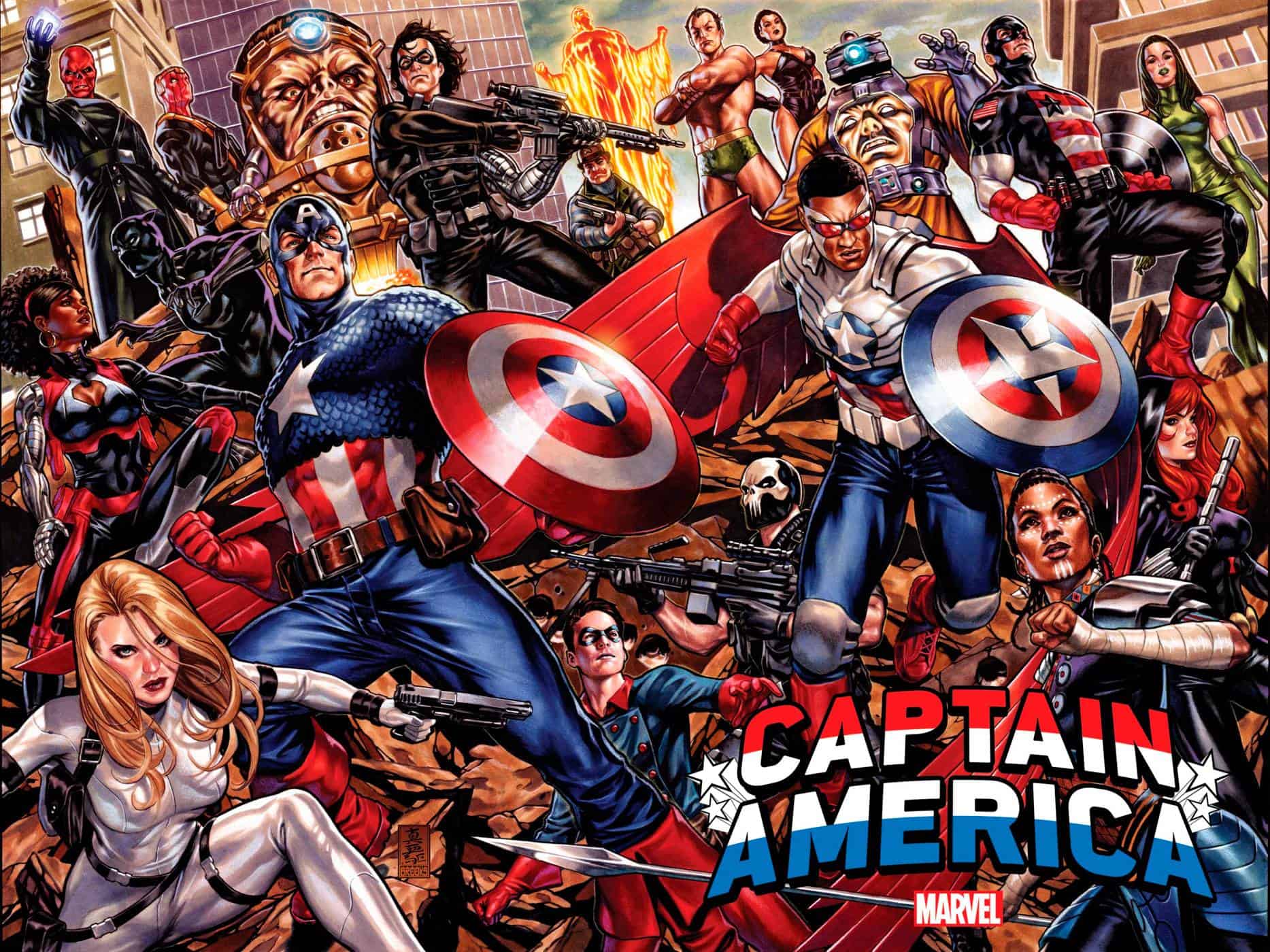 Steve Rogers AND Sam Wilson wield the shield once more... both ready to stand shoulder to should to stand up for an United States more divided than ever.

But what does that mean, when America doesn't live up to its creed?

Captain America, the character, has had an interesting narrative arc of late. His previous ongoing, written by Ta-Nahisi Coates, was chock-full of high-minded, thoughtful ideas, but was often lacking in execution. Then, The United States of Captain America miniseries that followed posited the idea that as there are many different interpretations of what America is and what its ideals stand for, so to then can there be multiple iterations of Steve Rogers’ costumed identity. It was a great idea that got lost by virtue of being in search of a stronger plot to drive it. However, it did seem to be setting up a new status quo for Cap – which was dashed when instead of a new monthly series stemming from it, fans got the Captain America/Iron Man miniseries, which was fine for what it was, but wasn’t trying to be much more than a fun superhero romp.

Following all that, a fair assumption could be made that perhaps Marvel didn’t know what to do with Captain America. Regressing to a straightforward superhero adventure comic didn’t really pan out, and shooting for loftier ideals with Cap as a symbol of what the United States is supposed to be about hadn’t really worked out, either. Either approach was bound to leave someone unhappy. So, what does Marvel do? The heck with it, say they, let’s just give fans the best of both worlds. And voila, not one, but two Cap books are born: Sentinel of Liberty, starring Steve Rogers as the star-spangled Avenger, and Symbol of Truth, starring Sam Wilson, the former Falcon and one-time Cap.

Both books launch out of Captain America #0, coauthored by novelist Tochi Onyebuchi  (Riot Baby, War Girls) and Jackson Lanzing and Collin Kelly (Kang the Conquerer, The Harbinger) with stunning art by Mattia De Iulis. This zero issue sets the stage with a dual-narrative approach: Arnim Zola, Nazi scientist/face torso enthusiast, has yet another scheme that’s going to cause mass destruction, while extolling his anti-American rhetoric all the while. But have no fear – Captains America are on the scene! Steve and Sam arrive to thwart his evil, both decked out in their respective patriotic gear.

The scene is well-played, balancing the action with more philosophical questions regarding whether or not Sam and Steve represents an America that even wants them anymore, much less is united in any way. The dual-track narrative serves to give readers of varying wants from what they get out of a good Captain America comic to feel satisfied. It also makes the impending launch of two separate Cap books feel more natural story-wise and less of a blatant money grab, since the issues ends with Steve and Sam going on two separate but related missions stemming from this issue’s events.

It isn’t an entirely perfect ride, though. There’s no explanation as to why Sam is suddenly Captain America again (although to cynically state the obvious, it’s likely because he’s officially taken up the mantle in the MCU for the foreseeable future), he just is. He’s been content being his own man in the past, so having him return to being Cap with no explanation feels jolting at best. His dialogue feels off, too – at once point, he’s speechifying in a manner that’s more in line with Steve than him (and having him point that fact out mid-battle doesn’t help; it just makes the writers look self-conscious). By the opposite side of the coin, Steve feels a tad off, too – fist-bumping with Sam feels like someone’s grandpa trying to be hip and cool with the kids.

There’s an odd bit of speechifying throughout the issue, though, as if the assignment was given to the writers to craft a “Captain America 101” to kick off the new era, but they weren’t sure how beyond sticking with the comfortable and familiar. That’s not a bad thing in and of itself – after all, any comic could be someone’s first – but the result is a lot of patriotic one-liners from Steve about standing up and fighting, and never giving up, and all the things one would expect Steve to say. What’s missing is the heart; Captain America by the numbers just falls short of everyone’s expectations. Steve Rogers saying boilerplate Steve Rogers things is predictable and suggests the writers didn’t have much new to say about him, so instead resorted to the most familiar version of him they could conjure to give the cleanest entry point possible for new readers. This approach is bound to leave older or more knowledgeable readers feeling like they’re not getting anything new out of the reading experience.

Mattia De Iulis’ art is lush, bringing to mind comparisons to Mike Mayhew. It’s painted, but appears to have a bit of computer-rendered finishings too. The end result is super high-res and polished, ultra-clean, just the side of the uncanny valley but not into it so as to be distracting. The cover is by Alex Ross, which is great, but it would have been nice if Marvel had given De Iulis a chance to show off his eye-catching work with cover duties. Another perk: De Iulis crafts one of the best Arnim Zolas I’ve ever seen. Imperious, looming, and full of menace, a villain who’s a perpetual punchline due to his goofy design (well, goofy when drawn by anyone other than Kirby) looks authentically threatening. That menace is heightened by the fact that his anti-America rhetoric isn’t exactly untrue, either.

And pushing back against uncomfortable truths is where Captain America #0 excels. America has, and still continues, to make colossal mistakes. It has a multitude of past sins it not only has never atoned for, but as we speak is actively trying to deny. It sins against its children by refusing to implement policies for a better tomorrow. And the notion of a country where all are equal in the eyes of the law is dubious at best and laughable at worst. But that doesn’t mean that overcoming those shortfalls isn’t worth attempting – and that is what Captain America fights for, what he represents: the fulfillment of the promise in the American experiment. It may never happen, but that doesn’t mean we should quit trying to do better.

Captain America #0 sets the tone for what's to come and is a little uneven in its execution (particularly where dialogue is concerned), but is ultimately a great jumping-on point for new readers and a new era. Even when it's being heavy-handed about it, it nails what it means to be Captain America - no matter who's wearing the costume.

ADVANCED REVIEW! Captain America #0: Having Patriotic Cake and Eating it Too (Spoiler-Free)