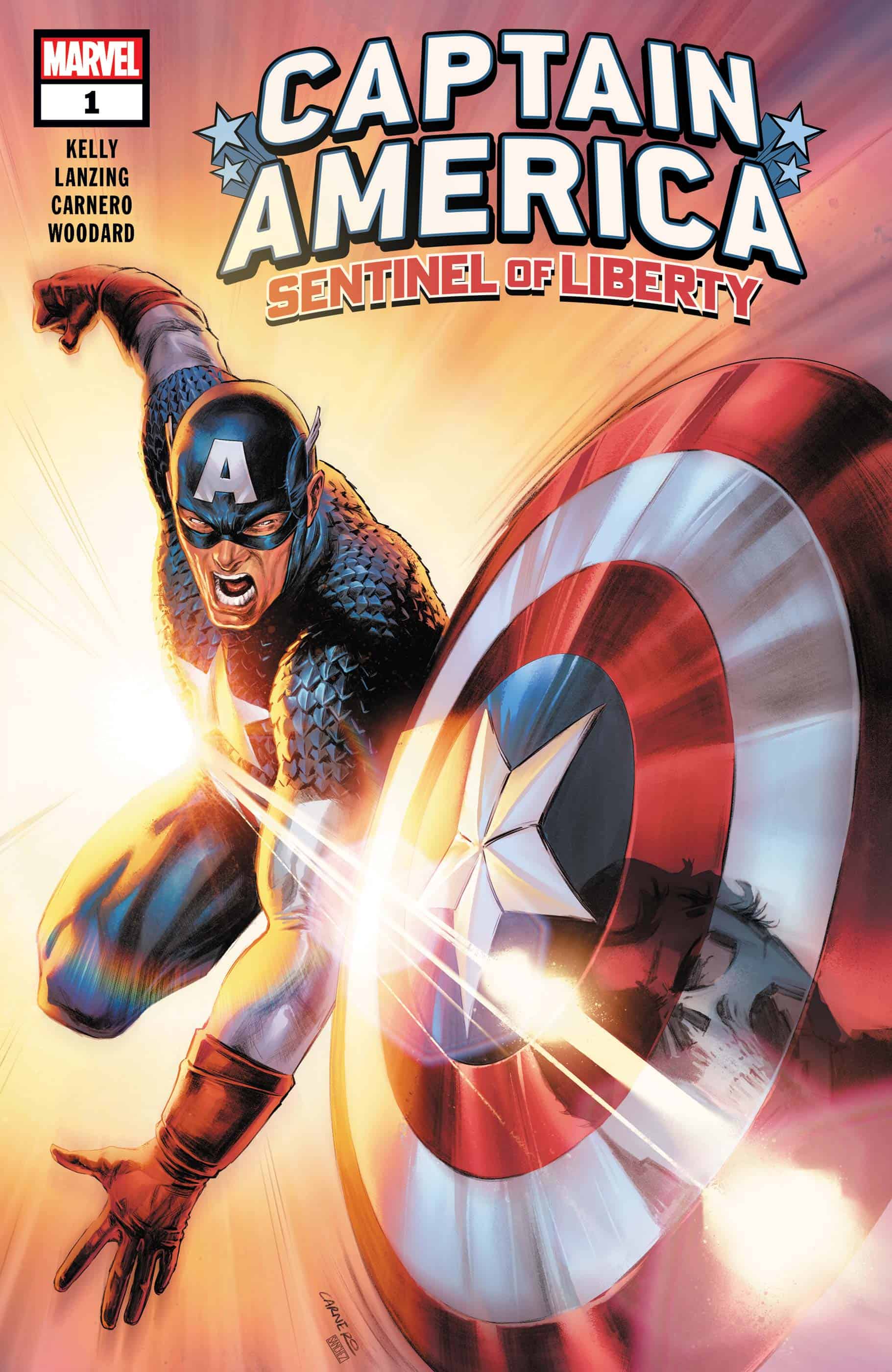 "The shield isn't what you think. It's not your symbol. It's theirs." The shield is one of the most iconic images in the world. It stands for hope, justice and the protection of the innocent. It also holds a secret, undiscovered until now, that will change the way Steve Rogers views the 20th century…and how he chooses to fight in the 21st. Nothing is what it appears in this game-changing Captain America run by Jackson Lanzing and Collin Kelly (KANG THE CONQUEROR) and Stormbreaker Carmen Carnero (MILES MORALES: SPIDER-MAN, CAPTAIN MARVEL, STAR).

Life is full of uncertainties. It can be scary and put you through the ringer when you least expect it. So sometimes, returning to what we know is the best thing we can do for ourselves. That’s exactly what Captain America—Steve Rogers thinks it’s time to do.

Sentinel of Liberty #1 plays into some of my favorite aspects of Captain America by playing with that idea. The part where he is just kind of an average guy, all super powers aside. He likes his privacy, he has his passions. Sometimes, he just needs to be home. A home that might just be a run-down apartment in the Lower East Side.

Over time though, what once was home becomes something new. In time all things change to take on a new look or be torn down to become the foundation of something else. But other times, they stay the same.

Captain America is a character riddled with change. Steve Rogers is a man who hasn’t known regular civilian life in nearly a century. It’s those things that can stay the same that still make him relevant. But the changes in those activities are what make him feel like the best of multiple generations.

I could rave about why I love Captain America for hours on end, with thousands of words. But I want to discuss the aspect of this book that truly made me enjoy the first issue we’ve gotten.

Co-opting of a symbol. 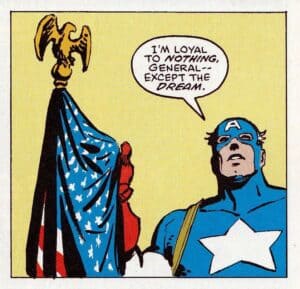 In the end, while he may be a hero, Captain America is a symbol of the United States. If he wasn’t, he wouldn’t be dressed head to toe in American flag regalia with a giant star on his shield. And he knows it. He doesn’t wear armor or wield some fancy tech. He’s wrapped in the symbol of a dream. A dream he wants nothing more than to make real for others.

But not all symbols stay untarnished. The Destroyer, an old ally of Captain America’s, has been out of the game for decades; so what happens when someone shows up wearing his costume looking to cause trouble? They find it.

It feels almost meta-contextual to have the antagonist of this inaugural issue be a young white man who has co-opted the symbol of a hero, claiming to be doing something good. Or to even outright misunderstand it. We’ve seen it with The Punisher among various thing. His symbol has been co-opted by fascist right-wingers and police officers. Two groups that the character himself very much dislikes.

Symbols are a powerful thing. They give meaning to a feeling. That star Captain America wears? It’s the symbol of The American Dream. A dream that was initially sold to immigrants and even citizens as a form of propaganda. But that isn’t to say there isn’t a dream worth believing in. Captain America’s dream is worth believing in. It’s not the dream that anyone can do anything on streets paved with gold. It’s the dream that people can be their best selves. That they can rise above. That someday, hate won’t have a home and our children will prosper without worry.

As I mentioned prior, symbols can be co-opted or built on lies. A problem Steve Rogers is seemingly going to have to grapple with over the next few issues. The dying words of a boy hint to him that his shield might not be as altruistic as he thought all these years. Maybe it’s time to stop fighting for the dream and wake up. Maybe it’s time to find out what the foundation is, and rebuild something new from its ashes.

The writing team of Lanzing & Kelly give us a stellar start to their run along with the amazing talents of artist Carmen Carnero, letterer Joe Caramagna and colorist Nolan Woodard. I'm excited to see where this run goes, what with the mystery elements and lack of cowardice towards discussing some of the politics involving Captain America.