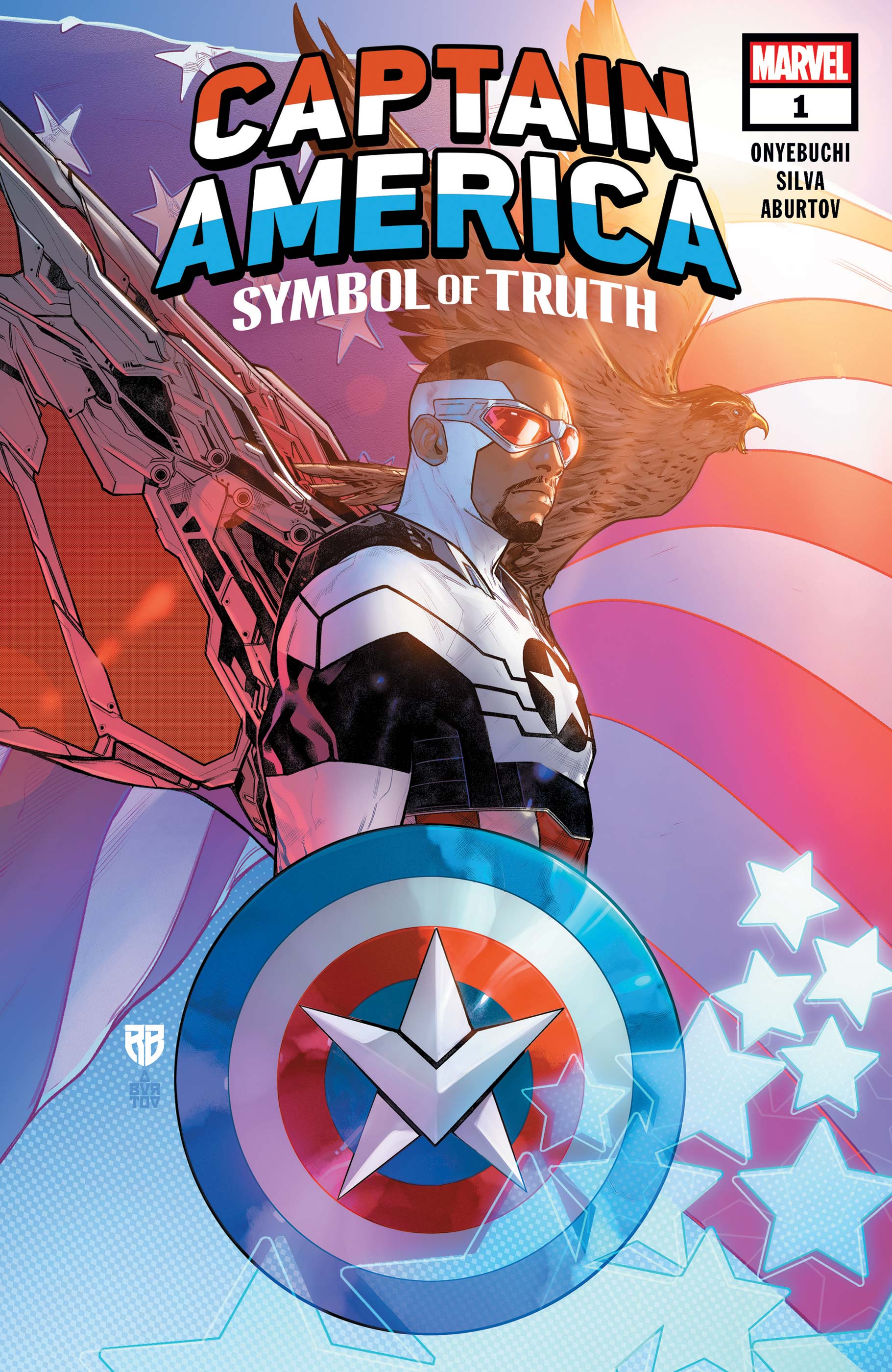 Once, Sam Wilson was Steve Rogers' high-flying partner THE FALCON! But now, his nation needs a new symbol for what it can aspire to. It needs Sam to once again take on the mantle of... CAPTAIN AMERICA, symbol of truth! 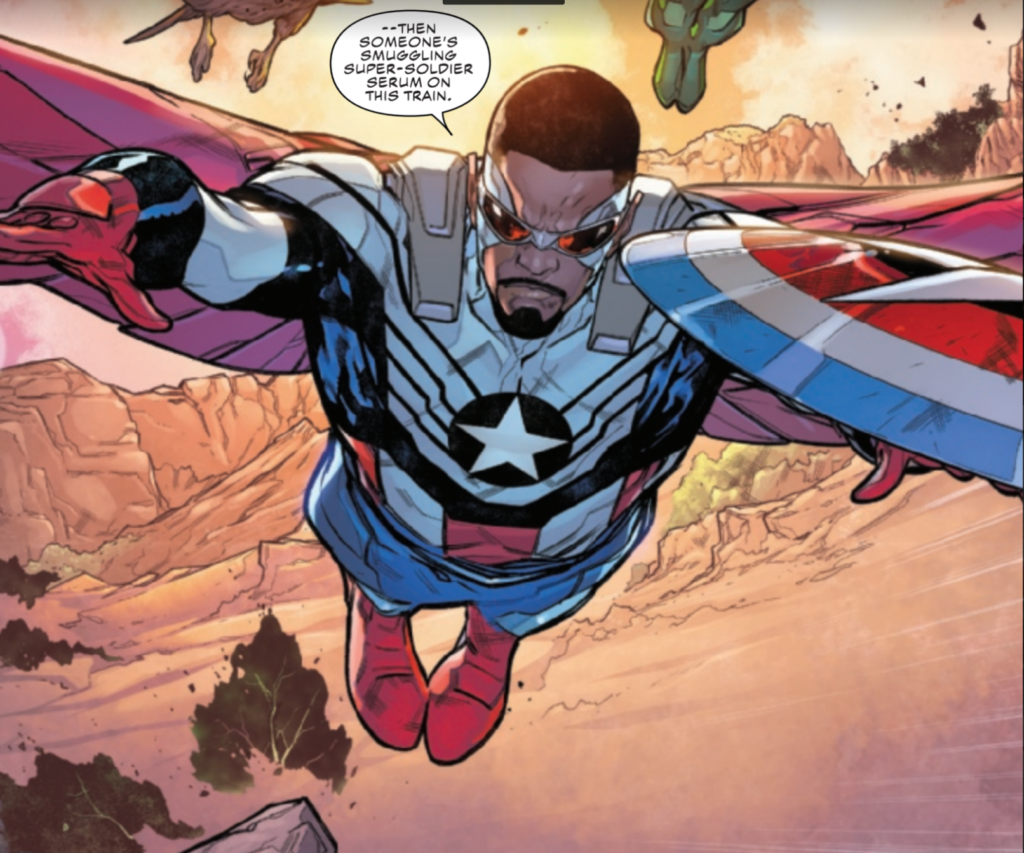 Marvel’s new bifurcated approach to Captain America hits the ground running with the first of two new first issues, Symbol of Truth starring Sam Wilson as the titular Captain. It’s a little-something-for-everyone approach – Steve Rogers in the upcoming Sentinel of Liberty, and for newer fans weaned on the MCU, Sam Wilson is rocking the red, white, and blue in this title. Of course, this isn’t Sam’s first time to wear the mantle, but last time, Steve was a nonagenarian both inside and out and couldn’t physically take on the role anymore. Sam’s time had arrived, and the United States, in the age of Obama, was treated to an African-American Captain America.

Having a Black man in the role of America’s symbol opens up a whole world of storytelling opportunity, given this country’s fraught and still-ongoing questions concerning race and equity. Having literally anyone who isn’t a blond-haired white man as the symbol of America matters. It immediately communicates that Sam Wilson has an equal seat at the table, despite the fact that society and history are communicating a very different story.

So, why isn’t Tochi Onyebuchi’s solo debut as the chronicler of Sam’s adventures in the Captain America role communicating any of that?

What we get instead is a pretty straightforward tale involving, yet again, mysterious forces trying to duplicate the super soldier serum. There’s some fun interaction between Misty Knight and Sam that touches on their shared history in Harlem, and a budding subplot concerning an anti-American/pro-Wakanda movement that has echoes of the Pan-Africanism movement of the ’70s, but other than that, Sam’s race is an afterthought. That may be the point: perhaps Onyebuchi is attempting to communicate a colorblind approach to Sam as Cap? But if that’s the case, then what’s the point of having a Black man in the role at all? Having a Black Captain America matters. It means something. Yet, at no point in this story does that meaning get communicated in a relevant way.

However, the return to Joaquin Torres to the role of Falcon opens up an avenue to explore other topics, like the plight of illegal immigrants. Onyebuchi kicks this story off as a subplot to the super soldier serum mystery, then sets the stage for it to take over with increasing importance down the line. That’s a good thing – if America is to live up to its creed, and Sam is to be the symbol of America’s diversity, then having a conversation about immigration is a solid place to start. Is the American Dream for everyone, or only people born here? Unfortunately, that subplot is only just getting established. Where Onyebuchi is going with it is yet to be determined, which means that for the purposes of this issue, it’s just window dressing.

Fortunately, Onyebuchi has the eye-poppingly talented R.B. Silva to draw this serviceable tale. Silva is astonishingly talented, capably aided by Jesus Aburtov’s striking colors that jump off the page. There’s a reminiscence of Stefano Caselli – you feel like you’re looking at animation cells almost as much as you’re looking at pages of a comic. Silva’s figures are natural, and his mastery of body language and scene blocking is flawless. There’s really nothing more to say about the art other than, “It’s perfect.” Sam Wilson never looked better.

It may sound like I’ve didn’t enjoy this comic, but I did. It’s a fun ride, and looks like it’s setting up good, solid stories to come. But I can’t help but feel like it missed the target on telling a more urgent, more important story with regards to America’s complicated relationship with its Black citizens.

Though well-crafted, particularly where the art is concerned, Captain America: Symbol of Truth #1 feels like it falls short of its potential.