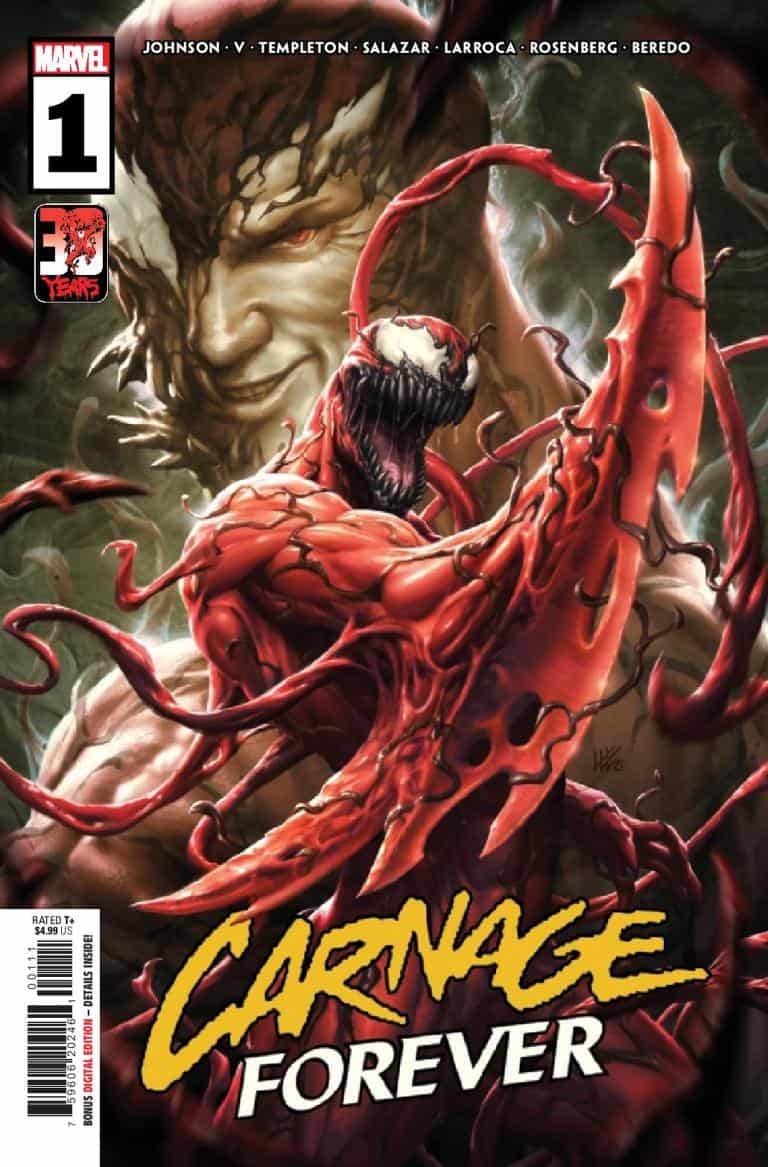 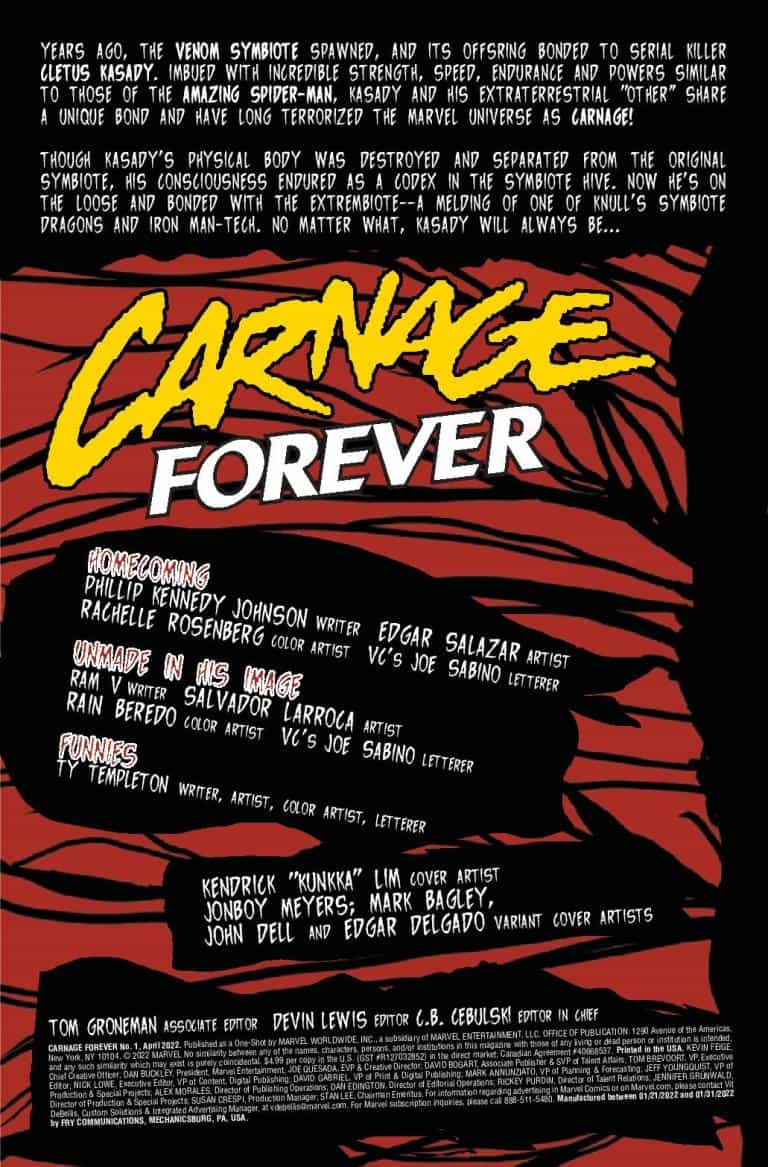 Marvel’s symbiotes have been among their hottest properties over the past few years, featuring as the leads in two company-wide crossovers as well as two major studio feature films. The first symbiote to debut was of course Venom, but the idea of the gooey suits as an entire alien race took off with the debut of Carnage, Venom’s bloodthirsty offspring. Carnage has been a veritable cash cow for Marvel ever since, starring as the big bad in countless events and crossovers. It is only fitting, then, that the company commemorates the 30th anniversary of his debut with an anthology book.

One-shot comics tend to contain either one-off stories or lay plot groundwork for a future ongoing series. Carnage Forever checks both boxes with a double feature story. The issue opens with a story written by Phillip Kennedy Johnson and drawn by Edgar Salazar. An out-and-out horror story, Johnson’s section of the comic is an homage to Carnage’s origin as the amoral antithesis of Spider-Man and Venom. In exploring a connection between the symbiote and a young abuse victim, Johnson reminds the reader that Carnage will take any avenue that ends in bloodshed.

The latter part of the issue is less self-contained, referencing the fate of Cletus Kassidy and the future status quo of his symbiote. Ram V, collaborating with industry veteran Salvador Larroca, has Carnage visit an imprisoned familiar face with a proposition. While the readers are treated with clues about Carnage’s upcoming solo series, the highlight of this portion of the book is the villain’s brutally creative break-in.

Art in one-shots is hit or miss, as creative teams tend to be thrown together haphazardly based on time constraints. That said, neither of these stories is a clunker in the visual department. Still, neither Salazar nor Larroca will blow anyone away with these panels. Both save otherwise unspectacular work with solid portrayals of the titular character.

Like most any one-shot, Carnage Forever is not essential reading.  It is good, however, and fans of the character will appreciate Johnson's horror yarn.  Newcomers or readers curious about the ultraviolent alien's post-"Absolute Carnage" fate can preview his next chapter, which will also be by Ram V.