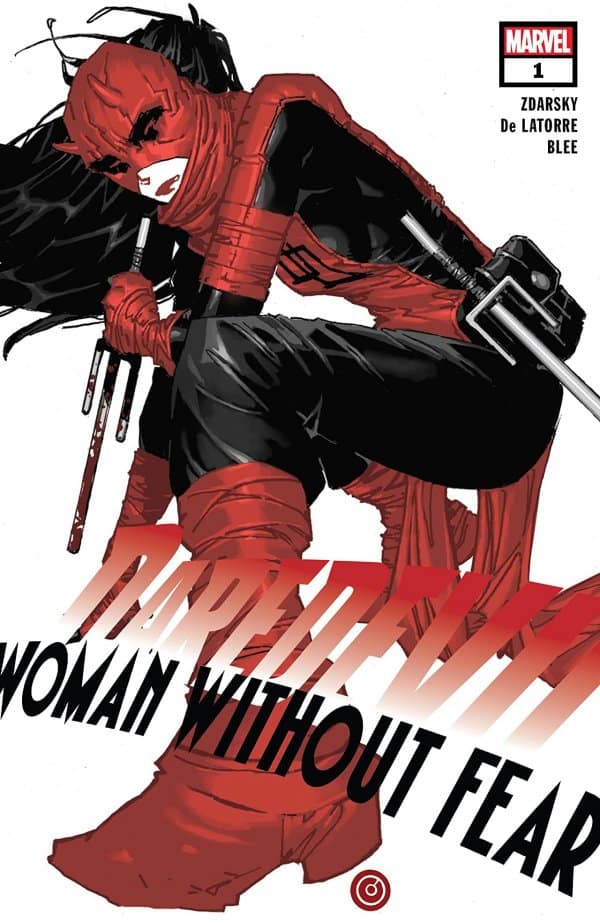 The next pulse-pounding chapter in the saga of New York City's Guardian Devil, this time starring ELEKTRA as Daredevil! Joined by Rafael De Latorre, Chip Zdarsky continues his landmark run and the DAREDEVIL story that spins directly out of the shocking revelations in the pages of DEVIL'S REIGN! Elektra is the world's deadliest assassin—and she's taken a vow not to kill. Someone puts themselves directly in her path with deadly consequences. What else would you expect from the MARVEL UNIVERSE'S GREATEST HUNTER?!

Chip Zdarsky’s been killing the main Daredevil title, and while Elektra has a very prominent role in the book, it’s very nice to see her given focus in this Devil’s Reign tie-in. The story is completely from Elektra’s perspective as she struggles with her new status quo as a hero. This is a fresh take on the character who often skirts the line between hero and villain.

A tiny bit of me is frustrated that her motivations do seem to boil down to her wanting to be with Matt, but a big plot point is the men in Elektra’s life having driven her to “sex and danger” in various ways. I’m confident Zdarsky will explore this aspect, since Elektra has historically been defined by her relationships and interactions with men in the past. It’s part of the reason why I loved her teaming up with Typhoid Mary in the main title, though that was a very short-lived and abruptly-ended partnership.

There are some fun flashbacks and action sequences which will help new readers interested in the character get acquainted with her. There’s also a surprise guest villain who will surely bring the fun in the next issue.

The art is very nice, but that’s nothing new for a Daredevil comic. Elektra’s Daredevil costume has really grown on me, and Rafael de Latorre does a fantastic job with the protagonist. I’m not super fond of the new character’s design as it feels very bland, but perhaps that’s the point.

I found Elektra: Woman Without Fear #1 to be an enjoyable read, but my expectations are high that in the next few issues we will see the dependency of male relationships and interactions with Elektra explored, especially as we'll see her form a new one with a famous super-villain.