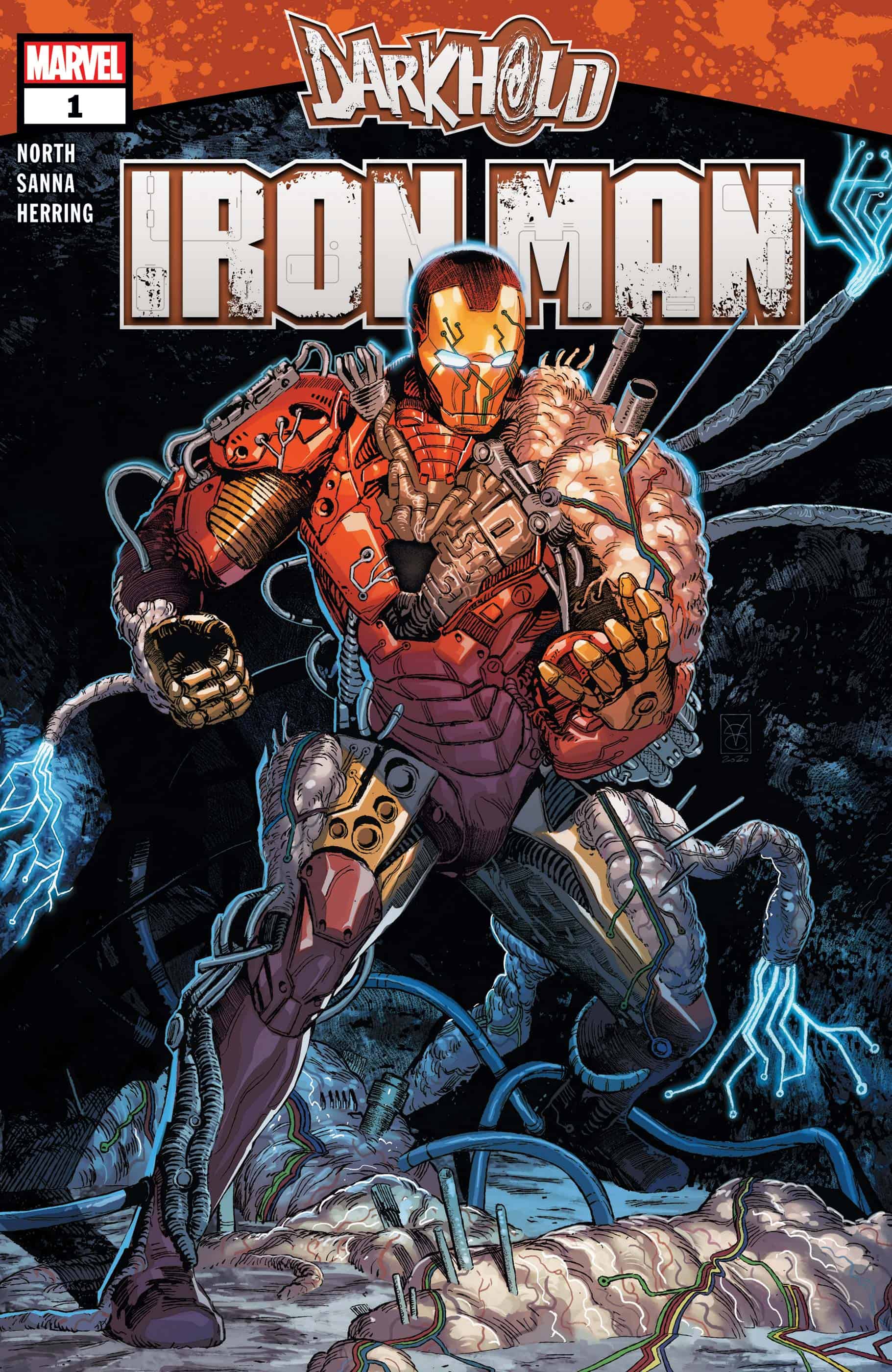 After the "true Darkhold", The Chton Scrolls, were discovered by Doctor Doom, The Scarlet Witch took it on herself to recruit the Darkhold Defenders to destroy Chton to prevent the apocalypse. However things went awry when the would-be defenders read too deep into the texts and became the Darkhold Defiled.

The tie-in issues to September’s Darkhold Alpha #1 are not what you might expect from a superhero comics crossover that features both an Alpha and Omega title. Unlike DC’s “Fear State” which spreads across all its Bat-related titles until December with an on-going story, The Darkhold’s tie-in issues are their very own stand alone stories. One for each of the Avenger’s approached by The Scarlet Witch to become the Darkhold Defenders.

Darkhold: Iron Man is told from the perspective of Pepper Potts, who recounts the events of the “day she died” in what is essentially a retelling of Iron Man’s origin.

What begins as a seemingly normal superhero origin story soon devolves into a spinetingling body horror. The pacing is superb as you are taken further into the realms of the unexpected, not knowing where the story will go. Each dark twist is impactful in a way to make you feel uncomfortable and horrified. 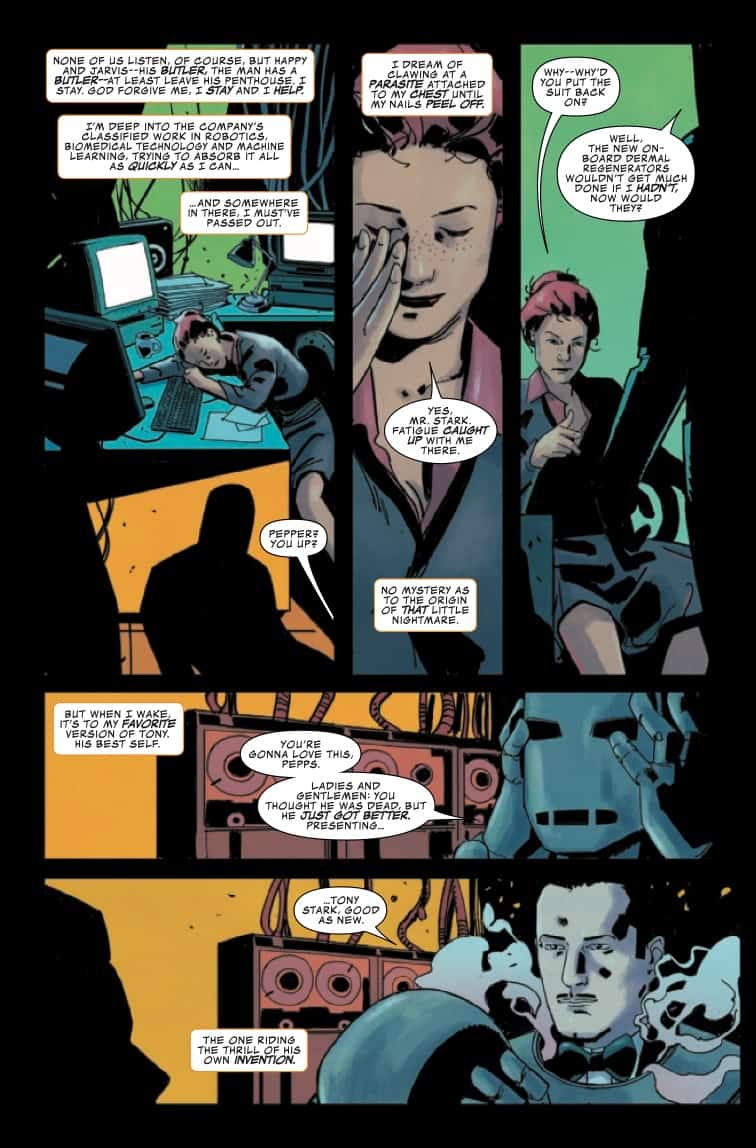 The art is perfectly suited to the dark subject matter and has a nostalgic feel. Sanna and Herring capture the horrifying revelations perfectly, creating images that will be seared into your brain for the coming days and weeks.

The only issue I have with these one-shots is they do seem somewhat random. Now I get the point that the Darkhold “event” is created solely to tell a spooky story over the month of Halloween but I feel this could have been achieved with tie-in issues that were extensions of the story. However this doesn’t mean that the quality of the book itself is lessened in any way because it’s a great horror story and personally I am excited to read the next installations featuring Wasp, Blade, Spider-Man and my personal favorite, Black Bolt.

It does raise the question "what is the point?" and sadly it does make the other tie-in's skippable reads as you could quite easily just pick up the books for the characters you actually enjoy. However I implore you to give this issue a chance as you are definitely in for a Halloween treat.