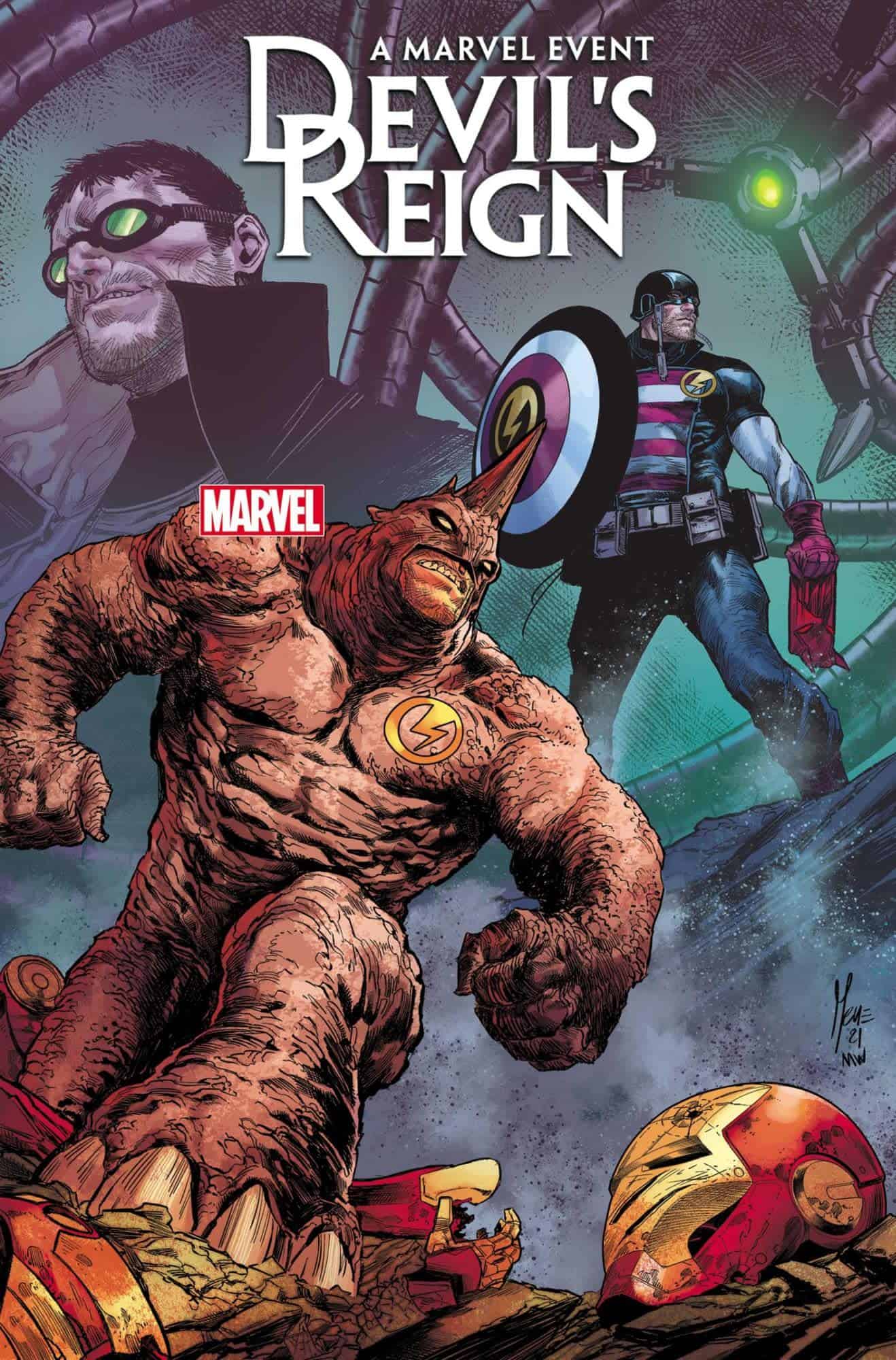 The Kingpin is firmly in control of New York... or is he? What do Dr. Octopus's machinations say about the true nature of Wilson Fisk's authority?

Neither question will matter if Daredevil keeps getting pushed further and further toward the edge...

As it’s continued to unfold, Devil’s Reign has gently segued into being as much about Kingpin’s inner psyche as it has his outlawing of heroes in New York City. In that way, it stands apart from other Marvel “event” comics in two noteworthy ways: a) a villain is slowly being revealed as the protagonist, and b), it’s an internal conflict as much – if not more so – than it is external. That dichotomy makes for extremely interesting reading.

At the heart of any good superhero story is the conflict between “good” and “bad.” And make no mistake, Devil’s Reign is absolutely about Kingpin doing bad things. But in a legal sense, the heroes are also at odds with the law, which makes them “bad” in some circles too, regardless of the relative purity behind those laws’ motives. In a nutshell, it’s an actual nuanced take of the argument from the original Civil War, without the bombast and poor characterization: does being “the law” automatically make something “right?” Who decides what’s “right?” By this metric, Devil’s Reign has, thus far, been a resounding narrative success.

Chip Zdarsky knows exactly what he’s doing. His three-year run on Daredevil has been replete with nuance and deep characterization, with no “side” being particularly “good” or “bad,” and as its extension, Devil’s Reign aligns perfectly with this ethos. But as the end of this issue attests, those lines are about to get a heckuva lot more well-defined.

Wilson Fisk is one of those rare villains with enough layers that he could (and briefly has) carry has own ongoing title. In a lot of ways, Zdarsky’s Daredevil run has been a testament to that fact; his Kingpin is the usual angry and bitter, but by equal measure lonely and vulnerable and steeped in regret. Zdarsky leans into that well this issue, by having Fisk ask himself some deeply introspective questions: “Why can’t I stop doing these things that bring me nothing but anger and sadness?” Has any author ever sought to dive so deeply into the Kingpin’s inner motivations and turmoil? That Zdarsky is willing to ask these tough questions shows he’s on a whole different level than 99% of writers in the game today.

Marco Checchetto and Marcio Menyz continue to be the perfect artistic partners for Zdarsky. Checchetto’s smooth, naturalistic lines are bolstered and amplified by Menyz’ lush coloring, elevating this comic to unheard-of beautiful levels. Artists like these are next-level, and are currently setting the standard for the next successive generation will look at for comics art greatness to come.

Devil's Reign #4 continues this title's greatness, and is a testament to the singular vision of its creative team. Do not miss it!