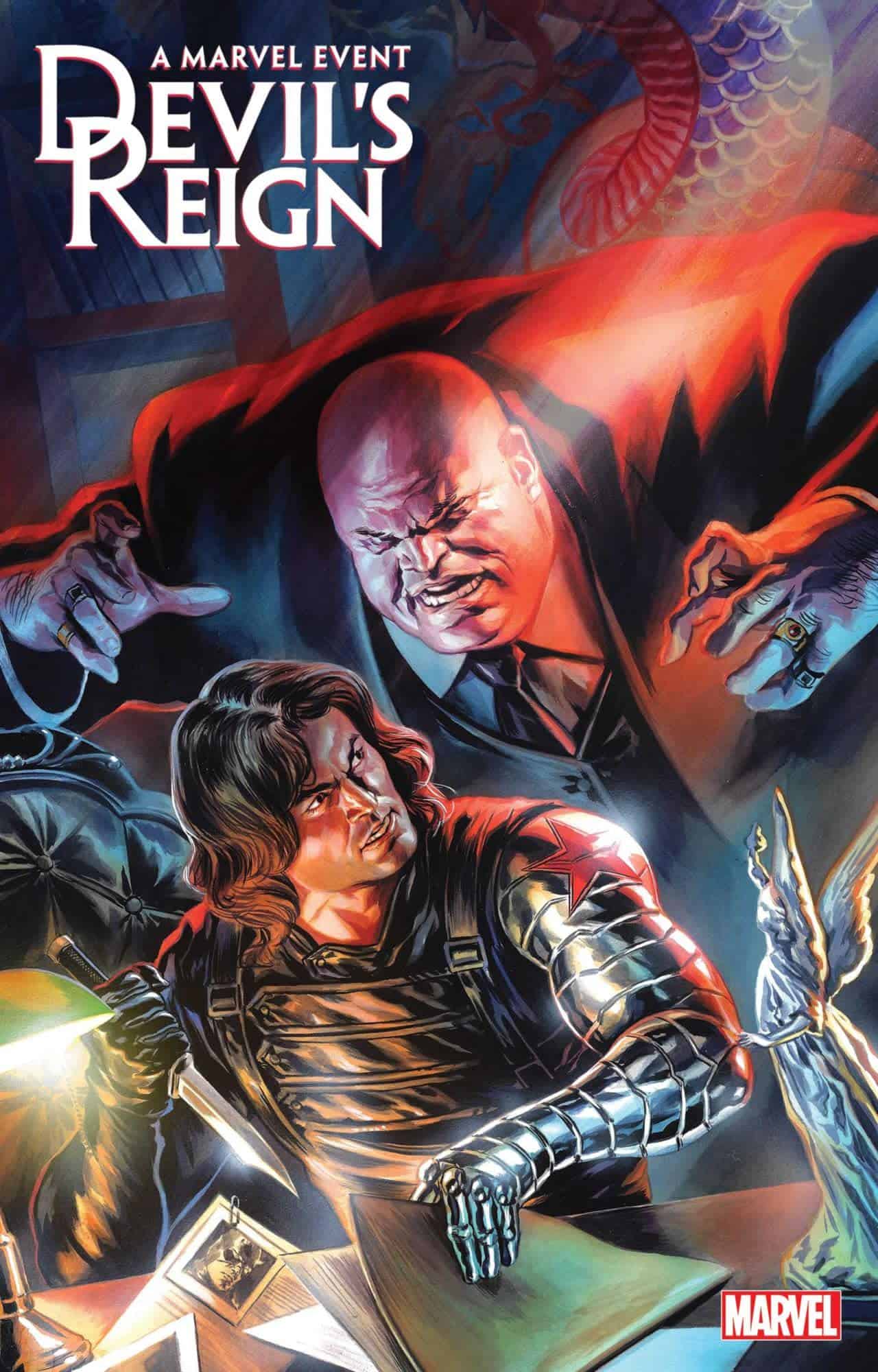 The Kingpin has files on every hero... including Bucky Barnes, the Winter Soldier. What lengths will Bucky to to retrieve this file which contains the unfiltered version of every covert kill op he embarked upon during his days as a brainwashed Russian assassin?

Though less a Devil’s Reign tie-in and more of a set-up for the upcoming Captain America #0, the Devil’s Reign: Winter Soldier one-shot nonetheless crackles with spot-on characterization from Colin Kelly and Jackson Lanzing. Fresh off their character-defining Kang miniseries and currently killing it on Valiant’s Harbinger, the duo are two of comics’ greatest rising stars. Their uncanny knack for character work – specifically, getting to the heart of what makes that character tick in compelling and thoughtful ways – makes them writers who, in a very short amount of time, have become must-buys.

Their ability to, in a mere twenty-two pages, get right to heart of Bucky Barnes’ redemptive path is inspiring, and frankly makes a solid case for the pair to someday write a new Winter Soldier ongoing. They’re part of a whole generation of fans who have come of age in the shadow of the immortal Ed Brubaker’s definitive resurrection of the character in the mid-00s, and have absolutely zero compunctions about weaving into the master’s lane. Bucky’s desperation to gain closure for his past sins feels real and lived-in (even if it is a trifle convenient that during this whole Devil’s Reign mishegas, it just happens to be the Kingpin who has this file and it’s now that Bucky is fighting to retrieve it).

The plot, though, is where this issue falls short of its characterization highs. Bucky’s confrontation with the Kingpin isn’t exactly the stuff of legend due to the circumstances it falls into. Which is unfortunate, because any time a character is given an opportunity to match wits with the Kingpin, that indulgence should be made. I won’t spoil it for you with details, but suffice to say, I was left wanting.

One final word about the art: Nico Leon, currently stepping out in purrfect form in Catwoman, is absolutely an artist to watch. His smooth, economic lines and strong sense of page layout lend themselves to a shadow-drenched, action-packed story like this one – not dissimilar to Eduardo Risso. Leon is an artist who is clearly going places.

If strong, laser-sharp character-first storytelling is your jam, Devil's Reign: Winter Soldier is a must-have whether you're reading the main series or not!