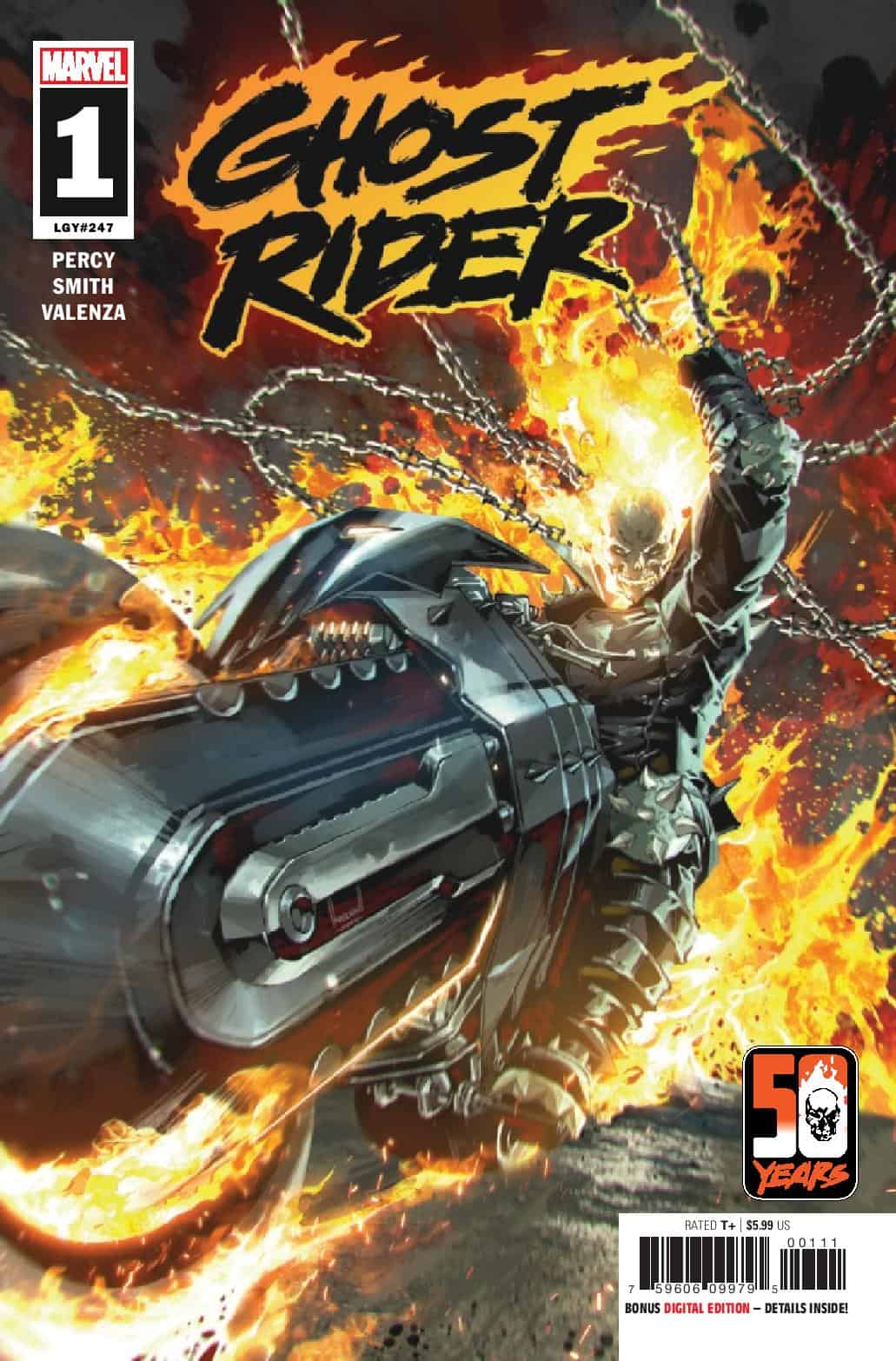 This is the first issue! No preconceived notions!

I’ve read more comics than you have. A lot more (I’m sure of it). But I don’t think I’ve ever been as confused as I was after reading this issue. I went into this book cold, and we’re talking ice cold. I haven’t read Ghost Rider since he was being published under the “Marvel Knights” banner. I haven’t really stayed current on the character at all. So, I was really surprised that author Benjamen Percy’s story in this issue centered on Johnny Blaze (I was under the impression he hasn’t been GR for a really long time) and that it was a debut, or so it seems, for the character. Percy did a really good job of getting me totally invested in this story and then pulled the rug right out from under me, but honestly, I was enjoying it so much that I wasn’t even mad. I’m sure there’s a healthy dose of winks and nods to previous Ghost Rider series and characters, but they were lost on me, and that’s proof positive that this is a good book. Normally in a book like this, the obvious cameos and nostalgia characters distract readers from getting all they can out of the story, but that’s not the case here. For this noob, there was more than enough to keep me engrossed in the story. 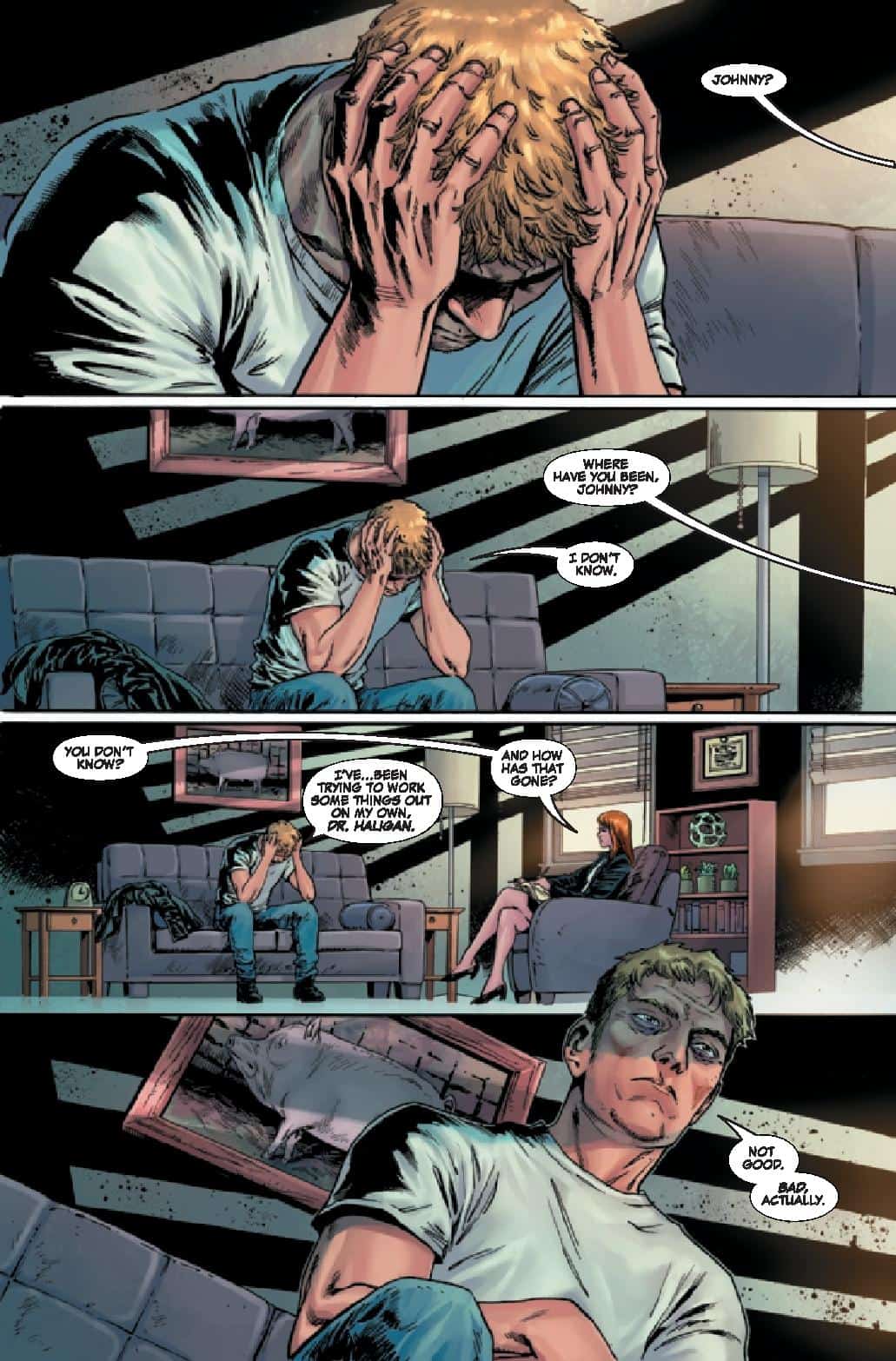 Artist Cory Smith has had a hand in a ton of comics, but I don’t think his art has ever been more comfortable than it is in this comic. Smith draws this book as if it’s been on his bucket list since he started out. I think what liked most about his art is that, while some of the images are on the ghoulish side, he never goes over the top where you can’t stomach looking at the pages. A very well-drawn issue.

An excellent issue, and a very well done first issue. Percy hits where he needs to, and where he doesn't really need to he hits harder. Cory Smith's pages will scare you, but not gross you out. A very entertaining read.