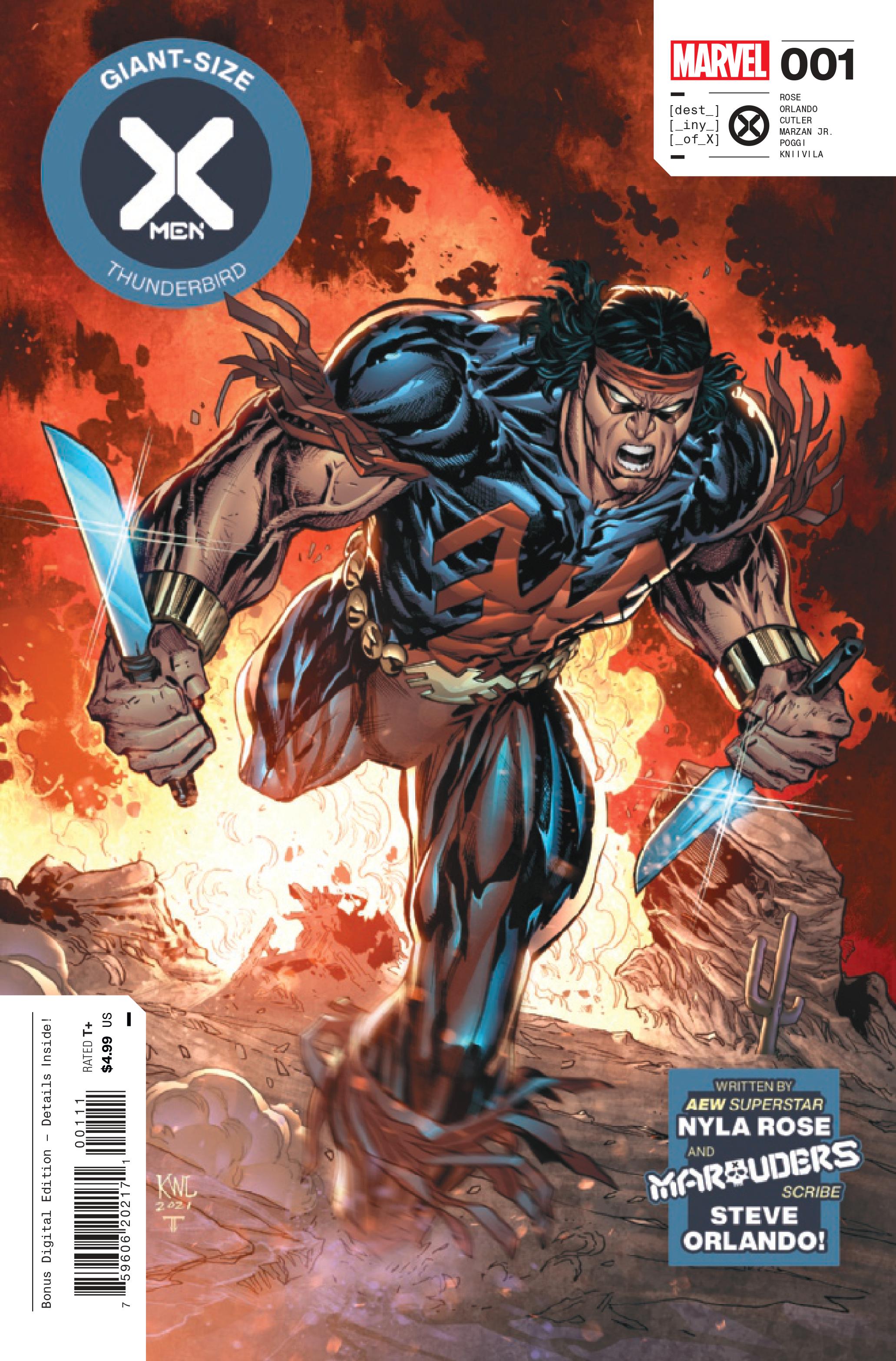 All Elite Wrestling superstar Nyla Rose slams into Krakoa with a back-breaking one-shot featuring the first X-Man to die in action! In this mega-sized one-shot, Rose teams up with comics star Steve Orlando and First Nations artist David Cutler to grapple with the ramifications of Thunderbird’s recent resurrection! The world John Proudstar has returned to is completely different from the one he once knew. Looking to find refuge in the familiar, Thunderbird seeks out someone from his past at an Apache reservation…and uncovers a horrifying threat to the Indigenous mutant community. Will Thunderbird be able to save his people? Or will his justified rage lead him astray?

Giant-Size X-Men: Thunderbird bridges the gap between the resurrection of John Proudstar in the final pages of Trial of Magneto and his appearance in the pages of the current run of X-Men Red. The issue does not only provide insight into the character of Thunderbird and how he stands in relation to the current status quo of Krakoa for mutants, it also delivers a metacommentary on the history of the use and death of Thunderbird and the treatment of Indigenous People in the real world. 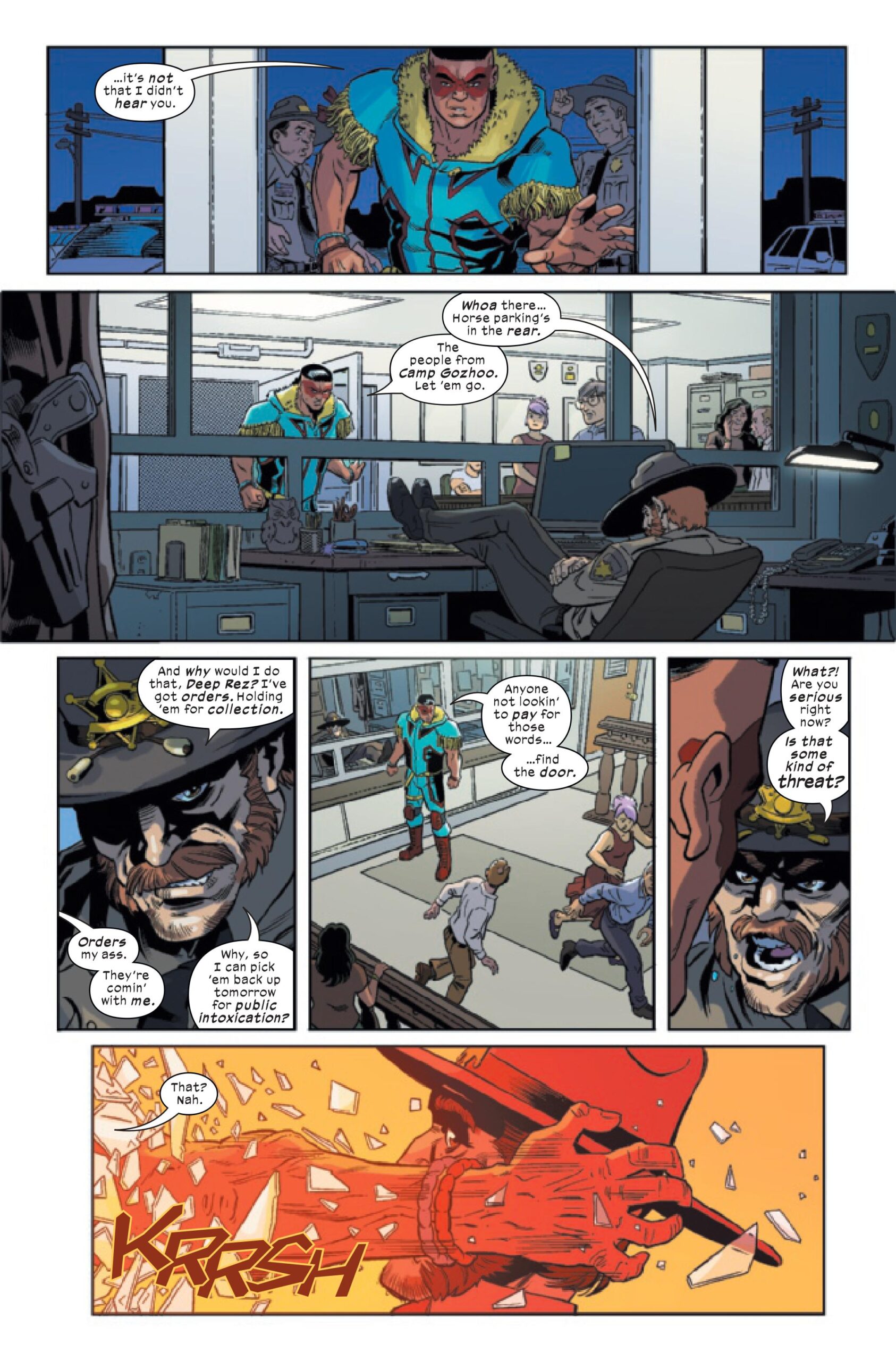 Steve Orlando and Nyla Rose craft a story rooted in the identity of Thunderbird. Thrust into a world years removed from when he died, Thunderbird seeks his remaining family and discovers that people like him, Indigenous or mutant, are viewed as little more than a commodity. The characterization remains true to his limited appearances but adds nuance in the form of his inner reflection on Krakoa and the X-Men. Orlando and Rose utilize the data page to give further insight into Thunderbird, as well as the designing of his new costume. 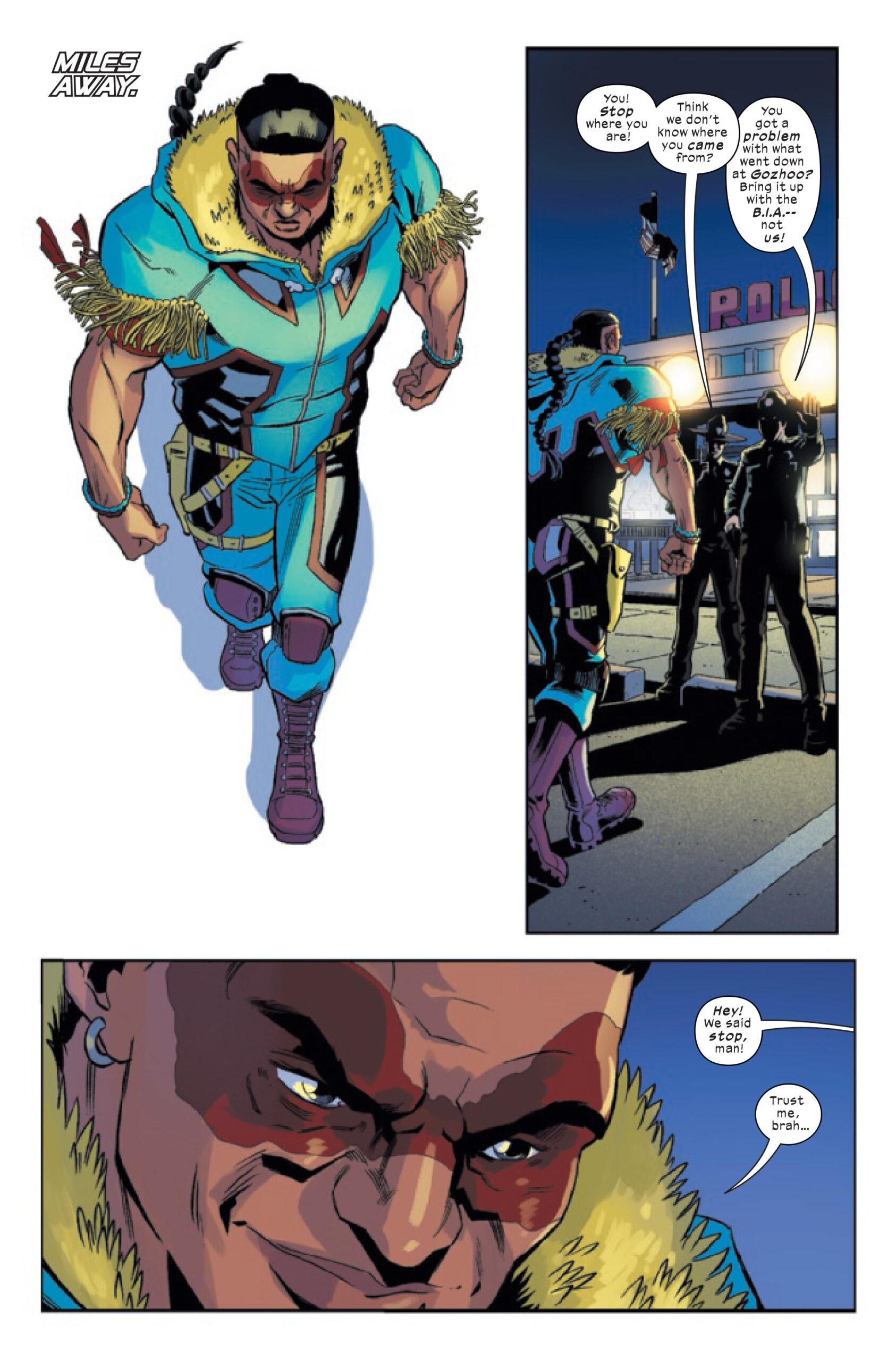 The design of Thunderbird’s costume by David Cutler also does work to develop the character of Thunderbird. With his resurrection, John Proudstar finds himself alongside his younger brother, a man who not only shares his powers but has also worn variants of Thunderbird’s costume and fought under that name as well. The new costume and its meaning is a strong and visible first step in separating the identities of the two Proudstar men. Jose Marzan Jr and Roberto Poggi on inks and Irma Kniivila on colors join Cutler on interior art. The atmospheric setting and dynamic fight scenes serve to smoothly deliver the story.

Giant-Size X-Men: Thunderbird #1 is the kind of story that has been conspicuously rare in the X-Men canon. It treats its title character with respect for all aspects of his identity and the intersectionality where they meet and uses this base to deliver a deep and action-packed issue.