ADVANCED REVIEW! Hulk #1: “Now I Am Become Death, the Destroyer of Worlds” 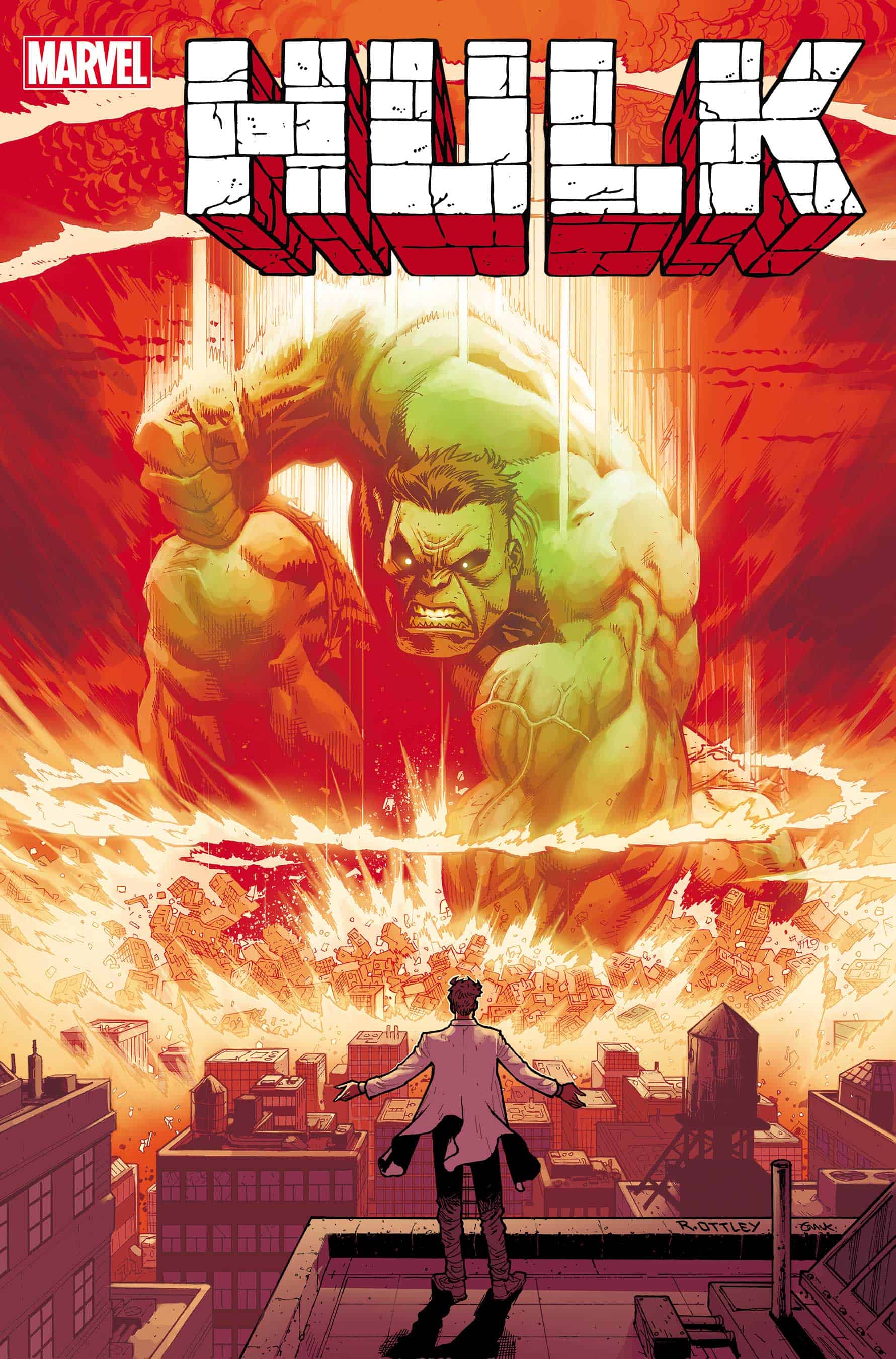 What if... the Hulk exists not as a side effect of Bruce Banner, but to protect us from Bruce Banner?

An epic new era of HULK SMASHING starts now, with Donny Cates and Ryan Ottley at the helm!

How do you follow the Eisner-winning Immortal Hulk? A daunting task for any writer, to be sure. But never let it be said that Donny Cates wasn’t afraid to go big. Currently wrecking the universe over in Thor wasn’t enough – now he has his hands on Marvel’s other strongest one there is, the Green Goliath himself, HULK!

For reference, I’ve been reading Doctor Banner’s adventures for over a quarter-century. Peter David’s run is one of the key touchstones of my entire comics identity, and there has never been a doubt in my mind that it’s the GOAT as far as ol’ Jade Jaws is concerned. Then along came Immortal Hulk, and did something utterly new and unforeseen with Dr. Banner and, well, the rest is history. Mr. David has some competition. Rapturous and well-earned praise was piled on that comic, and woe unto anyone who should follow in its wake. No comic could possibly reach those heights again.

Donny Cates sure isn’t going to be accused of not trying.

Hulk #1 swings for the fences, while simultaneously going big with the gamma-sized action beats. Forget the moody body horror of the previous volume; this Hulk run is outsized and unafraid to go big when it has to while simultaneously positing an entirely new status quo. A fair comparison to the contrast between this run and the previous would be the changing of the guard from Greg Pak’s thoughtful “Planet Hulk” era to Jeph Loeb’s over-the-top cartoon action antics of the Red Hulk.

That’s not to say that Cates’ run should be compared to Loeb’s, exactly. That run was very much interested in walloping readers with OTT action beats oriented around the central mystery of the Red Hulk’s identity. Cates’ take, while sharing some Loeb/McGuinness DNA in terms of the big time action, is more concerned with positioning the Banner/Hulk relationship in a completely new light that hasn’t been done before. One issue in, it’s impossible to say whether or not he’s succeeded, but he’s certainly laid enough fertile ground to have this old-school Hulk-head sufficiently intrigued and ready to know more.

Ryan Ottley was an inspired choice for artist on this book. He can certainly deliver widescreen action (see: literally every issue of Invincible), but I’ve personally felt that he’s been a little hit-or-miss since coming to Marvel, not because he wasn’t trying or the quality was poor, but because he just wasn’t quite on the right project. Buckle in, folks, because Starship Ottley has at last landed on the perfect comic to draw in Hulk. Ottley, as an artist, excels best when he’s able to go BIG, and Cates isn’t shy about giving him that particular milieu to work in. It absolutely does not hurt that Frank Martin’s multi-layered colors make his pencils (and inks) leap right off the page; it is hereby decreed that no colorist working over Ottley shall ever use flats again. Martin’s impact on Ottley’s overall style is next-level stuff, and when you add a seasoned lettering pro like Cory Petit in the mix, Hulk‘s art is absolutely chef’s kiss. (I do have an issue with the ocular look of the Hulk himself, though. He looks like he’s running around in VR goggles – but there is absolutely a story reason behind it, and one that’s incredibly inventive, so I’m willing to let it slide).

All in all, Hulk #1 is a joy of a ride, taking familiar characters and positioning them in new and exciting ways. It’s going to be an absolute blast seeing where Cates, Ottley, and company take this title, because it’s going to be a helluva ride.

Hulk #1 blows the doors off of expectations in a fun and inventive new way, one that doesn't try to repeat what the previous volume did but wisely chooses its own identity instead. Buckle up, this run is gonna be an absolute riot!

ADVANCED REVIEW! Hulk #1: “Now I Am Become Death, the Destroyer of Worlds”