ADVANCED REVIEW! I Hate This Place #1: “It’s All Meant to Be” 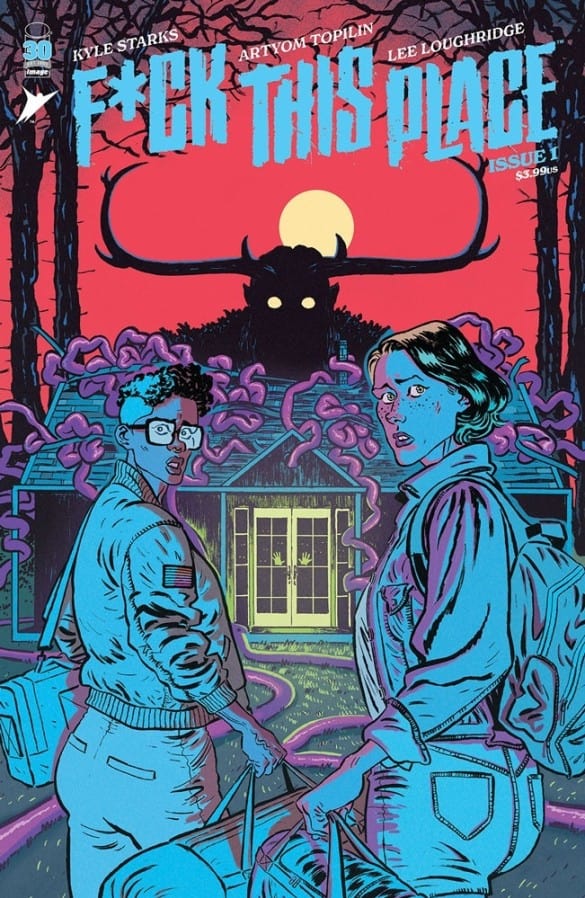 Trudy and Gabby have inherited a ranch, all off and secluded... surrounded by a forest...

What could possibly go wrong?

Kyle Starks may be some kind of genius. The writer and creator of I Hate This Place seems to have an uncanny ability to zero in on situations that are completely bonkers (see: Assassin Nation, Sexcastle, 6 Sidekicks of Trigger Keaton) and could go wrong in about a thousand different directions, but somehow don’t just stick the landing but also manage to hit the emotional sweet spot for its main characters.

Enter Gabby and Trudy, a married couple desperately in love, who couldn’t possibly be more different from one another: Gabby sees the silver lining in everything, and always looks (perhaps with a smidge of naivete) at the bright side; her wife Trudy is a hard pragmatist and was raised in a survivalist/doomsday prepper household. But with Starks’ canny writing, these women and their relationship feel real, lived-in, and completely natural. They don’t feel tropey, or like they’re mere McGuffins for the plot to move forward. Trudy and Gabby are very real people, which is the key to I Hate This Place‘s rousing first issue success: well before the issue’s end, we care about them.

And this is really good, because Starks doesn’t hold back in putting these women through the paces almost right away.

Rutherford Ranch, as inherited by Gabby, is (or at least appears to be) a hot spot for all kinds of phenomena: ghosts, monsters in the woods, UFOs, sasquatches – you name it, it’s likely there. However, there’s a rhyme and reason to it all; Starks isn’t just throwing stuff at the wall to see what sticks. He clearly has a design behind all of the first issue mayhem. There are stakes aplenty right out of the gate, and a palpable fear for our heroines’ safety – particularly when readers turn to the last page. Rutherford Ranch is a place where literally anything can happen, but Starks makes sure to never lose sight of the humanity at the story’s heart. 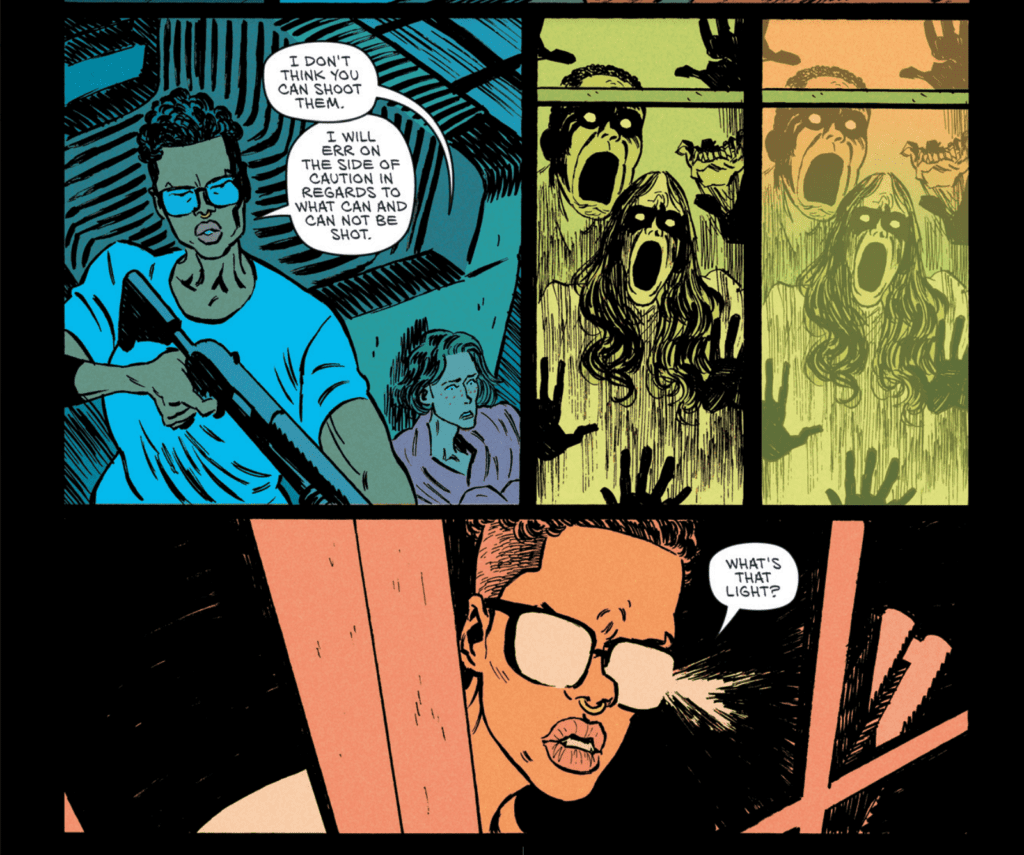 Starks is fortunate enough to be joined by newcomer Artyom Topilin on art, as colored by industry iron man Lee Loughridge and the unstoppable Pat Brosseau on letters. Topilin’s art has a rough, indie-ish feeling to it, leaning heavily into the humanity at the heart of the story. As partner-in-crime to Starks’ story, Topilin is responsible for taking the characters of Gabby and Trudy and making sure Starks’ intent to render them in three-dimensional terms is adequately communicated – and succeeds in spades. Throughout, his use of broad cross-hatched strokes is somewhat reminiscent of Francesco Francavilla, aided with aplomb by his thick, powerful inks. Together, Topilin and Loughridge render the living hell out of any number of spooky scenes like madmen: 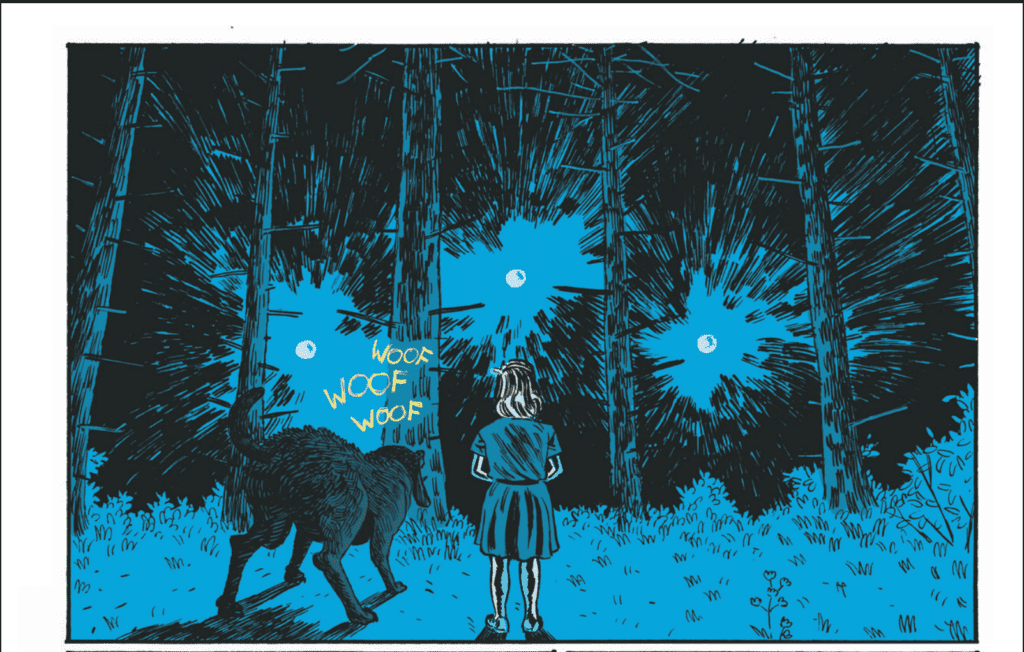 Loughridge’s colors jump right off the page (beautifully-colored comics are a Skybound house specialty), and Brosseau’s hand-rendered old-school lettering stands in noticeable contrast (in a good way) to the majority of computer-generated letters done today. Together, the three artists come together to give I Hate This Place #1 a humane authenticity in its visuals that most other comics fail to grasp as adequately.

ADVANCED REVIEW! I Hate This Place #1: