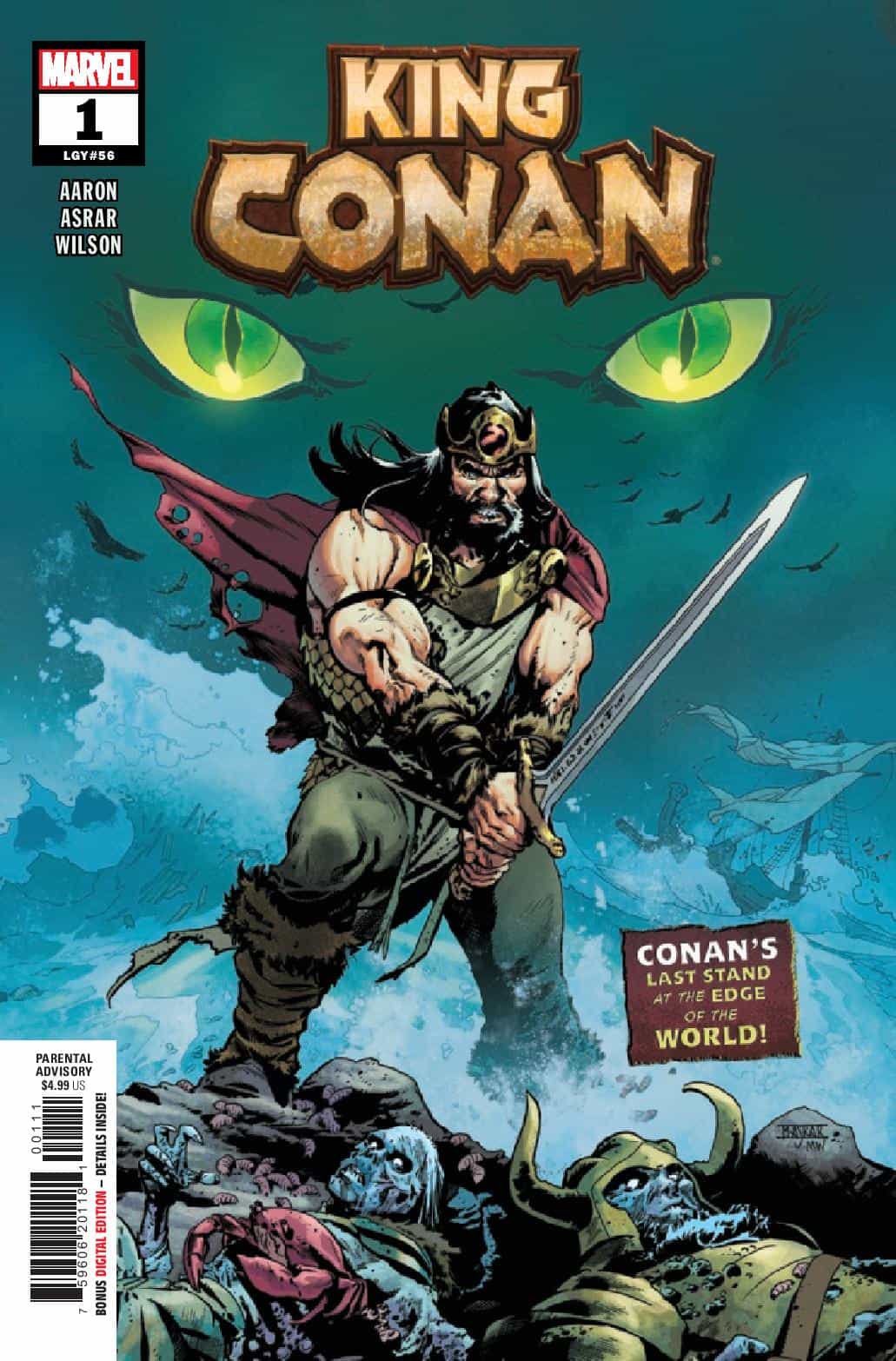 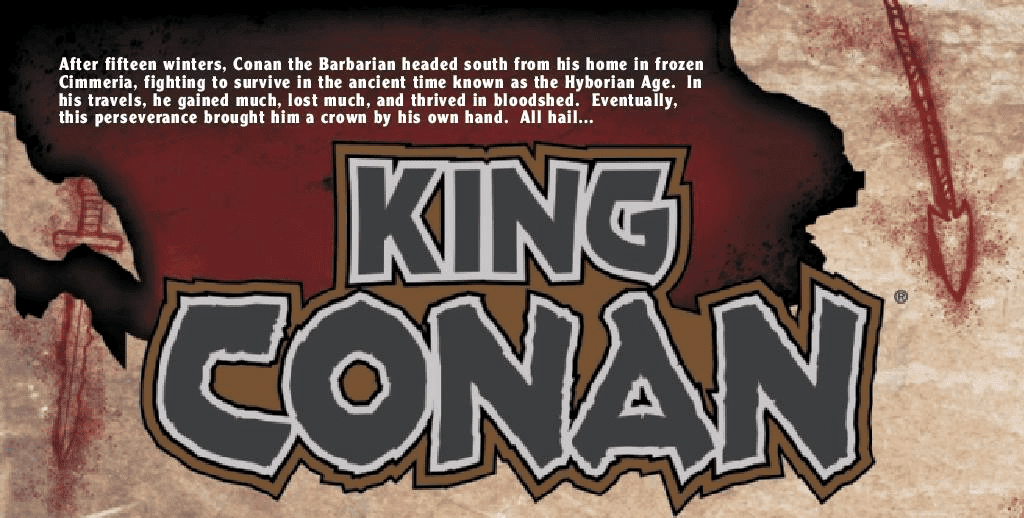 Most people see the title King Conan and automatically think “Old Conan”, and from one point of view, that is accurate. It’s Conan later in life when he became king of Aquilonia. Sure, he was older than he was in his Conan the Barbarian adventures, but we’re not talking about his 50’s or 60’s, we’re probably talking about his late 20s/early 30s. Author Jason Aaron acknowledges this fact pretty quickly and that’s probably one of the best things that he does for the audience of this book because let’s face it: beards make people look older. Take this with a grain of salt, because it’s coming from a guy who doesn’t have ONE hair anywhere on his head. Aaron sets up very quickly just where Conan is in his life when the adventure begins, and the adventure takes place in a very unique place for a Conan story. It’s also a really unique Conan story in general. Aaron matures his adventures as he matures and that only makes sense, nobody goes through the same stuff in their 40s that they did in their 20s. The story here is so crisp, so tight that it practically snaps with every page. There’s no wasted motion, no wasted dialogue, and everything means something. It’s not the same heavy-handed, dialogue-heavy Conan adventure that you’re used to. It’s a quick-paced, action-heavy adventure that takes the reader on a really fun journey. 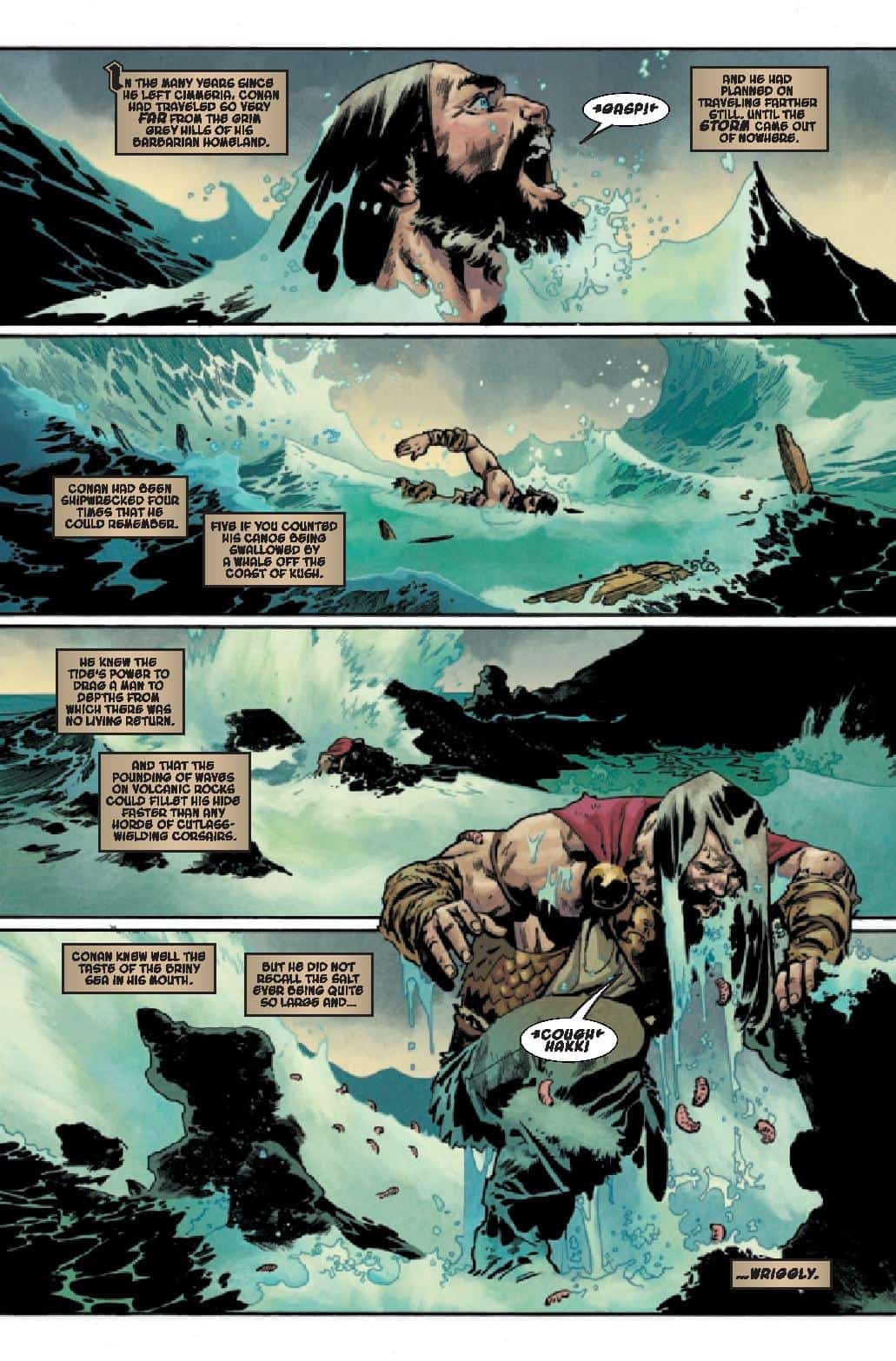 Artist Mahmud Asrar is a great artist, who specializes in art where he makes everything look like he spent three days painting it. Gorgeous is an understatement. He especially excels at his scenery, but overall everything is top-notch. There’s just about every element that you could find in a comic book in this story: action, disaster, magic, realism, and fantasy and he hits the bullseye on every single one. They really don’t come better than Asrar and he fits this book like a glove.

A great start to what I believe will be a very entertaining series. An edge-of-your-seat nail-biter, I guarantee that you'll be reading this issue a couple of times before the next one drops.