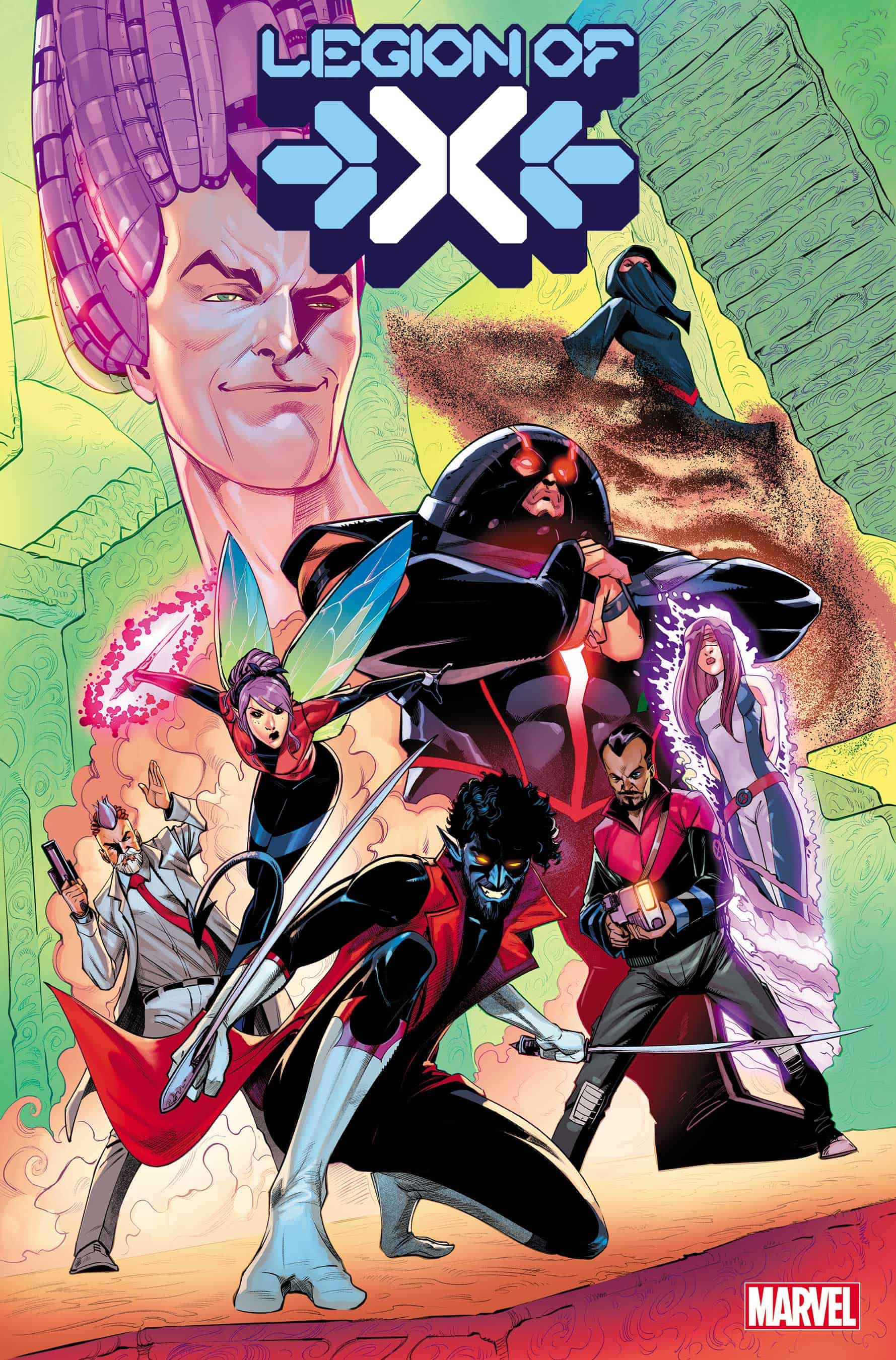 In this issue, we meet the Legionaries, as well as a lawful-good godkiller, a skinjacker, a possible villain, and some himguy whose name I can't quite remember.

This was a strong start to what will prove to be, I have no doubt, a very interesting series— always assuming that it isn’t cancelled after four or five issues. Si Spurrier is very good at writing the characters he loves (Legion, Dr. Nemesis) and those he created (Mother Love, Zsen, Lost), but he has difficulty with several others, and that does tarnish his glory a little bit.

Unfortunately, the character that he can’t seem to get quite right is Nightcrawler. That’s not great, for the person who is ostensibly the central character of the book. In Spurrier’s hands, Kurt is reduced to a stuttering, uncertain fool that none of the other characters could possibly take seriously. It’s difficult to see a character for whom faith has always been a sustaining pillar stutteringly hand-wave away his Catholicism. In Way of X, Kurt’s moral uncertainty and generally unmoored questioning was annoying, but it was an essential part of his arc. Here, it’s both unnecessary to the story and a major disservice to the character as he has been written over the past five decades.

Aside from that rather painful lapse, this book is deeply interesting. The idea that the Arakki are seeking out a god worthy of their attention is fascinating. Legion’s Altar is a remarkable bubble world, brimming with conceptual potential, and his stored alternate personalities might as well be labeled “Future Chekhov’s Guns.”

Other nice moments included Juggernaut’s latest attempt at redemption, Xavier’s inflexible, unforgiving immorality, Blindfold’s reappearance (and her decision to revamp her powers via unconventional means) and the long-awaited return of Forget-Me-Not — a character who has finally been granted an actual name!

Jan Bazaldua’s art is fun and fluid; detailed enough to be visually engaging, but clear and uncluttered enough to tell a coherent and beautiful story. I especially love the character designs for the new Arakki we’re introduced to in this book. Federico Blee’s color work adds a hallucinatory sense of trippy unreality to the scenes set in the Altar and a gritty realism to the dusty Arraki arena. In the hands of these artists, this book blossoms.

Aside from a few sour notes, this book contains a great deal of fun, action and philosophical depth. I cannot wait to see what happens next.

This is a very strong start to what promises to be a remarkable series. Aside from a few sour notes, this book contains a great deal of fun, action and philosophical depth. I cannot wait to see what happens next.