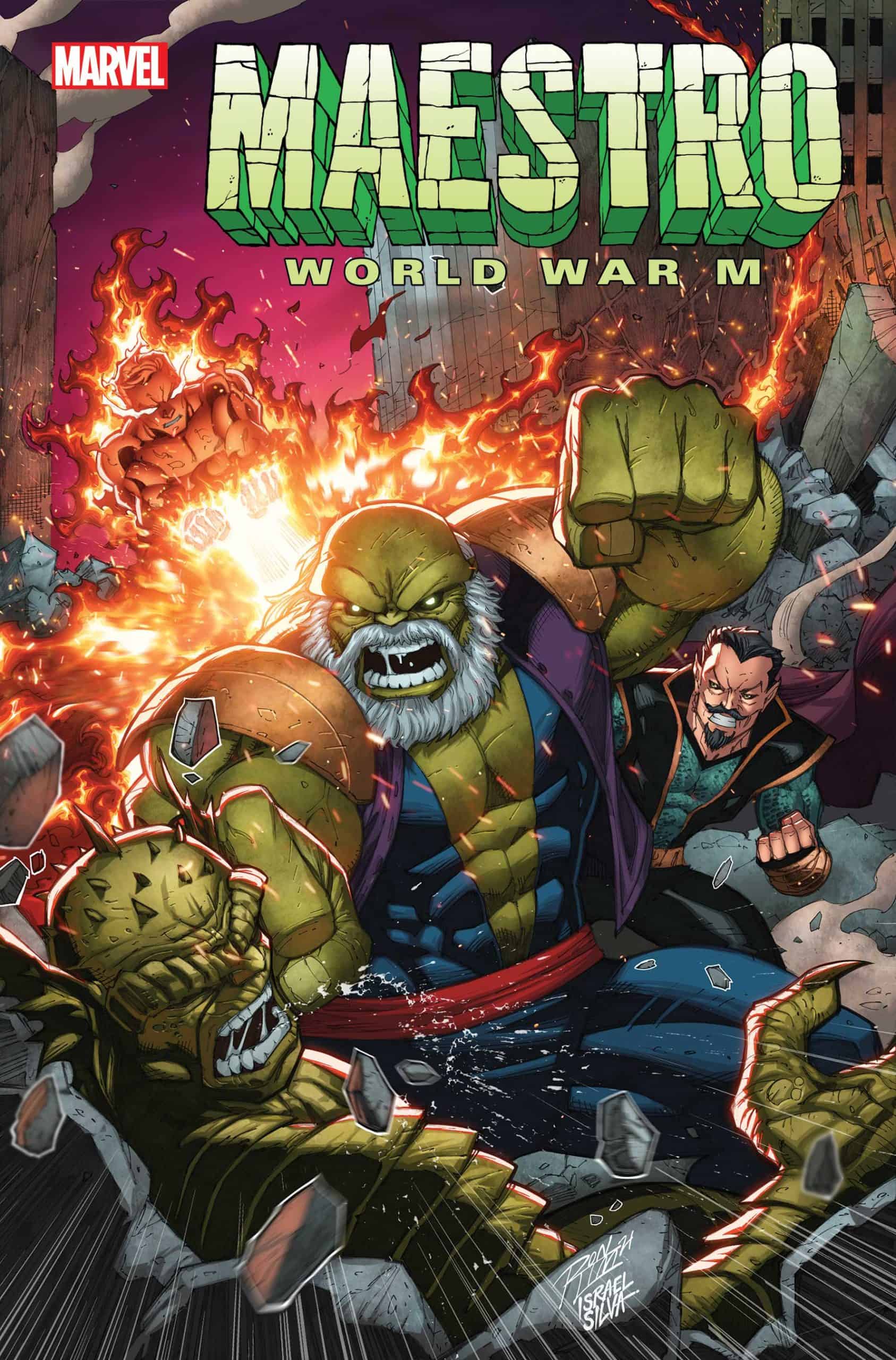 Years after that, he arose from cryogenic suspension, and saw that mankind had destroyed the world.

Now, he's preparing to consolidate his grip on power by launching the final war against his foes. This is... WORLD WAR M.

Boats and water. Rum and Coke. Cats and knocking things off of counters. Peter David and the Hulk.

Some things are just meant to go together.

For the almost-quarter-century since its somber conclusion, David’s Incredible Hulk run has been considered the gold standard for the character. The defining vision, the one to beat. It’s the run that all others are measured against, and with good reason: David and his various artist collaborators (including Todd McFarlane, Liam Sharpe, Gary Frank, and Dale Keown, just to name a few) took everything we’d known about ol’ Jade Jaws up until that point and codified it into something new. There was Hulk before Peter David (loud, angry, dumb, smashing stuff), and Hulk after (complex, nuanced, an ongoing multilevel psychodrama). The pinnacle of his run, his Future Imperfect collaboration with George Perez, is a must-read for any comics lover.

Now, Marvel has commissioned David to craft a trilogy of miniseries chronicling how Hulk became Maestro, his brutal, autocratic future self. The first two miniseries, Maestro and Maestro: War & Pax, served as the opening salvoes. Now, with World War M, David brings his trilogy to its searing conclusion.

Maestro, as a character, is one of comics’ purest distillation of the authoritarian ideology. Even Doctor Doom as a sense of honor behind his dictatorship, warped though it is. Maestro’s modus operandi is, bluntly, “I’m in charge, and f— you if you think any different.” Boom, smash, problem solved.

World War M opens with Maestro content that he’s running the show more or less unopposed. Dr. Doom has been crippled, AIM was definitively dealt with, any remaining superheroes are long dead, and Janis Jones’ underground resistance is disorganized and flailing. But beyond even his vast scope, a final war is brewing: Namor, (having regally aged quite well), has accidentally awoken the Abomination from his own cryogenic slumber, and now has an ace in the hole as he prepares his Atlantean armies to amass against Maestro. Meanwhile, a broken Doctor Doom schemes in Latveria, discontent to allow his humiliation at the end of War & Pax go unanswered…

Throughout the issue, there’s a heavy mood hanging over everything, a tension, like the scene is holding its breath and waiting to exhale at the last possible moment. There’s a surprise return 3/4 through the issue that is a pretty deliberate bait-and-switch on David’s part, an opening maneuver before the big fireworks hit in issues to come as Namor and Abomination come to final blows with the man formerly known as Bruce Banner. It’s brilliant storytelling: there’s a sense that everything Peter David has had to say about the hulk in the thirty-five years since his epic run began has come to this, the final missing piece of the puzzle (and hey, tip of the hat to the Minister’s true name being revealed at last – it’s important to understanding his motivations). It’s a beautiful thing to behold, to see a creator (any creator) so assured in their craft.

The art side pulls zero punches, either. Pasqual Ferry and Matt Hollingsworth grace the lush opening sequence, and then heavyweights German Peralta and Jesus Aburtov bring a gritty texture to the following sequences There’s a good reason for the splitting the issue artistically, and the pencillers play off of each other wonderfully despite their distinctly different styles.  My one complaint is that neither of them did the cover, and instead Carlos Pacheco was brought in for… reasons? The cover isn’t bad by any means, but can’t hold a candle to Ferry or Peralta’s efforts in this instance. But that’s a minor complaint. This is a flawless comic on all fronts, and should be celebrated as such.

Maestro: World War M #1 reads like a perfect capstone to mark 35 years since Peter David's character-defining Hulk run began. Do. Not. Miss it.