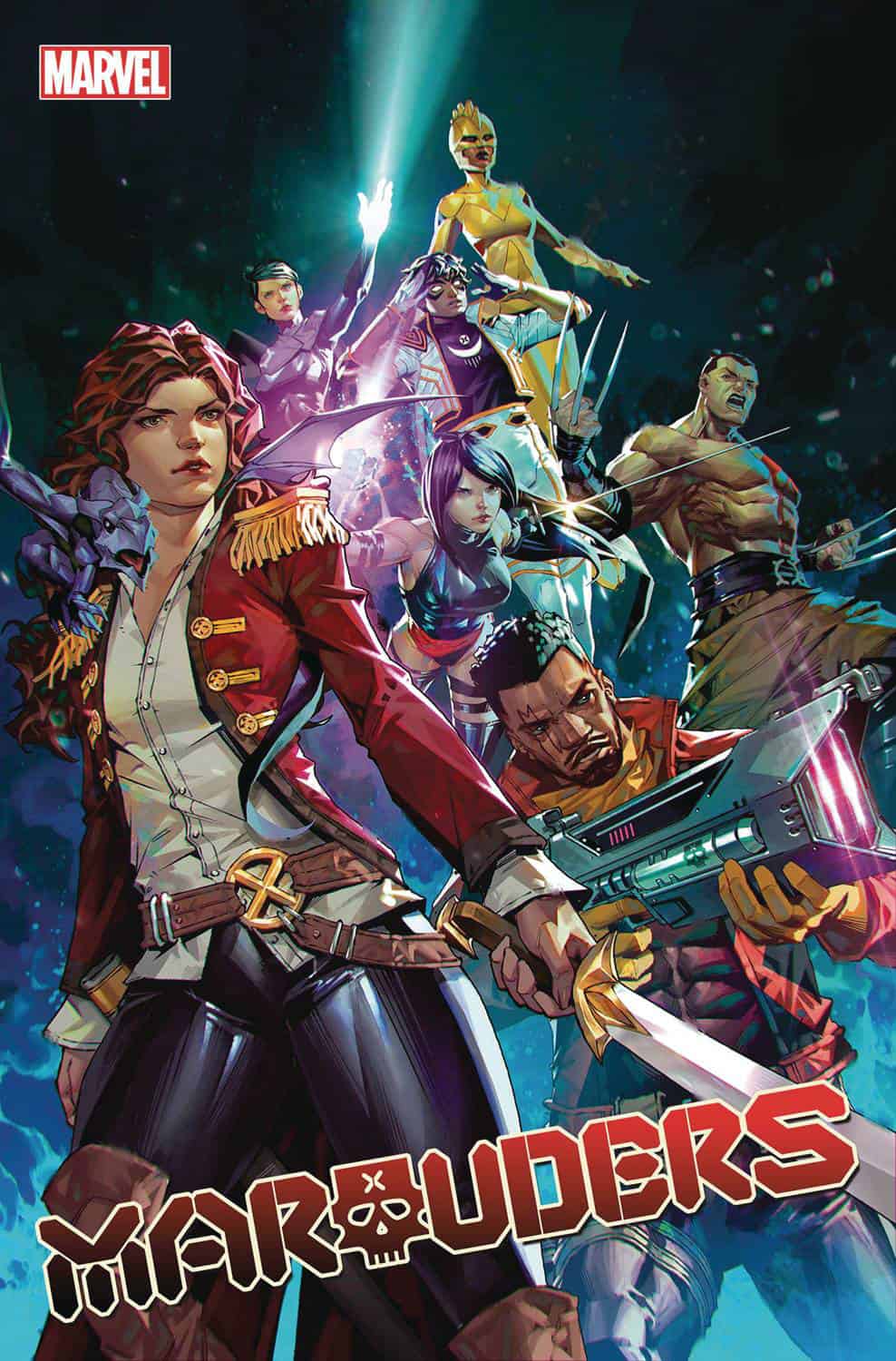 While Kate is seeking out the final member of her new crew, the Shi'ar empire is undergoing a very dangerous shift in the status quo.

This series is off to a tremendous start. It’s difficult to talk about a story that covers so much ground, at least without giving away any spoilers, but there’s more than enough material here to comment on in one way or another. This issue is laying the groundwork for a grand narrative, one that will take us billions of years into the past, into galaxies far, far away, and down into the turgid guts of Krakoa itself.

It’s amazing how much heft there is to the individual voices of these characters — from Kate’s confidence to Bishop’s tremendous experience and fierce loyalty (primarily expressed through the use of an epistle secreted in the center of the story), all the way through to Cassandra Nova’s hideous, complex monstrosity.

When it comes to that last point, it was nice to see that Jean’s intervention in X-Men: Red had some lasting effect— even if it wasn’t quite what she intended when she taught Cassandra the meaning of compassion.

There’s almost too much of a good thing in this book, when it comes to the art. Elenora Carlini’s line work is detailed and complex. It’s a bit troubling that every female character (aside from Cassandra Nova) has an almost identical face — an anime pout that is only differentiable, one from the other, because of whichever hairstyle the lady in question is sporting, but there’s so much emotional expressiveness on display that I can overlook that flaw. Carlini delights in details, it doesn’t matter whether those are found in the hull of a spaceship or the glistening sheen on a lump of excised viscera.

Matt Milla’s color work was vivid (at points, almost excruciatingly so) but it perfectly fit Carlini’s style of art. I think that if I were reading more than 36 pages of this work at a go, I’d need to take a break from the sensory overload, but that’s hardly a bad thing. The level of talent on display in this book is frankly astonishing, and that’s just the way I like it.

The level of talent on display in this book is occasionally overwhelming, often frankly astonishing, and that's just the way I like it.