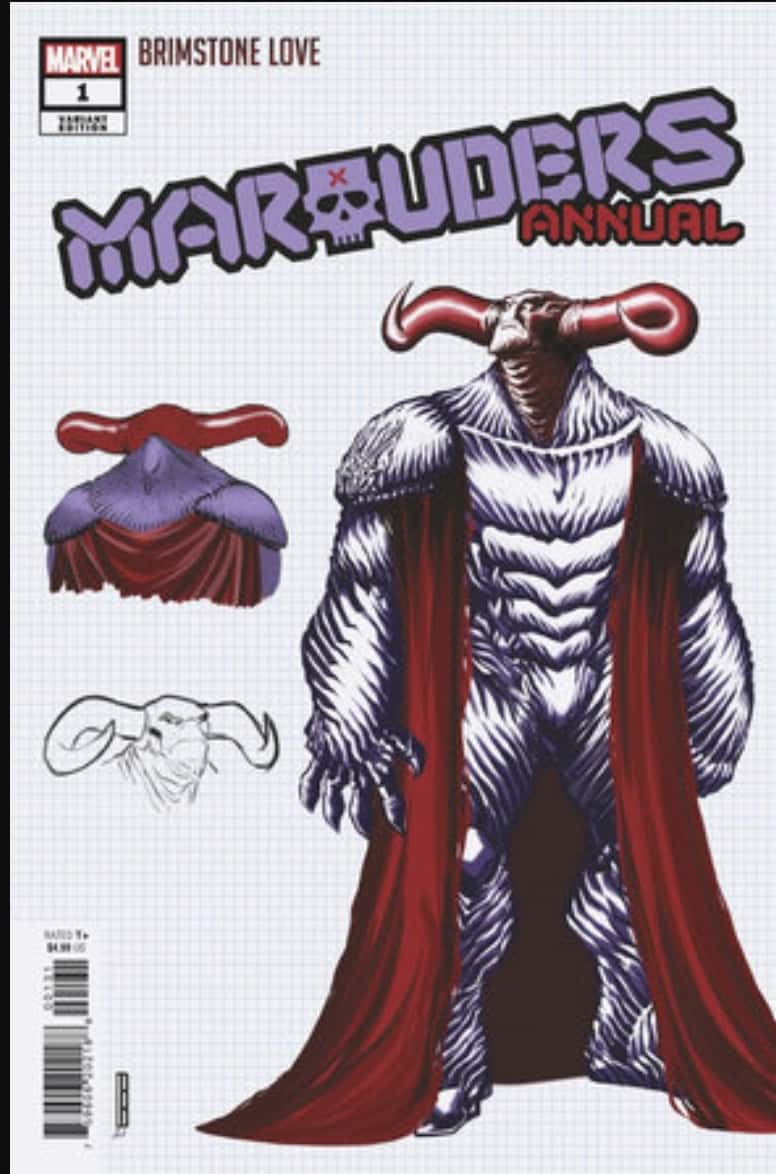 While Daken is on the trail of the person who filled a pit with mutant bones, Captain Kate is seeking out a new crew.

Steve Orlando’s introductory Marauders issue was a hell of a lot of fun. It’s good to see another member of the LGBTQIA+ community writing a book that focuses on LGBTQIA+ characters, and it was heartening to see that writer handle those characters so exceedingly well. As a bisexual non-binary person, I’m excited to see this crew being gay and doing crimes.

I’m not going to lie, I was heartbroken when X-Factor ended. Leah Williams is a treasure, and she’s received a lot of hate for her work. Most of that hate was based in misogyny. There’s no way to soften that statement. It was misogyny. I’m disappointed that she isn’t chronicling the stories of Daken, Aurora, Prestige, and Eye-Boy any longer, but I’m very happy that the first two, at least, have landed in such good hands. I’m also interested in seeing how Orlando’s work is going to be received in contrast with Leah’s. She received death threats for doing what Orlando is doing right now. I wouldn’t be surprised if his exploration of minority characters gets better reviews than hers, despite great thematic overlap, solely because it’s so easy for straight cis white dudes to shit all over the work of queer women. Queer men are still discriminated against, that’s unquestionably true, but queer women experience more physical and psychological danger.

But I digress. I’m supposed to be reviewing this issue. There was a lot of action, and an equal amount of plot, jammed into this issue. Orlando covered both Kate’s attempt to find a crew and the new team’s first major battle. This story is thirty-six pages long, but it slides by as beautifully and smoothly as silk. There’s a perfect balance between characters (Tempo gets more character development in one page than she has in her entire history. Also, ouch, watching her girlfriend dump her was rough) and the fights are replete with both satisfying action and sharp sociological perspectives.

Crees Lee’s art was sharper and more informed by manga than the art that has previously brought this book to life, but it was perfect for the narrative techniques on display. And it was interesting to see different styles of shots and scene layout. My one real criticism is that all the women seem to have the exact same face. Their hairstyles and costuming differentiate them, but this facial sameness is a bit distracting during close-up scenes. Rain Beredo’s colors were dark, but beautifully rendered. This book was definitely easy on the eyes. Thanks to the efforts of the artists, it was a pleasure to look at, as well as to read.

The Marauders are setting sail into a new era! Meet the crew, watch the battles. Become enraptured with Captain Kate as she gets gayer and does crimes! This book is quite the ride.