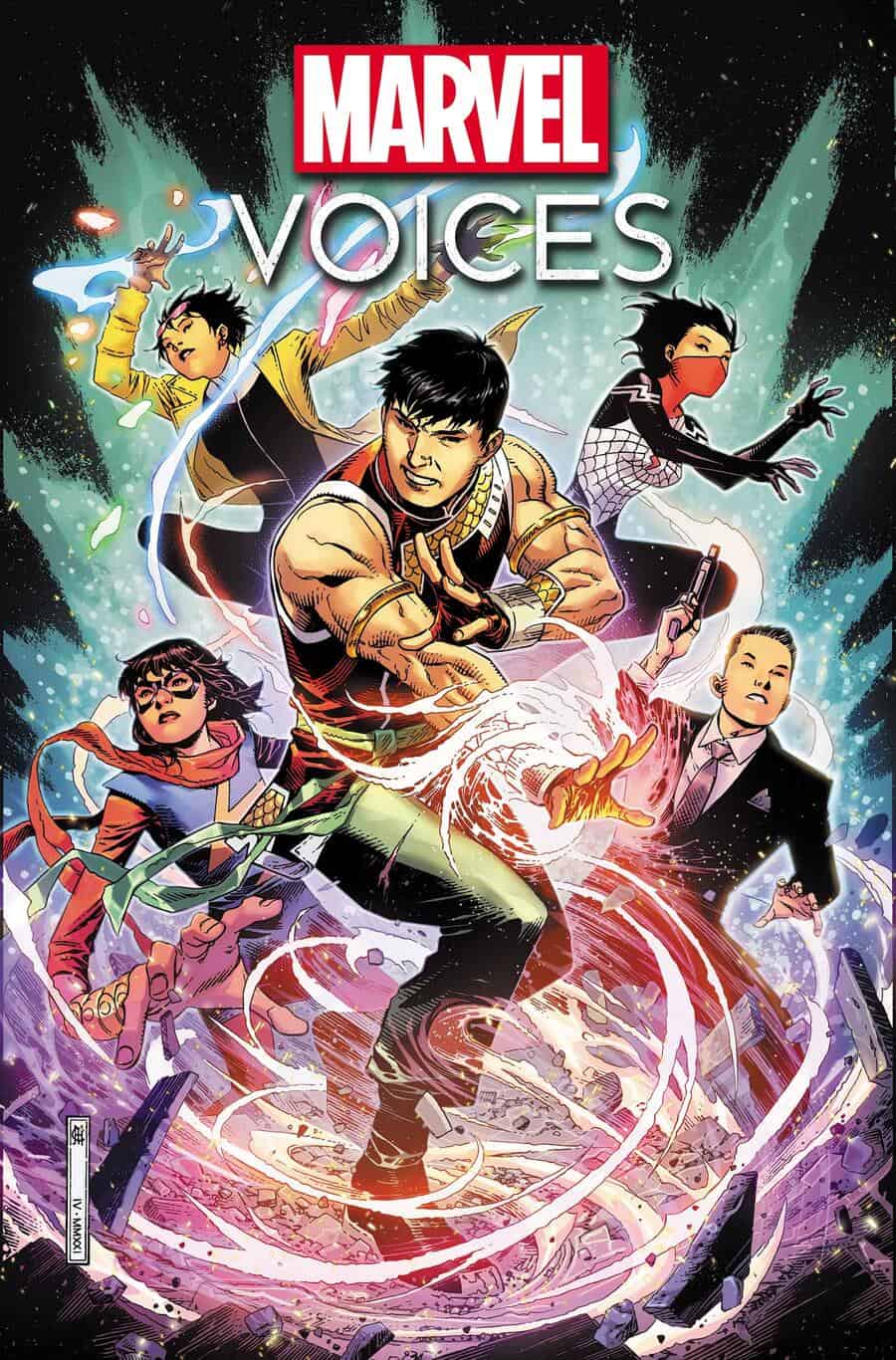 CELEBRATING THE GREATEST ASIAN SUPER HEROES AND CREATORS FROM ACROSS THE MARVEL UNIVERSE! Some of the best Asian super heroes in comics are getting the spotlight in this special action-packed and heartfelt issue! Shang-Chi! Ms. Marvel! Jubilee! Silk! Jimmy Woo! Come celebrate these amazing and legendary heroes from new and established Asian creators that will surely expand “the world outside your window!” Plus: Be prepared for some big and special surprises that can only be told in the Mighty Marvel Manner!

In “Seeing Red,” we see a deeply personal story about Ms. Marvel written by Sabir Pirzada, where Kamala is forced to confront the question that is faced by so many kids of the diaspora.

As a first generation South Asian immigrant myself, I could instantly relate to Kamala’s concerns and unease. The concern that we can never be enough, in Kamala’s case, even though she sees herself as Pakistani, she also sees herself as an American. As a Pakistani American, she is faced with the fact that she may never be seem as Pakistani enough in Pakistan, or American enough in America. And that feeling is one which deeply resonated with me.

Pirzada, in this short story, minces no words. After Ms. Marvel and the Red Dagger deal with The Khushkati, a name that literally translated to “the Nuance,” they have a conversation where Kareem challenges Kamala and her identity, calling her a “self-hating Pakistani” because she does not feel like she fully belongs in Pakistan. That doubt is reinforced when she comes back home, and her mother tells her how “people can tell [she’s] not from here” when she is out in the market.

Pirzada and Mashal Ahmed brilliantly capture that fear and the hurt that one faces after they are rejected by the very people who one looked towards to gain a sense of community, a sense of belonging. It is one thing to have those fears and doubts yourself, but to have those be reinforced by the people you trust, that is what crushes you.

"Seeing Red" is short and succinct. It brings to the forefront the question of one’s identity, and how that can be shaped by those around us. It is a story which resonated with me deeply, and I am sure that others will be able to see themselves in Kamala too.