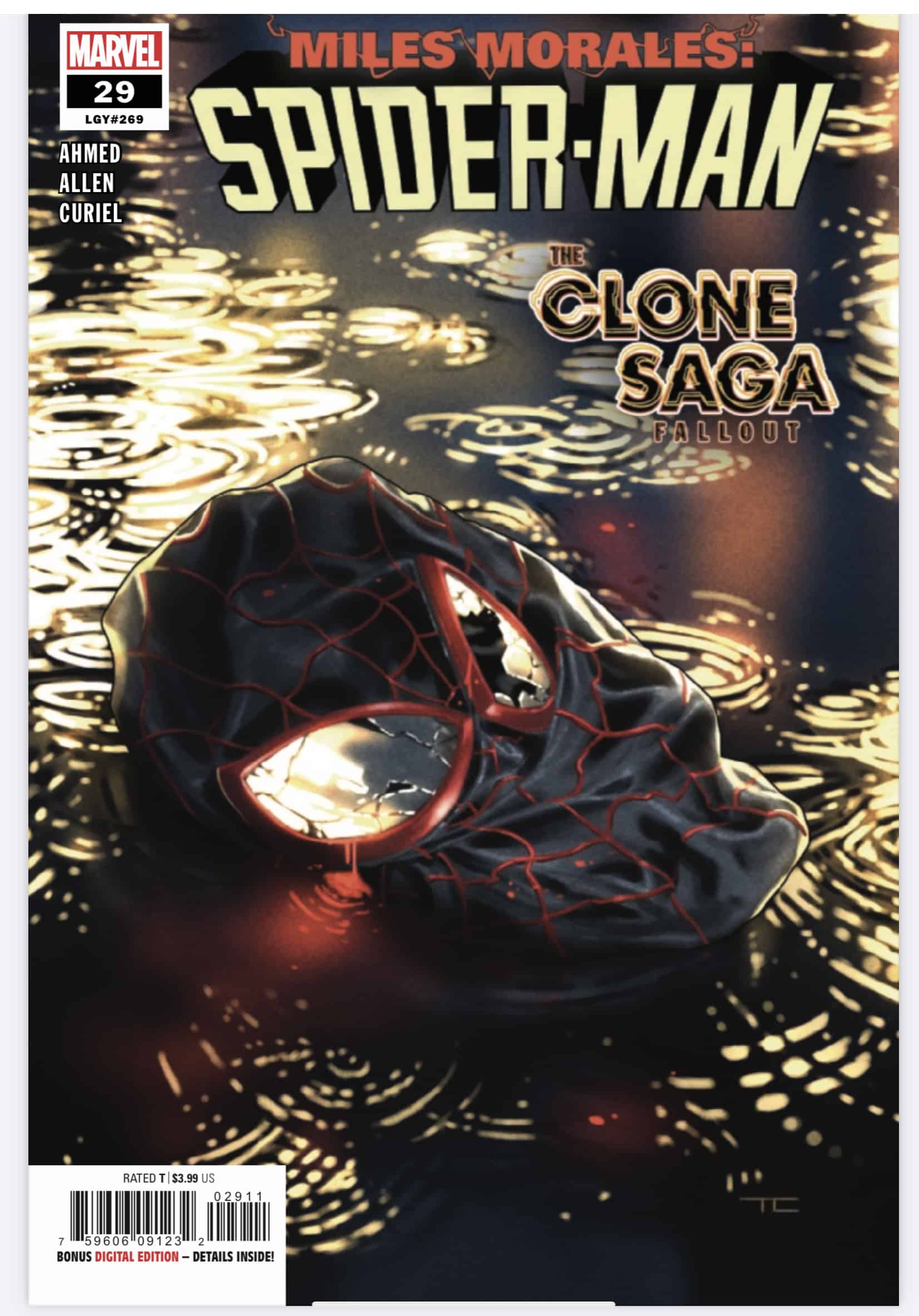 “The Clone Saga” is over, but it leaves Miles and the people he loves permanently changed. You may think we’re joking or blowing it out of proportion, but I promise you, we are not.

There is not much character development here, though.  We do see that we may have Shift as a supporting character longer than expected.  We also get some good character beats highlighting Miles’ overall character.  There is an interesting exchange between him an a civilian which opens some eyes about the superhero community and how the public see them.

The art here is great as usual.  The details are crisp, especially when showing the damage to Miles’ suit and why it is necessary for him to get a new one.  I believe the new look is very organic with the story and is a stark departure from the normal superhero suit and – BONUS! – is a call back to Ben Reilly’s Scarlet Spider costume.  We also get an unusual look at Shift out of costume. We see how deformed he is and I like that the characters who are working with him do not shy from him and his appearance. There is not mention of his appearance, only his artistic talent.  I absolutely love the details in the panels even down to the rich backgrounds.  There are very few panels without background and those panels highlight the character depicted in them.

This is a great cool-down issue and we are left with no idea what is next for our wall crawling hero. Only that he has a new suit and a new supporting character.