Advanced Review: Mindset #1: The Will of One 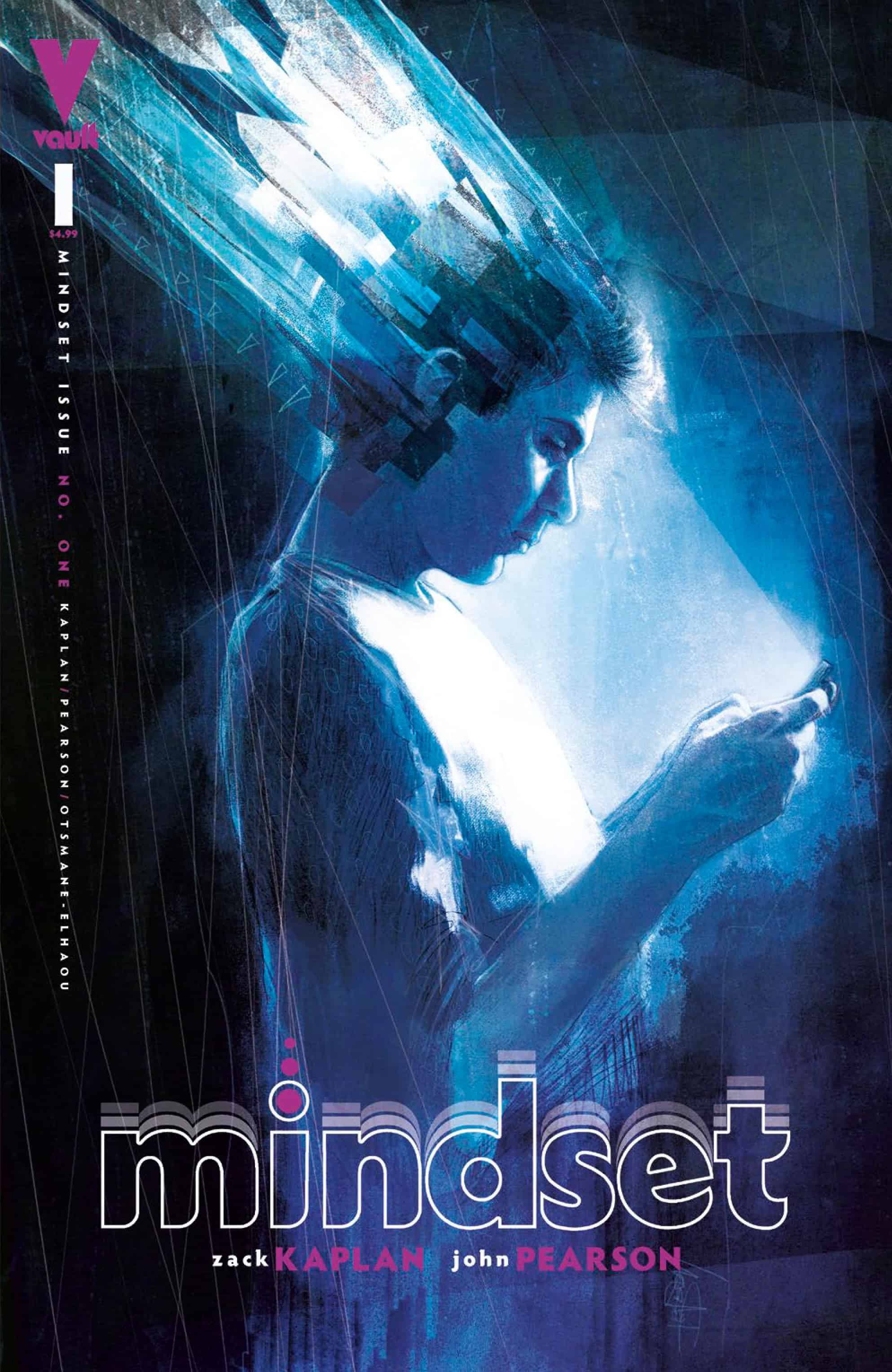 When an introverted tech geek accidentally discovers mind control, he and his friends do something unexpected - they put the science into an app to help users break their technology addiction. But as their Mindset app achieves a dangerous cult following, lies, conspiracies, and murder come to light. Are they helping people or controlling them?

A key component of speculative fiction is taking a central question or idea and following the natural conclusions of that conceit. A story like H.G. Wells’s The Time Machine explores the implications of time travel, while Buffy the Vampire Slayer ponders what if the cheerleader also had the weight of the world on their shoulders, and had to fight vampires? That jumping point of a central conceit allows for a story to say something about today, using the veneer of genre conventions to make it engaging and explore the branching realities from a fixed point. Good speculative fiction doesn’t have to encompass all possible conclusions from its core but instead uses the most natural results to say something about the world.

Mindset #1, written by Zack Kaplan, with art and coloring from John Pearson, and lettering from Hassan Otsmane-Elhaou, is a piece of speculative fiction with something to say about technology and free will. From page one, the issue feels like a stunning combination of The Graduate and Leigh Whannell’s Upgrade, blending the ethical implications of revolutionary technology with a murder mystery rooted in that same tech. The issue opens with Ben Sharp being questioned by police for a murder of a key investor on the night of his app reaching a billion subscribers, and then quickly reversing the clock. Ben recounts the events that led to the creation of the app, which includes failing a major pitch for an app that explains how social media and other data operate as a form of brainwashing that alters the perception of users.

The story then progresses to Ben completing a quick lab experiment to pass his final class and move on from school, partnering with a T.A. and a couple of students on their way to a VR party. It’s during the experience that Ben realizes he can use a combination of light and sound to trigger the brainwashing process, and quickly moves to prove the theory. The issue caps off with proof of brainwashing, and the first bit of information Ben reveals to the cops suddenly clicks into place. It’s possible to control a person through a few stimuli, and the question closing the issue is clear; when is a person not in control of their actions?

Kaplan’s script is tense and moves quickly, not bogging itself down by exposition about the technical details or rules of the world. It shows Kaplan’s skills to work both elements without veering into textbook or technical manual territory. Like good UI design for an app, it gives clear, distinct information in a visually pleasing way. By also subtly guiding the reader, the book employs a type of mind control described in the issue and is reminiscent of Stephen King’s interpretation of how writing is a form of telepathy. The issue blends a framing device that mirrors a mystery story structure, starting with a murder and then revealing the events that lead to the act. That alone is enough for most film noirs and paperback mystery novels to build intrigue and control the story, but Kaplan pairs it with a narrator that becomes more unreliable as the issue progresses. With the core concept of the book dealing with brainwashing, it’s not difficult for doubt to creep in as Ben provides more details to the police and as his internal thoughts become more scattered.

In the context of inventing an app that allows for mind control, Ben explains to the cops, and by extension, to the audience. He did not kill anyone willingly, but he was forced to do so by someone using the app. Kaplan’s script shines in the narration and captions, and there’s a lingering sense in this issue that it’s possible Ben did commit this murder and is simply playing on the ethos of the book to establish an alibi. It might be a little meta-reading and a stretch, but it’s hard to stay convinced of Ben’s innocence based on the formal elements of the book. What would a noir story be without a classic twist – a Keyser Söze moment where little details click into place – along with the tone and art direction of the book building on that noir aesthetic?

The art for the issue, rendered perfectly by Pearson, immediately evokes a style reminiscent of Bill Sienkiewicz and Rod Reis. The art has a painterly quality to it, with an abstract and movement-oriented dynamic. The style of art heightens the moody, noir tone of the book and builds on the mystery at the core of Kaplan’s script. Pearson plays with shadows and anatomy to blur the line between reality and interpretation, causing continued dissonance between Ben’s narration and the facts of the murder. The little touches that Pearson employs, like the distortion of figures and items, to action in the story altering the panel composition of the book, work to subtly manipulate the truth being put to page. The art makes it so that the words and pictures in front of you are lying and should be immediately questioned, as both are filtered through a person who willingly admits that their perception of reality might be altered.

Pearson does just as well working with static images, making something as simple as a computer screen thrilling to stare at, fixating on every little imperfection and detail on the screen. He also renders that distorted reality in visceral detail, with a glassing of the victim in the back of the head literally breaking apart the panel, highlighting the emotional actions. It’s fascinating to watch how the panel composition oscillates between both the traditional process and the looser and more interpretive style. The more straightforward scenes operate in those tighter, defined panels, like the grid used while Ben sets up a computer to run the experiment, which is done with a methodical hand. On the other hand, when Ben experiences the effects to trigger the brainwashing, the panels break down, and Pearson instead gives the image as a full-page, eliciting an effect similar to static or distortions.

Mindset #1 is a form of brainwashing itself, drawing one in and leaving one with a desire for more. Between Kaplan’s excellent and well-plotted script, and Pearson’s gorgeous and wildly interpretive style, Mindset is an intriguing start to a mystery steeped in a thematic question that leaves plenty to chew on. Like any good speculative fiction, it lodges a central question into the audiences’ minds and compels them to ponder the implications of the subject matter. The creative team works in perfect unison to play up that subjective view of reality and every element of the book influences the core question of how much our decisions are controlled by outside forces.

Advanced Review: Mindset #1: The Will of One